Here at Huckberry, we pride ourselves on digging through the heaps of fledgling brands out there to bring you the best unknowns you need to know. But, if we were the bettin' type, our money’d be on you having heard of the Fisher Space Pen before now. It’s kind of got a reputation: from Antarctic explorations to every manned space mission since the Apollo 7 to being featured on an episode of Seinfeld, it’s got more miles under its belt than Lewis and Clark combined.

What makes them prized among boundary-pushing explorers, astronauts, and the everyman alike? A specially-developed, pressurized ink cartridge that can write upside down, over grease, underwater, and, of course, in zero gravity. Not to mention a sleek, perfectly weighted design, built to last a lifetime from the jump: the OG space pen hasn’t changed an iota in 50 years and remains the exact same model that went to the moon in ‘68, manufactured with pride in Boulder City, Nevada.

Our latest Space Pen comes courtesy of a deal made in the ‘90s between Fisher and Lt. Colonel Ron Mumm (Commander of the U.S. Air Force Thunderbirds at the time). Mumm wanted a more grippable space pen for his pilots that was easier to grab in flight. Fisher obliged him — with an all-new design with a special “gripping knob” built in, and he engraved every one with an ode to the Thunderbirds. The design’s so handy in work environments and easy to snag with gloves on, it’s also particularly useful in the trades or any other situation when you’re jottin’ down ideas with your hands full. 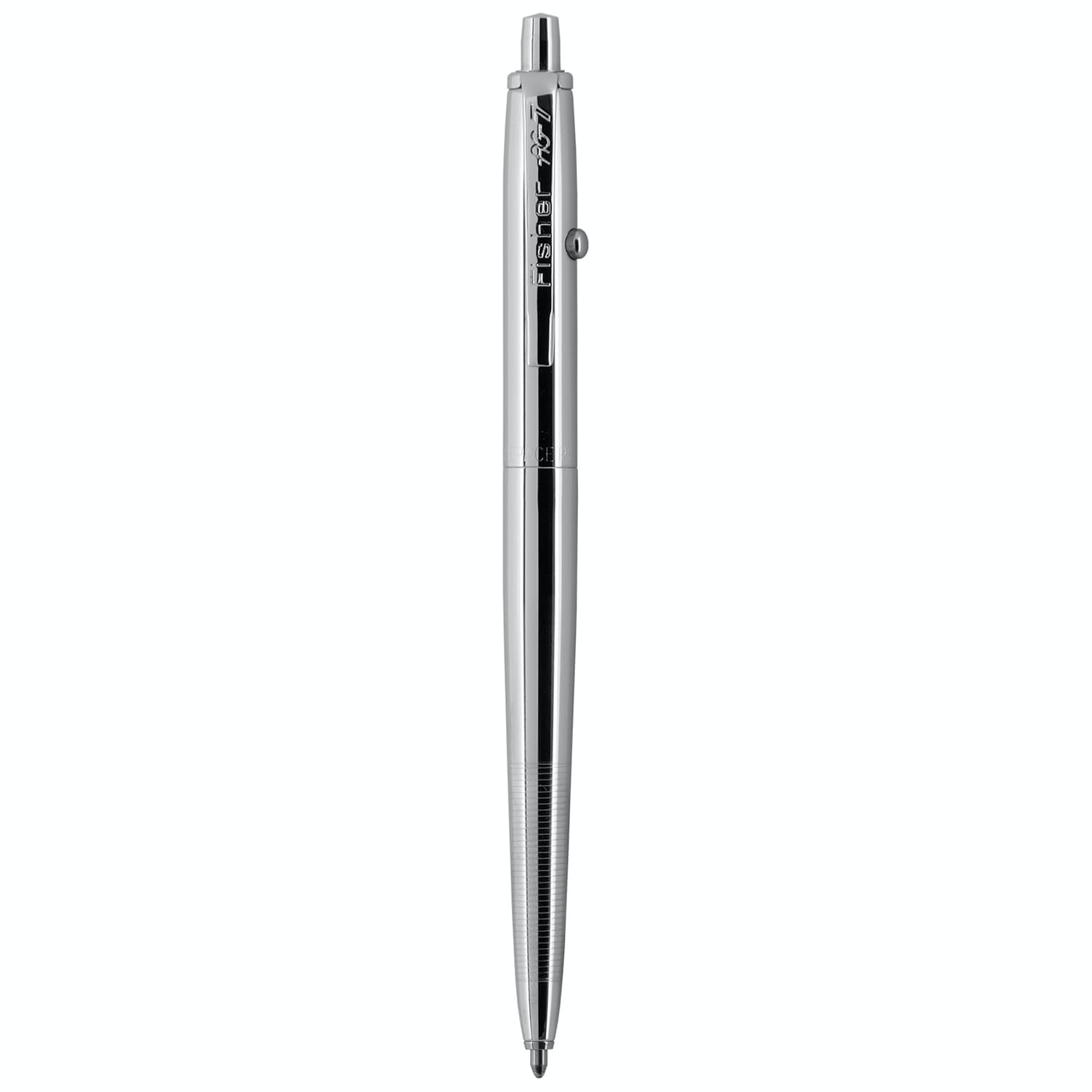