If the late John Berger taught us anything, it's that the best definition of art is "a way of seeing." That's why we created the Huckberry Artist Series — a partnership with some of our favorite creatives, a peek into their process, and a chance to see the world through their eyes. And to bring just a little more of their world into yours, we teamed up to create a limited run of prints and merch.

"There is a difference between looking and reading" 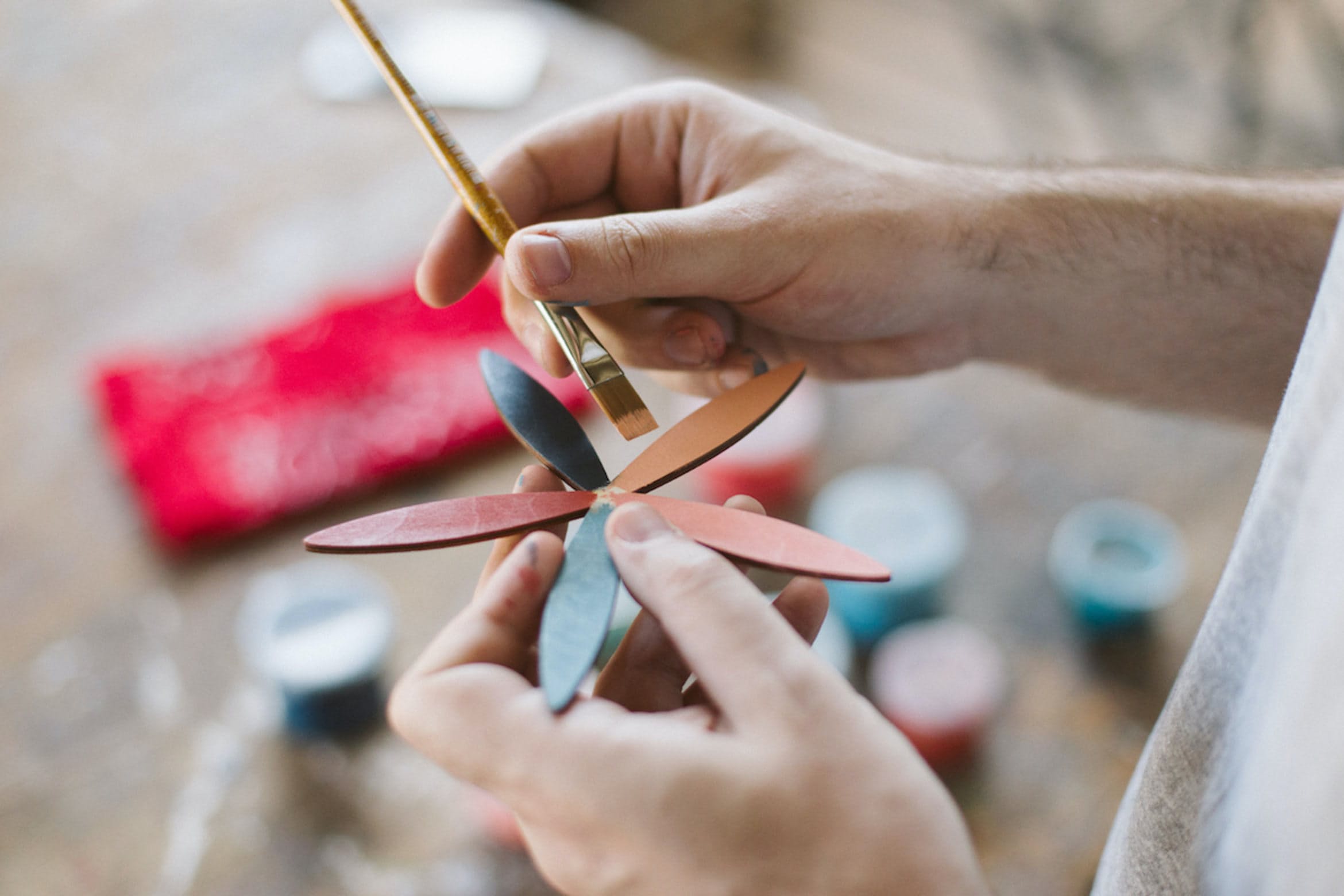 "They may see things that I don’t, which I love because it extends the life of the work in different directions and beyond my own connection to it.”

Look long enough at one of Scott Albrecht’s woodcuts and there’s a good chance your mind might start playing little tricks on you. Inside his colorful abstractions, patterns begin to emerge, then letters appear. You make out an “a”. Then you notice a lowercase “d” and maybe an “s”, too. What does it spell? Your mind keeps searching, trying to piece together a message.

Through a long multi-step process that starts in his journal and includes digital sketches, laser-cutting dozens of individual wood shapes, lots and lots of gluing and clamping, and hours of meticulous hand-painting, Scotty is able to create forms that are both challenging and inviting at the same time. His works are puzzles for the eyes and the mind that reveal new little discoveries every time you look at them.

We caught up Scott at his shop in the Gowanus section of Brooklyn to talk New York, the importance of working offline, and the merits of a slow, meticulous process. 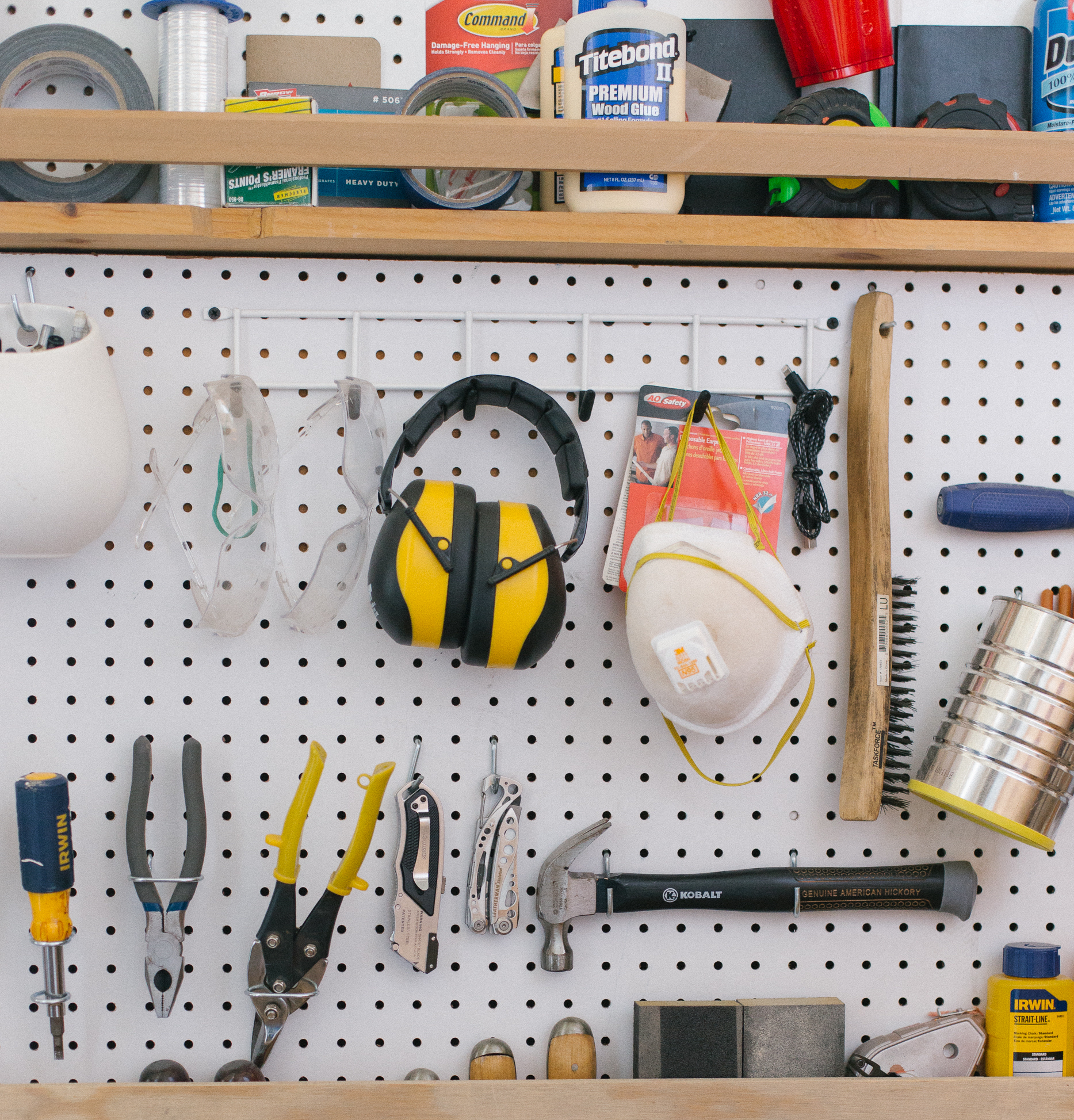 First off tell us about your neighborhood in Gowanus. How long have you been there?

Gowanus is a fairly industrial neighborhood in Brooklyn that’s home to a lot of artists, various studio practices, and small businesses. I’ve been there for about eight years as a member of a communal studio called the Gowanus Studio Space. It’s been great because in my current studio setup I split my time between working there around some really talented people, and out of my apartment when I need to just hunker down and focus. It gives me the best of both worlds.

Your dad is an artist, did that influence you to pursue a creative path?

Absolutely. Growing up and being around my dad, as well as my family in general, art & design was almost always a part of the environment, so it found it’s way into the things I was doing both consciously and unconsciously. I think one of the cooler things in hindsight was that my parents encouraged my brother and me to make the things we were interested in. So if it was comic books, we were encouraged to make our own comic books. If it was skateboarding, design your own skateboard or make your own ramp. It created a very participatory mindset versus a spectator mindset, which I’m really grateful for.

When I was in high school my dad started a design and illustration business out of our house. I think being around that showed me some new possibilities and new tools which lead me to publish a zine. At first, the zine was a way for me to share some music I was listening to with my friends, but over time, it snowballed into a bigger production and eventually was the reason I went to school for design.

Tell us about your path into art.

I was always into drawing. But since I went to school for graphic design, a lot of what I was doing was digital, so it took me a little bit to come back to those more traditional mediums. Early on I realized I wasn't totally comfortable with the majority of my design efforts being for commercial projects. So I started to create work for myself with the things I was drawn to in design, like typography, simplified shapes and forms, color blocking etc. — and that eventually lead me back to art.

Painting, laser cutting, saws, glue, Adobe Illustrator. You use a lot of tools and mediums to make your work.

A lot of the work I do initially stems from writing. I try to write fairly often as a way to help articulate my thoughts on situations and better understand what to take away from them. As for the work itself, I go through several stages of production, which is more or less a long, continuous refinement process. I start by sketching most of the works, and then take that and refine the shapes in illustrator to get the exact forms. From there I use a laser-cutter to cut the initial shapes and once I have the pieces cut, I go through a pretty lengthy production process of gluing, sanding, painting and reassembling all the pieces.

How did you move from typography to woodwork?

Typography has always been a bigger interest for me. Even with these woodworks that I’m currently doing, they are largely rooted in abstracted forms of typography. The choice to work in wood is really more of a reaction to a much earlier decision to try and distance myself from the computer. Working as a graphic designer, you kind of inherit the computer as your tool, but I didn’t want to lose the more tangible qualities of making something by hand.

What's your approach for these abstracted pieces?

Working with typography in any kind of artistic or visual capacity can be tricky because there is a difference between looking and reading. When you’re looking, you’re taking in the piece as a whole and the specifics of the piece, whereas when you read, it’s more about the communication of the message. With these works in particular, they’re attempting to flip that relationship and slow the viewer down to look and engage with the forms within the work first. The characters are often dissected and reconstructed in a way that puts more focus on the individual shapes that make up the character than the letterform itself.

What kind of reactions do you get from people after they see your work?

Seeing people’s reactions to the work is super fun to me because it’s such a range. Some might get what I’m going for but people come with their own contexts. So they may see things that I don’t necessarily see or relate to it from their own experience, which is something I can’t predict but I love because it extends the life of the work in different directions and beyond my own connection to it.

Your shows take you to some pretty cool places. Do you have a favorite recent spot you traveled to?

Last year I was in LA a lot and really enjoyed it. I had a show and a print signing with Subliminal Projects for a show titled “New Translations” and later smaller exhibition titled “Together” which was a series collaboration with 3sixteen. I hadn’t spent too much time there before so it was great to be able to see more of the city (LA is huge!) and hang with some friends out there.

If we gave you a plane ticket to go anywhere in the world right now, where would you go?

Man, there are too many places to choose from, but anywhere tropical is a good start for me.

What other artists do you most admire?

Visually, I’m definitely more drawn to various forms of graphic art. Mid-century artists and designers like Stuart Davis, Alexander Girard, Irving Harper, as well as various eras of folk art, illustrative art, etc. There are also specific qualities to artists that really blow me away. For instance, Raymond Pettibon’s writing, to me, is amazing. I don’t think a lot of people characterize him as a writer but he can distill such complex and loaded ideas, into just a couple words it kind of blows my mind.

What do you listen to in the studio when you’re working?

I’m all over the place when I’m working and it’s mostly dependant on my mood or the type of work I’m doing. I’ve gotten in the habit of compiling a playlist every couple of months of songs I’ve been listening to which has become a pretty fun time capsule when I come back to them. Here’s a pretty recent one.

But beyond those, some bands that are on regular rotation for me are The Replacements, Sonny & The Sunsets, Monster Rally, Fugazi, A Tribe Called Quest, Yo La Tengo, Minor Threat. Also the J Dilla x Beach Boys: Pet Sounds mashup is great.

Any other cool projects you have on the horizon you can tell us about?

I’m working towards a couple shows at the end of the year, one with my friend Kirk Bray (also of Billykirk) in Philly at Pink Slime Gallery in October, another with Mary Iverson in Amsterdam at Andenken Gallery and I’ll be showing a small collection of new work with Paradigm Gallery at Scope Art Fair in Miami in December.

Are there any dream projects you want to work on?

I think it’s from living in New York, but I would love to collaborate with the MTA to do a subway station here. I think there’s something really wonderful about creating work that can interact with people on a daily basis. 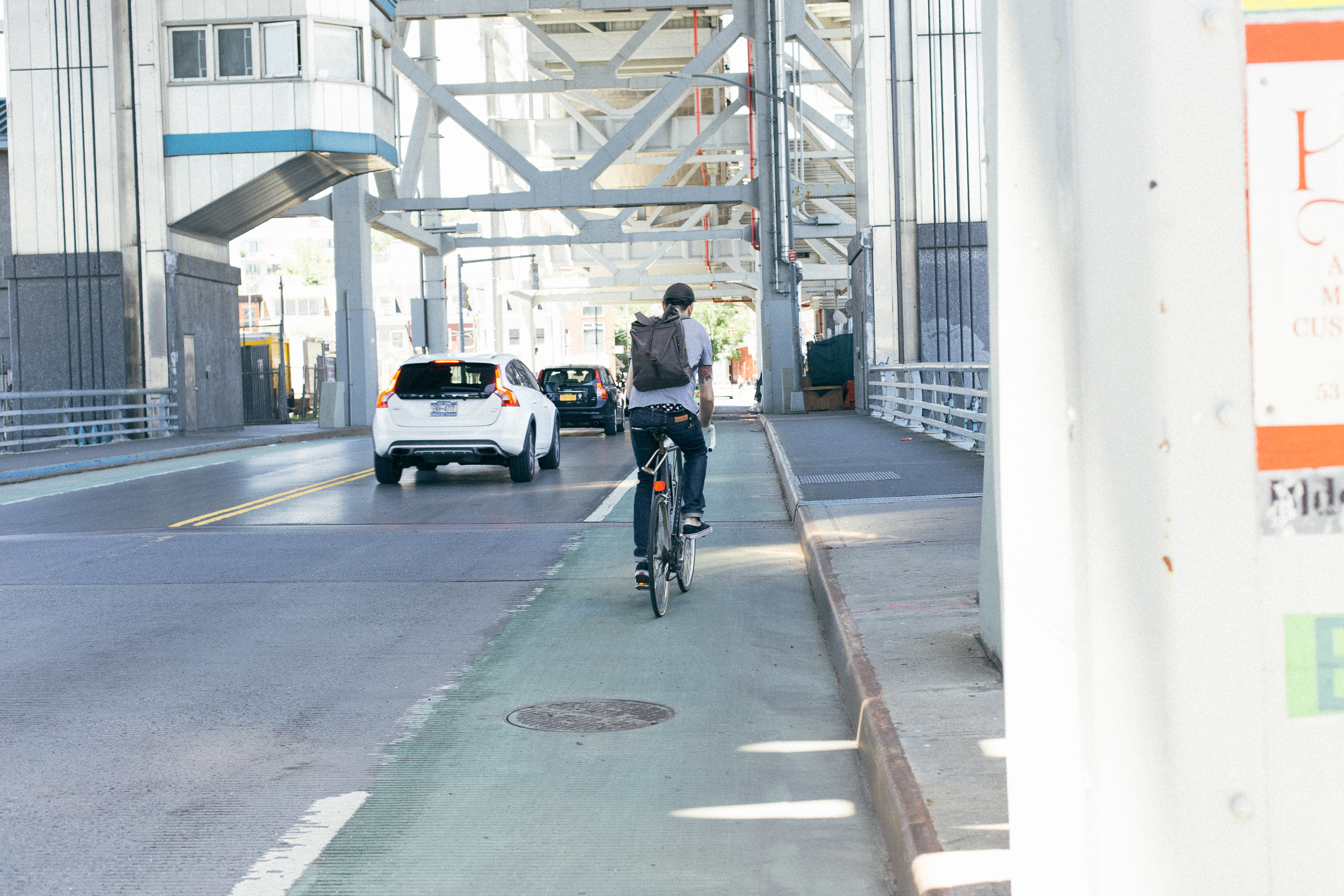