May 10, 2015Words By Zach PinaPhotos By Nicole Mason and Gregory Woodman

Discovering, collecting, and appreciating art is a truck stop on the way to figuring out who you are. What you like. What you don't. The feelings you feel. The feelings you don't. Art makes your soul grow, as Vonnegut once said. It's why we've created the Huckberry Artist Series, in which we're partnering with some of our favorite artists to share their stories and create one-of-a-kind, limited edition prints, posters, and tees.

We couldn't be any more excited to kick off the Huckberry Artist Series with our friend Sam Larson, a Portland, Oregon-based illustrator who's one of the rising, young stars on the art scene, and an owner of one of our favorite feeds on Instagram. We recently had a chance to pull up a chair in Sam's Portland studio to chat art, inspiration, the outdoors, and his slightly strange obsession with animals eating pizza. Sam also created a few exclusive tees, prints, and stickers for us, which are available to purchase below in limited quantities. Onward.

"I’m not one of those guys that sits on Tumblr or Pinterest to find inspiration..."

Since I was three or four years old, I've always drawn with computer paper and whatever pencil I could find — that has been my start. But beyond that, I've always just been interested in art, and always creating. It wasn’t really until high school when my best friend and I started printing tees out of my basement for companies and local bands when I was like “whoa, we can make money out of art.”

For me, it's always been about the process and less about the tools. Specifically I think people get so held up with what medium to use because they feel like they have to use a certain expensive pen or some special paper, when what they need to realize is that the goal of creating art really has little to do with the utensil itself. Personally, I mostly work with just a black pen and white paper. That's it. Granted, I'm always happy experimenting with things — cardboard boxes, crayons, paints or markers, which are great, but ultimately, I try to keep to the basics because they’re cheap and super easy to carry around. 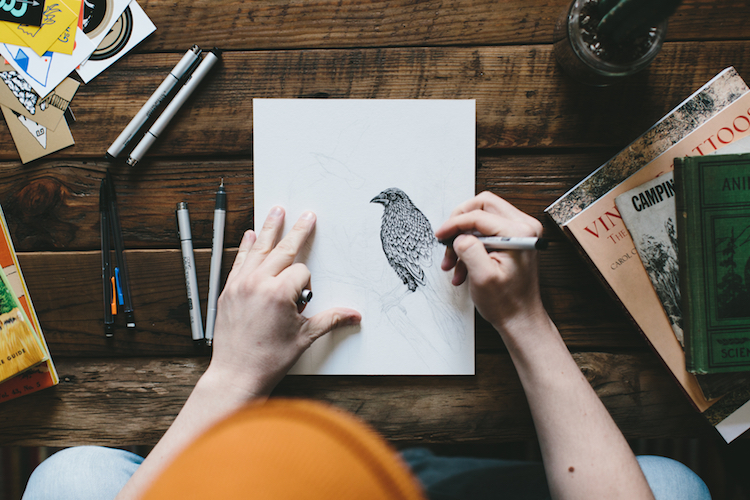 I’m really not one of those guys that sits on Tumblr or Pinterest to find inspiration — it just doesn’t work that way for me. For me, I just constantly have my eyes open — specifically on historical periods like the 1800s. In fact, I’d say one of my biggest inspirations is the Wild West, and the figures like Geronimo who really defined that period in history. Once I put pen to paper, a lot of my actual drawing processes comes from memory, instead of trying to replicate exactly what a tree or mountain looks like. I mean, I might be drawing trees and mountains completely wrong if I actually looked, but I don’t care if it’s exact. Generally, I do a lot with black and white, but I also really like bright colors, like you'd find in old pennants, travel brochures, or souvenir shops. I actually collect all this old travel paraphernalia from the fifties and sixties — stuff like postcards, decals, patches — anything with a cool or interesting perspective. Especially if it's from a more artistic, or western historical perspective — these are the things that really drive my attention. 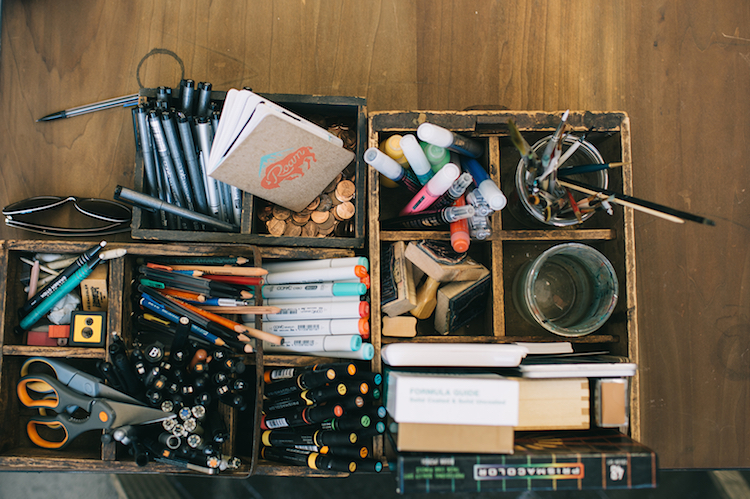 Having a family who constantly encouraged me to draw has always made the greatest overall impact on my work. In fact, my family had quite a bit of land back in Wisconsin — where half of it was for crops and the half of it was woods — and that's where many of my early outdoor experiences took place; building forts in the woods, exploring, going sledding — those sorts of things that'd pave the way for inspiration later.

I'm always getting tagged on Instagram by friends spotting my art tattooed on people I've never met, which I think is kinda weird because somebody else takes the art I created, they give it to another artist who tattoos it, and ultimately gets the credit. Just kind of a weird thing for people to be ok with, really. But I get asked a lot to specifically draw tattoos for people — it's actually one of my most common daily emails. I really like tattoos, but they're a weird world that I'm now bound to, for better or worse. Still trying to figure it all out. 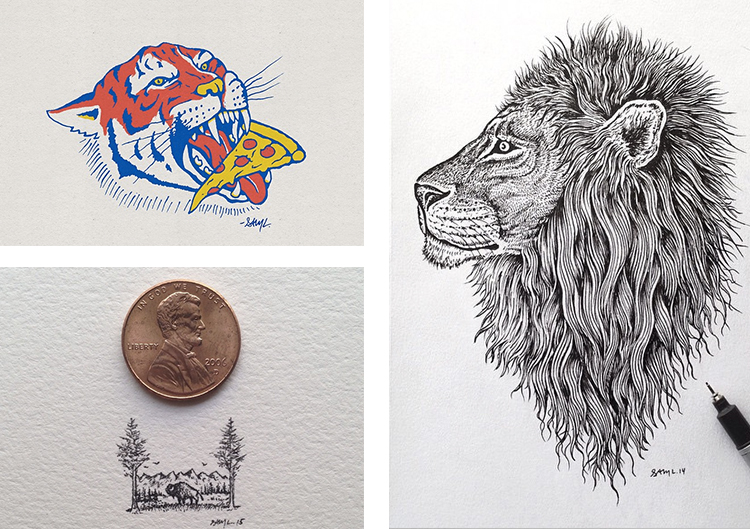 I have this Levi’s jacket that has some nice pockets for carrying all my little sketch books and pens, along with a pencil or two and any other basic drawing materials I need for the day. I also generally have a beanie on just because if it’s early in the day, I might not have showered yet and need to get my mop up here under control. I also usually keep a precision pen around — it's not particularly different from what's in my usual quiver, it's just a different size — the tip is 0.03mm, nice and precise, making it perfect for the super-detailed stuff on my "penny art."

[laughs] Ahh yeah, that series is called "animals munching pizza." ...Because why not? 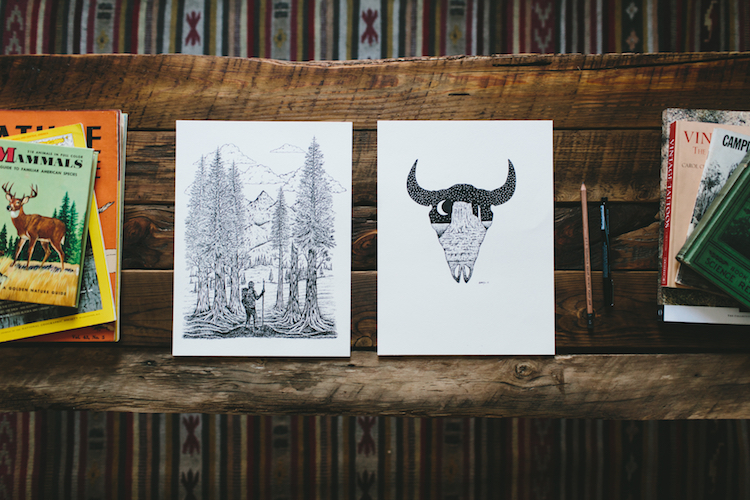 ...ON WHY ART MATTERS

It matters because it's this universally relatable communication of emotion between an artist and someone who might not otherwise have anything in common. And it can totally change someone's life, which is amazing; like how it could turn someone from having a bad day, into having a good day. It’s so crazy to me to get a comment or message from somebody that says that whatever little drawing I did totally turned things around for them that day. I'm just like, “wow, this little thing I do in here?”

Knowing what I know now, I would probably tell the 20 year-old version of myself just to like... Man, that's only like six years ago for me now! Maybe I'm the wrong person to ask because I don't really have any serious regrets [laughs]. Maybe what I'd say is just to keep on the track that you're on because that's ultimately how I got here. Persevere, and just keep working as hard as you are, because the longer you keep it up, the sooner you'll get to exactly where you want to be. [H] 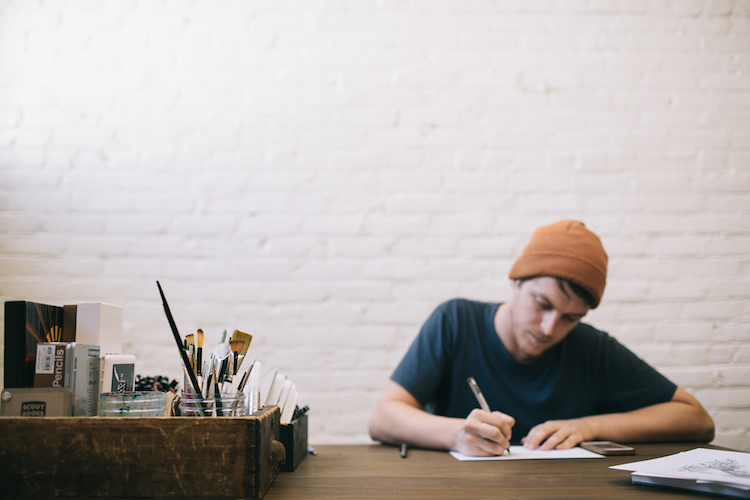