Discovering, collecting, and appreciating art is a truck stop on the way to figuring out who you are. What you like. What you don't. The feelings you feel. The feelings you don't. Art makes your soul grow, as Vonnegut once said. It's why we've created the Huckberry Artist Series, in which we're partnering with some of our favorite artists to share their stories and create one-of-a-kind, limited edition prints, posters, and tees.

Our exclusive Huckberry Artist Series continues with our buddy John Fellows, a ridiculously talented Denver-based graphic designer and freelance artist who has found his calling in doing things the hard way. See, each of John's prints start as a simple pencil or pen sketch that’s then brought to life through the painstaking process of linoleum carving. It's all done by hand using old-school tools (re: a carving knife and a wooden spoon for printing), yielding something unlike anything we've ever seen.

We sat down to get a little insight on John's unique creative process — the very same which yielded the below tees, prints, and stickers, all of which are available exclusively to Huckberry in limited quantities. Onward.

Things really got under way when I took a linoleum carving class as a general elective in college as a way to never have to take another computer course. I really fell in love with the medium and just kept going with it. Then in 2009, I wanted to add color to a new carving without having to deal with color registration, and for some reason I decided to try collaging different old papers together to do this. The tone of the paper gave the piece “color” while still retaining its own hands-on and aged feel. Something just clicked and my “style” was born. Someone later called it “Contemporary Folk” and the name pretty much stuck.

Well for starters, you really don’t see too many buildings and cities showing up in my work. I like using physical things that people can directly relate to, especially since most of my work is either loosely based on my own personal travels to foreign countries and experiences in the mountains or at the sea, or inherently through someone else's story in these 'found' articles. To do this, I collect a lot of old topographic maps, nautical charts, books and scrapbooks — most of which I've salvaged from thrift shops to use for my artwork. I mean, I have drawer after drawer filled with that stuff, in addition to used postcards, foreign airmail envelopes, and trail maps from ski areas, all of which kinda piles up around the house, much to the dismay of my wife. However, if you looked at my desk this exact minute, you'd think I collect empty beer cans and coffee cups. Anyway, one of my favorite thrift store scores has been a series of nautical charts of the Maine coast from the 1920s. These old things are amazing because they’re perfectly yellowed and fully stained with salt water — they even have the original owners sailing course plotted on them in pencil.

My space is a little messy, but I've learned that it's just not in my nature to keep it tidy. I mean, I'm always seeing studios that are so beautiful and well designed with cool stuff all over the place. As much as I would love to have a workspace like that, I've found that I prefer the floor littered with linoleum scraps and bits of paper, and the walls covered with sketches that need to be carved — it all adds up as bits of inspirational ephemera to use towards whatever's kicking around in my head. 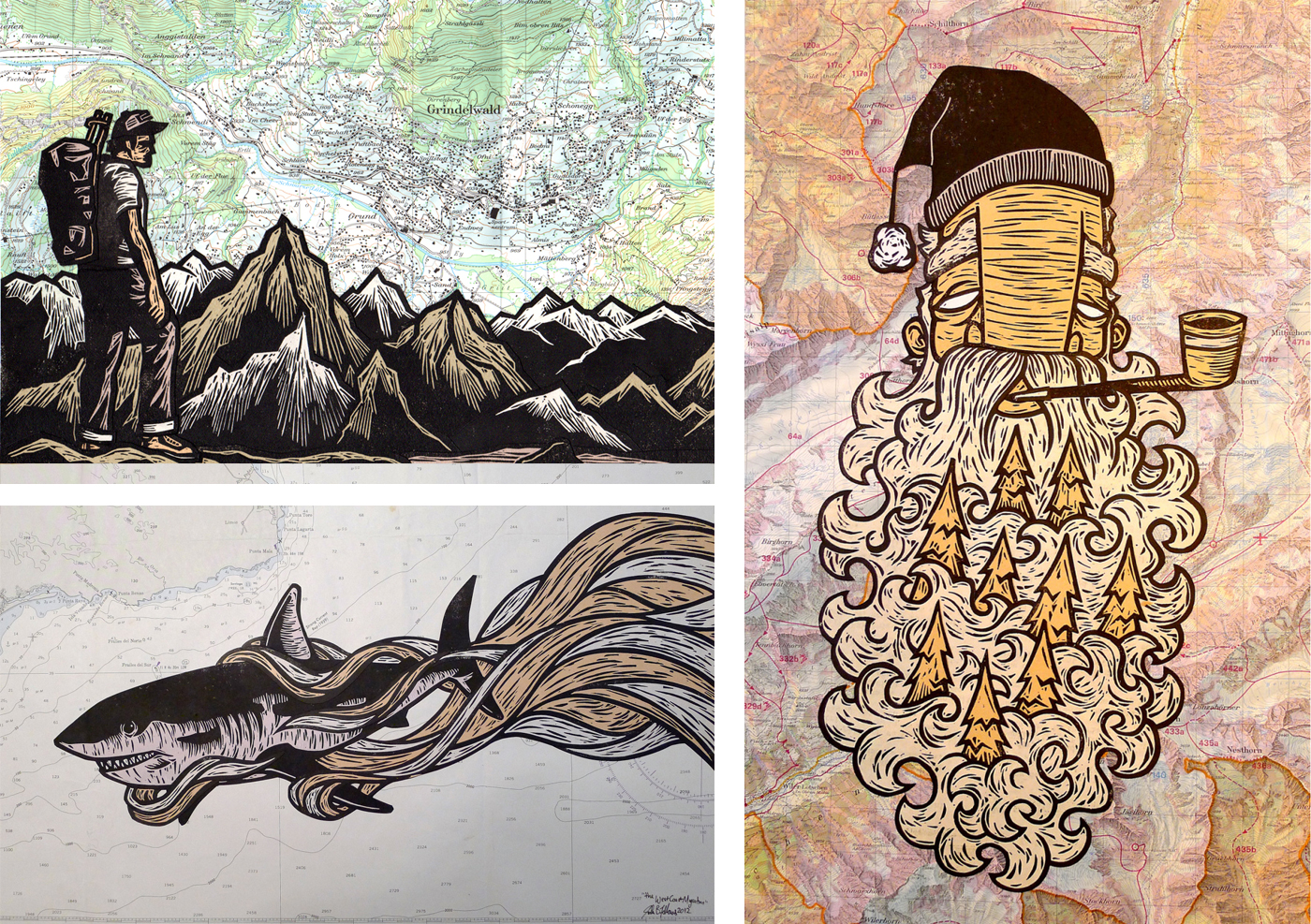 ...ON HIS FAVORITE PROJECT

It's a toss-up between the skis I just finished for one of my favorite ski companies and these skateboard decks I did for Element. Both of these projects came about from the 'zines I make — something which I've been doing since the 7th grade when I was really into hardcore music and skating. These days, I make a zine every year documenting all my most recent art and travel, partially out of a love for the printed page, and also to send them to people and companies that I admire who might also appreciate 'em. Man, I wish more people would make zines... 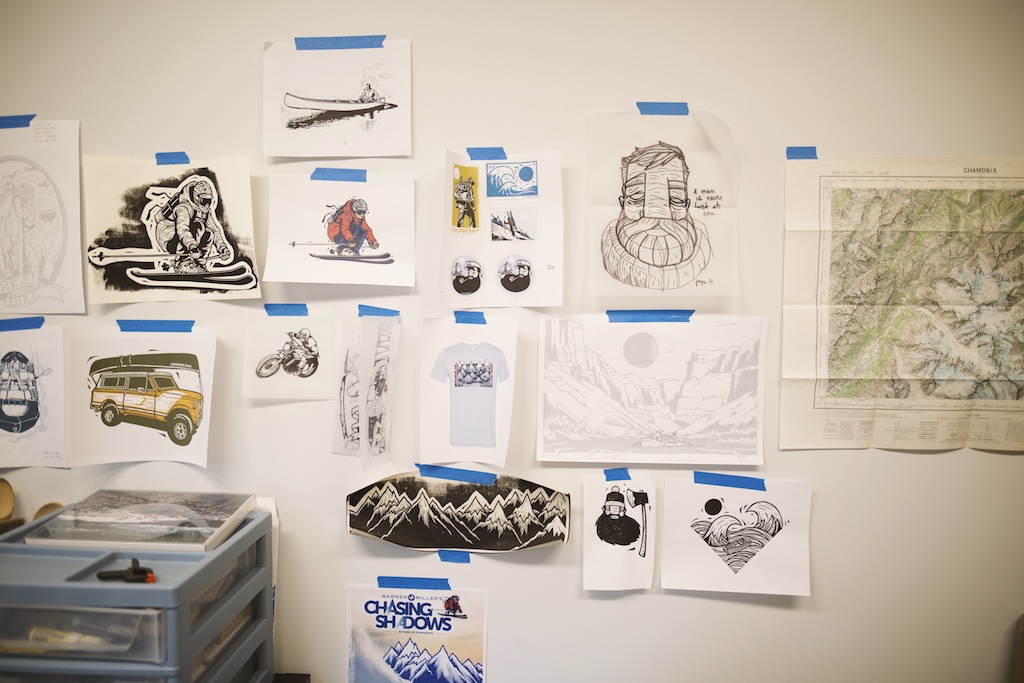 I think my favorite artist would have to be Thomas Campbell. His stuff is extremely creative and fun and he doesn’t take anything too seriously. On top of that he’s a great photographer, filmmaker and music producer. It’s amazing how much creativity that man has!

My earliest memories of the outdoors were in Germany when I was a kid. We lived the van life driving all over Europe in our Westfalia camping in every country and running around the Alps. I think from those experiences, my 'happy places' have always been outdoors. If I could go anywhere, I'd go straight to Japan with my skis to experience the famed pow in “Japanuary.” But if it’s summer or fall, I'd love to find myself at the bottom of the Grand Canyon on a raft trip with a bunch of friends. 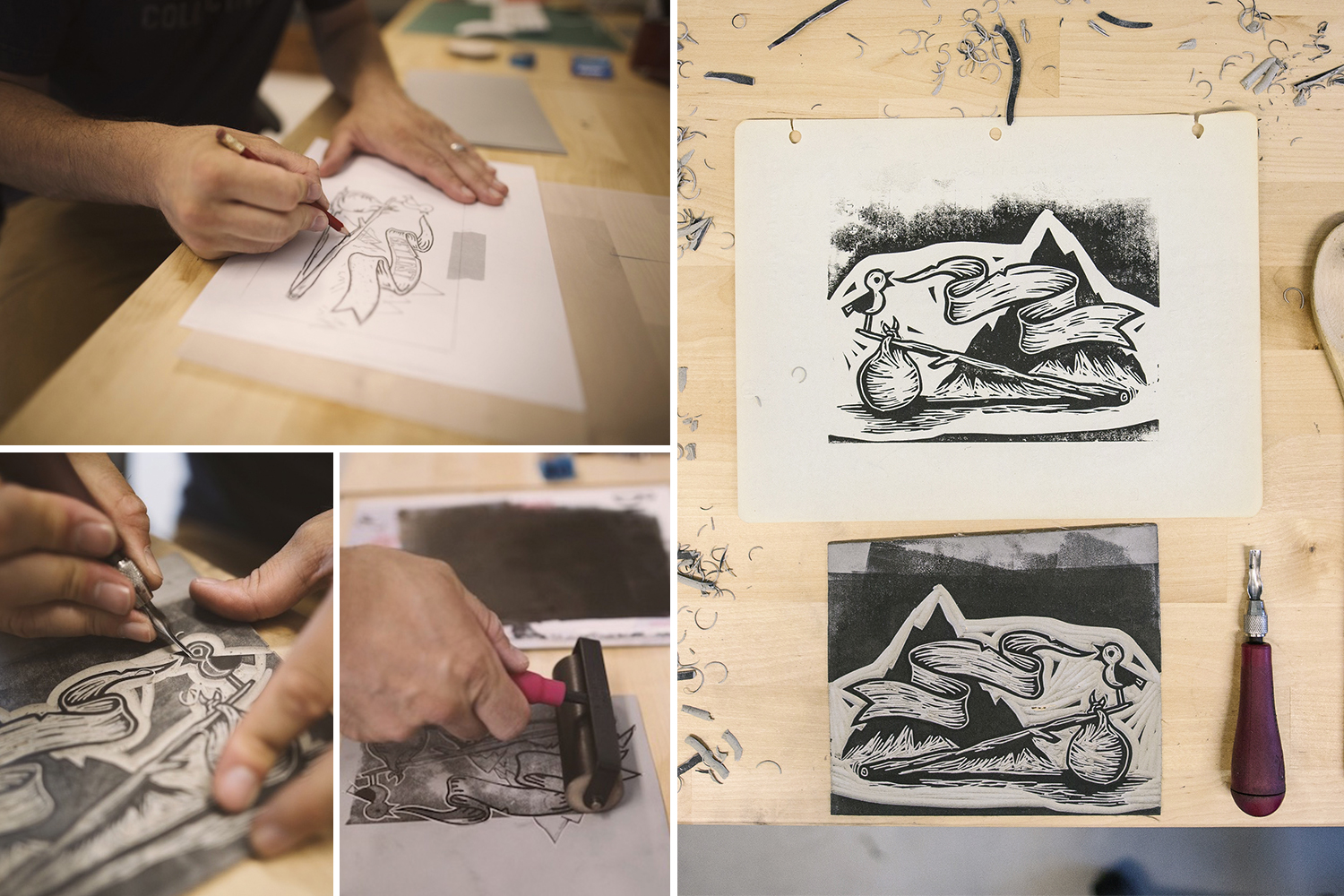 The last great book I read was called “The Wave: In Pursuit of the Rogues, Freaks, and Giants of the Ocean” by Susan Casey. It is a really interesting read that covers some really crazy and scary stuff — I'd highly recommend it to anyone that likes to spend time on the water. I’m also currently reading “The Emerald Mile: The Epic Story of the Fastest Ride in History Through the Heart of the Grand Canyon” by Kevin Fedarko. Rafting the Grand was one of the best things I’ve ever done in my life — so much so, that I'd highly suggest quitting your job if you have to, if you were offered a spot on a raft trip down the Grand Canyon. Seriously. [Editor's Note: "BRB, quitting job to raft the Grand"]

"WHAT WOULD YOU TELL THE 20 YEAR-OLD VERSION OF YOURSELF?"

Buy more plane tickets and spend more than one winter season in the Alps. Oh, and go to Australia and New Zealand sooner. [H] 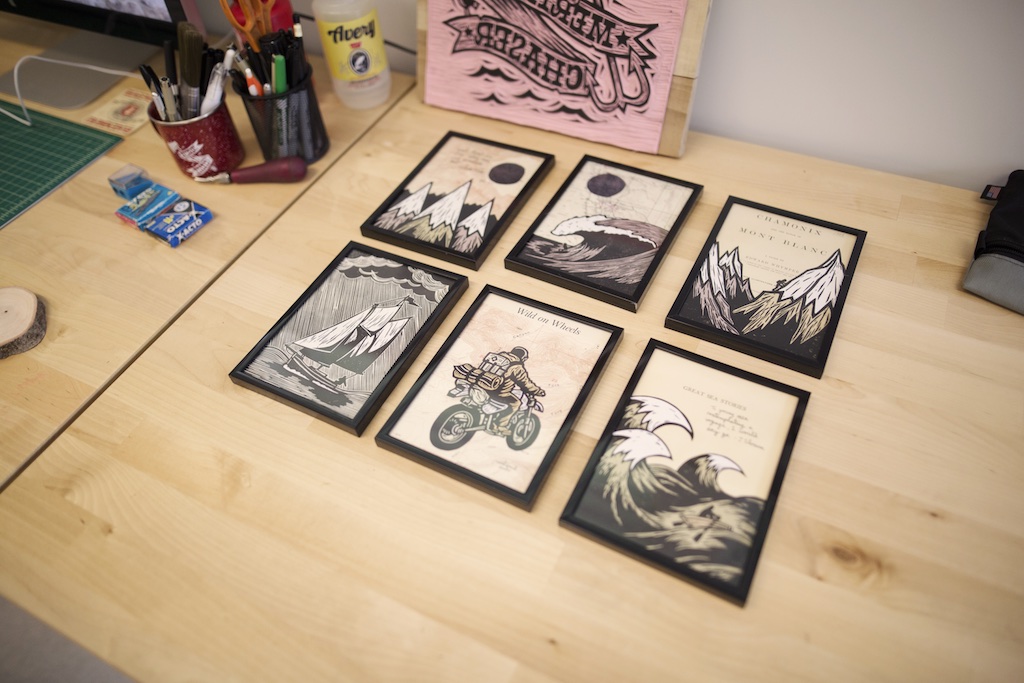