WWII: The War in Color

artime propaganda in history often gets treated with a focused eye in modern times. In movies and television recalling the era, we see a short grainy film shown in a movie theater, or the ubiquitous Uncle Sam poster demanding you go to the nearest recruiting station. What might be less-known is that during World War II, the United States Office of War Information (OWI) was created solely for the purpose of pumping out American propaganda in all forms.

What the OWI especially did well was show the patriotic activities at home, involving women, minorities, and defensive military forces. Unfortunately, these photographs, films, radio broadcasts and other forms of media don’t get the same attention as the ones focused on the front lines. 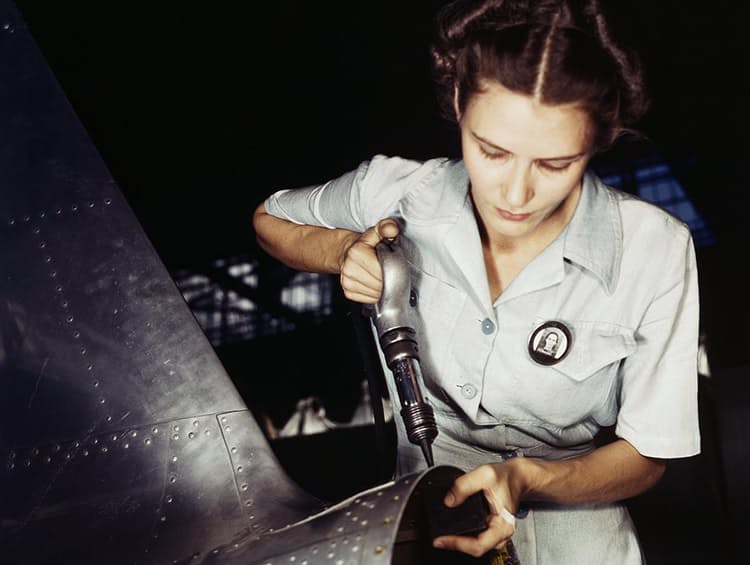 Officially formed on June 13, 1942 by President Franklin D. Roosevelt, the OWI was a government agency that consolidated existing services to provide a united force of propaganda during WWII.  Even though the war is well known to the American public now, at the time most citizens felt left in the dark about any sort of information — especially as to why the United States was providing resources for the war effort to begin with.

There was obviously no easily accessible digital media, and citizens would jump at anything offered to them. Americans were especially weary of a national outlet of propaganda, with comparisons readily being made to Joseph Goebbels’s in Nazi Germany. However, following the attacks at Pearl Harbor, opinions shifted and the need for information was greater than ever. 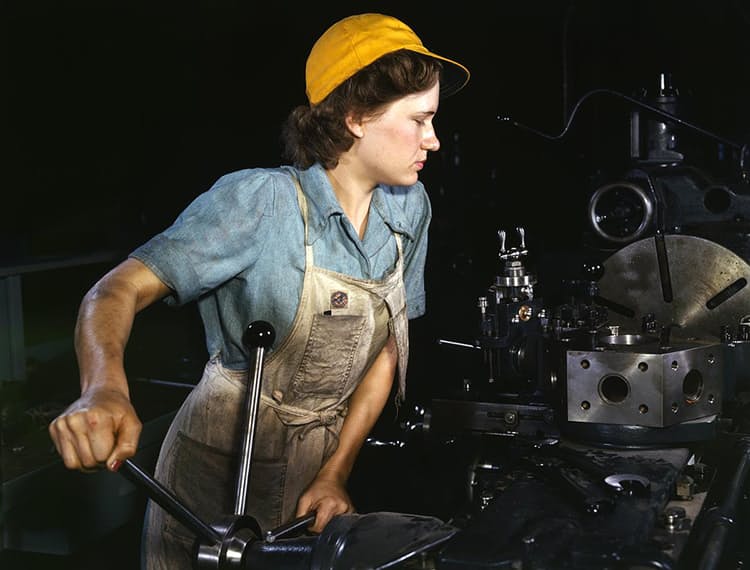 Between 1939 and 1944, OWI photographers Alfred Palmer and Howard Hollem produced thousands of photographs, with many of them in Kodachrome color. Collected by The Atlantic, even the original photographers’ captions were kept intact.

As per the nature of propaganda, most of the photographs are highly posed, but depict actual happenings on the U.S. home front to support the war. Many of the subjects are women working in factories, a common occupation for the wives or widows of soldiers overseas. 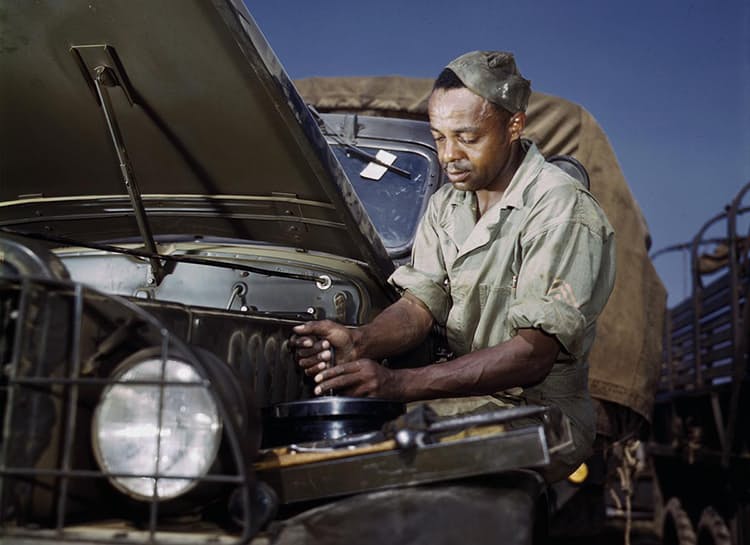 The photographs show the sharpness and high contrast that Kodachrome film is famous for, and the results are stunning—especially for those used to grainy black and white wartime photos.

Whether it’s an African-American mechanic, women working on the inside of a cockpit, or a soldier posing with arm cocked holding a grenade, the scenes are diverse. Aircraft are featured frequently, as the factories built and operated stateside figured heavily into the war. 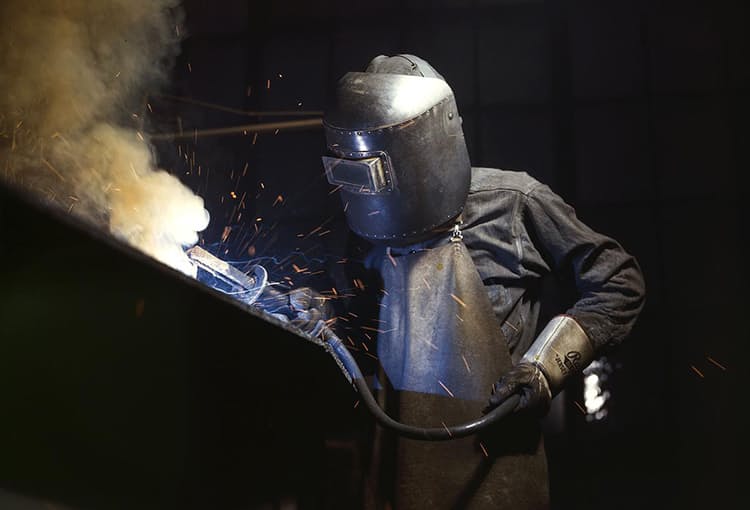 Effective September 15, 1945, President Truman terminated the OWI. He concluded that post-victory, there was no reason to continue the gathering of information and propaganda delivery efforts. The resources from OWI were transferred to other government agencies, including the State Department, the U.S. Information Service, and what eventually became the CIA. The latter agency’s “information gathering” abilities are now infamous.

Although the OWI had a short shelf life, more than half a century later we’re lucky enough to have these photographs. These images tell the stories of Americans still at home during the WWII, and the sacrifices and efforts they too made. [H] 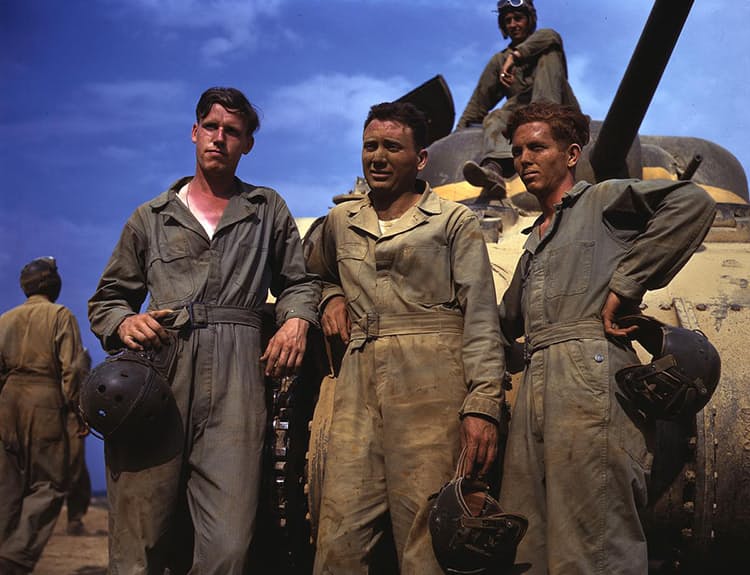 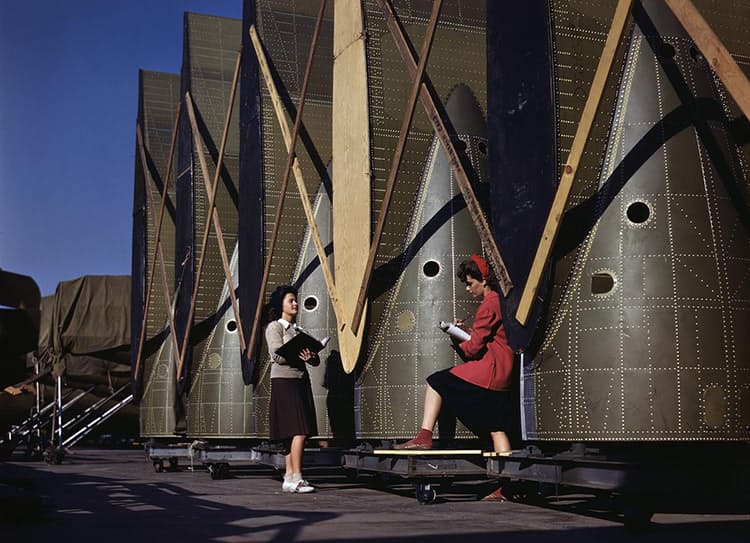 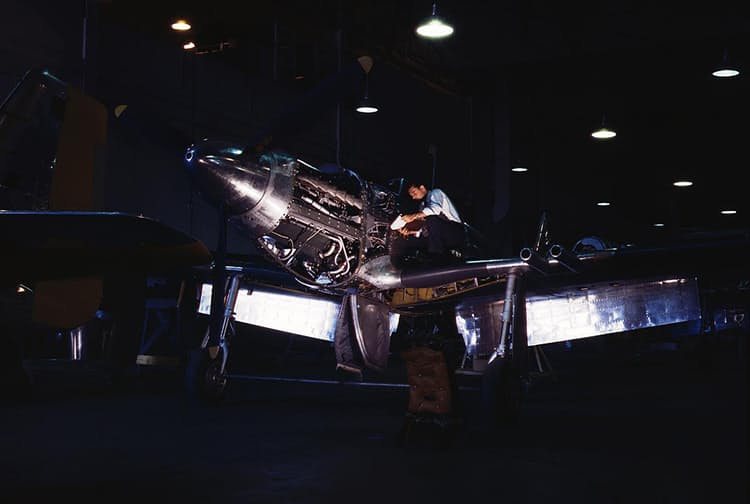 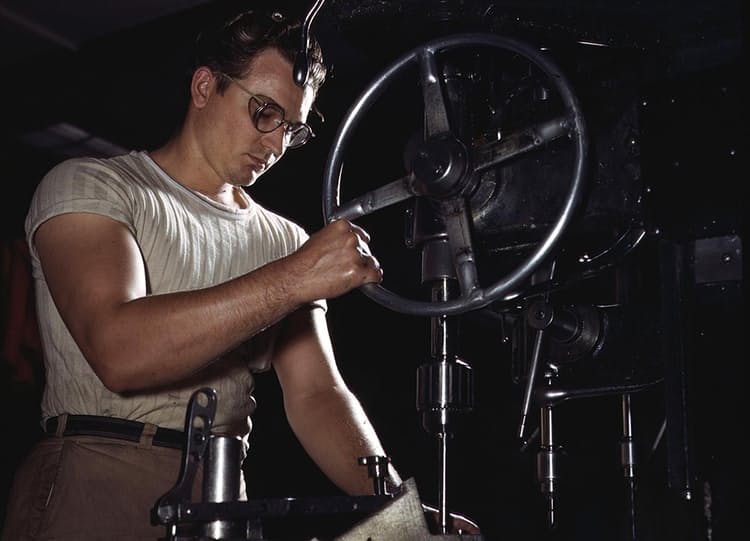 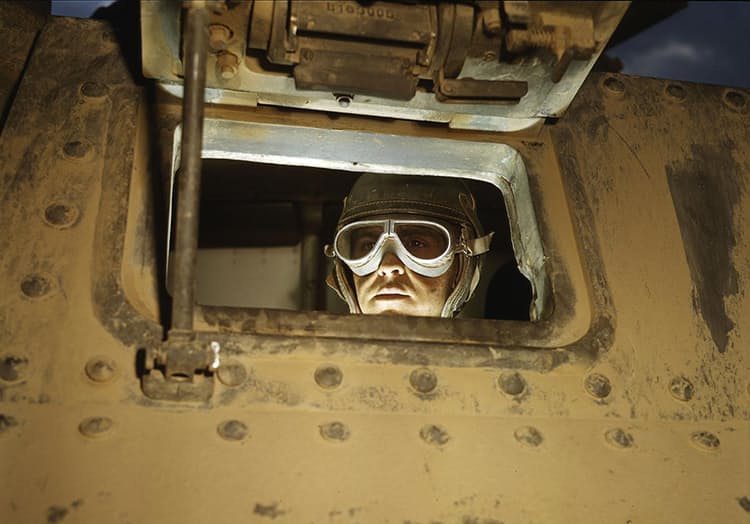 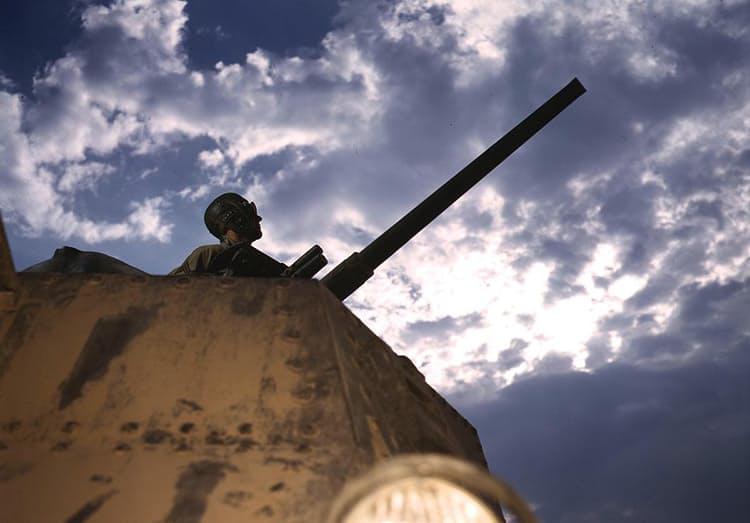 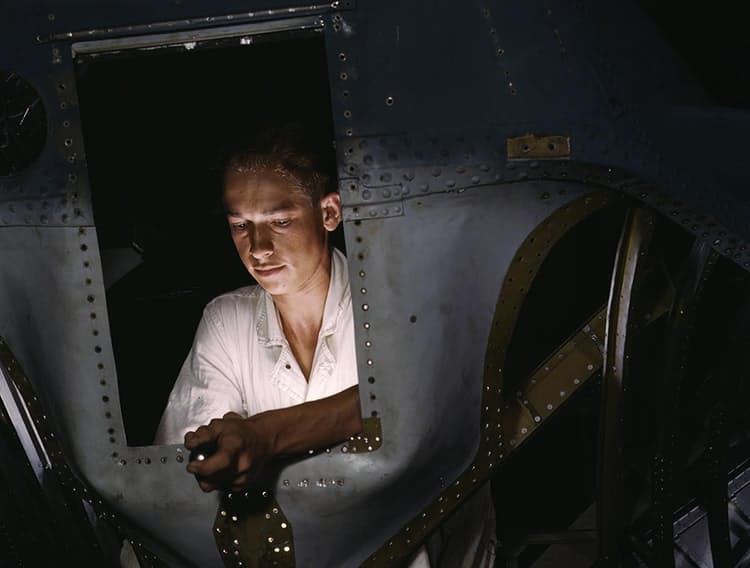 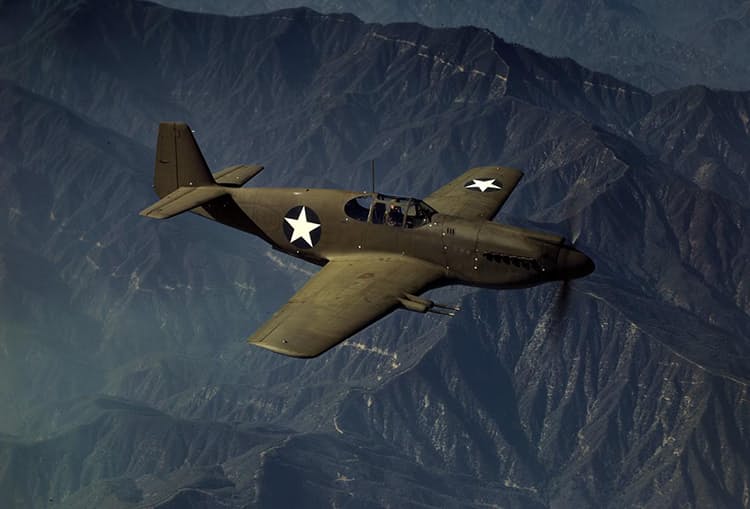 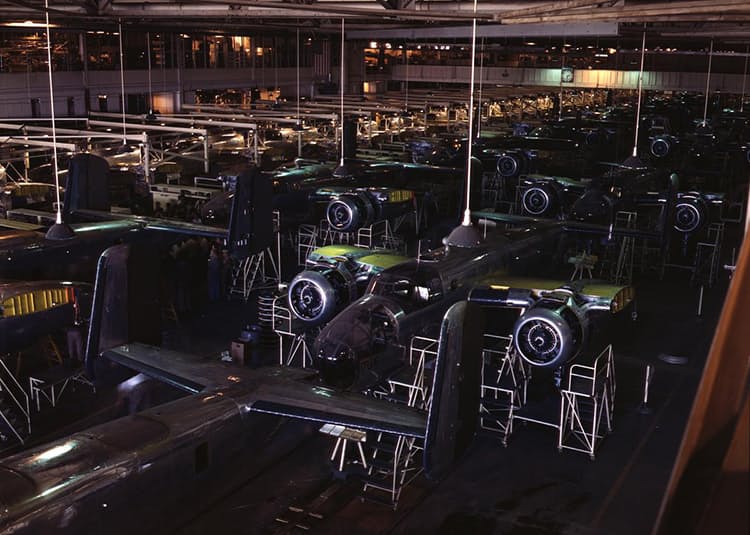 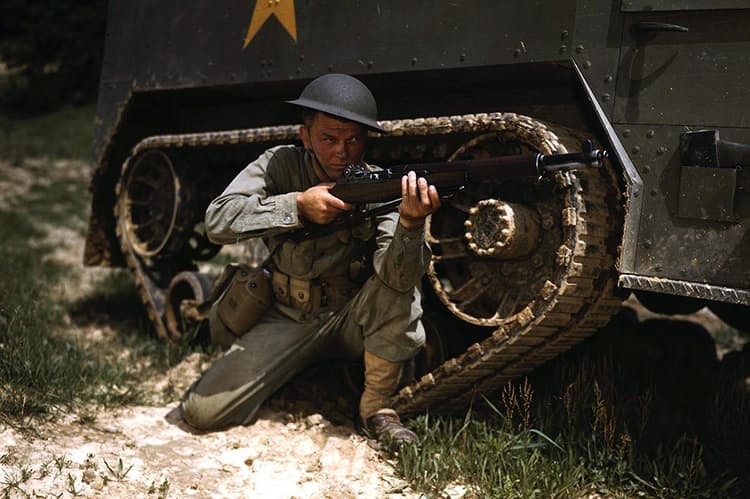 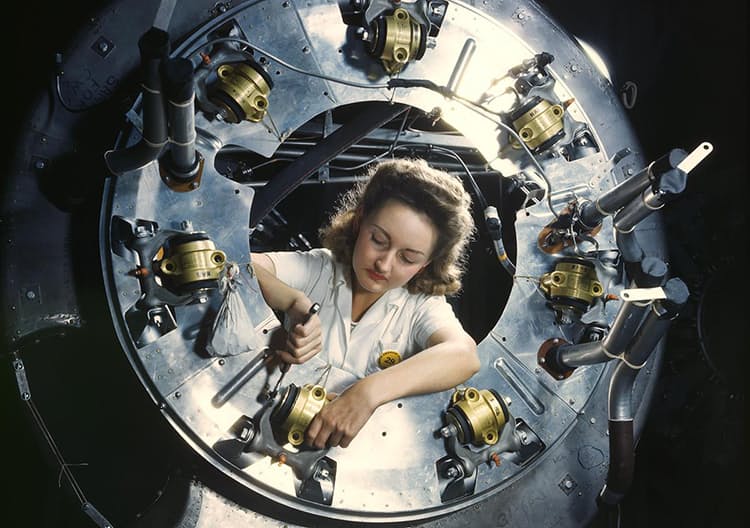 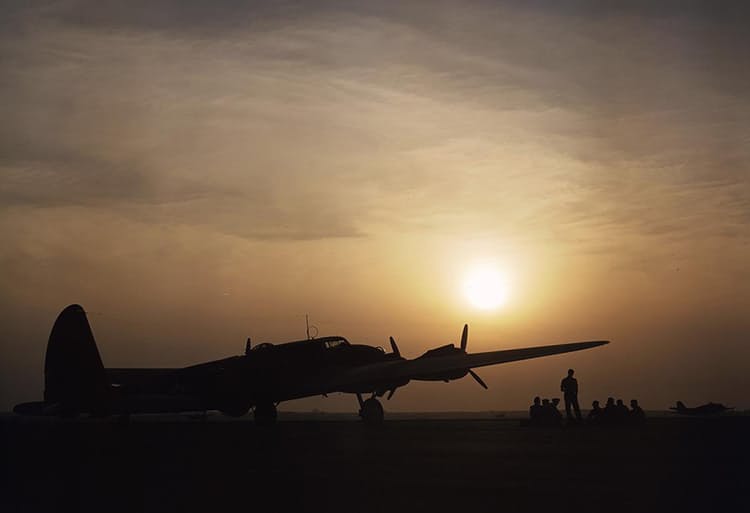 Austin Bryant is a style and culture writer from Boston, MA.
He's passionate about photography, his next favorite beer, and Nicholas Cage's hair.
Follow him on Instagram and Twitter here.