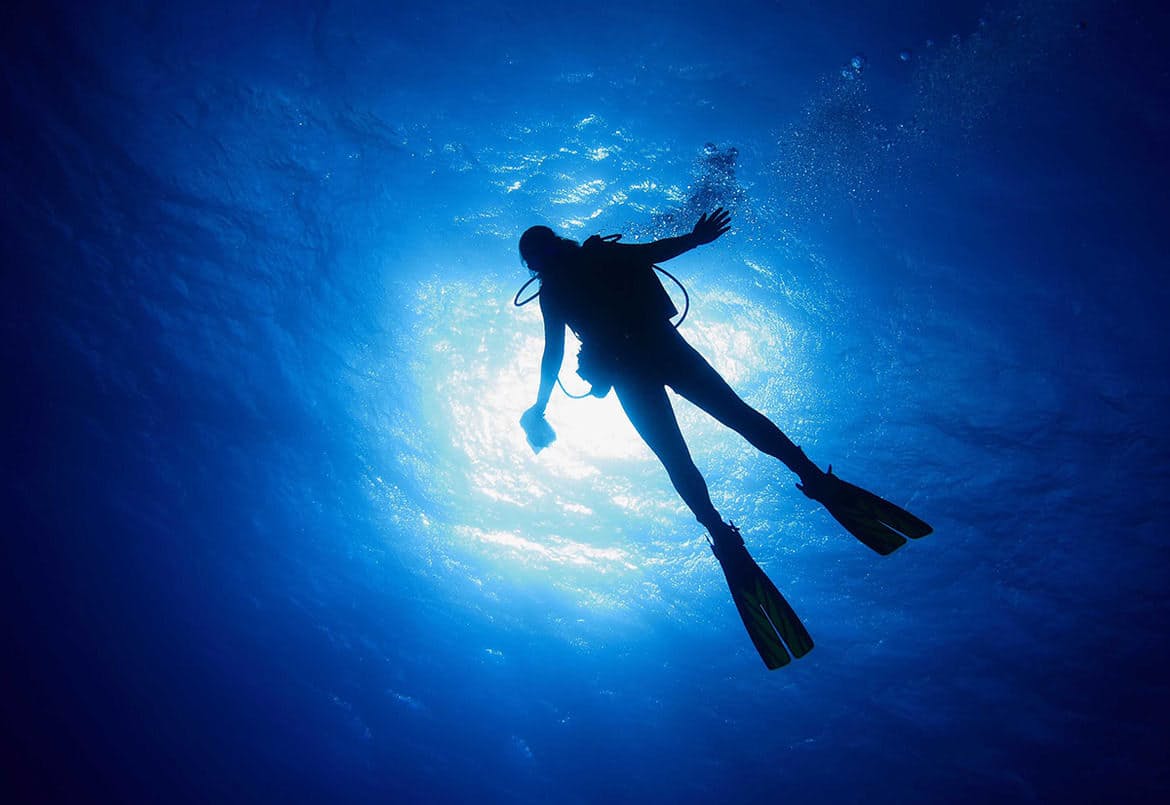 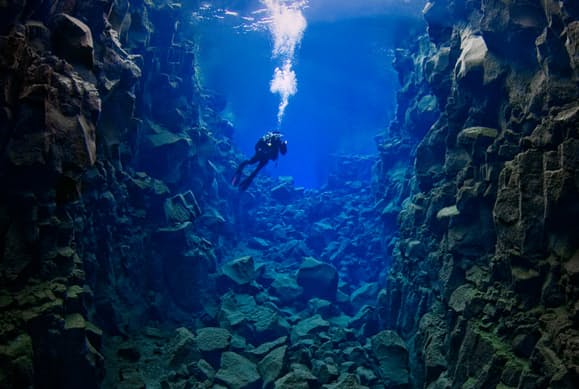 If you’re dreaming about a distant, summertime diving trip, we think we’ve found the place. It’s just off the coast of an island. That island is in the middle of an ocean, is a country (known for its quirk and hospitality), and it'll take a while to fly there. And, no – it’s not The Great Barrier Reef.

We’re talking about the Silfra Rift in Thingvellir National Park. In Iceland. 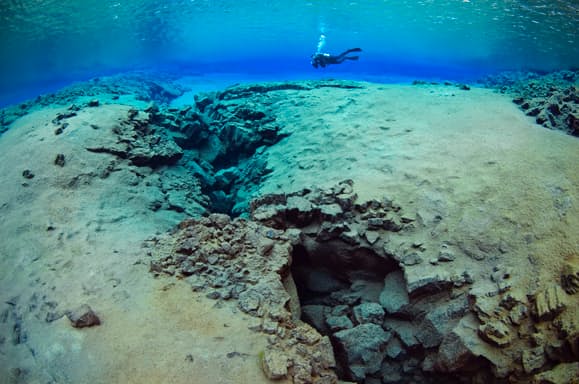 It’s only a nine-hour flight from San Francisco to Reykjavik. Rent a 4WD, and don't forget to check the road conditions. If it’s summer, you can (probably) take the scenic route on the south coast. Just drive alongside the pipeline that transports hot water from Nesjavallaleid to Reykjavik.

A few turns past the Hengill volcano, Lake Thingvallavatn, and the north side of the mountain, you’ll arrive at Thingvellir National Park. If it’s winter, you’ll have to stick to road 1 until you get to Mosfellsbær – it’s the only road that gets plowed "most days." 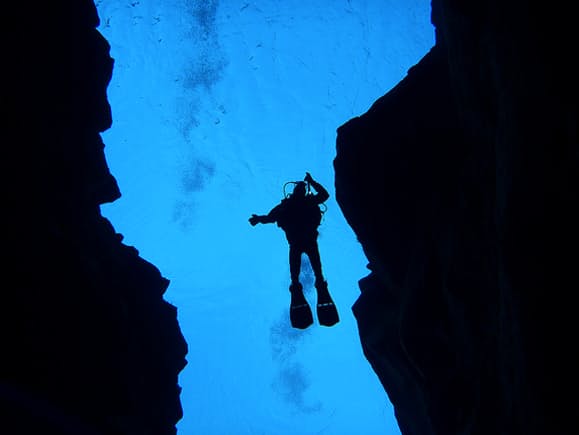 Thingvellir National Park is a UNESCO World Heritage Site based on its cultural and historical significance and its geological uniqueness. You can camp, ride horses, hike and fish (lots of brown trout and Arctic charr), but we’d recommend prioritizing SCUBA.

The Silfra Rift is a world-class dive site, primarily for two reasons: the continental plates and the water’s visibility (of about 100 meters). One reason for the clarity is the temperature; hovering around 35-40 degrees Fahrenheit year-round, the water’ll numb your face faster than George Jung. 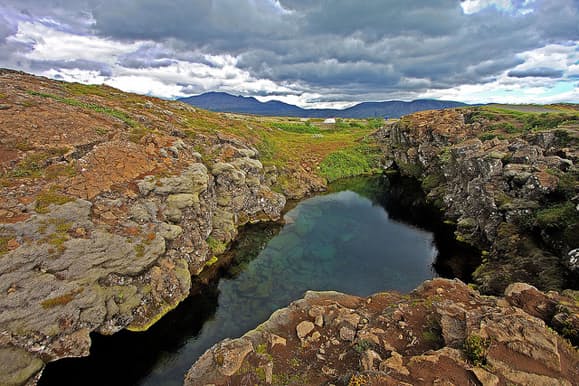 But the real hype here is swimming between two continents. The crack between the American and Eurasian tectonic plates averages 6 meters in width and about 150 meters deep. At points, you can touch both continents at the same time. Eventually, that feat may not be possible – the plates are diverging at a rate of 2 centimeters per year.

With about 250 meters of channels to explore, rock walls towering on both sides, and unparalleled visibility, this is a diver’s wet dream. And, being able to witness the shifting plates of two continents sounds like something notable to do in a lifetime. Add it to the bucket list. 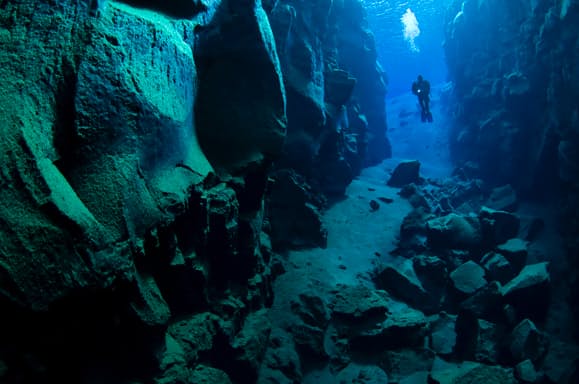 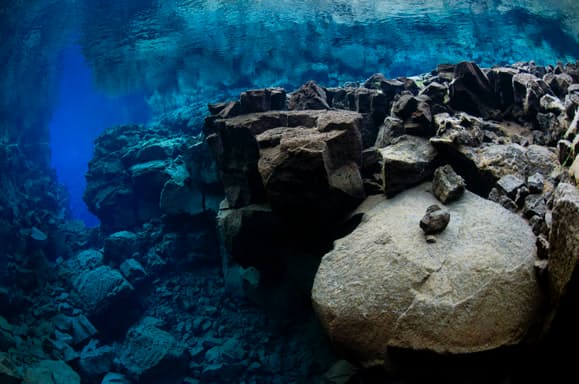 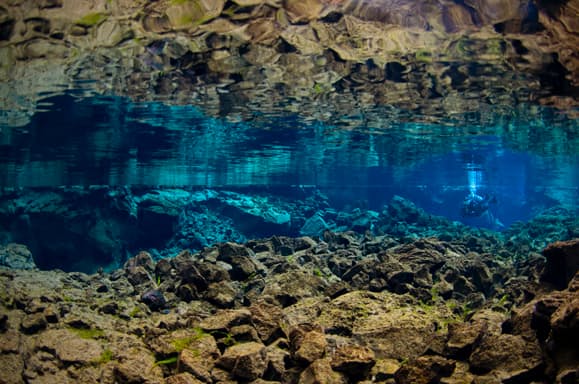 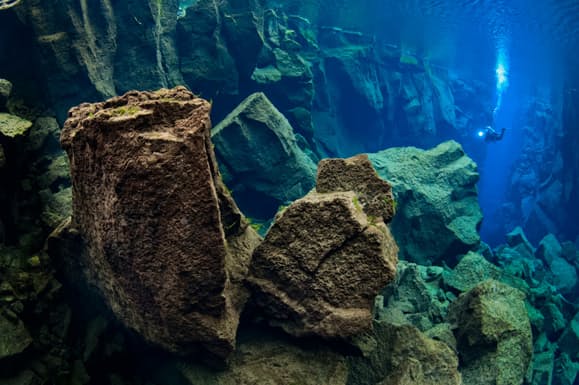