When their faithful adventuremobile kicks the bucket, four artists become stranded on a dangerous mountain pass

"It was Friday afternoon. The sun was out and our spirits were high as we were just a few short clicks away from the Ecuadorian border — our final destination after six months of driving, when our engine died." 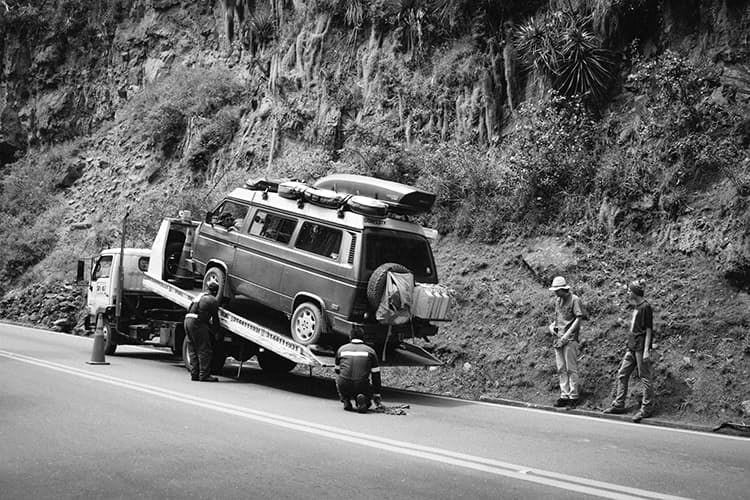 here wasn't any dramatic explosion, just a slow, tired loss of life as our 1985 VW Vanagon rolled to a stop, giving up after having brought four artists and all our camera gear across nine borders and some 12,000 miles — all without a hiccup. We had so much confidence in fact, that just the night before we had posted about how Sandy (our home/trusty steed/van) had brought us this far, and would doubtlessly take us speeding into the promised land: Ecuador.

But she had other plans for us. Maybe she wasn't ready to leave Colombia, it is after all a stunning country. Nonetheless, we were reminded in those sputtering short moments of heartsink, just how at the mercy of our vehicle we were, and more importantly, the fact that plans are inevitibly subject to change. 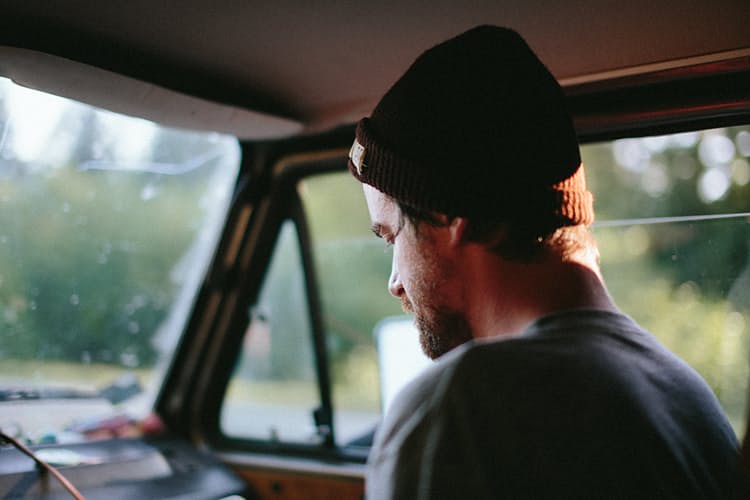 That being said, we didn't have too much of a plan to start with. I knew I wanted to get back to Ecuador, the country I lived in when I was ten, and the country I've dreamt about hundreds of times since. The year or so I spent down here with my family was a seed planted that would end up growing into a full on love-affair with both the disorganized, beautiful culture of Latin America, and the uprooted feeling of being somewhere foreign. 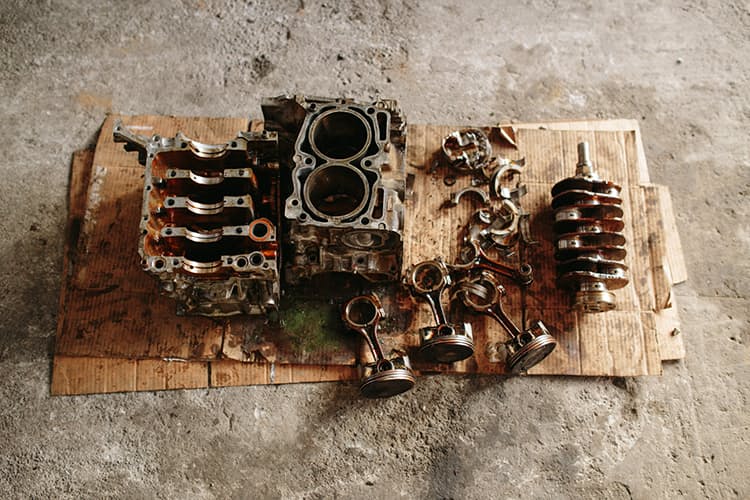 I knew I wanted to drive, because let's face it, driving through Latin America almost guarantees adventure, and that's what we were after. I studied both film and photography in school, where I met Madison, Joel and Parker, the three friends I wanted by my side — and together we were looking for a story to tell (I was working at a camera shop during the day and valet at night which wasn't quite cutting it). Driving also meant I could bring film, chemicals, processing equipment and a scanner, all the stuff I needed to pursue the type of photography I had fallen in love with: analog. 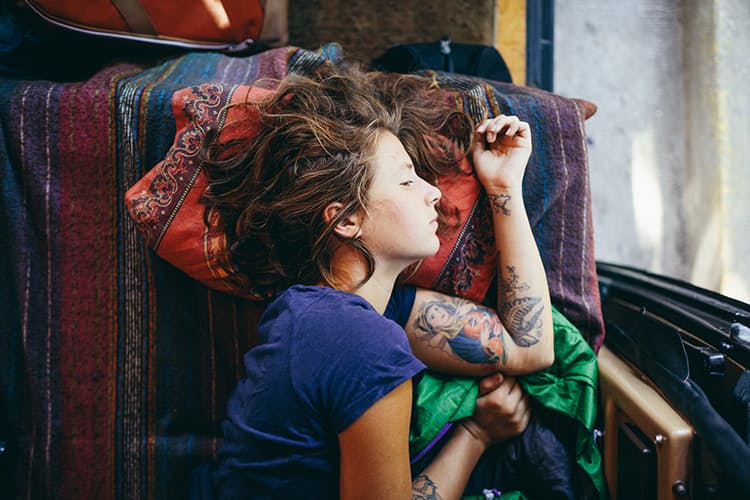 The vehicle of choice ended up being older than any of the four of us, blowing the candles this year at thirty. Some have said it wasn't the best idea to buy such an old vehicle but I knew as soon as I saw her, we were a match.

She had character and I had a romantic idea of breaking down here or there, being forced to stop, slow down, and find ourselves stuck in between destinations. I think I knew, even before having left, that what separates 'adventure' from 'vacation' are the challenges, and Sandy's character would inevitably lead to plenty. 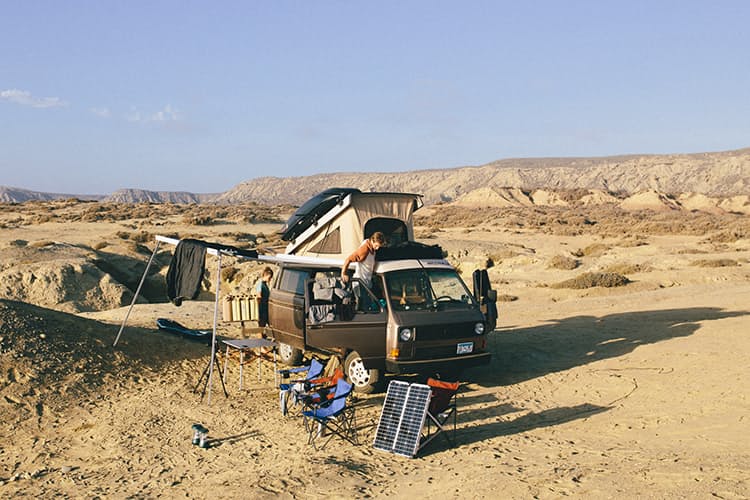 But above all, driving meant we would see parts of these countries most people don't when traveling by bus or plane, going from one big city to the next. We could stop and get out, talk to the people who live 'in between'. We wanted to hear these stories and photograph a side of these cultures that usually get passed by without much more than a glance from the guy behind a pane of glass before he dozes off on a Valium buzz.

We didn't want to pass through, we wanted to document, to become familiar, to absorb and to learn as much as we could so that the story we'd have afterwards wouldn't be something the bus-going crowd only dreamt of as they slipped in and out of consciousness. 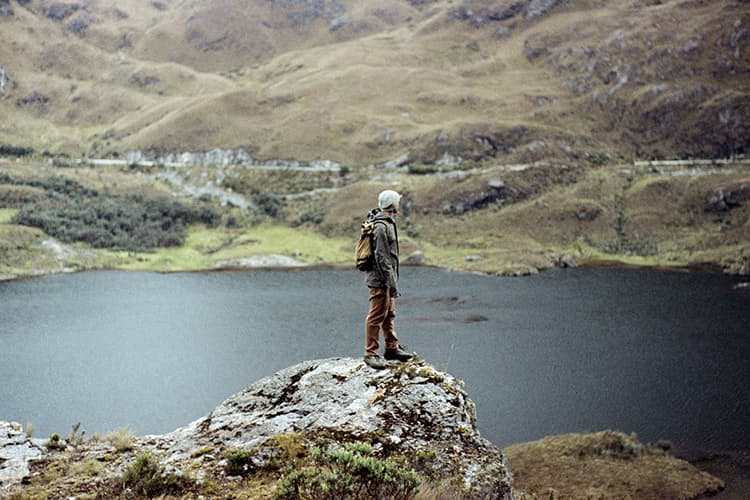 And so there we were — a romanticized dream realized, but stuck and broken down, hugging the wall of a mountain pass praying we wouldn't get smashed into from behind by a car speeding up the curvy road. We had no one to look to but ourselves for having arrived at that point, and that was alright, because it was all part of the adventure we set out for and the story we're continuing to write. [H] 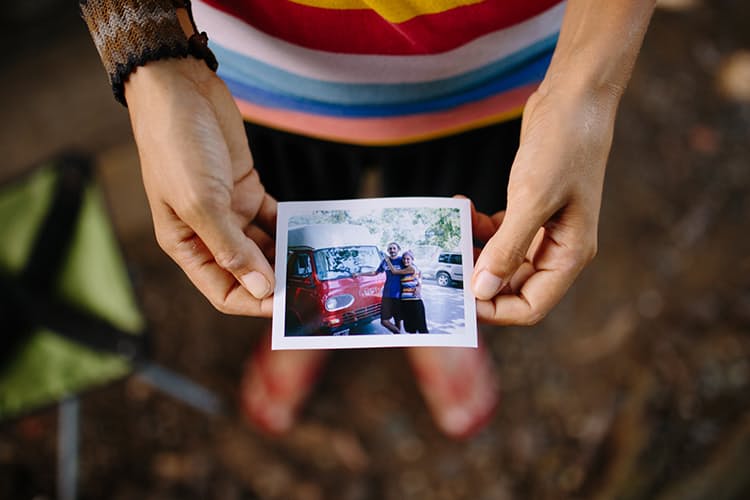 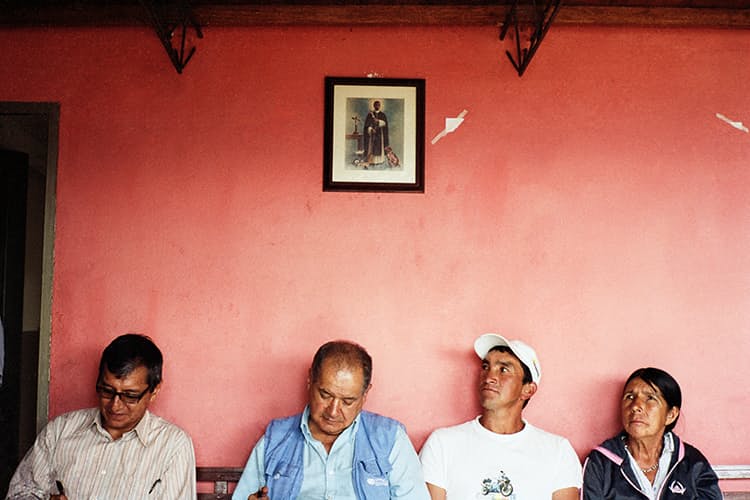 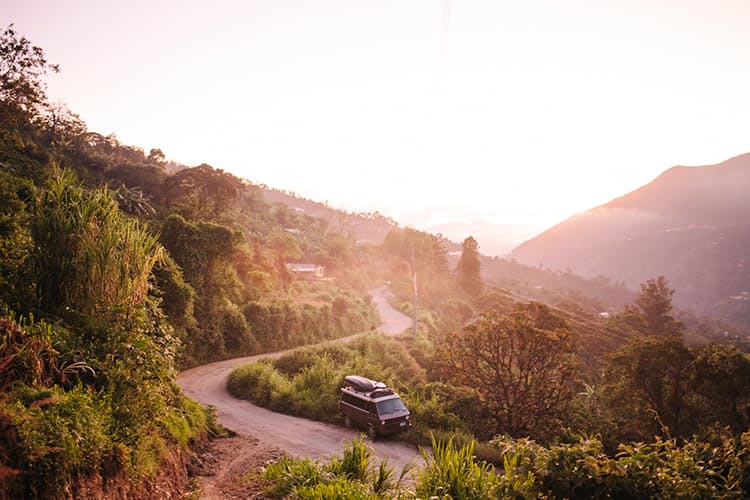 Aidan Lynn-Klimenko is a photographer currently living out of a van in Ecuador with his girlfriend and two friends. Called the "Vanajeros," this quartet of artists have equipped their vehicle with a mobile photo studio, enabling them to print off the photographs they shoot, and return them to the people they meet along the way. It's an adventure of taking photos, giving photos, and connecting cultures through the stories they encounter. Find more from the Vanajeros here, and feel free to keep the adventure rolling by donating gas or burrito money here.