Tree Stands in the Forest

In the Bavarian forest, hunters set up shop. Jörg Marx, unironically, shoots them. 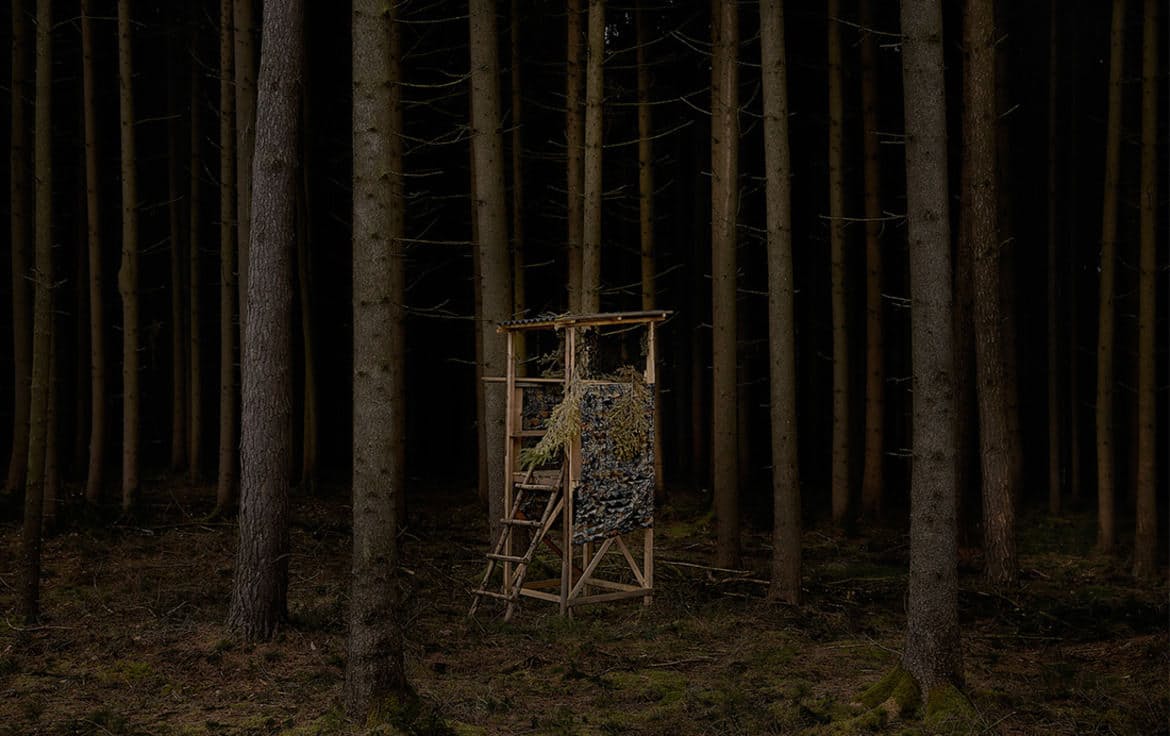 The Bavarian Forest carries with it a certain mythos—just hearing the words brings to mind a mysterious, dark, endless land with a hint of something sinister. This expansive wooded land in southwestern Germany may not be familiar to Americans.

Bordering the Šumava (Bohemian Forest) of the Czech Republic to the south, this German region seems like endless wilderness. It’s this vast wild that inspires the German photographer Jörg Marx and his foggy landscapes.

Marx lives in this region of Germany, and wanders through those endless woods “always accompanied by my dog.” It’s worth noting that Bavaria is one of the oldest continuously existing states in all of Europe—it was established as a territory sometime in the mid-first millennium. Marx loves this history, and that these woods have been left largely untouched. 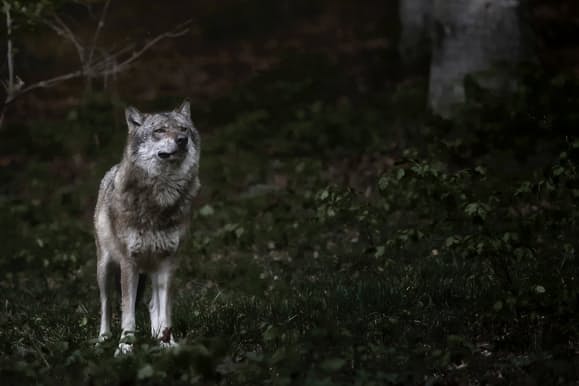 “For example, I’m living in the middle of a Napoleonic battlefield. 200 years later, there are no traces left. Today it's just an idyllic area in which I take a lot of my photos. When I photograph trees there, I always ask myself what they bore witness to which we have now long forgotten…in my photos I try to leave space for the Vanished, Lost and Hidden.”

The dark landscapes that Marx specializes in highlight this “lost” time. To the casual observer, it seems like there could be ominous secrets lying in those woods. Some of those “secrets” include the healthy population of wolves, which Marx also shoots—from a distance. 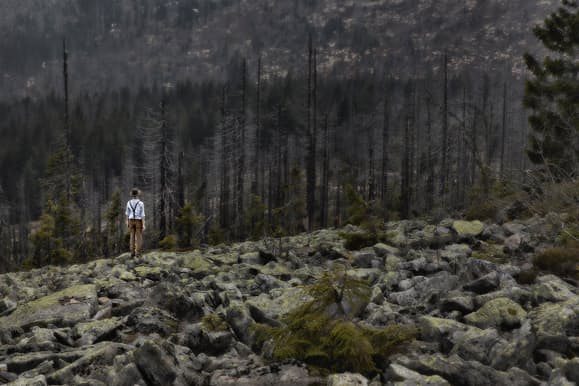 One of Marx’s collections centers on the tree stands that hunters build for themselves in the Bavarian forest. Each is a reflection of its creator’s personality, the same way a certain architect’s style would be just as distinct. In his photographs of these lonely outposts, the tree stands often sit further away from Marx. In composing the photograph this way he conveys the solitary nature of these men, waiting for the perfect shot with only the sounds of the forest for company.

For those unfamiliar with life in the woods, those sort of surroundings can seem like an endless maze of identical trees, roots, and fallen leaves. Those like Marx, who live among the forest, can count them as frequent companions—a reassurance and familiarity. With his dog, the photographer returns to many of the same spots, knowing where the light filters through tree limbs and where the fog hangs just right. 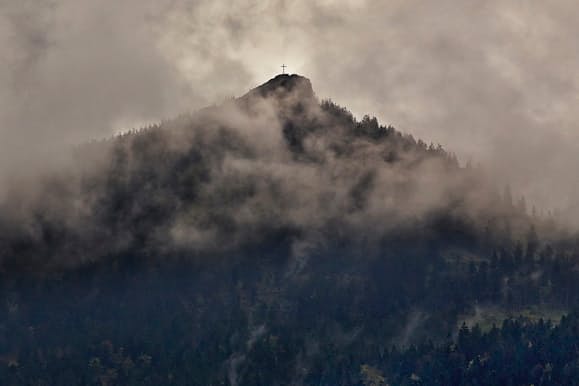 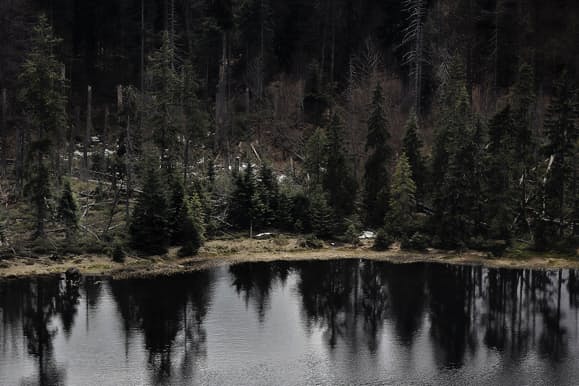 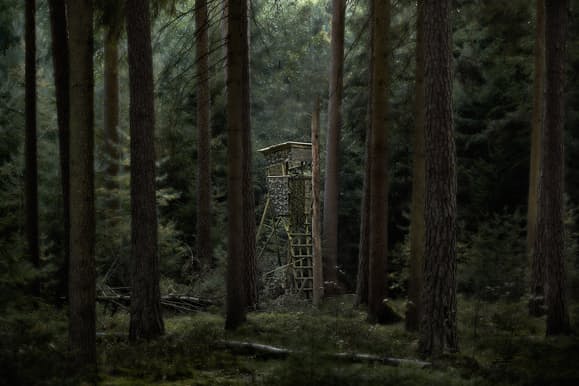 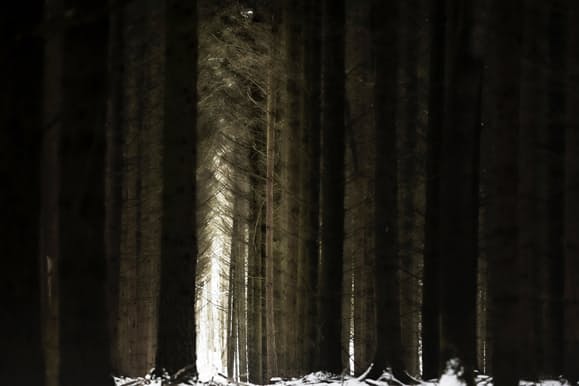 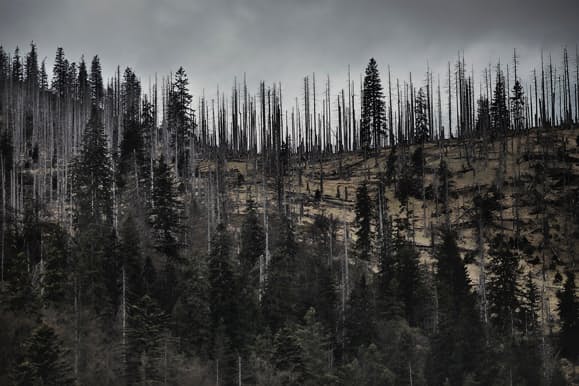 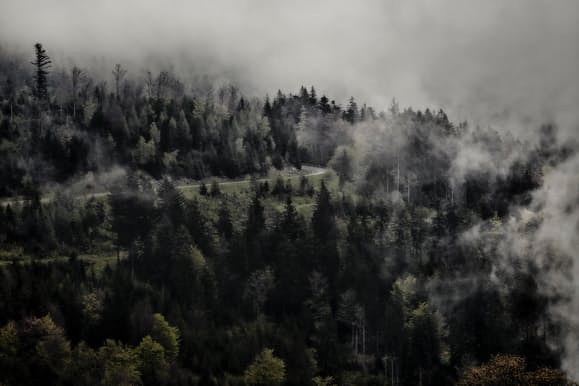 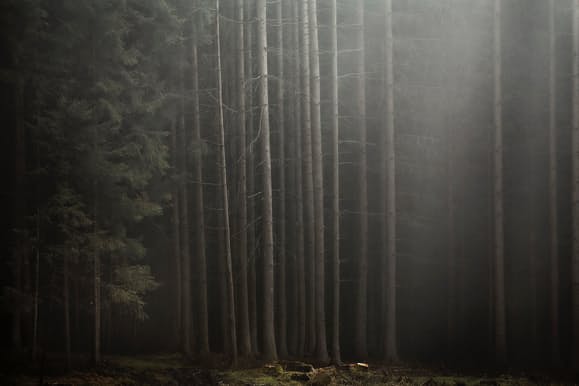 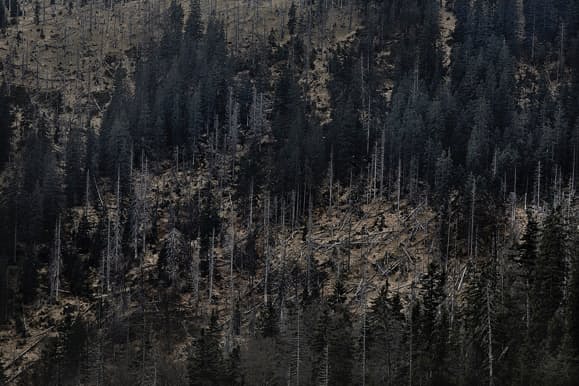 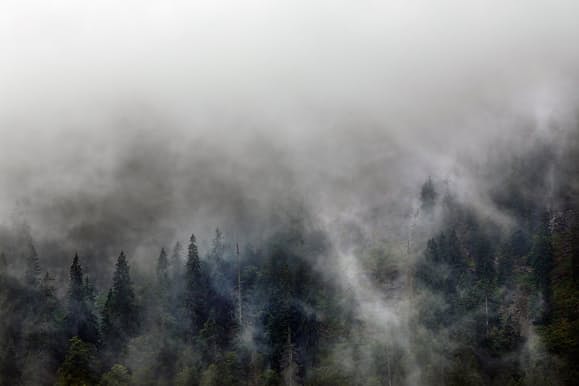