How to extract a splinter "Fill a wide mouthed bottle with hot water nearly to the brim, and press affected part of hand tightly against mouth of bottle. The suction will pull down the flesh, and steam will soon draw out the splinter."

In the Information Age, if we don’t know how to do something we turn to the Internet. Don’t know how to remove a screw that’s been rounded off? Need to open a wine bottle and don’t have a corkscrew? For these and countless other issues, there’s usually a simple solution hidden in plain sight. Lifehacks make us feel productive—we marvel at our collective ingenuity. In fact, there’s an entire organization dedicated to them.

But lifehacks aren’t just a darling of the Internet. No, long before the web was even conceived of, lifehacks were found in the most curious of places: cigarette packs (arguably an anti-lifehack). 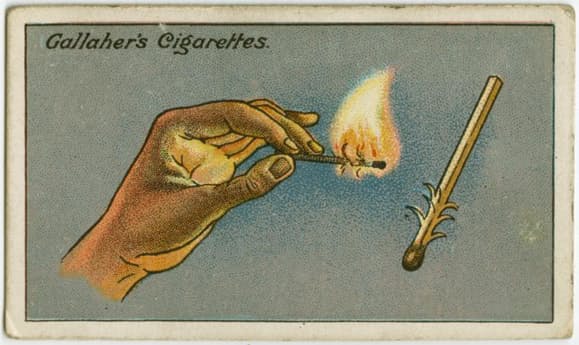 How to light a match in the wind "The familiar difficulty of lighting a match in a wind can be to a great extent overcome if thin shavings are first cut on the match towards its striking end, as shown in the picture. On lighting the match the curled strips catch fire at once; the flame is stronger and has a better chance."

Akin to baseball or other trading cards that came with bubble gum, the collectible lifehack cards offered solutions to problems that range from practical (how to remove a splinter) to somewhat bizarre (how to make a chair to cross a stream). In case you’re ever caught wondering how to stop a mad dog: 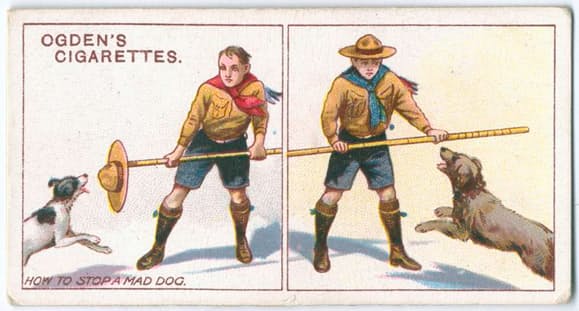 A scout's staff, a walking-stick, or even a handkerchief or hat may be held before you as shown. The dog invariably endeavours to paw down your defense before biting, thus giving you the opportunity of disabling him by a kick.

On closer inspection, what’s interesting about the lifehacks of the early 1900s is what they say about the era. They serve as a reminder that times were different then. While the lifehacks of old still have value today, what captures our attention is strikingly different. How to light a match in the wind has been replaced by how to organize a desk full of wires. The early 20th century lifehacks were about solving problems, while early 21st century lifehacks are predicated on making us more orderly, more productive.

For us, we’ll take the century-old hacks. While it’s nice that your desk is organized, we’ll be the hero of the day when the camping expedition is down to its last match on a windy day. 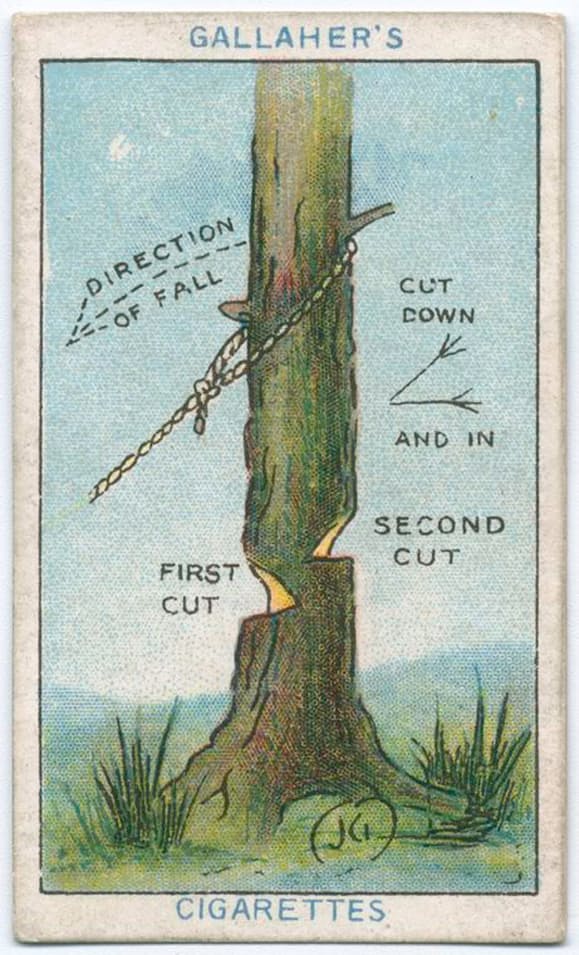 How to fell a tree "Have decided which side you wish the tree to fall, cut alternatively a downward and inward cut as shown. When about half through, proceed to cut the other side a few inches higher, and finally pull tree down by means of ropes." 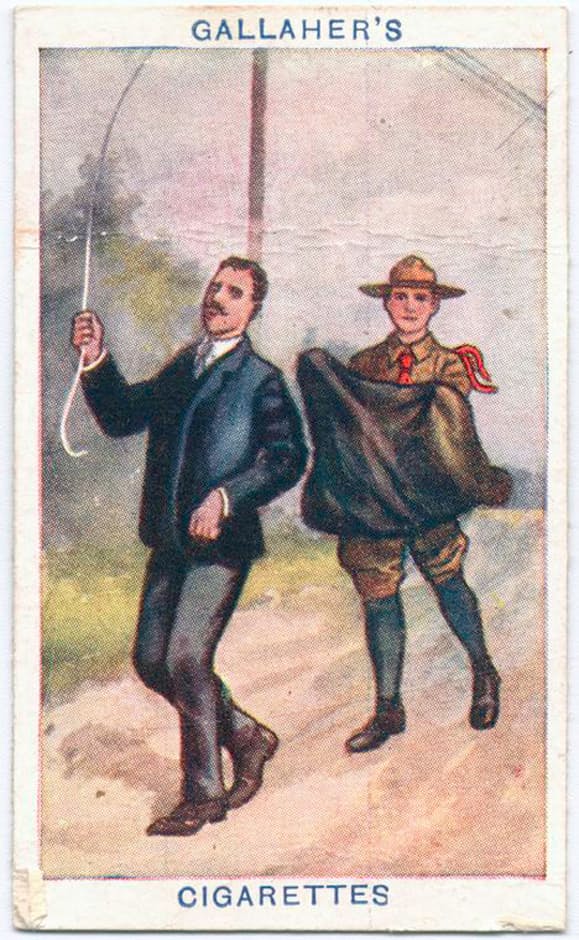 How to rescue someone from electric shock "In rescuing a person touched by a "live wire" do not attempt to take hold of him if he is still grasping the wire, unless your hands are protected by rubber gloves, a water-proof coat, or several thicknesses of dry cloth. Stand on glass or dry wood, and try and have (the) current switched off, and send at once for a doctor." 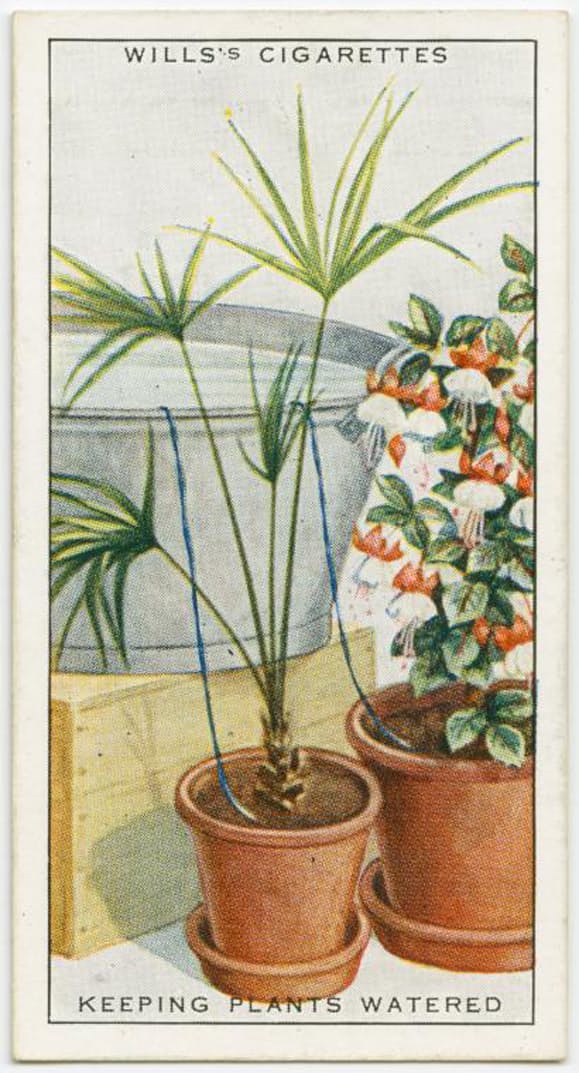 How to keep plants watered while away on holiday "Fill a large pail with water, and stand it a little above the level of the plants and group round or near as many plants as practical. Loosely plait two or three strands of wool together, immerse completely in water, and place one end in the pail, weighted, and touching the bottom. Rest the other end on the soil: a separate plait of wool is advisable for each pot." 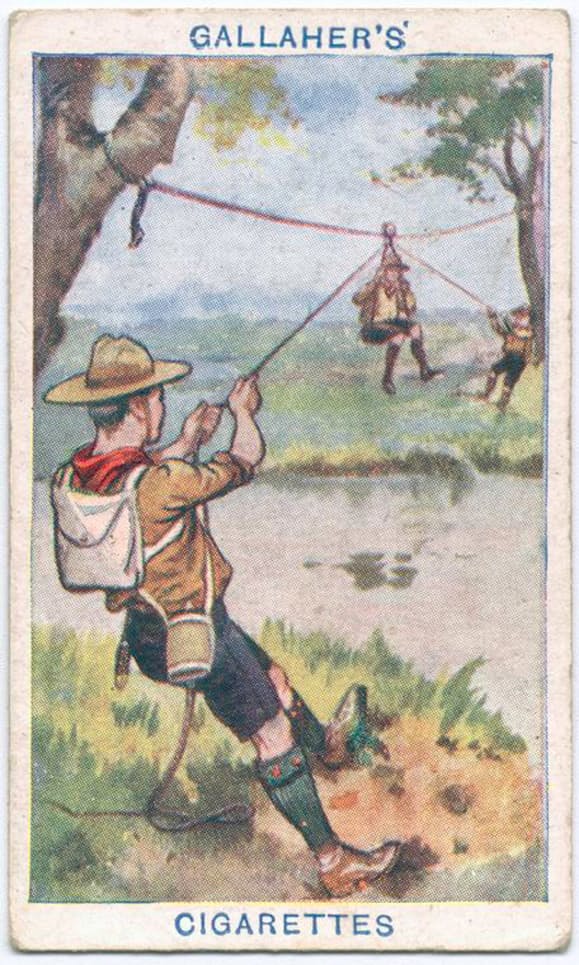 How to make a chair to cross a stream "Fasten a strong rope to a tree and let a boy swim across the stream and fasten the other end to a tree on an opposite bank. Make the chair, fasten it to a running look or a block pulley, and by means of a light rope fastened to the middle of (the) chair and held by a scout at each end, those unable to swim are safely passed over." 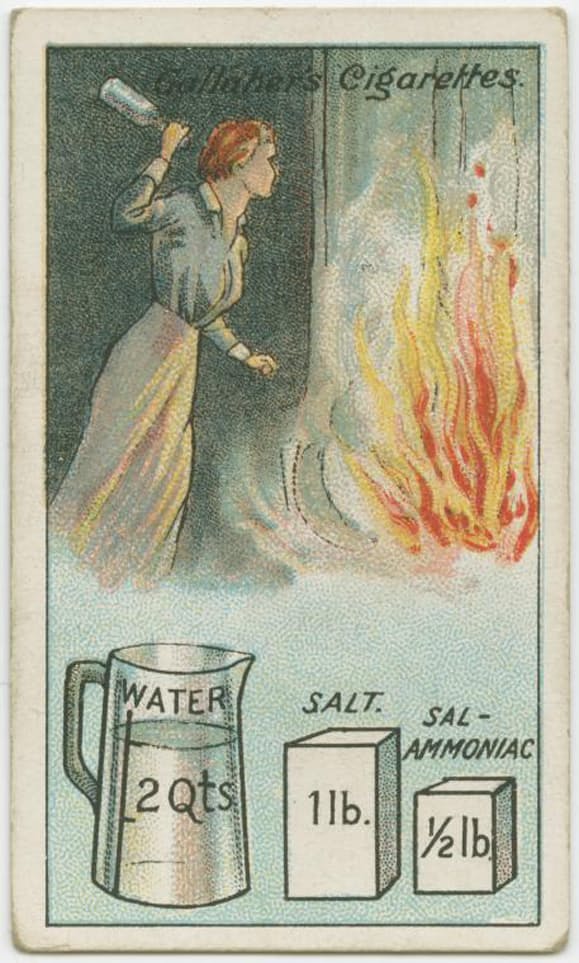 How to make a fire extinguisher "Dissolve one pound of salt and half a pound of sal-ammoniac in two quarts of water and bottle the liquor in thin glass bottles holding about a quart each. Should a fire break out, dash one or more of the bottles into the flames, and any serious outbreak will probably be averted." 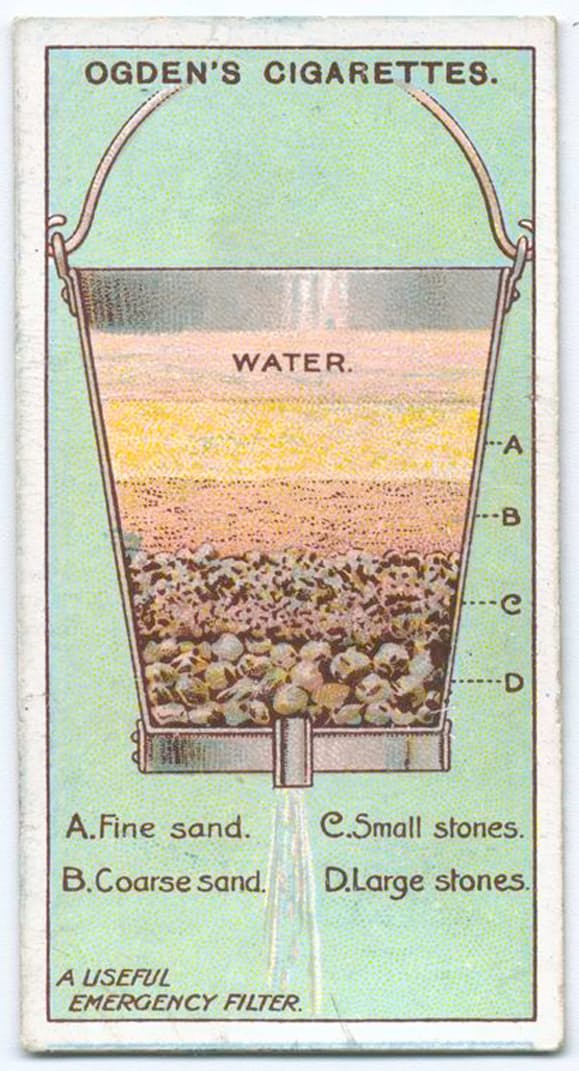 How to make a water filter "A most handy and efficacious filter can be made out of an ordinary perfectly clean zinc water pail, through the bottom of which a hole has been drilled and a small pipe fitted. The water percolates through the layers of fine and coarse sand, and clean picked gravel and stones, with which the pail is filled, filtering through to the bottom in a clear state."

Images and Captions via Retronaut.