Six months ago, four friends started a ride on the Mexico-Arizona border, headed north. They had fourteen horses, most of them wild mustangs. And they had a map, some supplies, and one hell of a ride ahead of them.

Last week we caught up with Ben Masters, the mastermind of the Unbranded trip, while he waited for a flight to the Caribbean (a due vacation). He has a humble delivery, especially in light of the magnitude of his recent 3,000 mile trip. Huckberry: Was it a success? Ben: We got the horses to the border in good shape and good time. Which, for Ben, is a resounding, Yes. 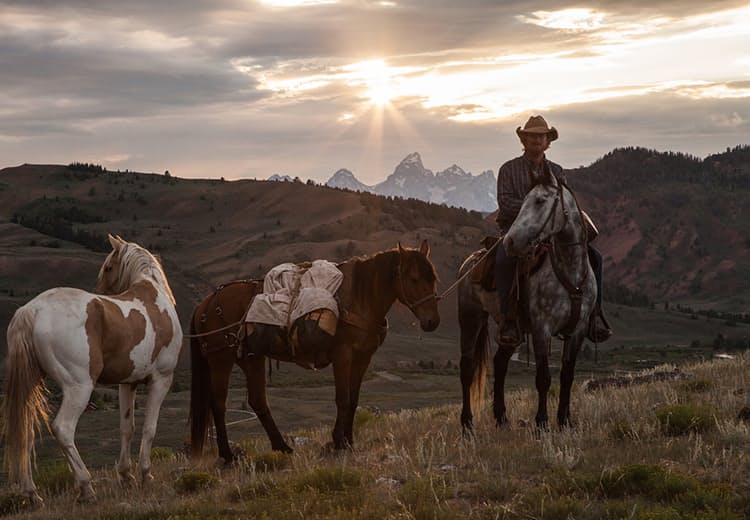 For the journey, Masters was joined by Texas A&M classmates Thomas Glover, Ben Thamer, and Jonny Fitzsimons. The four guys have earned their stripes in the West (Tom: Rocky Mountain guide, Ben: wrangler in Rocky Mountain National Park, Johnny: Wyoming cattle ranch hand), and their collective knowledge was more adept than their years would imply.

But, there’s no way to truly prepare for the dangers of a horseback trip through five states, on the most rugged terrain the Rockies can offer. A short list of their encountered risks: grizzlies, hypothermia, electrical storms, heat exhaustion, forest fires, rattlesnakes, drought, and losing the horses. 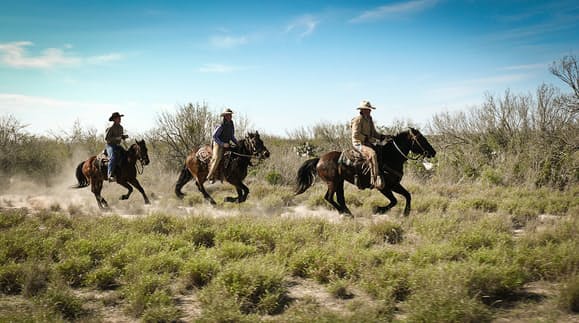 But no matter the difficulty, the guys fought through them all, and they finished the trip three weeks ahead of schedule. Ben added, it went smoother than expected. They followed the majority of their original route, which they mapped using Google Earth and topographical maps.

They travelled for ten days at a time, then rested and restocked at prearranged ranches. One of the best memories for Ben was the hospitality along the route: There’s just a lot of really good people out there; that’s something a lot of people don’t realize. People would go out of their way to help us out. 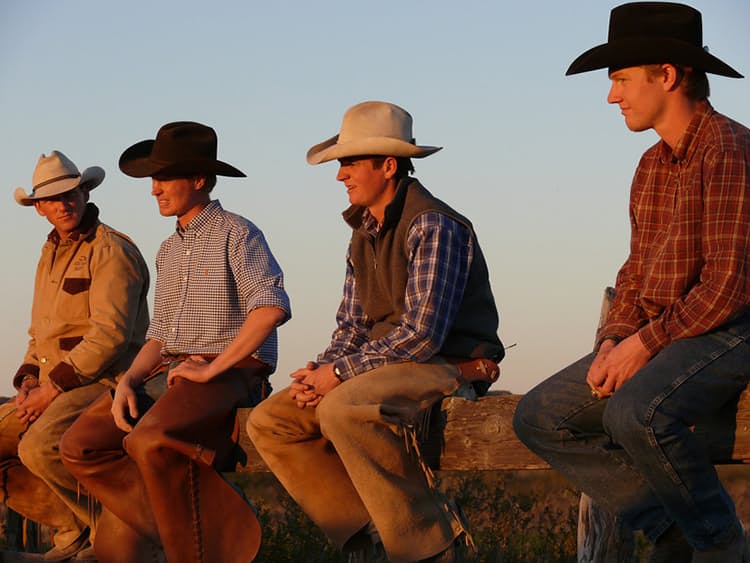 Along the route they passed through Yellowstone, the Grand Canyon, and Glacier National Park. They followed the most backcountry route possible (avoiding privately held land), and used some of the Arizona Trail, Great Western Trail, and the Continental Divide Trail.

They went from deserts to alpine tundra, and experienced temperatures from sweltering to freezing (in one day, it was over 100 degrees, then snowed at night). And the horses persevered through it all. 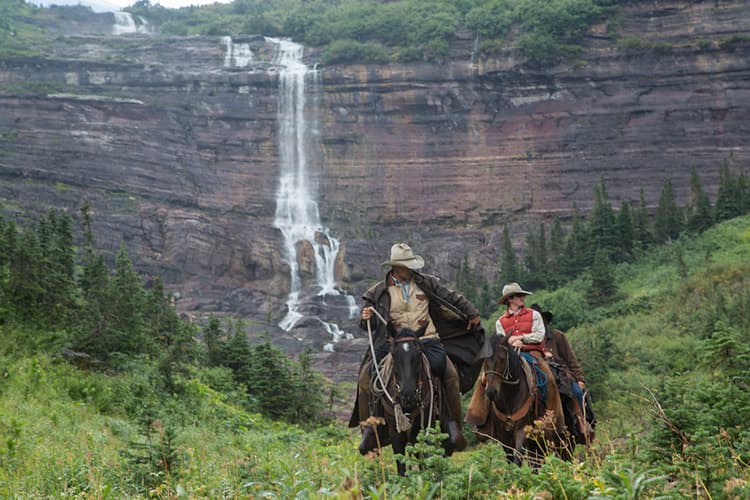 Mustangs are exceptionally rugged creatures, bred by natural selection for their toughness (rather than pedigree or looks). Their feet are hard, coats thick, and bodies compact, sturdy, and tough. And, they’re an often overlooked resource.

Currently, over 43,000 mustangs are held in holding pens, awaiting adoption. Part of the Unbranded mission is to bring awareness to mustang adoption, by proving the worth of the horses. 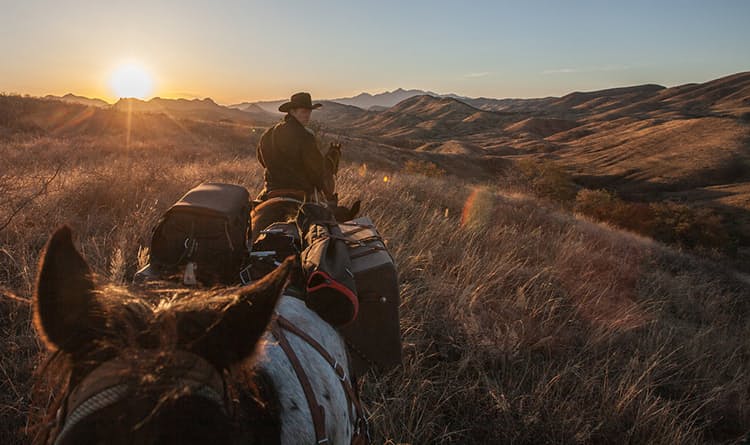 At 3:14PM, on September 6th, the guys arrived at the Canada border (Ben remembers the exact time). The horses were strong, the friendships intact, and their goal complete. It's an impressive feat, and by going on horseback, they’ve not only tapped into the thrill of exploration, but also the nostalgia of the bygone-era of equine transportation.

And, they managed to wrangle what Ben describes as toddlers turned into 1,000lb animals, over three-thousand miles on America’s most rugged terrain. It's a journey of a lifetime, and Ben summarized the experience in characteristic understatement: It’s going to be a really hard year to top. 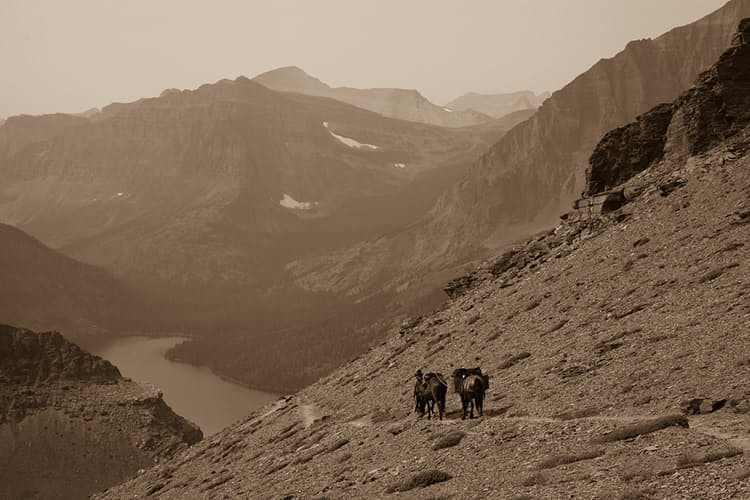 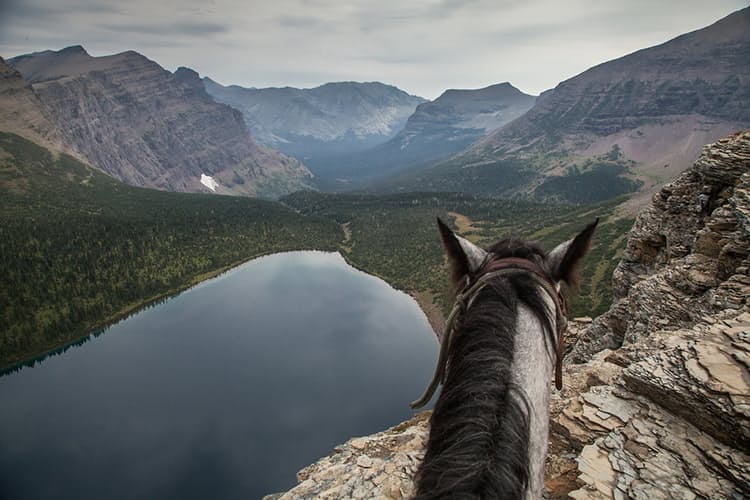 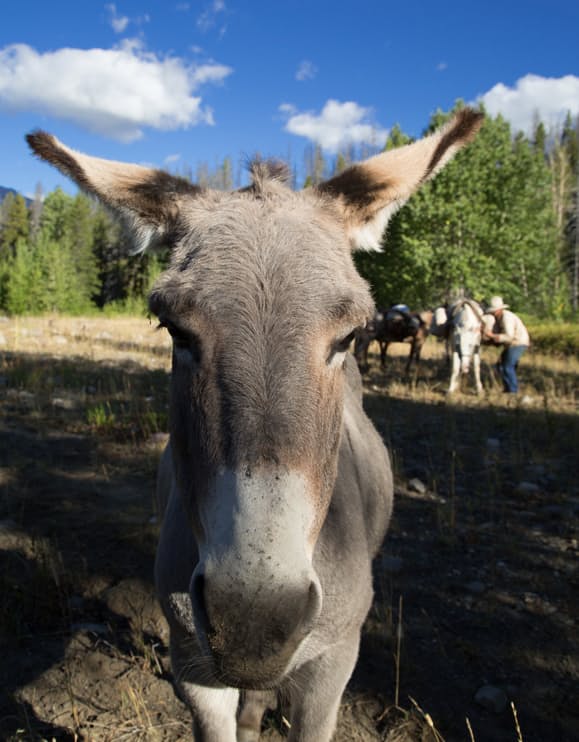 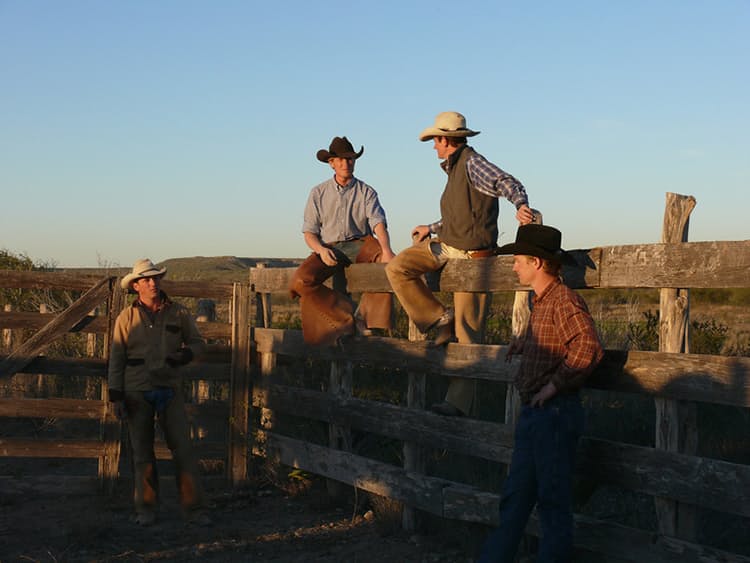 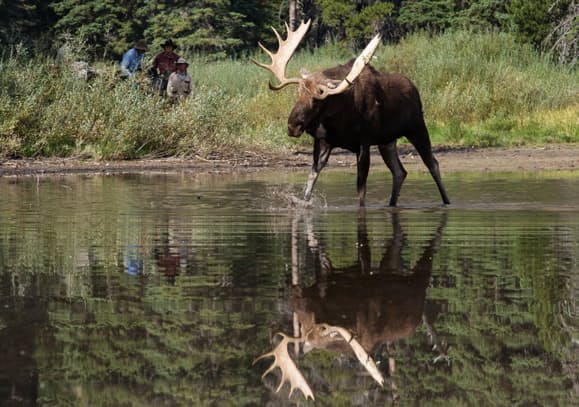 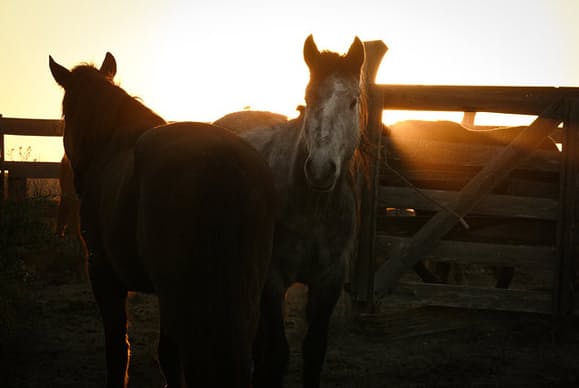 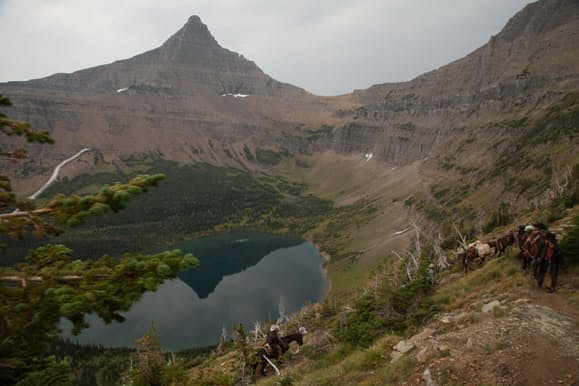 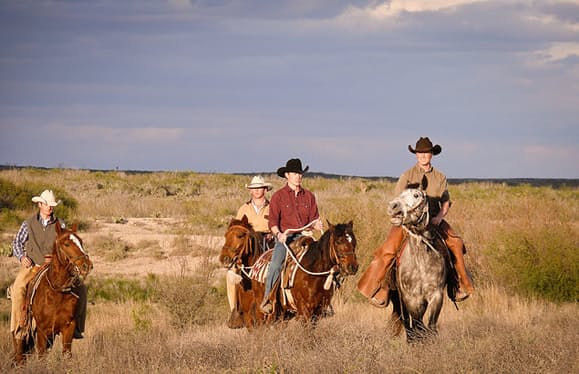 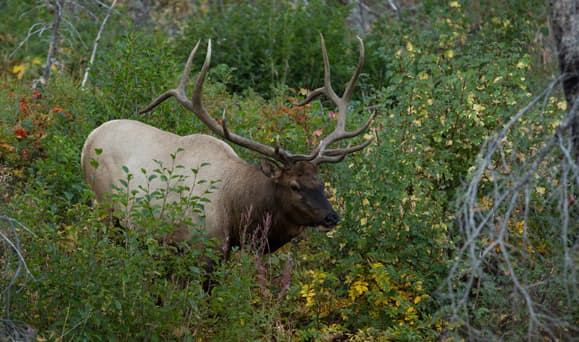 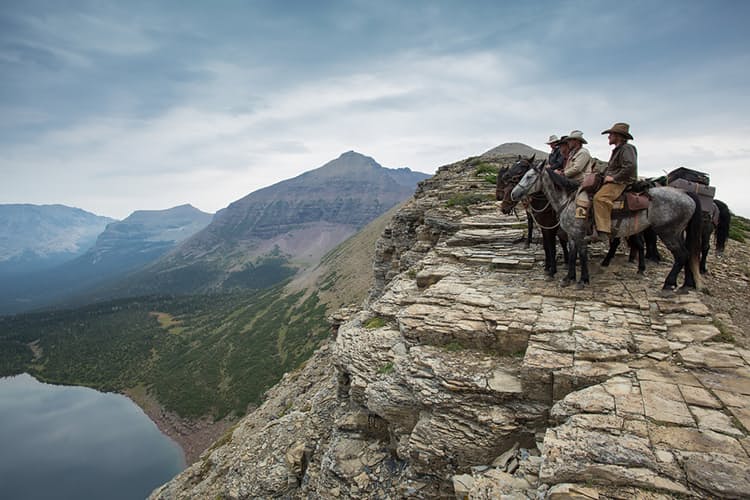 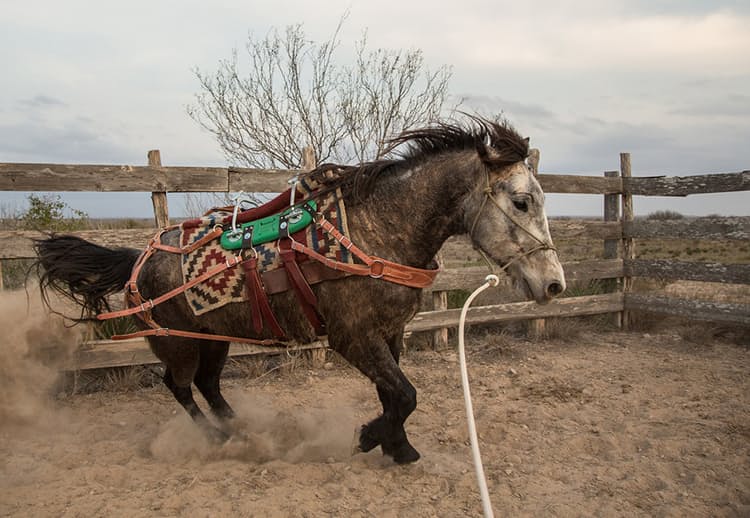 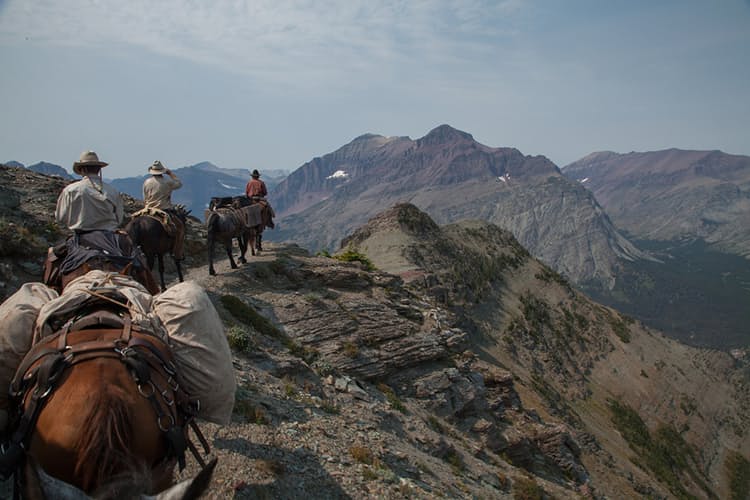 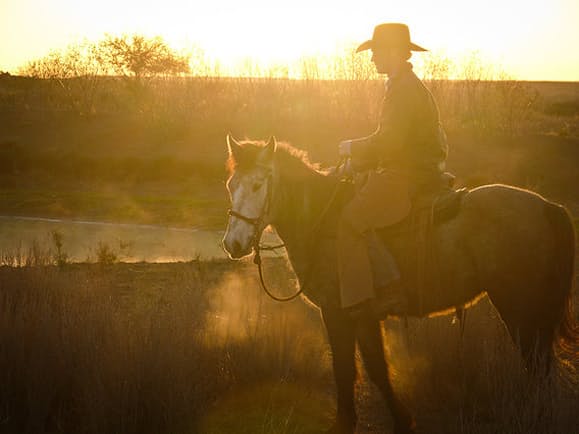 A documentary of their journey is in the works. For more, follow them on Facebook or visit UnbrandedtheFilm.com.

Images by The Unbranded Film Team.