The Traditional Art of Shaving

A veteran shaver's take on why the way shaving once was is the way it always should be. 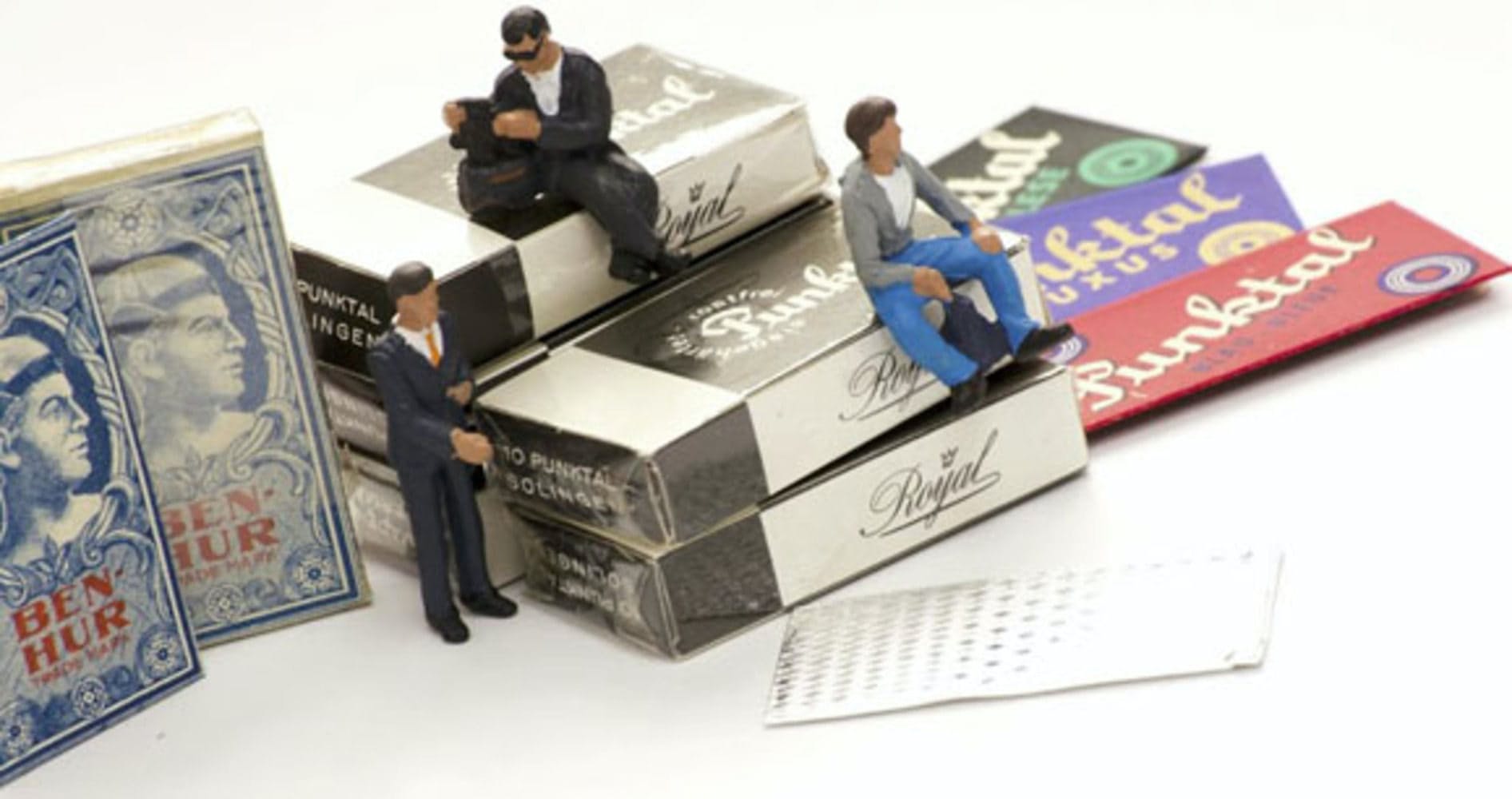 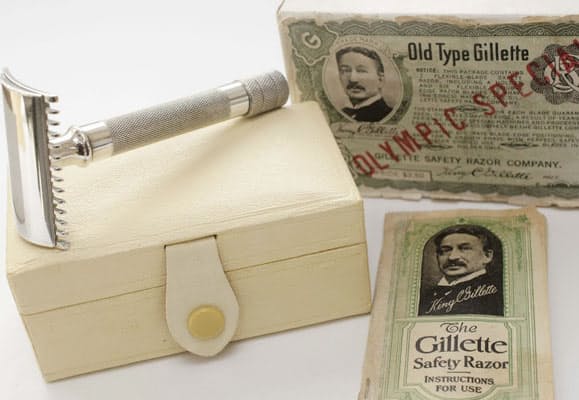 Our good friend Jesse Jacobs, of Samovar Tea, recently tipped us off to his father's encyclopedic knowledge of all things shaving. We opened up a line of conversation with Leonard, and he responded with one of the more articulate and concise explanations of where shaving has been, how it got to where it is, and the merits of practicing the way it once was.

Essentially, his argument is bookended by two poignant statements. The before: "shaving was drudgery and not a very enjoyable part of my morning schedule," and the after: "rather than being drudgery, it's become a favorite part of my morning routine." Follow his progression, and enjoy a quick grooming primer from a veteran shaver: 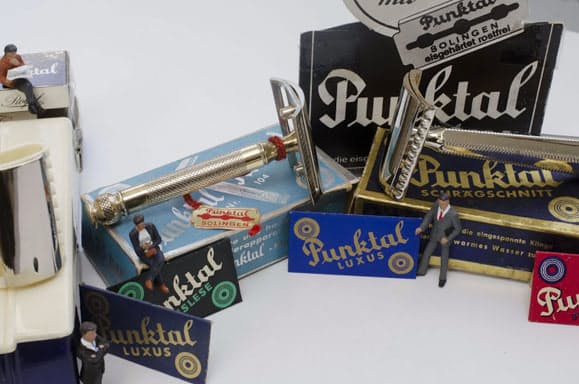 I'm in my mid-60s and have been shaving since I was 13 years old. Although I only shaved 1-2 times per week until my senior year in high school, I did shave regularly through my teen years and (as best as I can recall) used a Gillette adjustable razor. Although my father always used an electric razor, I never did.

Eventually, I shifted from the more traditional canned shaving cream and Gillette traditional razor to a disposable Bic razor and shaving oil. And then in the late 80s, I began using the modern cartridge razor and blades. Although this was convenient, and effective, shaving was drudgery and not a very enjoyable part of my morning schedule. 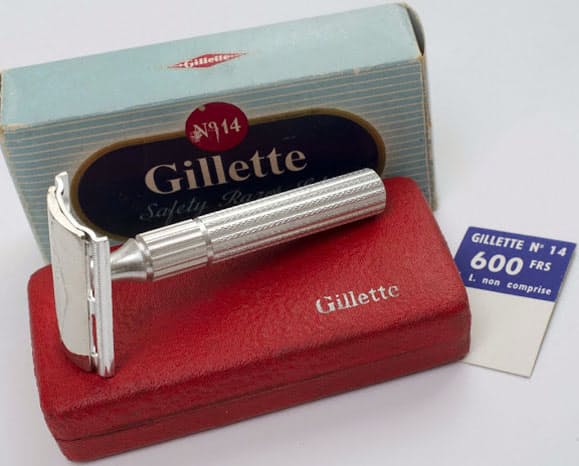 Somehow I discovered some of the popular shaving forums 3-4 years ago. I had already begun investigating bespoke shoes, clothes and practical things, like jewelry making, bookbinding, leather goods, etc. The 21st century influx of "Made in China" was balanced by a new raft of artisans and artistry, in foodstuff, clothing, and crafts of all types.

An appreciation for things that were made with quality ingredients by craftspeople who cared about the process as much as the product became part of our cultural experience. In addition, I began to appreciate not just the product but the ritual of using it—polishing well crafted shoes, hand washing woolen bike jerseys rather than simply throwing the poly-based jerseys in the wash after a sweaty ride. 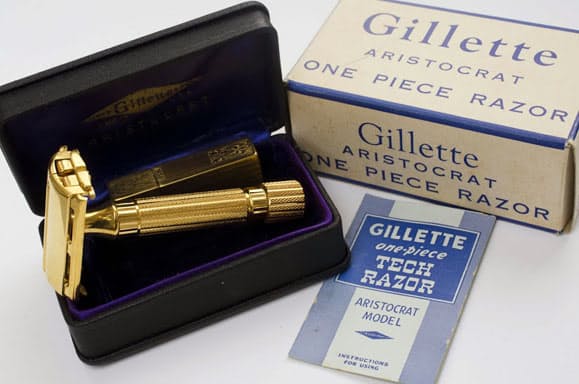 So in the search for ritual, craftsmanship, quality, care, I discovered the traditional art of shaving. And it was a throwback to an earlier era for me, but also a way to understand and appreciate the evolution of shaving gear and the craft of creating and using this gear.

I have bought and sold several hundred vintage straight, single, and double edged razors over the past 3.5 years. I've purchased them from members of some of the popular US & European shaving forums. There are some antique shops that sell shaving gear, and I have found a few items at the Brimfield Antique Market. I have also bought and sold vintage shaving gear on European and American Ebay sites. It takes care and persistence to find items that are quality and worth purchasing and using, but the hunt is part of the adventure. 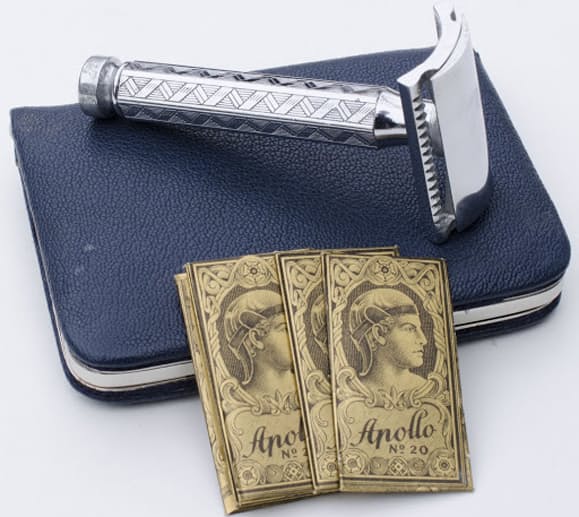 I am currently using a German Apollo (above) slant head razor from the mid-1930s. I bought it about 5 months ago and it seemed like it was never used. It's remarkable how many items I've purchased that are 60+ years old and had never been used. Often they are sold during the liquidation of someone's estate. I've also been using a British made Gillette razor from the early 1950s, called a Rocket HD, that is a hefty, well-made nickel plated razor that gives an excellent shave.

By the way, besides the razors, there's the blades (made in Pakistan, Israel, Russia, India, and other places around the world), the shaving brushes—made from either badger or boar fiber. And now there are some high quality synthetic bristle shaving brushes being sold. There's also the traditional shaving cream and soaps. The canned goo is not part of the traditional shavers' method. The brushes and soaps (or creams) also play a major part in the enjoyment and experience of what has become a favorite early morning ritual.


There is a very zen-like experience to it, and rather than being drudgery, it's become a favorite part of my morning routine. 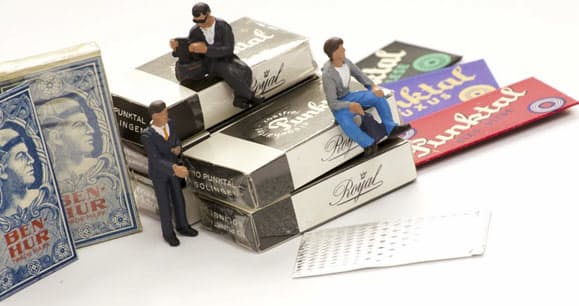 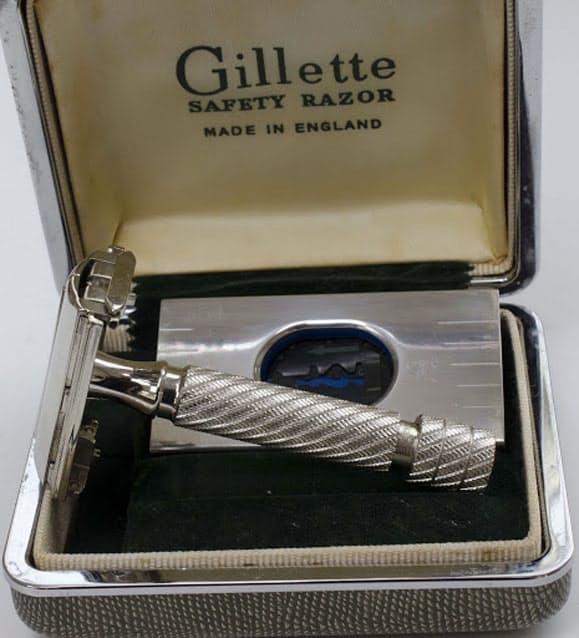 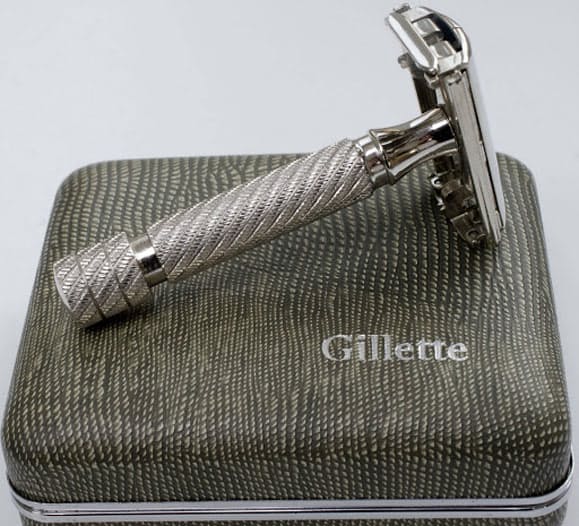 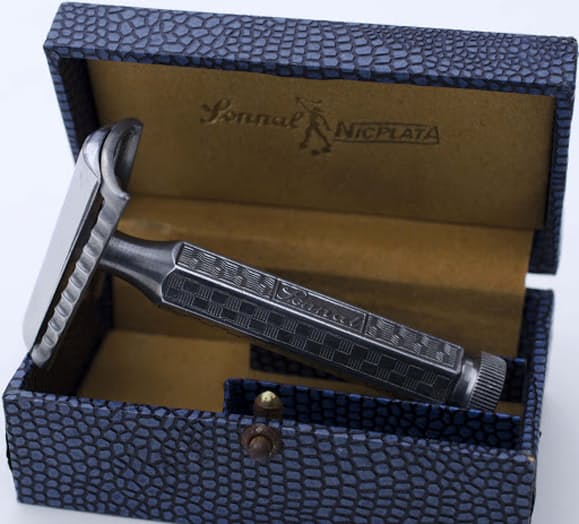