The Realities of Living the Dream

The Huckberry Van Man weighs in on 'life on the road,' which (contrary to popular belief), isn't all sunsets and unadulterated freedom

This past July, our Van Man Jon Gaffney, embarked on a cross-country road trip driving the Huckberry Sprinter van powered by our friends at Goal Zero. By all appearances, life on the road looks pretty awesome — every morning, a new "van view," every evening, a new adventure in a new National Park. But as anyone who's lived extensively on the road will tell you, life is not all Highway 80 sunsets and gas station candy bars. We asked the man with the job everyone wants, to weigh in on some of the more difficult realities of "living the dream," after five solid months on the road.

’ve rewritten this article in four different ways and edited each a handful of times. It’s not easy explaining that the realities of traveling full-time in a vehicle with your girlfriend can sometimes be anything but awesome. Each counterpoint feels like it could be easily misconstrued as a complaint. Most people tell us that they’d “LOVE”  to be doing what we’re doing. I always nod politely and graciously respond to their proclamations of us “living the dream.” The thing is, as people are want to do, they focus on the incredible places they imagine they’d go and not on the realities that fill the often large gaps in between those places. It’s a natural human instinct, and I do it myself so I can’t judge. In their defense we have absolutely seen incredible places, tried new things, and shared some awesome experiences. But that’s not the whole story. In the interest of addressing the side of being full-time on the road not usually found under the hashtag #vanlife, here are my five most apparent realities of it. 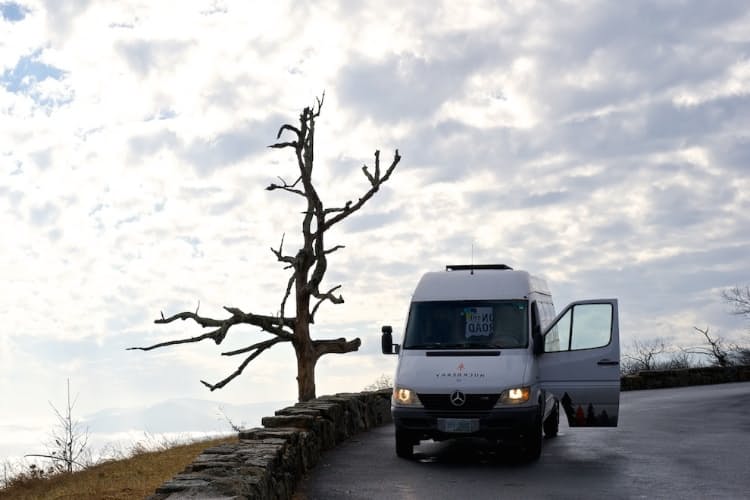 1) 'Travel' does not equal 'vacation,' and travel is kind of crazy

Traveling all the time is quite challenging. Just to alleviate a common misconception, "travel" is much different than "vacation." Vacations involve relaxation, and as such, are usually are based on it. There are pools or lazy waves, fruity drinks to imbibe, and books to be read. I’ve been on vacations and they’re admittedly nice. Travel is seeing a new place to experience it, to immerse yourself in an attempt to know a place — if only a little bit. It requires research, curiosity, and ridiculous amounts of energy. The majority of the time, that’s what living on the road is; traveling. You dive into new places, talk to locals, and hopefully find a rhythm. Before you find that rhythm or maybe right as you do, you move on. Imagine moving every time you’d finished unpacking into an apartment. Sure, it can be a rush at first, but at its worst, you'll find it disorienting and unsatisfying. As someone who usually loves variety and new experiences, I was surprised to feel this way as our sample set of time spent on the road has increased. The dichotomy is that within short order, staying too long in one place after being constantly on the move can be equally disorienting and unsatisfying. To make it work you have to find a balance that leaves you satisfied 80% of the time, otherwise what’s the point? 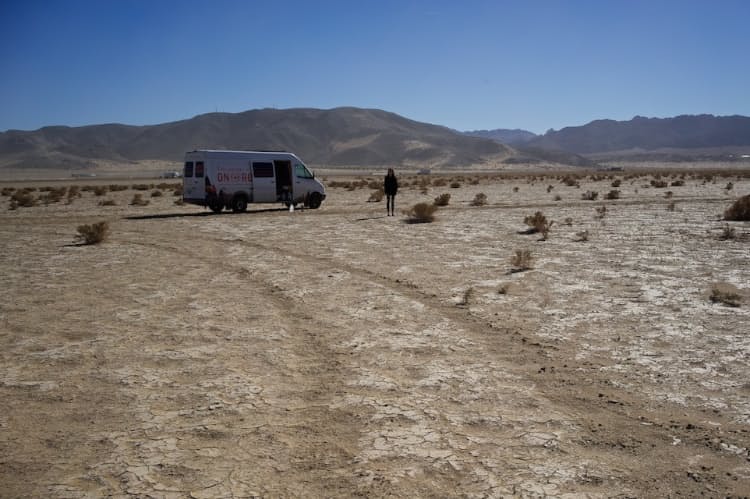 2) You will never be alone... Well 'pretty much' never

This is relevant only if you travel with others. Have you ever had someone with you 24/7 for longer than a few days? Have you had to plan every move with that person? If so, that’s what living on the road with another person is like all the time. It can crush friendships or shatter relationships, by quickly erasing the concept of privacy. Even when it works, it's still a daily challenge. There isn’t usually a friend's house to go over to and take a break. Finding time to yourself takes work and often involves retreating into your own thoughts. Just be sure that you don't mind it there. 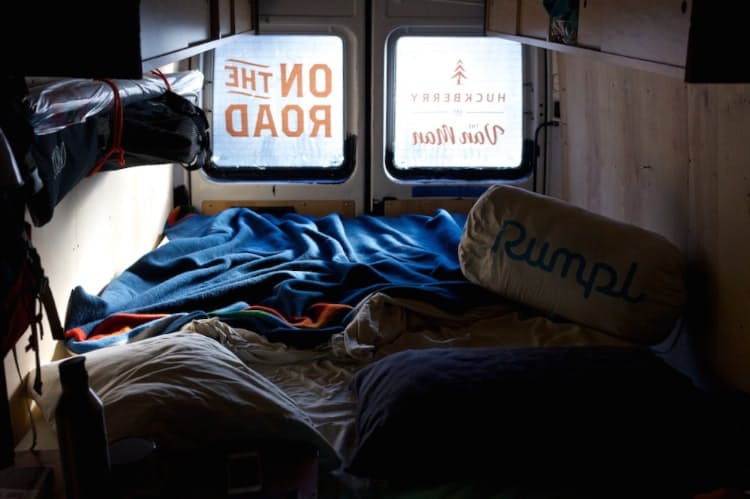 3) Not only will you never be alone, but say goodbye to the idea of “space”

Unless you’re living in a big RV, taking a long-term road trip means you’ll be traveling and living in tight quarters. Most of your space will be dedicated to efficiently storing your belongings, and only a small portion will be actual space. Our van has 80 usable square feet internally — which is quite huge by van standards. Yet after installing our bed and cabinets only 20 of it is actually “space.” Being in such tight quarters only magnifies the sensation of never being alone, as you are mere feet from fellow travelers all day, most days. There isn’t space for grudges and petty problems. Annoyances bubble over quickly and are aired in a manner worthy of Festivus. Beware your claustrophobia — otherwise, it will find you, and quickly. 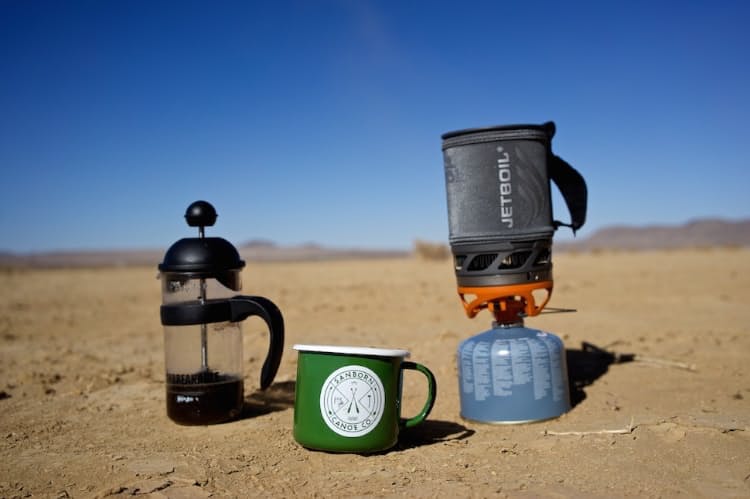 4) You will be homesick

You’ll meet new people on the road, people you could probably be good friends with. But, given your nomadic lifestyle, you’ll move on before you get to know them well. It’ll make it even clearer that you miss the ease of catching up with a good friend where effortless conversation and laughs are completely without pretense. You’ll miss a warm (or comfortably cool) apartment or house and the ability to spread out without a quick onset of that previously mentioned claustrophobia. You’ll miss knowing where the best place to have a coffee, beer, or pizza is without rolling dice on Yelp. You’ll miss having a hot shower whenever you want it, and not having to wear flip-flops in said shower. You will however value those things more than you ever thought possible when you do get them. 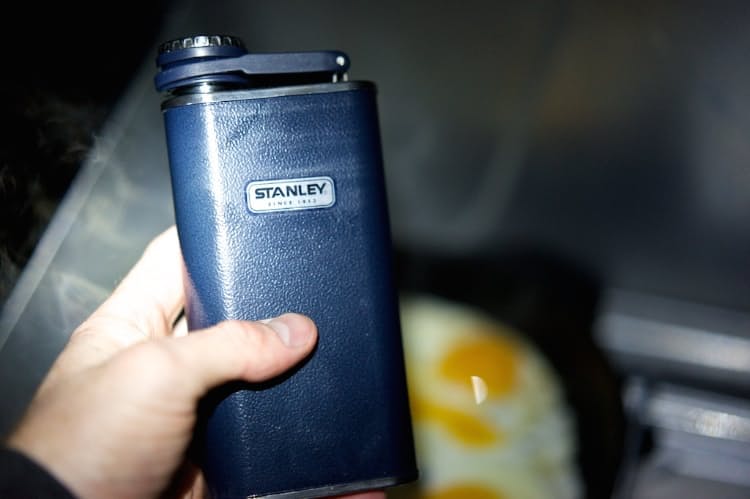 For the uninitiated, a pee jug is exactly what it sounds like. Ok, so maybe it's not my favorite Stanley Flask (ed. Did you really think we'd post a photograph of Jon's personal pee jug?), but that's beside the point. And a conversation for another time. Anyway, you might fight it for a while, say you never get up during the night, claim it doesn’t bother you to hold it till morning. But, eventually you will have a container that you can pee in anytime and anywhere. You will become adept at finding places to quickly dump it in the morning. You will appreciate the pee jug for its convenience and the relief it provides you. You will be sorry not sorry for admitting you appreciate your pee jug.

Something we’ve heard often over the last four months from friends, family, and strangers alike is that we’re “living the dream.” I’d be quick to argue that we’re “living our dream,” which to me, is an important distinction. Living on the road isn’t for everyone, no matter how romantic it may look or sound, and I can safely say I don’t think I’d want to do it all the time for years on end. But, I appreciate the opportunity we’ve made for ourselves and I wouldn’t trade it for anything. I’m just trying to soak it all in as it passes by faster than I’d like. Safe travels. [H]

Jon Gaffney is a man of the road who enjoys testing the recommended use limits of everything he owns.
When he's not taking photographs, he's climbing, hiking, swimming, or gripping the wheel of his Sprinter Van.
You can follow his continuing cross-country adventures as the Huckberry Van Man here.

< Every Day is a Journey
Piute Pass: Knowing When to Fold 'Em >