The Race of Gentlemen

At first glance, The Race of Gentlemen, an annual drag race on the Jersey Shore, might appear to be all about badass cars and motorcycles brapping up and down the beach, but truly it’s a celebration of American heritage and tradition. I’ve never been as intimidated behind a camera as when I caught a soul-piercing glance from Ed Jakubowski Sr. on his ’47 Harley, but it turns out I had no reason to be intimidated. Everyone was there to have a good time celebrating the American ingenuity that sparked the Industrial Revolution and the backyard mechanics that gave birth to hot rodding. Oh yeah — and to hoist some cold ones. Can’t forget the cold ones.

Welcome to The Race of Gentlemen, known affectionately as TROG by devotees, an annual drag-racing event inspired by the Mojave desert hot races in the late 1940s

Every year a mass of grizzled men in leather jackets, women in cutoff mechanic’s coveralls and spectators of every make and model are drawn to a stretch of Wildwood, NJ beach between Mariner’s Landing and Adventure Pier. Tents sprawl out on the beach to protect onlookers and drivers from the summer sun. The high rattle of hot rods, the low rumble of motorcycles and the full range of the crowd’s cheers fill the air. With the summer heat shimmering off of everything in sight, it was a surreal scene that I almost could have mistaken for a mirage. Welcome to The Race of Gentlemen, known affectionately as TROG by devotees, an annual drag-racing event inspired by the Mojave desert hot rod races in the late 1940s. TROG is the definition of authentic: Participating motorcycles and cars have to be older than 1947, modified for racing, and, most importantly, American made from the ground up.

I heard about the event two years ago and have been dreaming of vintage American cars and motorcycles kicking up dirt on the beach ever since. But, just like with anything else, life gets in the way from time to time. So when I saw that this year's TROG would be in June instead of the usual October date, I briefly considered my options for attending before scrambling to get a plan together. Finally, on the Friday morning before the races I had a car full of everything I needed and a place to crash. I was on my way down to Exit 4 on the Garden State Parkway and see for myself what TROG was really about.

My nerves were firing on all cylinders as I approached the opening gates. Out of a sea of tents loomed a wrought-iron entry gate with the beloved TROG abbreviation under which the entrants and spectators passed into the overwhelming cacophony inside. As I passed through the gate and into the event engines roared and echoed, louder and louder with every step.

TROG can be a little overwhelming at first. There’s something happening around every corner: the races, the pits, the motorbike daredevil demos. The Pit, which housed teams from all around the country and even internationally from Japan and Canada, looked like a scene straight out of The Warriors with all of the various team shirts and jerseys. Just a few steps away Rhett Rotten balanced atop his Harley some two stories in the air before his fabled Wall of Death show. Left and right there’s every type of person ranging from youngsters vying for a glimpse of the races to fully tatted rockabillies chugging down an endless supply of Not Your Father’s Root Beer. TROG isn’t just about hair-raising drag races; it’s a gathering of like-minded people that value heritage and tradition. And as long as there are people that cherish those values, like the founders, participants and attendees of TROG, classic Americana style isn’t disappearing anytime soon.

If there’s anything I’ve learned from my first brakes-locked, tires-screeching, neck-bending freewheel in the world of TROG, it’s that sunblock is a much-appreciated necessity, I’d do a lot of things for a killer pair of knee high leather boots and, possibly most important of all, that good people make for a great time. Whether you’re by yourself or with a group of friends and family, I refuse to believe that anyone could leave unsatisfied. There was an awe-inspiring wave of passion and well-being that, in the end, embodies the feeling of ‘good old fashioned fun.’ Despite the wide variety of attendees, everyone was there to celebrate the American heritage behind the provenance of the vehicles and the spirit of ingenuity behind their construction. The American sense of traditionalism is strong with each and every one of the participants and their built-to-work mentality. I know for next year’s races, I’m roaring down the Parkway on my set of two wheels with friends in tow. To Mel and the rest of the Oilers Club, I can’t thank you enough. [H] 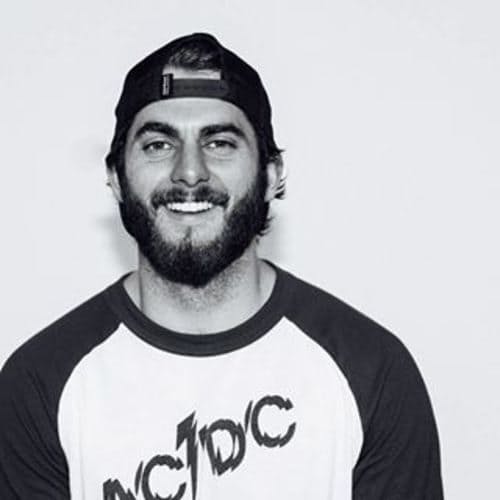 Sean Madden is a photographer, New Jersey native and avid Huckberry reader. Be sure to give him a follow on Instagram.

The Books of Huckberry: Summer ...