Buckle up gents, this summer you're hitting the road according to one data scientist's findings on the perfect road trip

With prime road trip season just a few months away, we'd like to think that now's the time to pick where you want to go, who you want to go with, and what you'd like to be doing and seeing along the way. And thanks to Randal Olson, an ultra-savvy data scientist and graduate student at Michigan State University, that first part just got a whole lot easier. 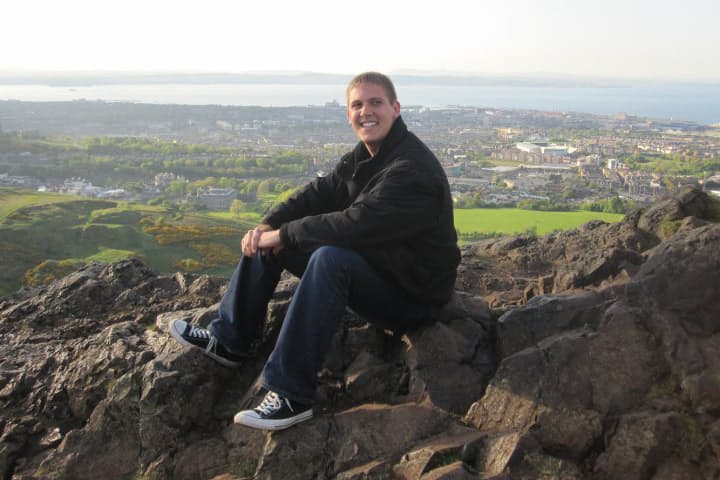 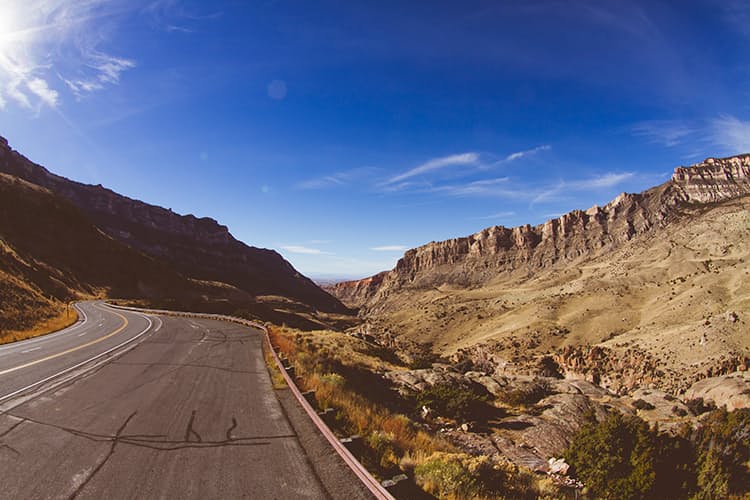 As a weekend project ("I don't take kindly to Michigan winters," he told us), Olson cracked the code on what his numbers indicate as the 'optimal' road trip — that is, the best way to drive through all 48 of the continental United States in a way that balances driving time with sightseeing opportunities and activities (re: National Parks, popular landmarks, etc.) with the least amount of backtracking. In shorthand, Olson wrote a genetic algorithm (more on that later) that plots the perfect road trip through the United States.

From Utah's Bryce Canyon National Park to the Alamo in Texas to the Breakers in Rhode Island, each and every stop is already planned for you, and includes the most efficient way to get from point A to points B through Z. There's no excuse now — this summer, you're hitting the road. 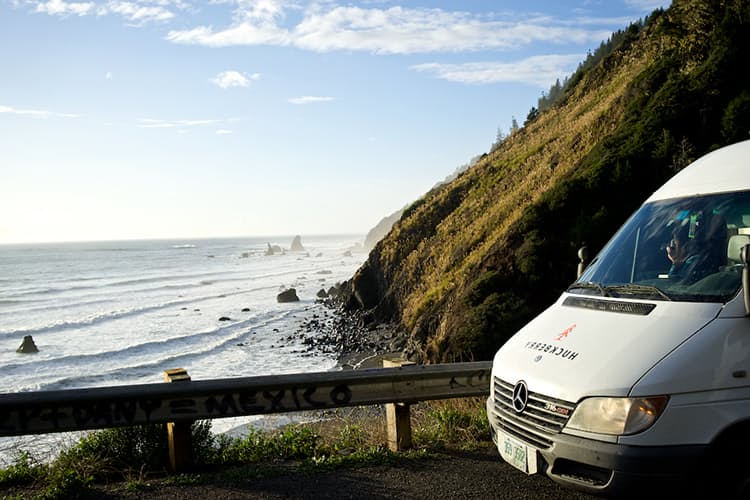 This isn't any old road trip. Here was the initial challenge criteria, as laid out by Tracy Staedter at Discovery News:

a) The trip must make at least one stop in all 48 states in the contiguous U.S.
b) The trip would only make stops at National Natural Landmarks, National Historic Sites, National Parks, or National Monuments.
c) The trip must be taken by car and never leave the U.S. 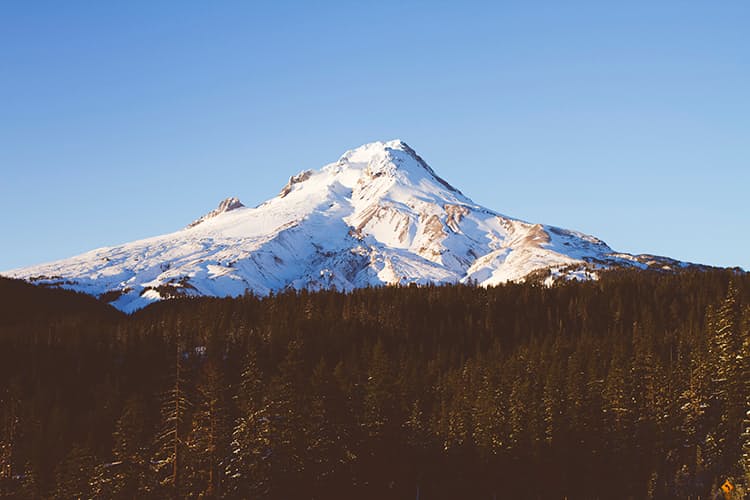 48 states and 50 major US landmarks later (leaving out Alaska and Hawaii, because you can't drive to those, and adding one in Washington, D.C. and a second in California), Olson had his official points of interest to hit on the trip.

Which spots would he most like to visit? "It's hard to pick just a couple," Olson told us, "but I'm most excited about visiting Mammoth Cave in Kentucky. It's the longest cave system in the world — how cool is that? And being a huge space nerd (I wanted to be an astronaut when I was younger), the thought of visiting the Kennedy Space Center again sounds awesome."

That said, let's dive into Olson's algorithm to make a little sense of all this. 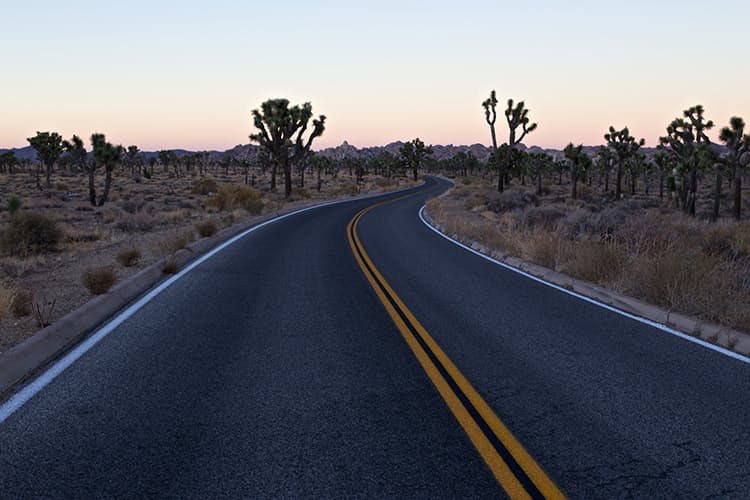 So what's the deal with these genetic algorithms? We're glad you asked. With the landmarks set, all that was left was for Olson to find the best way to drive between all of them — a task that, should you begin doing it by hand on your home computer right now, "you'd find the optimal route in about 9.64 x 10 ^ 52 years — long after the sun has entered its red giant phase and devoured the earth," writes Olson. Obviously this is slightly less than ideal, especially if you'd like to hit the road in a few short months. 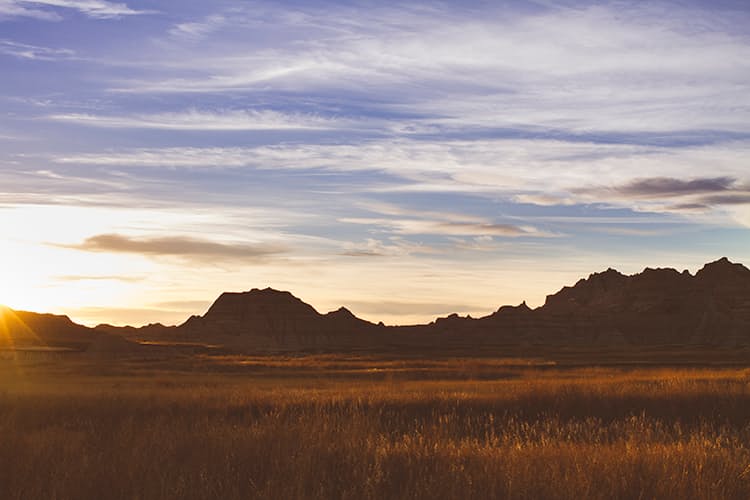 Sure, Google Maps has an optimization service, but it's only for up to ten waypoints. The 'perfect' road trip has 2,500 to compute (sorry Google). Other route optimization services exist, but you have to pay to play, and we're saving our pennies for unleaded gas and Chico Stix. The solution? Genetic algorithms. (Which, as it so happens, Olson also used to find Waldo.)

"Instead of exhaustively looking at every possible solution," Olson explains, "genetic algorithms start with a handful of random solutions and continually tinkers with these solutions — always trying something slightly different from the current solutions and keeping the best ones — until they can't find a better solution anymore." 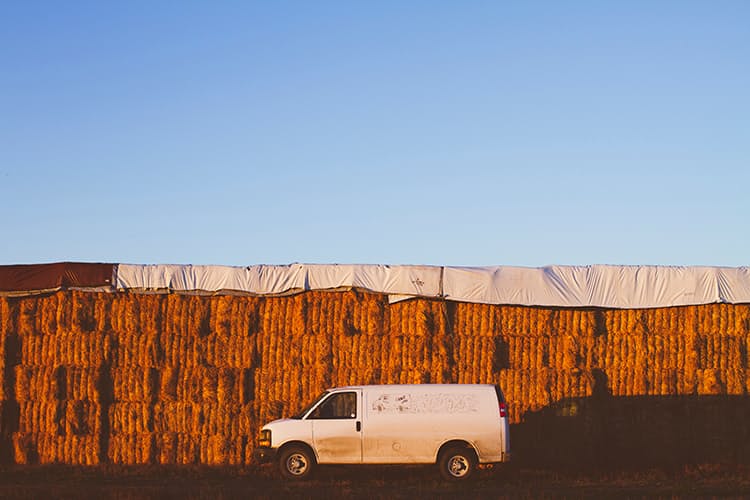 We won't go into the back end of how these genetic algorithms work — it makes our collective heads hurt — but what we do know is that after only a minute of Olson's finely tuned algorithm running through the states and 50 landmarks, it came up with a near-perfect solution (which you can see above) for the perfect U.S. road trip: 13,699 miles of mountains, national parks, corn fields, and historic cities.

The best part? "This road trip is designed so that you can start anywhere on the route as long as you follow it from then on," says Olson. "You'll hit every major area in the U.S. on this trip, and as an added bonus, you won't spend too long driving through the endless cornfields of Nebraska." We can definitely get behind that. 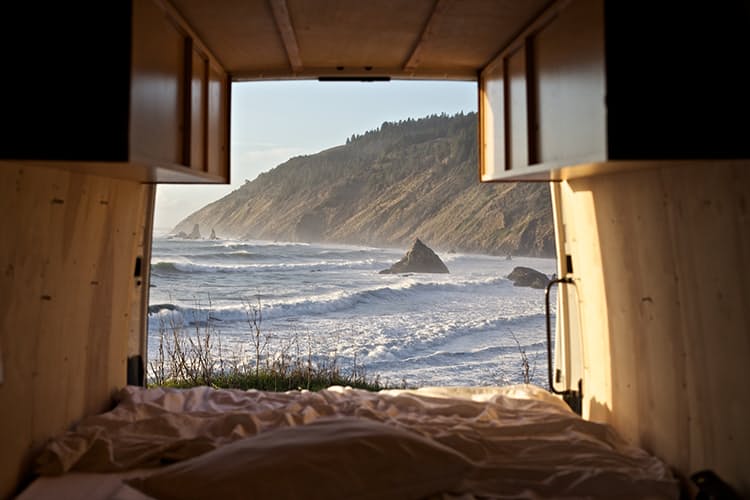 "Assuming no traffic," says Olson, "this road trip will take about 224 hours (9.33 days) of driving in total, so it’s truly an epic undertaking that will take at least two to three months to complete." (Remember Horatio Nelson Jackson's trip? We've come a long way, baby.)

Great to know in theory, but the route of a good road trip is only half the battle — the practice of planning and executing a road trip needs a bit more detail. So with Olson's optimal road trip in hand, we tee up some of the logistical challenges that the trip would entail. 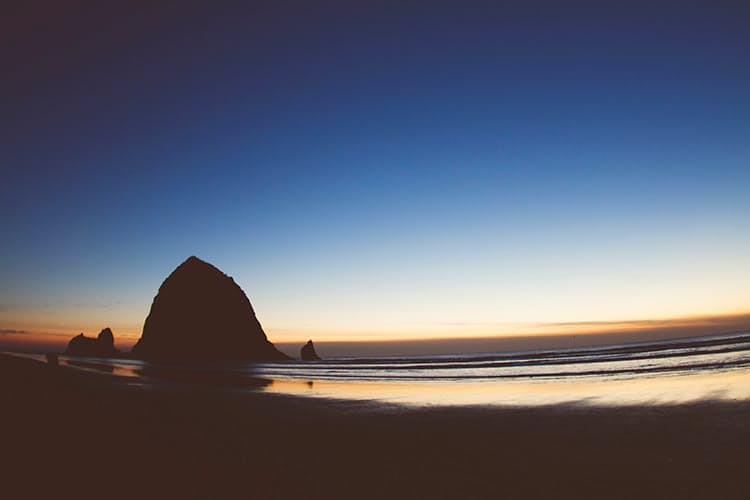 Let's say, to start with, that you could actually drive it all in 9.33 days. That's no fun; take your time. We've all logged plenty of highway miles before, and have found that around 3 - 400 miles a day is about the maximum for alert driving while still leaving enough time for any fun diversions you might encounter along the way. At this rate, it would take you just over 34 days to complete the 13,699 miles circuit.

That said, we recommend taking even longer. Start by taking a couple days off a week to explore around you — that'll mean in the five weeks you're on the road, you should take 10 days off, bumping you up to 44 days on the road. And who knows when you won't feel like pushing through so many miles in a day, where you'll want to stay a bit of extra time chasing fun detours along the way?

All told, we say that you should allot no less than 50 days to make this epic trip. Just make sure to request enough time off and/or quit your job in time. 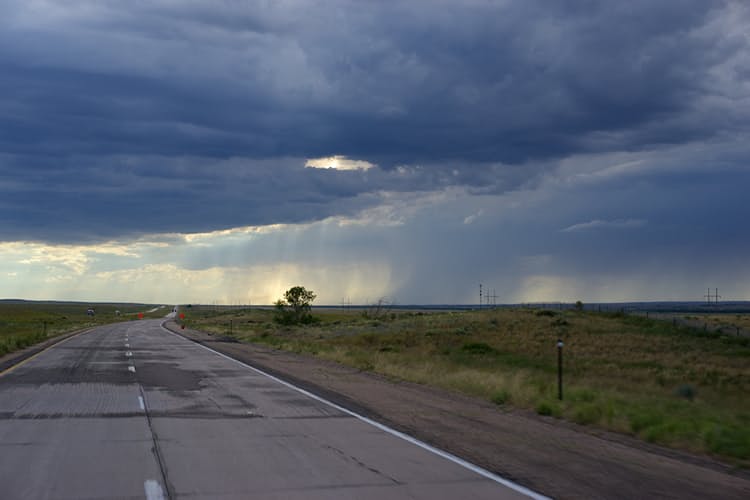 Hitting the road in a van? Bring a little extra for gas, and be sure to check out this story, on how one of our readers candidly laid out exactly what information you'll need to hit the road, from where to rent the van and pack it, what to bring, to how to make the most of annual national parks passes and AAA memberships.

If you're in a vehicle that's not outfitted for camping, use sites like AirBnB, VRBO, and Couchsurfing to find cheap places to crash — and probably meet some cool locals along the way. We love Hipcamp for campsites, Roadtrippers for roadside oddities and little-known diners, and the Outbound Collective for the best local hikes. 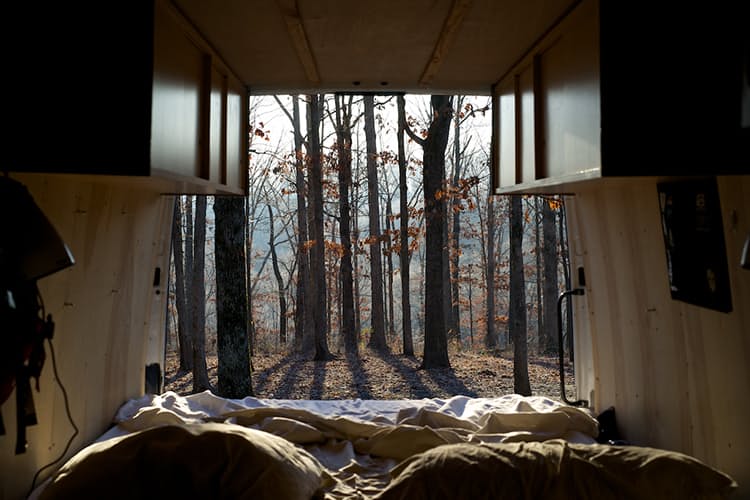 We can't think of anyone who knows #vanlife better than the Van Man and She Explores, so we asked them for their top five tips for hitting the road. Here's what they gave us:

1) Keep your schedule loose, real loose. The road has a way of laughing in the face of your best-laid plans. Either a town or park sings you a siren song, an accident causes hours of traffic, or something inevitably goes awry. It's a lot less stressful if you're not up against a deadline when these things happen.

2) Get a great cooler, but optimally a fridge. Keeping fresh food with you is a lot more enjoyable than eating gas station fare and it'll save you money in the long run.

3) Own a good atlas. Cell service is spottier than you expect once you get out on the road. Even major interstates can be black holes for hours at a time. An atlas will keep you from ever being too lost and from evil data overage charges.

4) Listen to the locals. They know way more than you do, so at least take their advice into consideration.

5) Get Audible. Music is great, but when the hours on the road pile up, listening to the same albums on repeat gets old. Find an author you love and download some of their books. If they're the narrator, even better. [Ed. note: we're also into comedians. Nothing keeps you awake behind the wheel better than side-splitting laughter, no matter the hour of day. We suggest you either start a Spotify Premium account, or download performances from Bill Burr, Demetri Martin, Aziz Ansari, John Mulaney, and Louis C.K.] 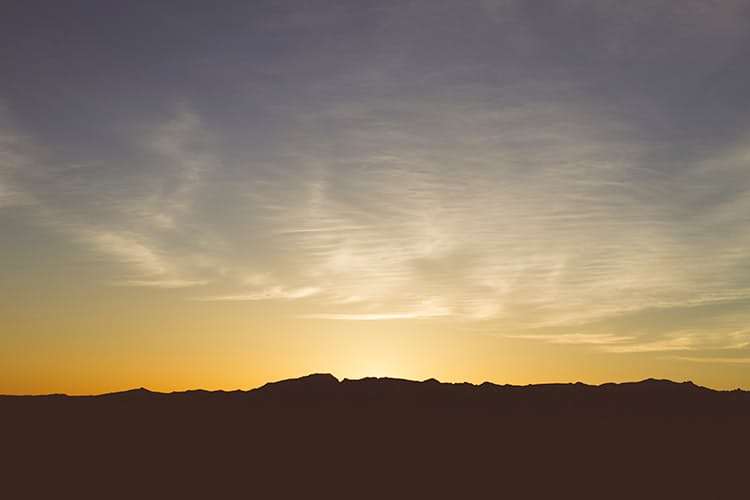 You know what's better than the same album on repeat? Our Spotify playlist. Follow along while you're on the road — or just listen up at the office as you daydream about driving off into the sunset. [H]

Give Liv Combe fifty days off (please?) and she'd be on the road immediately.
She's an Assistant Editor at Huckberry in San Francisco.
Follow her on Twitter and Instagram.