The One Thing You Can't Miss: New Zealand's North Island

Covered in a seemingly endless sprawl of natural wonder, more than 30 percent of New Zealand’s land mass is protected parks and reserves. New Zealand’s North Island – the one known for looking less like Middle Earth and more like the British and Irish countryside – includes miles of untouched coastline, rolling green hills, and serene mountain ranges that transport you to a simpler, foreign world.

None of New Zealand's nine great walks match the otherworldliness and nearly extraterrestrial nature of the Tongariro Alpine Crossing.

New Zealand’s nine Great Walks, three of which can be found on the North Island, can take you across every variation of terrain imaginable, but none of them match the otherworldliness and nearly extraterrestrial nature of the Tongariro Alpine Crossing in Tongariro National Park.

New Zealand’s oldest national park (not to mention the fourth-oldest on the planet), Tongariro is the closest many of us will ever get to seeing the Martian landscape in person. Home three active volcanoes, including Mount Ngauruhoe – which served as Mount Doom in Peter Jackson’s Lord of the Rings trilogy – Tongariro is also home to multiple sites sacred to the Maori, New Zealand’s native peoples.

Tongariro is essentially made up of three parts: the ascent, which takes your through fields of volcanic rock and past meadows of wildflowers and waterfalls; the summit, which includes the emerald lakes and Mars-esque red rock formations; and the descent, which takes you through wild brush and back through the beech forest before completing the 12-mile trek. However, before you can consider the diversity and range of spectacles you’ll experience over the course of the one day hike, you have to take your first step onto the trail.

It's almost as if you’ve entered an environment in which fauna were not meant to live naturally.

I arrived just after dawn to one of the most silent and serene settings I’d ever seen. There is little to no sign of animal life in the rocky fields of frozen magma that accompany you on your ascent up Mount Tongariro. The occasional magpie might fly by or a wild sheep or stag might make an appearance off in the distance, but it appears almost as if you’ve entered an environment in which fauna were not meant to live naturally, as if we’re not equipped to manage the sheer scale of the terrain.

Three hours and some 600 odd vertical feet later, I've found myself standing in the shadow of Mount Tongariro’s summit, looking out over the entire national park in all of its glory. Below me, the crossing’s famed emerald lakes, appearing in various shades of teal and cobalt, along with the Red Crater and what seemed like an entire country below. The strong winds rushed by and I began to understand why there were so many of hikers on the trail donning significantly more than just the shorts, t-shirt, sneakers, and rain jacket that I chose to wear on the day of the crossing.

New Zealand’s North Island surprises almost everyone who visits; when you think of New Zealand, it's hard not to think Lord of the Rings, and the North Island it looks vastly different than its Middle Earth-esque southern neighbor. But every corner of the North Island is stunning in its own rugged way, and whether you spend your time there walking through mountains or surfing waves, you’ll take a part of the land with you in exchange for a piece of your heart that you leave behind.

What Else to Do and See on New Zealand's North Island

Visit Cape Reinga
For anyone planning to visit both islands, Cape Reinga is a must-see to fully understand the importance of these lands to both the Maori and European populations that make up modern day New Zealand. Cape Reinga is the North Island’s northernmost point and provides incredible views of nearby 90-mile beach, the country’s original highway, and the Tasman Sea.

Check out the Bay of Islands
Where modern day New Zealand was born, the Bay of Islands, located between Cape Reinga and Auckland, was where European explorers first came into contact with the Maori people and formed a colony at what is now modern day Russell. Stop by neighboring Paihia for a day at the beach or charter a fishing boat to chase after some of the region’s famed giant bluefin tuna.

Spend a weekend at Lake Aniwhenua
You’d never stop at Lake Aniwhenaua located just southeast of Rotorua, on your way to Wellington if you didn’t know it was there, but you’d be mistaken not to check it out. The Kohutapu Lodge is the place to stay, and the family-run lodge can organize everything from boar hunting trips to horse back riding to moonlit eel fishing, a regional tradition. [H] 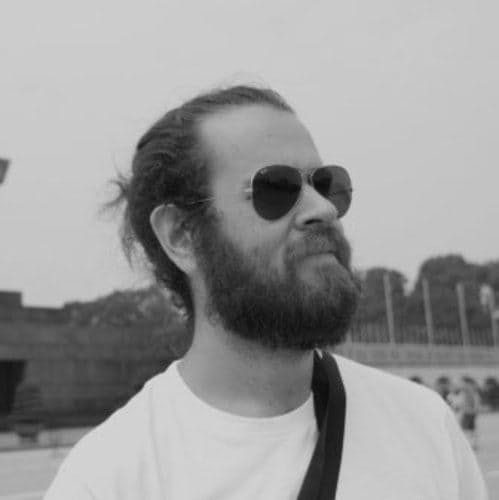 Max Bonem is a writer, eater, and workshorts enthusiast.
He once swam across a river in Copenhagen just to prove a point.

A Q&A with Thomas Woodson...