The Oldest Ski Shop in America

In a small New Hampshire town, Lahout's Ski Shop has been outfitting skiiers for the slopes for almost a century
November 4, 2015Words by Kyle Frost

The year was 1922. Warren G. Harding was president, the tomb of Tutankhamen had just been unearthed, and the Cubs had won the World Series just 14 years before. In a second-story apartment in Littleton, New Hampshire, Joe Lahout was born into the world. His family’s general store occupied the first floor.

Joe still lives in that upstairs apartment, and below, what is now the oldest ski shop in the United States.

93 years later, we’ve been through 15 presidents, sent people to the moon, and skis have evolved from simple pieces of wood without wedges to rockered, cambered, carbon fiber lightweight awesomeness. Plus, the Cubs finally won that World Series title. But one thing remains the same: Joe Lahout still lives in that upstairs apartment, and below, what is now the oldest ski shop in the United States.

Step through the front door of the shop and you’ll see signatures adorning the wood frame. Not just any signatures, but Olympic medalists, icons of the sport like Joannie Hannah, Gordie Eaton and Bode Miller. Next to vintage equipment, the latest skis and bindings. The original cash register is on the back shelf, still brought out for use on busy days. While they’ve modernized many portions of the business, Lahout's still doesn’t use a point-of-sale system.

Let’s back up for a moment. Joe Lahout grew up as a Lebanese-American in a predominantly Irish and French, white neighborhood in northern New Hampshire. His father was a traveling peddler, and the family ran a general store downstairs from the apartment. When his father passed away when he was 12, Joe became the man of the house, taking over the store.

After serving in WWII, Joe returned to New Hampshire,  diving into skiing with a renewed passion. The shop quickly gained a reputation for supporting young skiers, some of which went on to ski on the US National Team and the Olympics. Lahout worked every day of the year except for Christmas morning, always available to talk shop over some beer and cheese. Every Christmas, he’d invite several local families to shop at the store. They’d all put their names in a hat, and at the end of an evening full of shopping food, and drink, one of them would go home with their Christmas purchases for free.

Year after year, Joe has run the shop, growing it from the original general store to an iconic location in New Hampshire and the ski culture of the east.

Year after year, Joe has run the shop, growing it from the original general store to an iconic location in New Hampshire and the ski culture of the east. Joe was inducted into the New England Ski Hall of Fame (although he humbly declined to attend the ceremony), and has been the focus of innumerable ski memories for northeast locals.

This year, Joe’s grandson, Anthony Lahout, decided to make a short film about the incredible history behind the store and his grandfather. Recently, I got the chance to sit down for a short interview.

Kyle Frost: What inspired you to make this film?

Anthony Lahout: Since moving out West, I've started to come across more people that had connection to the East. That might be from growing up racing, having a ski house in Stowe, or visiting for fall colors. More and more, my grandfather started to ring a bell. The people my age remembered him as a smiling guy with white hair, and it was their parents who remembered Joe as a young man. I thought it would be a great piece for the family to have, documenting his legacy in the East.

Tell me about this film. Why do you think it’s resonating with so many folks?

AL: For me, the biggest thing, working in the action sports industry, was really wanting to capture some of this magic before it’s too late. My grandfather has been a huge influence on my life and I really just wanted to have a cool piece about him and his life for the family.

What does your grandfather think about it?

AL: Well, he’s still sharp as a tack, but honestly he really has no idea. It’d be a miracle if he even picked up a cell phone. He definitely got a kick out of having a small film crew out to just shoot him talking about stuff. I’m not sure he would really comprehend the scope this has grown to. I plan on doing a big family get together to show the final product once it comes out.

AL: We’ve somewhat modernized the business — there are now 10 stores in the New Hampshire area. This really started as a passion project. When the popularity became apparent, we decided to make a couple of pretty awesome vintage goods based my grandfather and the original signage. All the proceeds will benefit the Mt. Eustis Ski Hill charity. Having the difficult childhood that he did, Joe was adamant about using the film to benefit ski families with financial challenges.

We’ve really been blown away by the response to this, and we hope everyone can find something to enjoy in the final film. [H] 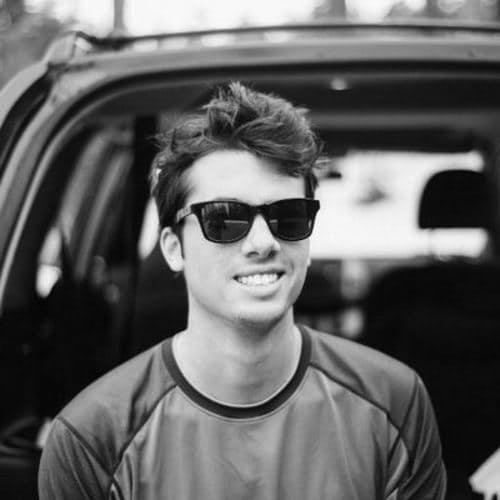 Kyle Frost is a designer, photographer, and weekend warrior extraordinaire.
He's a fan of coffee, big mountains, and witty banter.