An Adventure Finalist takes to the Mississippi to fulfill a childhood dream. 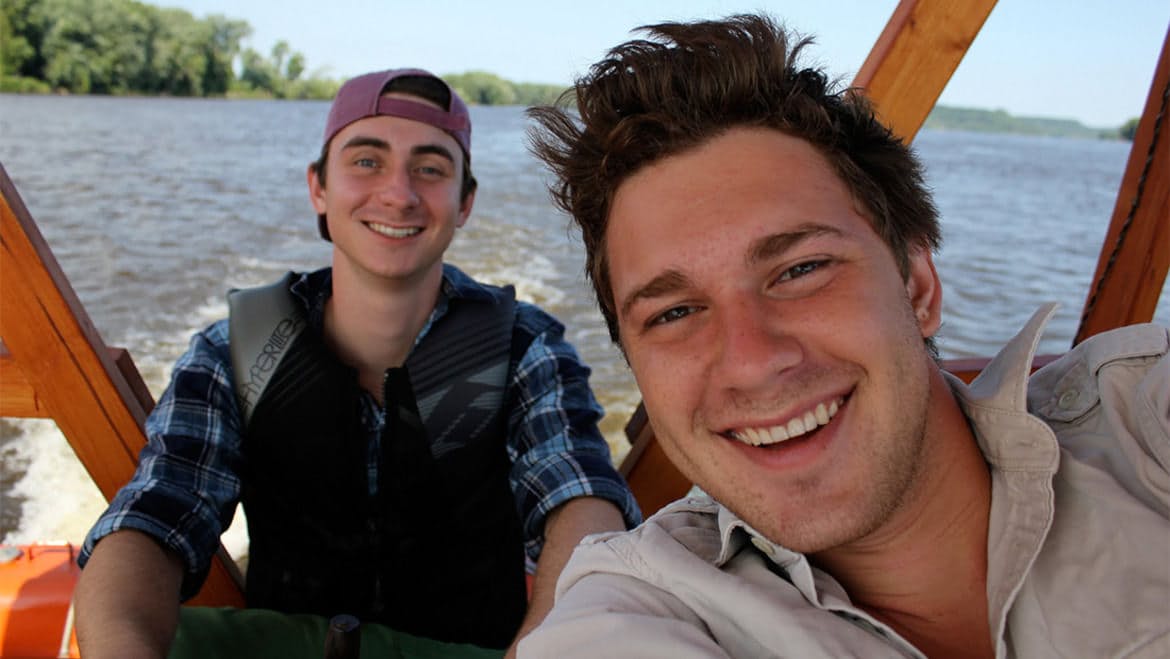 When I returned home after college, I found the life motto I had written out as a fourteen-year-old boy still taped above my bed – “AVDE ALIQVID DIGNVM” or “Dare Something Worthy.” It was summer, and my brother and I, who had spent years joking about a trip downriver, knew that the time was now.

We set out planning a trip down the Mississippi River, from Minneapolis to New Orleans. We purchased an old pontoon deck (nicknamed Ol’ Fuss’n’Feathers) and rebuilt it as a fortified raft designed by our buddy Peter Middleton (and re-christened The Spirit of the Storm). And then, at the end of June, we cast off. 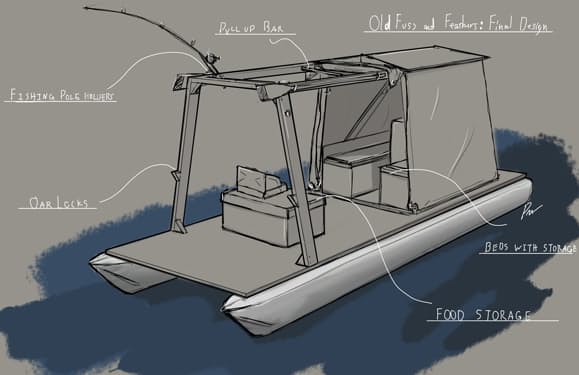 While rafting certainly required a good deal of practical attention, most of our days were open and filled with guitar playing, chess, journaling, thinking, and reading the great American classics we’d skipped.

We were able to have a single conversation for hours at a time (something we’d rarely been able to do in our large family) and follow a single line of discussion as far we felt it needed to go. 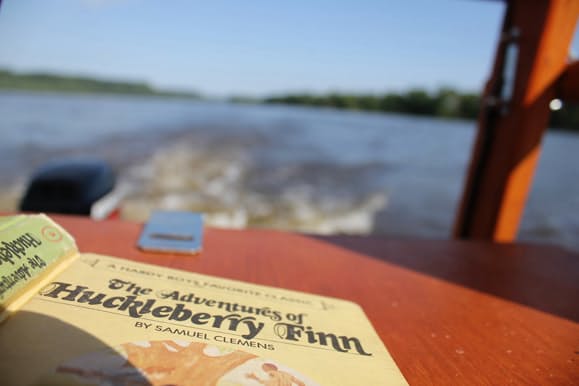 I learned more about his faith and how he approaches challenges in his life. He listened to me talk through a recent heartbreak and make career plans for myself when we got back to society. We spent long nights discussing the challenges facing our family back home and the types of families we hoped to have.

We talked and drank together on sandbar islands under the moonlight with the steady waves and faint rattle of the cargo trains in the distance as our closest link to civilization. 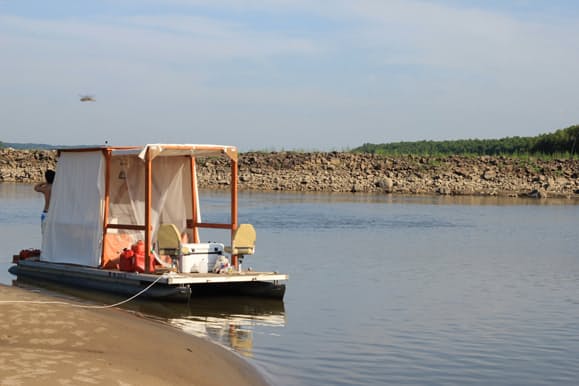 The challenges of life on the river are constantly evolving. One week in, our motor caught fire. Halfway down, we were walloped by two huge storms. And then, trying to outrun a storm just south of St. Louis, we turned up an inlet and met the famed tyrants of the lower Mississippi—Asian Jumping Carp.

We had been warned previously by cautious mid-western mothers who chalked them up to something similar to the Princess Bride’s ROUS’s. They were right. Thick, ugly carp (some as long as my torso) began hurtling themselves out of the water and into our boat at literally knockout speed. 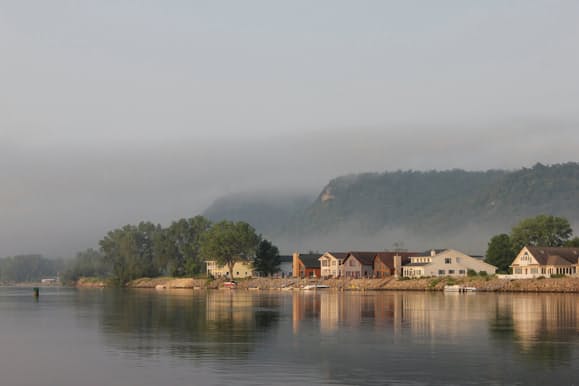 It’s impossible to properly describe the sheer absurdity and absolute terror of the shared, slow-motion moment between oneself and the dumbstruck face of a fish hurtling itself on top of your boat.

Since one can’t see more than a foot or two into the muddy Mississippi, we had no way of knowing precisely where’d they be coming from. One of us simply had to man the wheel while the other stood up front as a lookout with an oar to knock down (or scoop off) the ensuing onslaught. 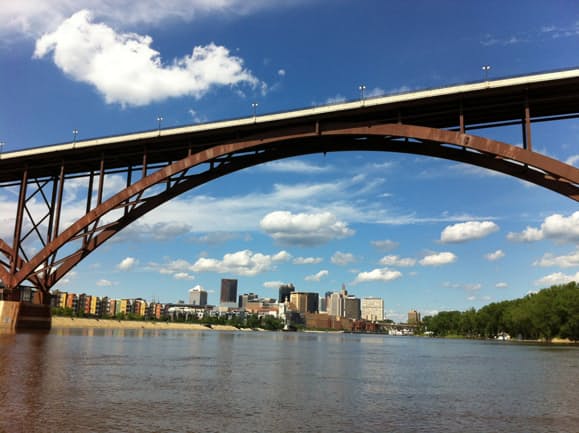 Our final push into New Orleans was a nearly twenty-four hour affair, and on August 6th, 42 days after we left, we pulled into a marina in New Orleans. We spent a week exploring the city, enjoying the Satchmo Summerfest, and relying on the hospitality of strangers. One week later, we sold our raft to a local houseboat repairman.

After fresh showers in our hotel, we flew back north to visit our family once again. I looked out the window past my brother and saw the entire Mississippi stretched out beneath me with all its kinks and bends, knowing that anyplace I looked was a place I had travelled. Lying in my childhood bed that night, I looked up with satisfaction at the words above my head, Dare Something Worthy—and began planning the next adventure. 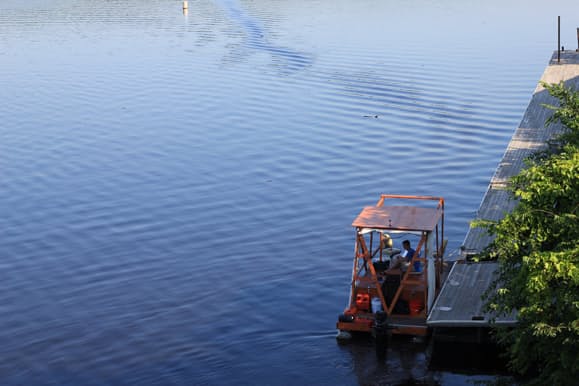 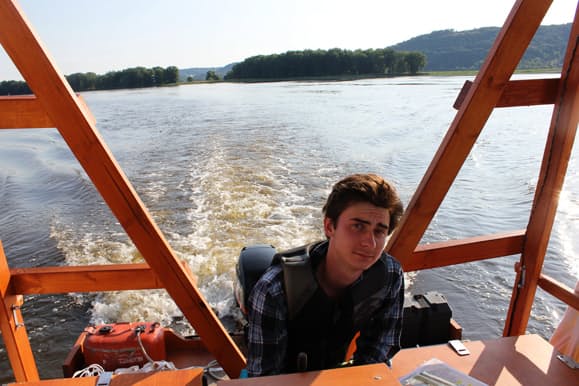 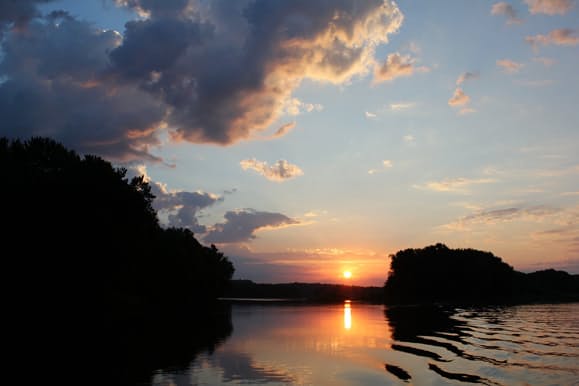 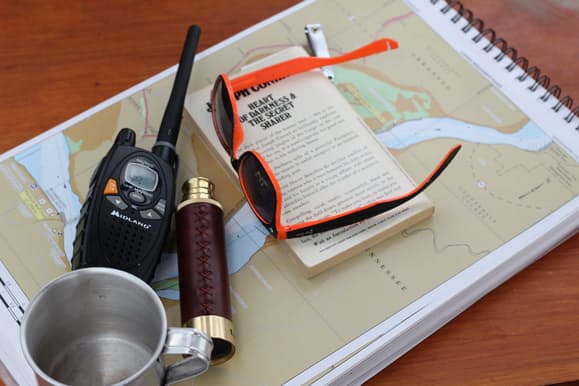 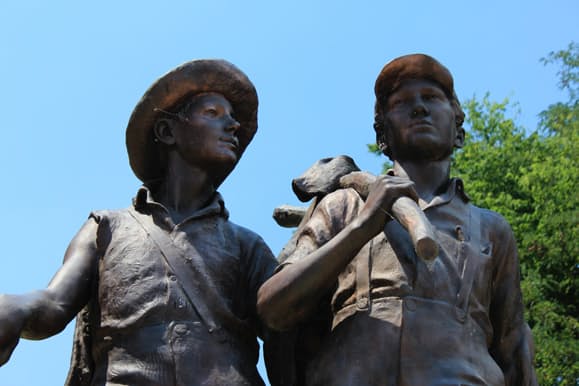 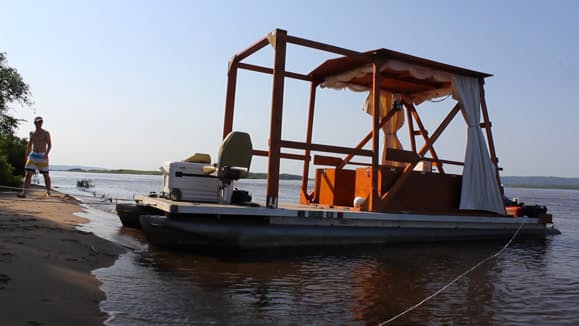 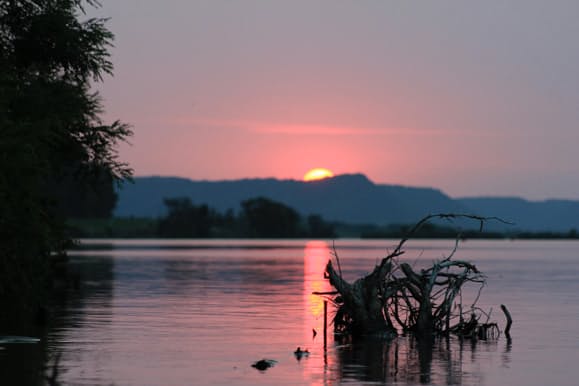