What do Tony Hawk, Xzibit, and David Hasselhoff have in common? They meet once a year to drive supercars together. 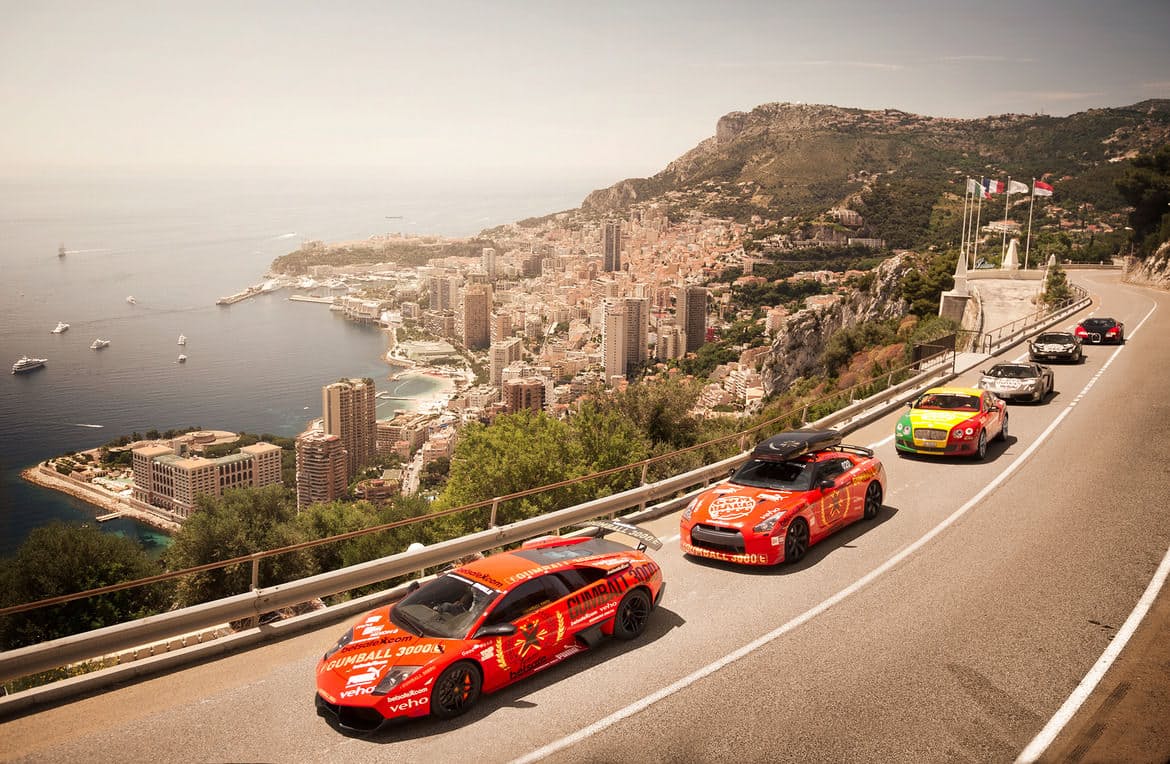 In the early 1970's the first unofficial, and unsanctioned “Cannonball Baker Sea-to-Shining Sea Memorial Trophy Dash,” (or simply The Cannonball Run) had drivers bombing across the U.S. from Darien, Connecticut to the Portofino Inn in Redondo Beach. But as quickly as the rally appeared, it was gone, brought to a halt after only four events due to safety concerns.

It looked like the short-lived celebration of high-speeds and open roads had met an untimely end. It would be two long decades before the spirit of the Cannonball Run was revived, finding new life across the pond in Europe. 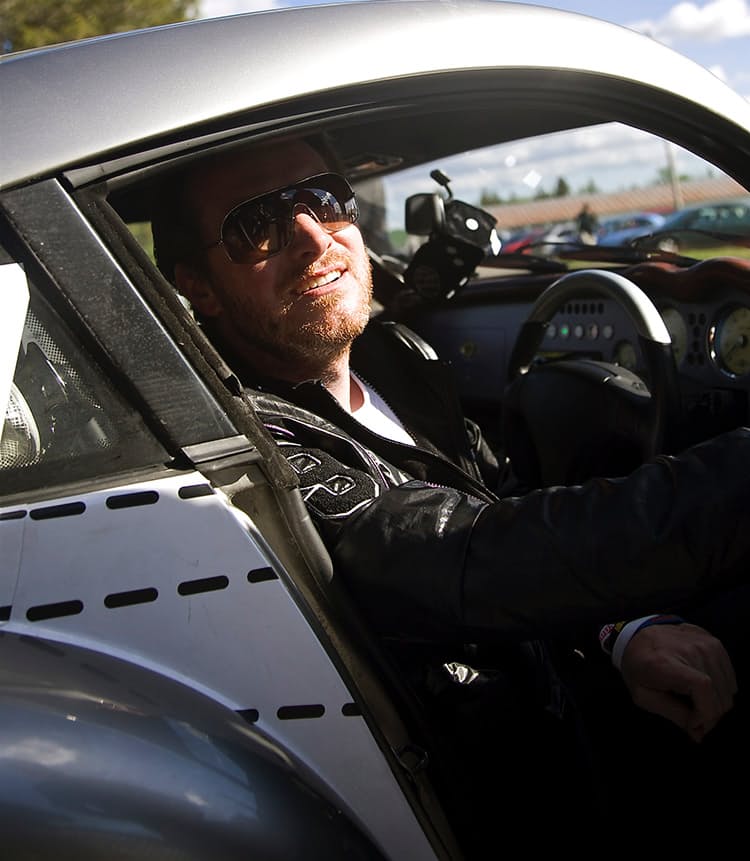 In 1999, British racecar driver and entrepreneur Maximillion Cooper created the Gumball 3000 (taking the name from Andy Warhol’s description of the public chewing up pop culture before spitting it out like chewing gum). The entry fee for the first race was $8,700 and the participants had to provide their own supercar, besides that - there were no rules. Cooper and his more than fifty fellow drivers covered 3,000 miles in their journey from London to Rimini, Italy and back again, partying each night along the way.

There are no prizes awarded, no clocked timing, and no winner of the rally – yet despite Cooper’s insistence that the Gumball 3000 is not a race, throughout its 15-year history, drivers have managed to find enough motivation to rack up countless moving violations. One of the most notable of these incidents came during the 2003 rally, when a Koenigsegg CC8S was pulled over in Texas for going 242 mph on a 75 mph stretch of road. 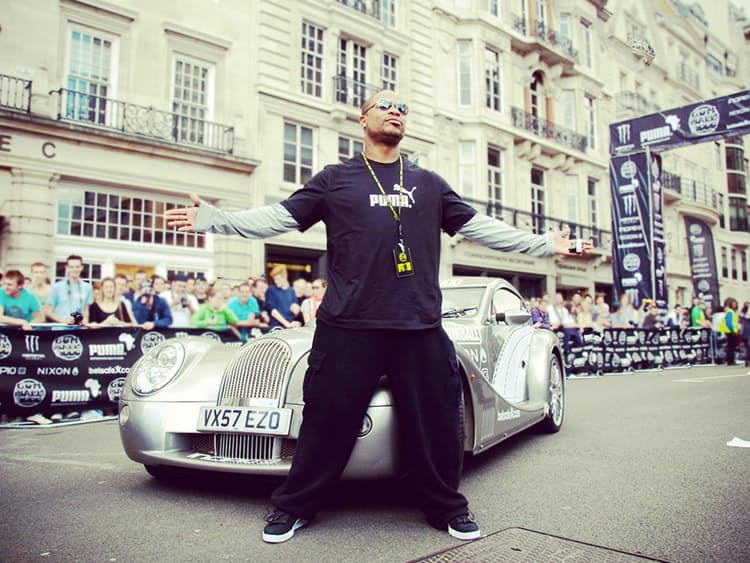 It wouldn’t be until 2007 that those reckless speeds finally caught up with someone. On May 2nd, Nick Morley and Matthew McConville were driving their Porsche 911 at a high rate of speed when they collided with a Volkswagon Golf, killing the 67 year-old driver, and his wife. Morley and McConville were later arrested after trying to cross the border of Macedonia and Albania in another contestant’s car.

The 2007 Gumball 3000 was cut short as a result of the tragedy, and many wondered if the rally would ever happen again, having fulfilled all of the concerns that the Cannonball Run had raised during its brief existence. 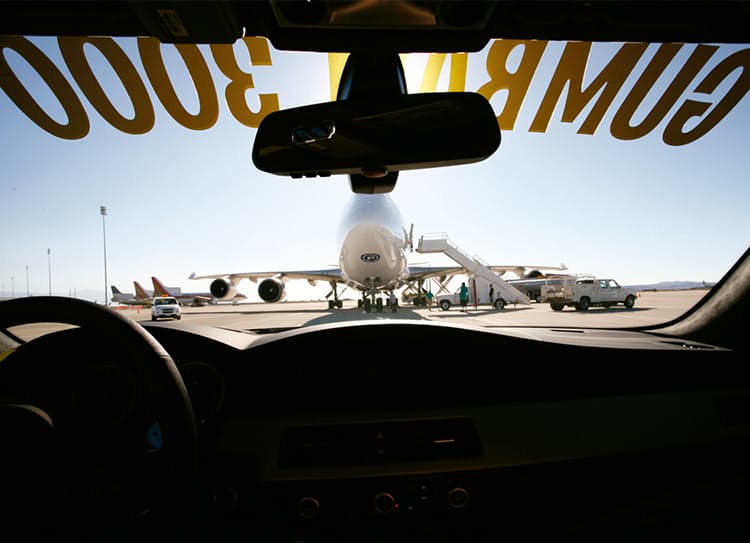 Despite widespread doubts about the likelihood of the rally's return, the following year the Gumball was back- and with a vengeance. This time taking drivers on a tour of the U.S. and China, before ultimately ending up at the Summer Olympics in Beijing. Even with such a spectacular finish however, the old adage of the journey being more important than the destination seems to be especially true in the case of the Gumball 3000. Many drivers say that it's the camraderie they find on the road (and in the parties that follow each night) that keeps them coming back every year, and judging from the pictures, it's easy to see why.

The high price tag and extravagance of the event has attracted many celebrities to the Gumball 3000, including David Hasselhoff, Adrien Brody, Xzibit (who got his license revoked in Europe while en route), and Matthew McConaughey. The drivers aren't the only famous figures in the rally. Over the years a number of iconic cars from pop culture have been entered, from the A-Team Van driven by pro-skateboarder Tony Hawk, to the surprisingly street-legal Tumbler Batmobile from The Dark Knight trilogy. 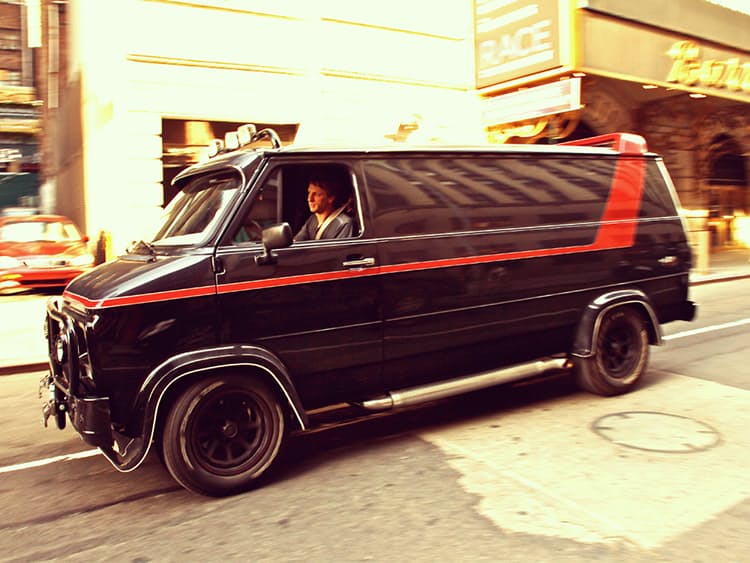 The 2014 Gumball 3000 begins in Miami before snaking its way up to NYC, then jumps across the ocean and over to Scotland, with the final stop landing drivers in Ibiza off the coast of Spain. Some highlights of this year’s entries are a 1964 Shelby Cobra Daytona Coupe, and the “Purrari”, a cat covered Ferrari 458 co-piloted by Deadmau5 and Myth Busters’ Tory Belleci. 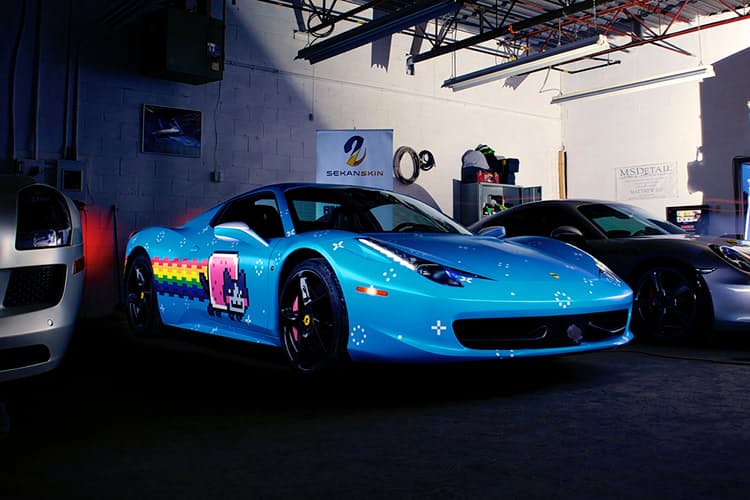 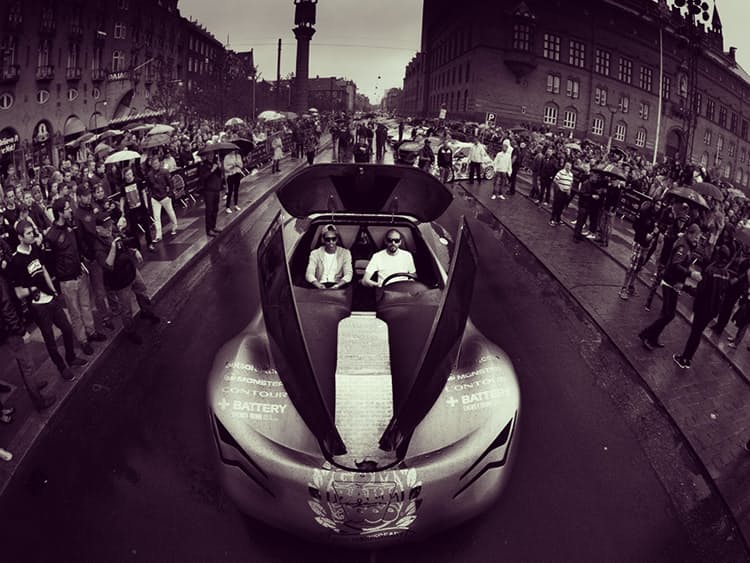 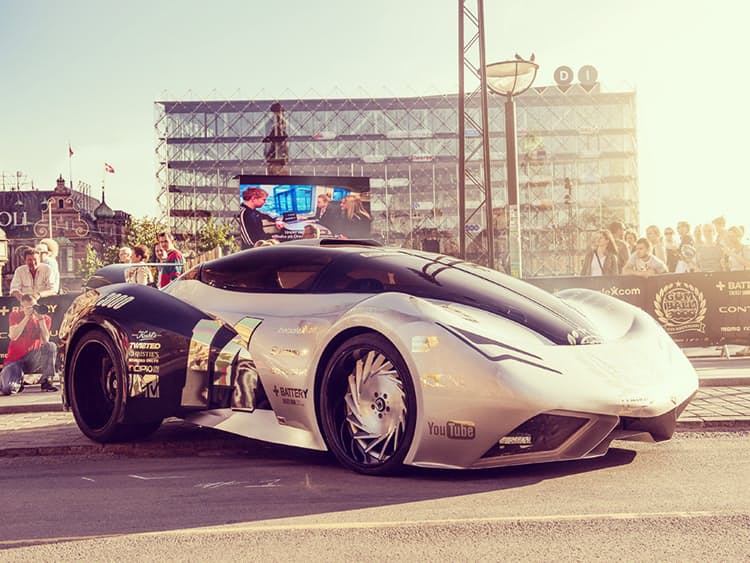 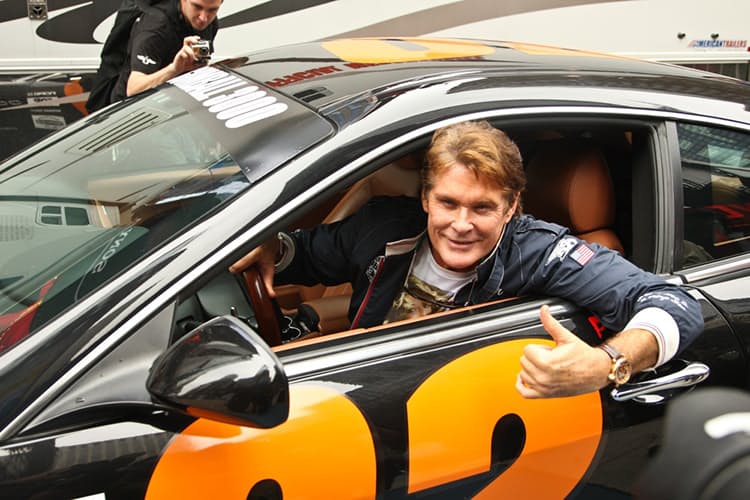 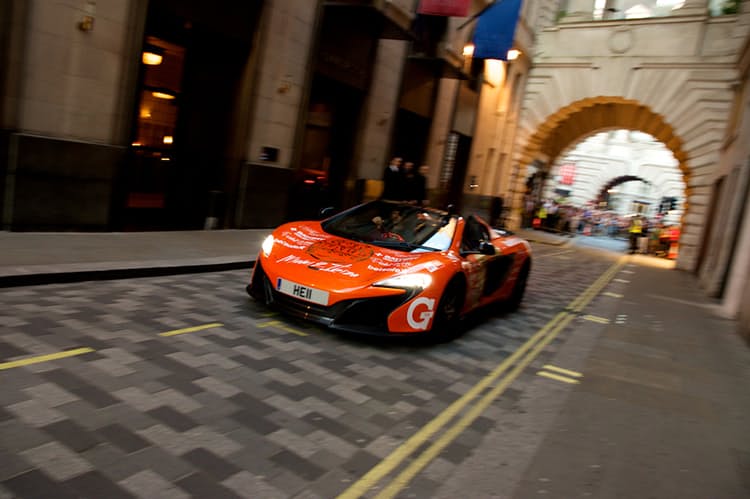 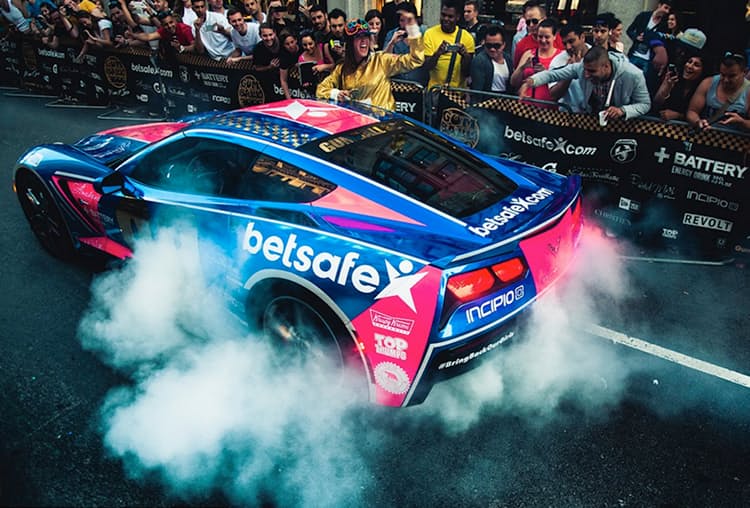 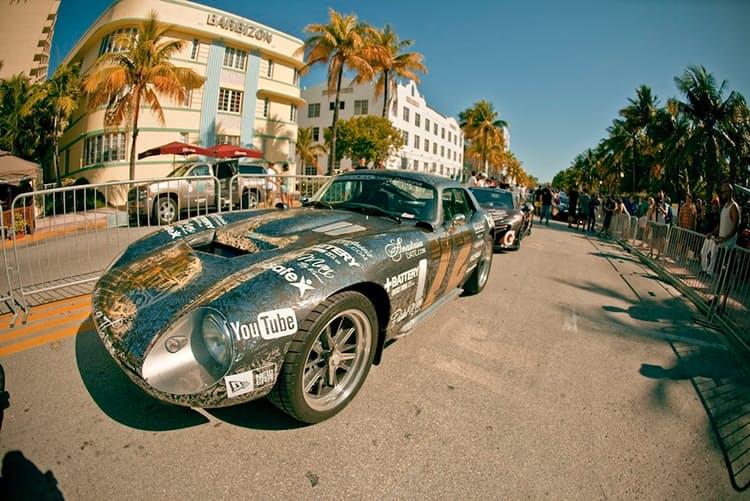 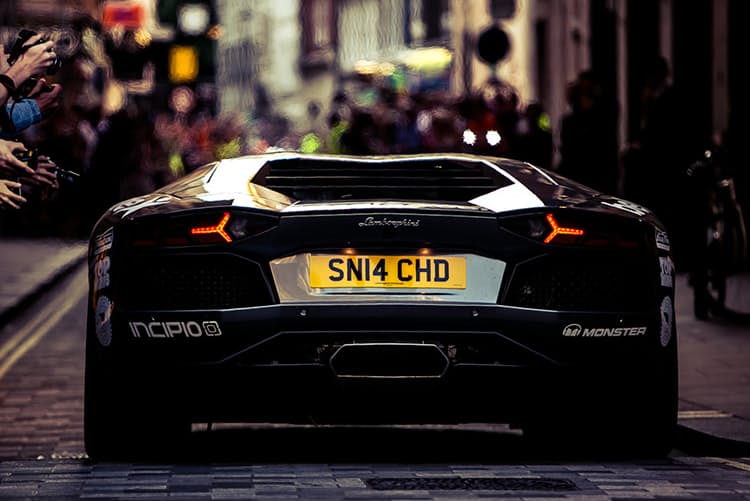 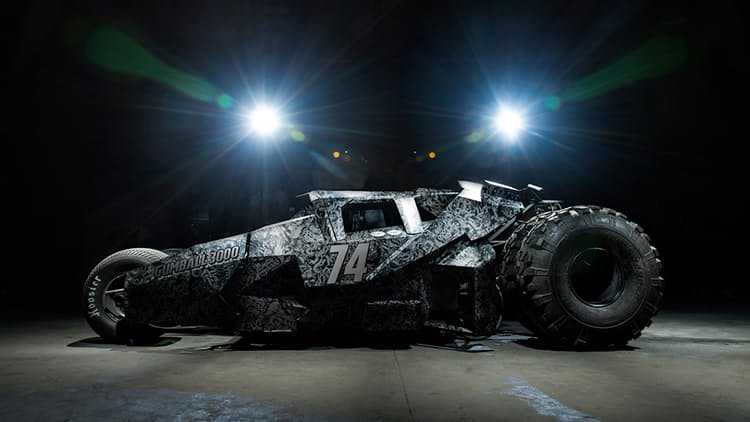 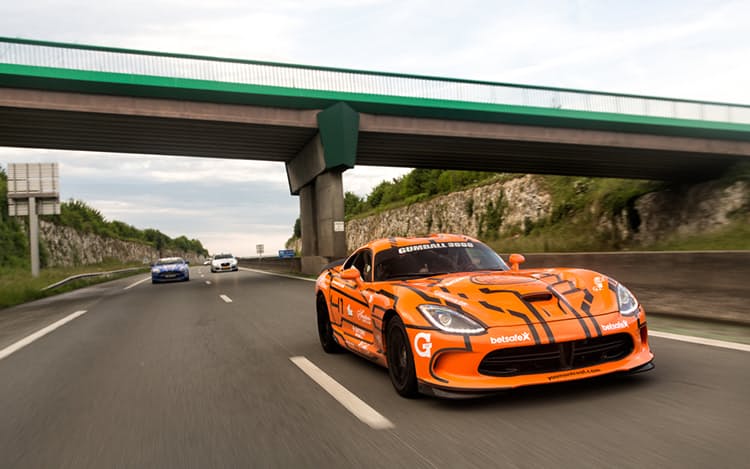