The Found Footage of WWII

After making an unexpected discovery, one photographer retraces his grandfather's footsteps across Europe

Over the course of several years, photographer Daniel Gorman found a hidden cache of his deceased grandfather's photos, developed them, traced their origins, and traveled to Europe to recreate those same photos himself. This is how it all began.

was 12 years old when my grandfather died. Before that, my memories of him were limited to visiting on weekends at the veteran’s hospital; he was there due to a massive stroke he'd suffered in his office just two weeks short of his retirement. His speech was gone, his hearing stolen from a career as an artillery officer in WWII, and his mobility limited to minor hand movements.

We communicated via short sentences jotted on a worn yellow notepad. I always felt I was robbed of a boy’s privileged relationships with his grandfathers — my paternal grandfather died two years before I was born. Even with my incredible grandmothers, I grew up without the stories, morals, and lessons I could have learned from my granddad. And it would take another thirteen years before I really got to know him — in an unexpected, unconventional way. 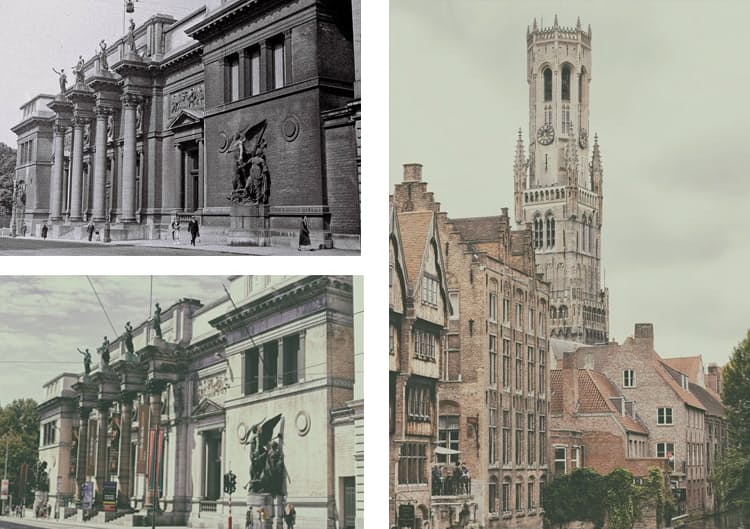 My brother and I used to escape the harsh Atlantic Canadian winters by weekending at our family cottage with our girlfriends and close friends. We’d ring in the New Year there, basking in the overwhelming heat of the massive wood stove. My brother and I spent many cold evenings drinking rum and looking through our grandfather’s storage closet; mostly filled with antique family photos, old books, and various odds and ends, it was an interesting introspection into his interests and hobbies. 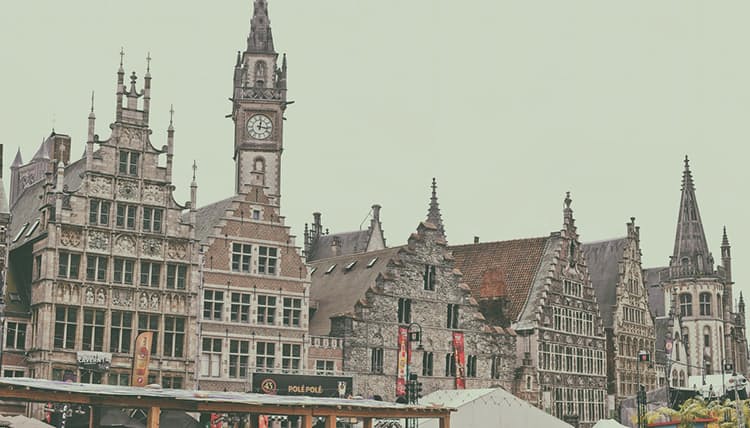 It wasn’t until I came across an old cigar box with a missing lid, filled to the brim with antique film canisters, that I knew I had found something special. As a developing photographer, this was not only an incredible find as a shooter, but was heighted by the fact these were my grandfather's own photographs.

I went over to a lamp, and my heart pounded with excitement and anticipation as I held the silver Afga canisters to the dim glow. Written on the sides were the names of European countries and the date: 1937. I opened the lid and stretched out the long uncut rolls of film over the light. What I saw were stunning images of pre war Europe shot on 35mm. It was incredible. 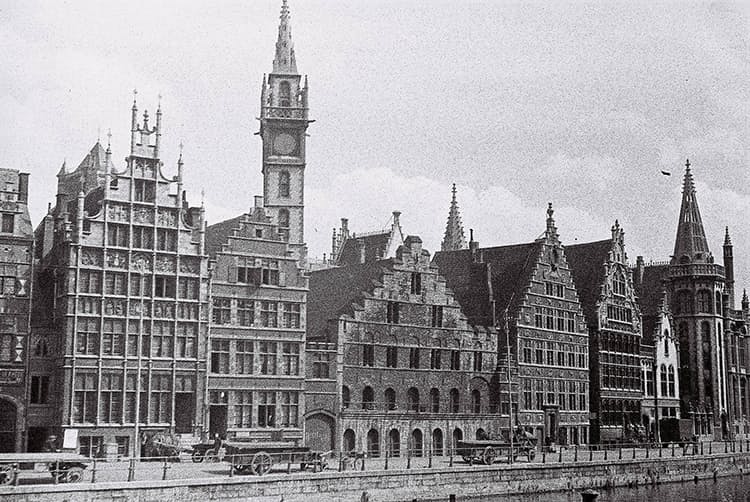 I spent the next year getting these rolls developed, but it wasn’t until the following year that I came across a small, black hardcover journal. The exposed page edges were spotted with green and blue mold, the binding loose and separating. Flipping through its worn pages, I made a striking discovery — at the top of each entry were the names of European cities and dates from the summer of 1937.

I spent months linking the images through Google, tracing out where each one might have been taken. As I read the contents of my grandfather's journal, I discovered he’d noted almost every pictured he’d snapped. Along the way, I was getting a very personal glimpse into the life of my grandfather, not much younger then I was then when he took these photos and wrote these pages. 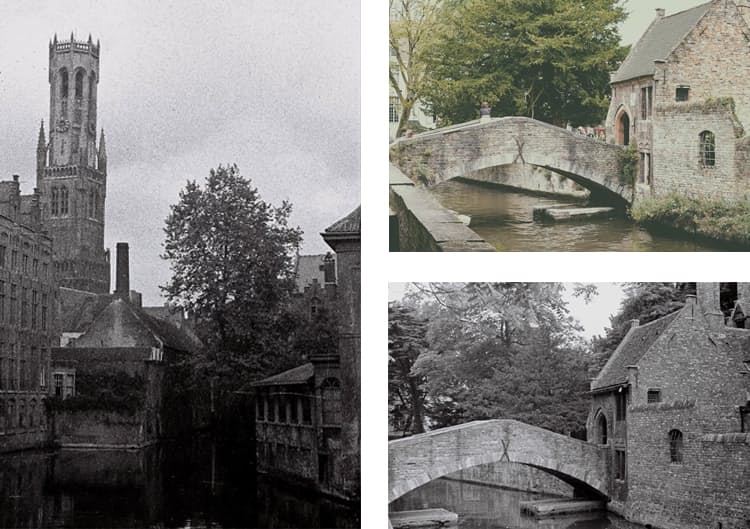 He took this trip when he was 20 years old. He left Halifax, Nova Scotia and sailed to England before travelling to Belgium, Germany, Switzerland, Italy, and France. It wasn’t the sights and travel that brought us together, but the subtle notes of his daily life and habits that spoke in volumes to me.

My grandfather was a gentleman, in every sense of the word. He stood roadside during the Coronation of King George VI. As the procession passed, he wrote of all the European royalty and nobility that passed in glamorous automobiles. He wrote that he locked eyes with a princess from the Netherlands who smiled at him and wrote of her elegance and absolute beauty. Upon arrival in every city, he went out of his way to visit family, friends, or acquaintances. When he met a fellow traveller, he invited them to join him on day trips and to dinners. 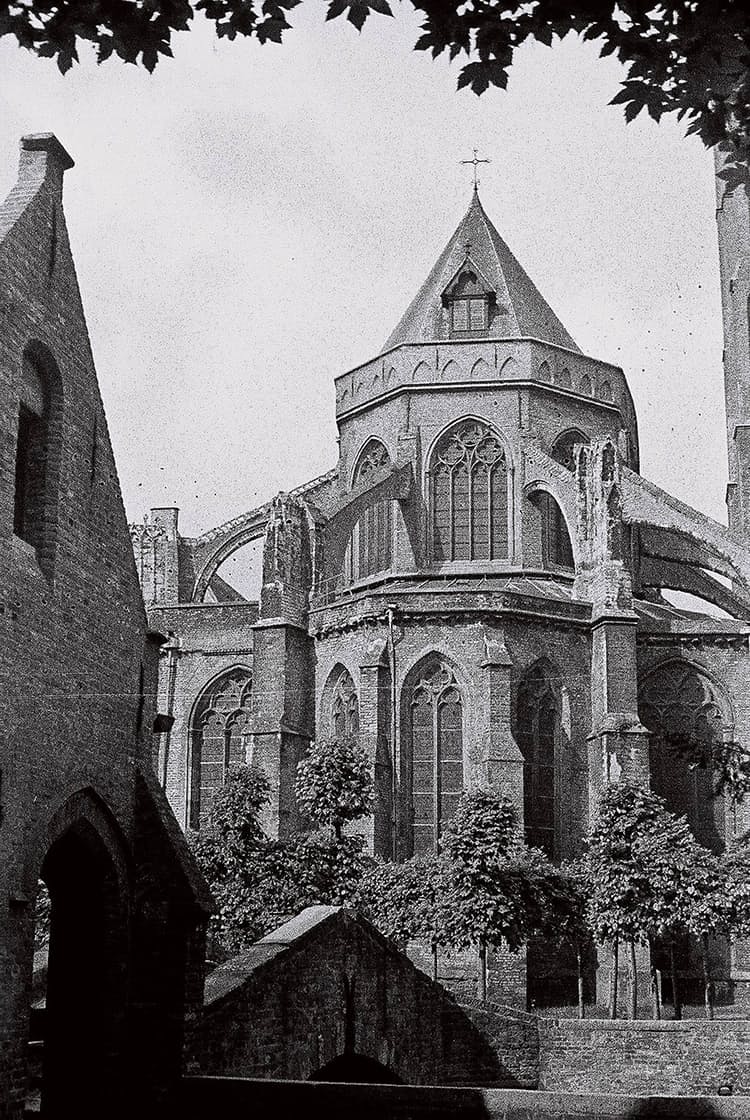 When he met a woman, he wrote of her charm and her hometown. He wrote letters home to his mother, siblings and cousins. Being a gentleman didn’t stop him from cutting loose, of course. I learned he wasn’t afraid to sneak into forbidden areas of government buildings or museums and that he knew how and when to grease a palm. He had a habit of staying out late with friends who played music and captured moments with moving picture devices.

When it comes down to it, perhaps it isn't what a role model says, but how they show their character that matters. From my grandfather's journal, I lived his life over the course of four months, his daily ins and outs. Even at the young age of 20, he was a shining of example of why he was a part of "the greatest generation." Reading these pages cover to cover, I was finally able to meet and learn from my grandfather — only 78 years after he'd written them and 13 years after his death. [H] 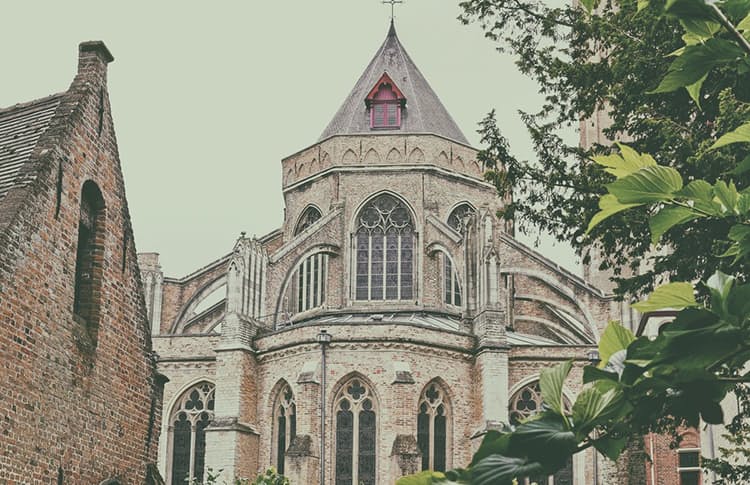 Daniel Gorman is a 1500m track athlete and film and digital photographer from Halifax, Nova Scotia.
He's training full time in pursuit of the Canadian Olympic team for Rio in 2016 and supports his training through his artwork sales and freelance work.