Escape to Tahoe City, where this incredible cabin puts you at the center of nature on a shoestring budget

May 23, 2019Words by Brooke VaughanPhotos by Airbnb

Historically A-frames were built strictly for function, acting as meetinghouses, cooking houses, and other utilitarian structures throughout Japan and Polynesia. The ergonomic shape was foolproof, and by the mid-20th century, the style was imitated in lakeside towns and ski villages throughout Europe and the United States.

Today, A-frames show no sign of coming down from their zenith. One grand, intersecting double A-frame, appropriately named the “Dazzling Chalet,” can be found on the shores of Lake Tahoe in Tahoe City and is a picturesque example of quiet luxury. Listed for as little as $215 per night, the home—created by Vancouver-based, design-focused architecture firm Nyhoff Architecture—hosts up to nine people with 4 bedrooms and 2.5 bathrooms.

Some guests have noted that, with floor-to-ceiling windows, it feels like you’re in a snowglobe, and the spacious kitchen, cozy back porch, and open floor plan will certainly make for entertaining evenings with the crew. 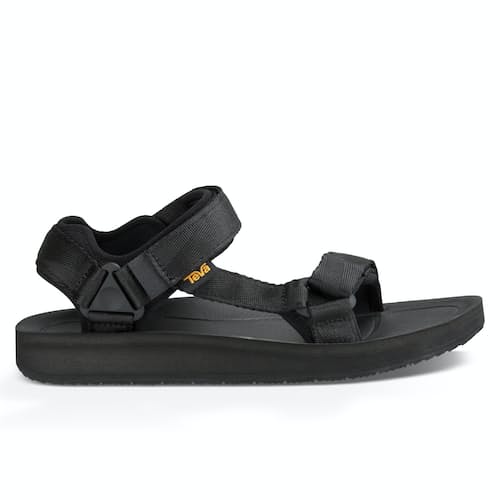 When you’re not kicking back on the deck this summer, hit one of the many mountain biking or hiking trails in the area. The 14-mile Twin Peaks-Stanford Rock Loop Trail is a doozy, but aerial views of the lake and surrounding mountains are worth it. Located just a dozen houses up from the lake, the chalet is close to a number of paddleboard, kayak, and boat rentals, including Tahoe City Marina just 10 minutes north. Head to the Fire Sign Cafe for an iconic breakfast, where heaping plates of pancakes and benedicts will probably have you coming back for lunch. Later, stop by West Shore Market & Deli for a gourmet deli sandwich, gelato, and a craft beer from its selection of small-production wines, beers, and spirits.

>>Next: Sneak Away to This Rustic Adirondack Mountain Cabin

On the Road With Kevin Morby...

The Huckberry Guide to Summer W...