How to Shoot Sporting Clays

We'd been talking about trying our hand at sporting clays for a while, so my cousin John and I did a buddy trip to Vermejo Park Ranch, a vast parcel of half a million acres in northern New Mexico. Vermejo is land that trappers including Kit Carson and Jedidiah Smith were hunting in the 1820s and 1830s, but these days, activities are organized by Ted Turner Expeditions, a newly formed eco-adventure company on Turner’s properties. There’s fishing, mountain biking, and horseback riding all summer, and turkey shoots followed by serious hunting – elk, mule deer, black bears, antelope – starting in September.

We opted for sporting clays, since we had done skeet shooting in Wyoming a couple of summers ago. Unlike skeet shooting, where the size of the clays is consistent and you remain in one spot, shooting sporting clays is designed to simulate hunting through terrain for a variety of game birds over the course of ten or more stations.

Editor's Note: Interested in trying your hand at shooting sporting clays? The National Sporting Clays Association website helps you find a club close to you.

Unlike skeet shooting, where the size of the clays is consistent and you remain in one spot, shooting sporting clays is designed to simulate hunting through terrain for a variety of game birds.

Our guides were Brian and Blake; Brian led us along the trail while Blake, who grew up duck hunting and saltwater fishing in Louisiana, served as scorekeeper. "Sporting clays is a good way to get into shotgun shooting." said Brian, "and also keep it fun because it’s like taking a walk through the woods. It almost reminds me of an Olympic sport, but you keep it casual. At every station, you get to shoot a different way with your shotgun.”

We moved through the stations, carrying our 12-gauge shotguns and learning along the way. Here are some of the main things I took away from my day shooting sporting clays.

Clays vary in size and speed from station to station in order to simulate different birds like quail, duck, and pheasant. Some may appear from over a cliff, while others launch upward from beneath your line of sight. There are mini-clays, and even special clays to simulate a rabbit scurrying on the ground. The fun thing about the rabbit is that even if you miss it, you can see where you're hitting – too far ahead or too far behind – by the cloud of dirt upon impact.

Every course is different. At each station, the referee will explain a bit about how high and fast the bird will fly, and from which direction. One of our stations was in front of a large pond. “It will come over and dive down into the water,” Brian advised, swooping his hand through the sky. “When they start to fall, they fall fast.” On that station, the best strategy was to point beneath the clay as it fell.

The puller is the guy at the machine firing off the clays. After you have loaded, call out, “Trapper ready?” to establish verbal contact. Then, wait for his reply: “Trapper ready!” When you’re ready for a target to fly, call “Pull!”

Before the first shooter in a group shoots, the trapper will throw a couple of practice clays so you can see the flight path and plan where your intended break point is in the trajectory. Just as in golf or tennis, follow through is important, and easy for a newbie to forget. Also, a station can have pairs – a “true pair,” which is two clays fired at the same time, or a “report pair,” where the second clay flies as soon as the first shot is fired instead of waiting for the second verbal “pull” command.

The referee will award one point for each bird hit. Any part of the clay damaged counts as a hit. Just as baseball has rules for balls and strikes, there are rules, maintained by the National Sporting Clays Association, for when a legitimate target flies and you don’t shoot. [H] 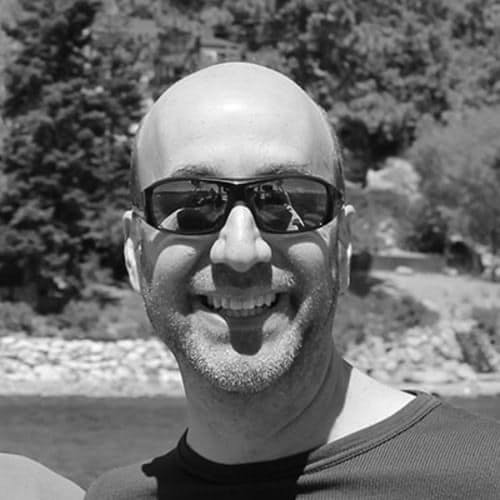 Fredric Hamber has hiked Bhutan, snorkeled the Seychelles, kayaked Patagonia, and eaten crocodile in Kenya. He sips Grand Marnier for the Vitamin C.

The King of Kilimanjaro...