Circumnavigating the world in a solar-powered plane - aviation enters a new Golden Age. 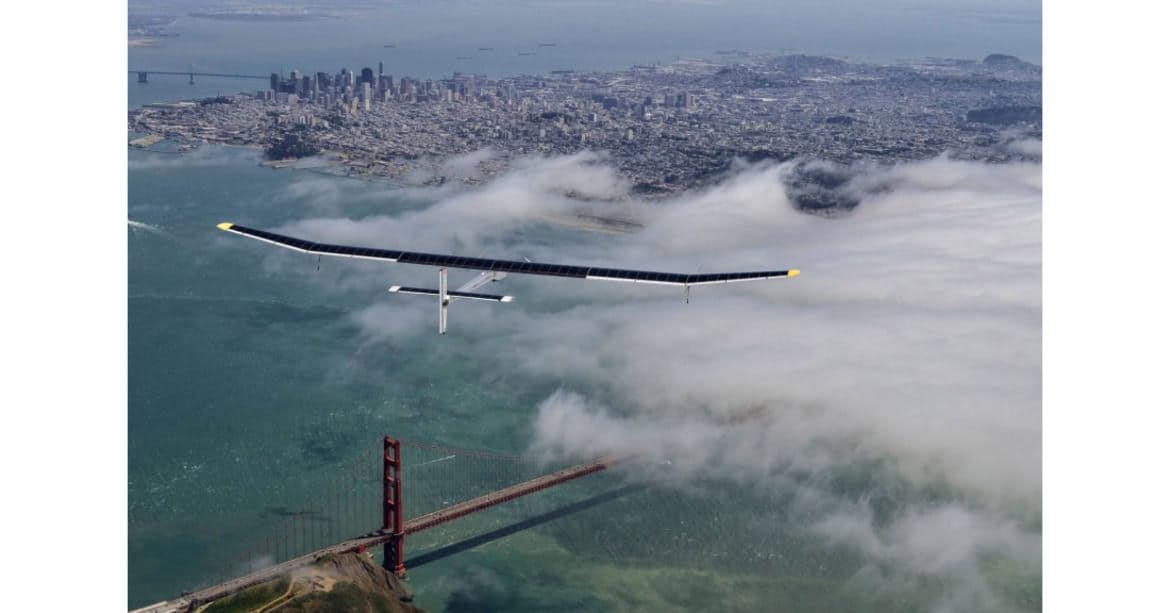 During the Golden Age of Aviation, if you flew a plane, you were basically a rock star. Since then, the luster of flight has faded a bit. Once the space age hit, astronauts were the new aviators. Every time you shuffle onto a Southwest flight, aviation becomes just a bit less exciting.

But two men are trying to give aviation some of it's shimmer and shine back: Solar Impulse 2 is the dream of André Borschberg and Bertrand Picard to fly around the world in a solar-powered airplane. Borschberg is an engineer and fighter pilot, while Picard is an explorer and hypnosis psychiatrist, perhaps best known as co-captain of the world's first nonstop circumnavigation by hot-air balloon. 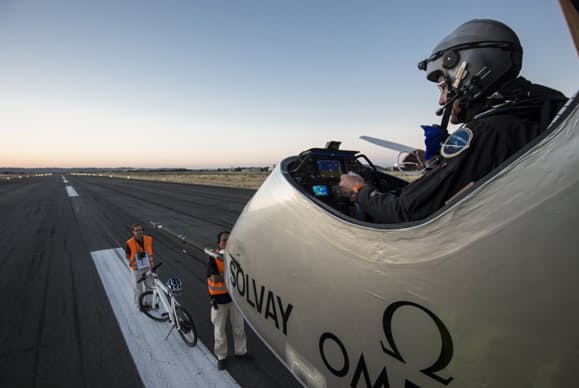 All told, the flight will take 500 hours to complete in a 3.8m cockpit. A single will be in the single-seater cockpit for five or six days at a stretch. Up there it’s going to be between -40° and 104°. There’s no pressurization and the pilot will wear oxygen while flying. In fact, pilots won’t even be getting up to use the toilet – the seat doubles as one.

The solar-powered angle is more than just a cheap gimmick: There are a number of challenges that come with flying a solar-powered aircraft. The plane can fly not just during sunlight, but also at night in total darkness. While the 72m wingspan is wider than that of a Boeing 747 (68.5m), it's a significantly lighter aircraft made of cutting-edge carbon fiber, weighing only about as much as a car. 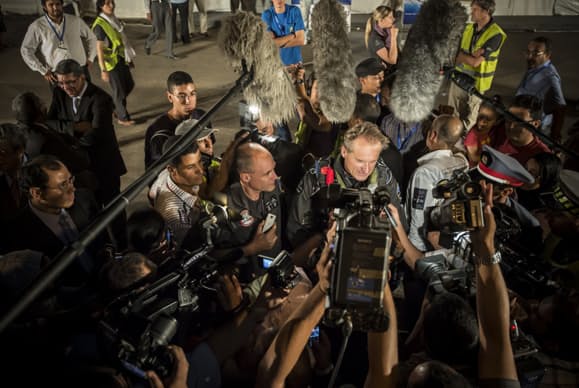 Previously, the two men built a prototype using existing materials. However, the new plane, the one that will actually fly, will be built from entirely new materials, methods and technologies. Thus, in the Solar Impulse 2 we see a fusion of the aviation age and the space age. More than that, the Solar Impulse 2 is a feat of human engineering, endurance and ingenuity.

Don't look for any commercial solar-powered flights anytime soon. Do look for achievements in solar power and breakthroughs in technology directly resulting from this. 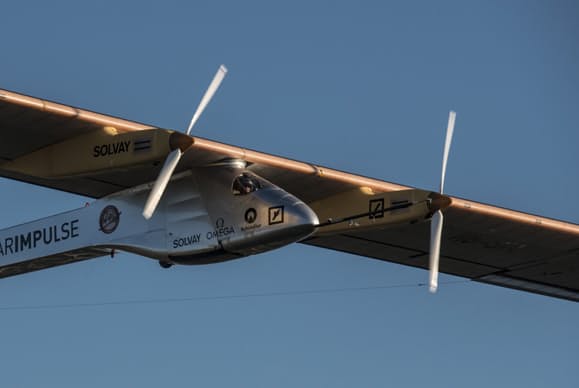 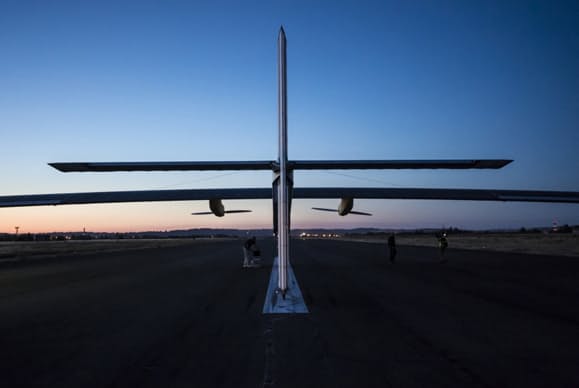 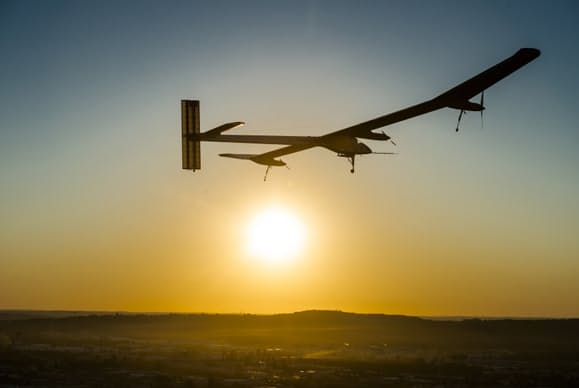 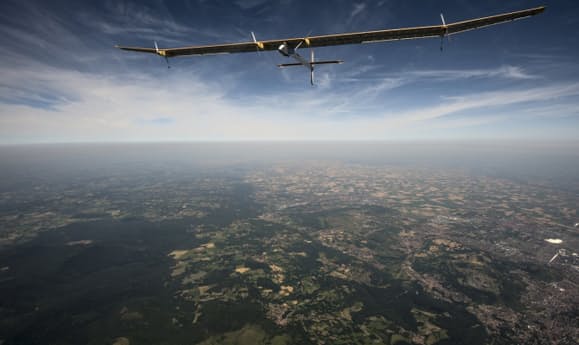 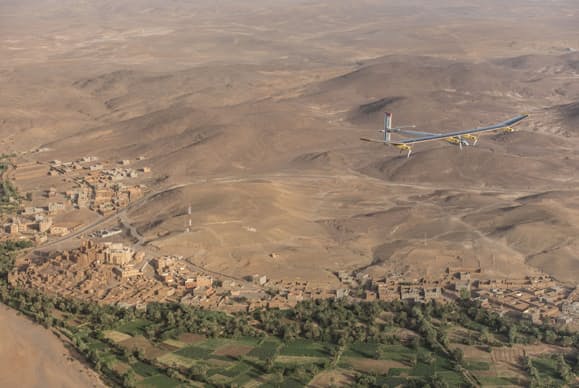 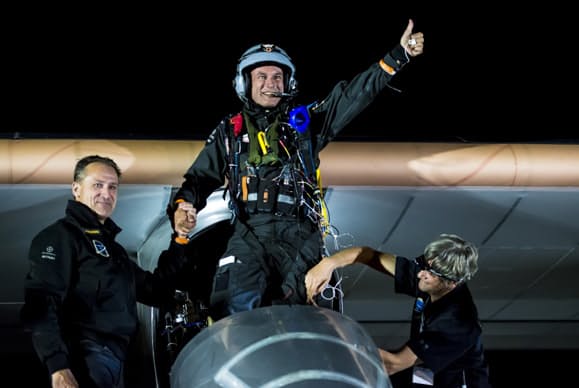 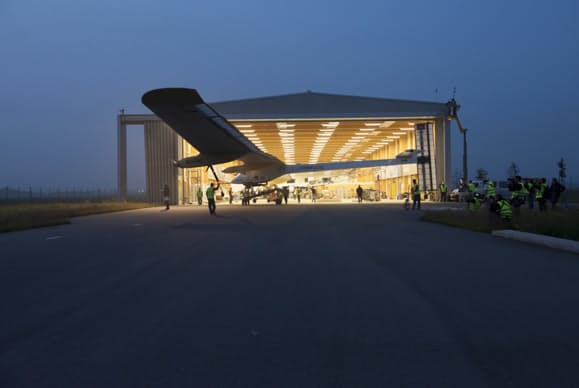 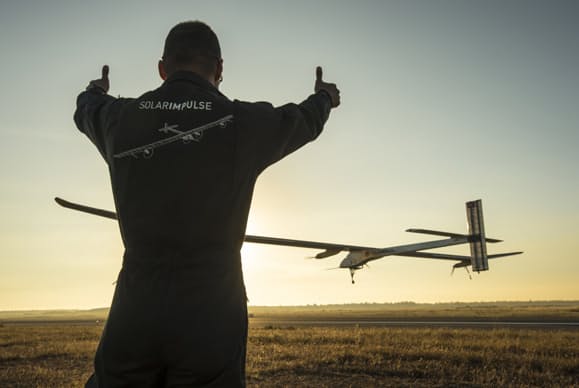