Find beauty in this impenetrable getaway in Mazama, WA

When you’ve finally amassed the funds to build your dream weekend getaway in the mountains, the last thing you want is for the process to be hampered by lingering thoughts of "but what will happen to it when I’m not there?" We just look to Delta Shelter for assurance (and inspiration). 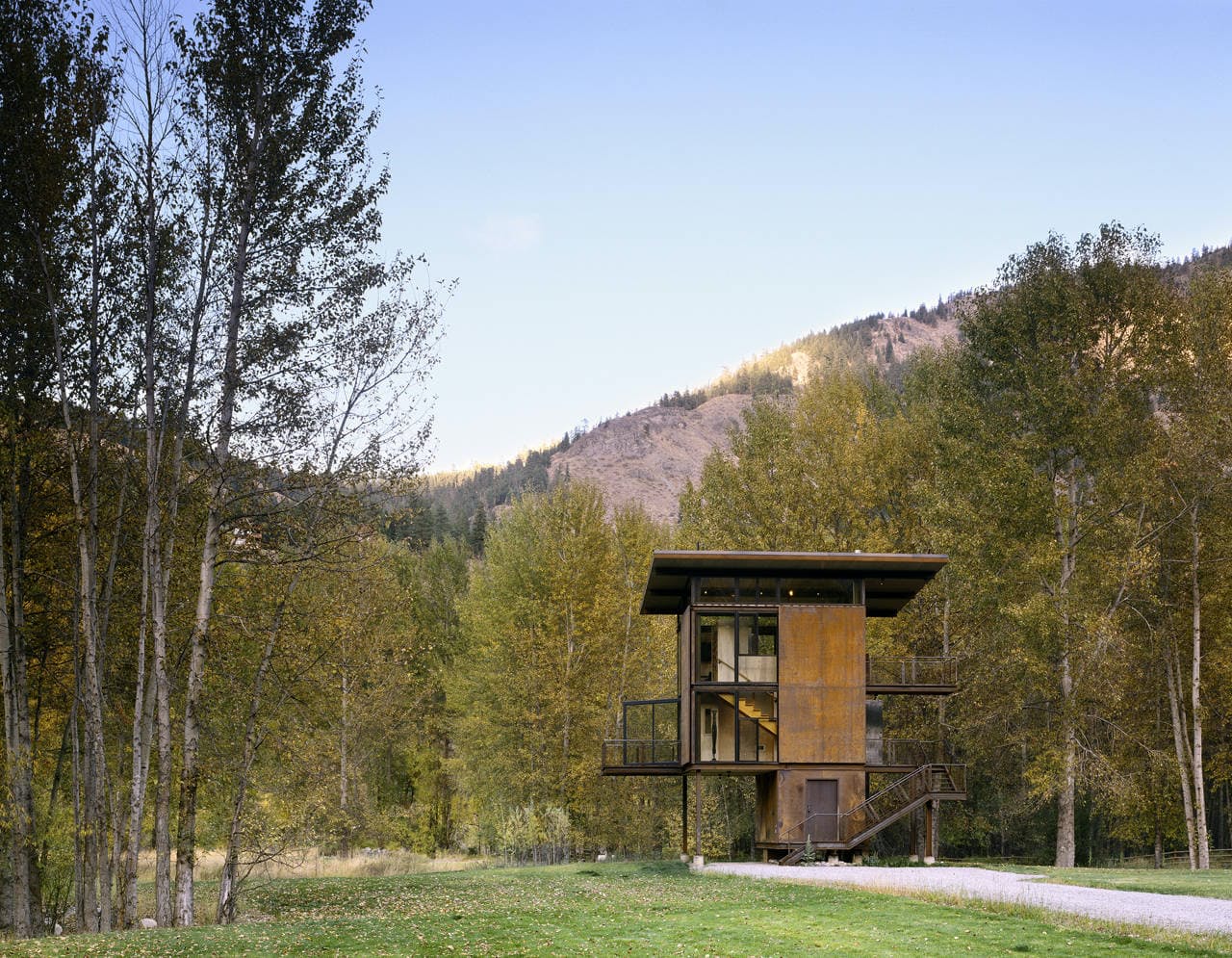 Self-described by the Seattle-based Olson Kundig Architects that built it as “basically a steel box on stilts,” the three-story cabin in upstate Washington can be completely sealed off to the elements with four 10’ by 18’ steel shutters that are rolled over the glass windows when visitors clear out. Who needs an updated insurance policy when you can turn your weekend getaway into an armored box? 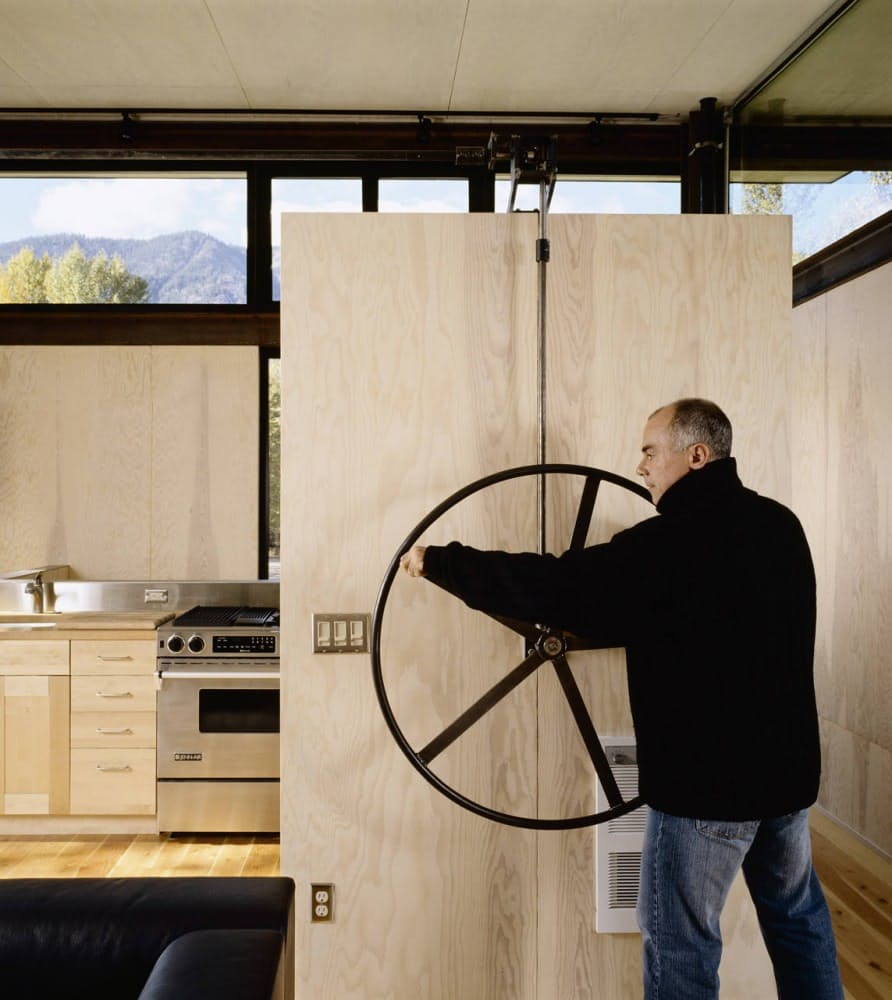 Built in 2005 for a client looking for a compact, easy-to-maintain shelter for his and his friends’ adventures, Delta Shelter’s design was inspired by structures like treehouses and fire lookouts. The owner also wanted his cabin to be virtually indestructible, and form certainly follows function here—the rolling steel sheets and the steel exterior makes Delta Shelter fire resistant, and the fact that the 1,000-square-foot cabin is raised up on steel beams protects it from any potential damage from the 100-year-old riverside floodplain on which it was built. 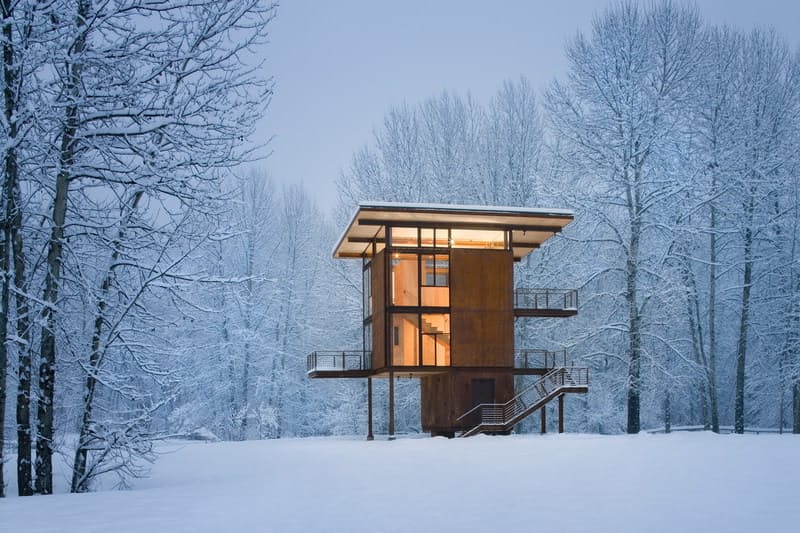 At first glance, Delta Shelter might not scream “green,” but its footprint was kept to an absolute minimum—the steel structure, roof panels, shutters, stairs, and interior plywood surfaces were all premade off-site, reducing waste and disruption to the landscape where Delta Shelter was later assembled. There’s no air conditioning and lots of natural light (steel shutters rolled back, of course). In addition, the cabin relies on human energy to close its shutters—architext Tom Kundig designed an pirates’ helm-esque crank mechanism with simple, exposed gears and pulleys for the owner to close the shutters himself, sans electricity. Delta Shelter: where steampunk meets sustainability, and the latest addition to our Christmas list. 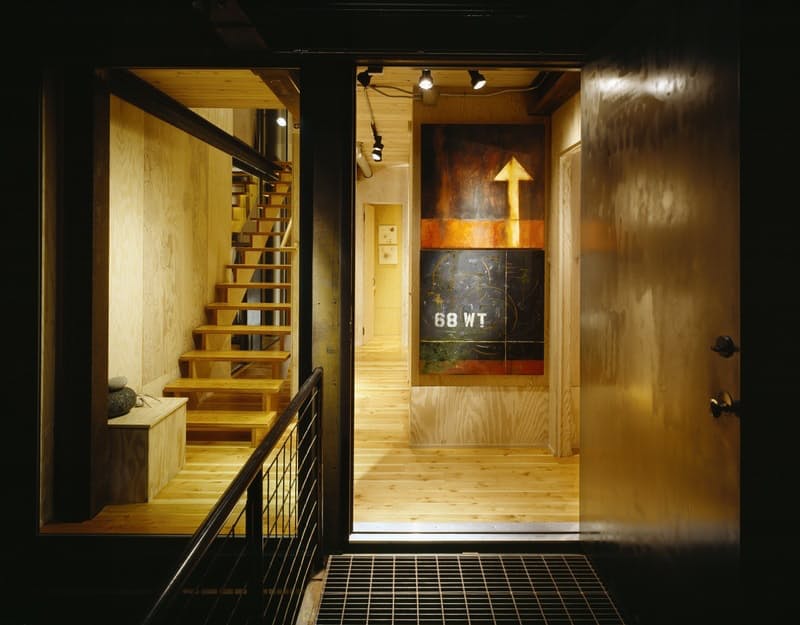 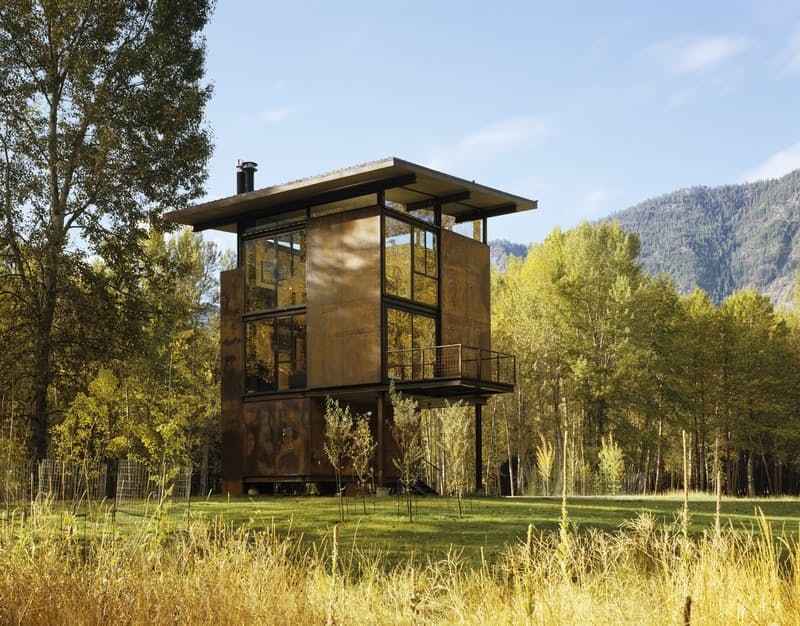 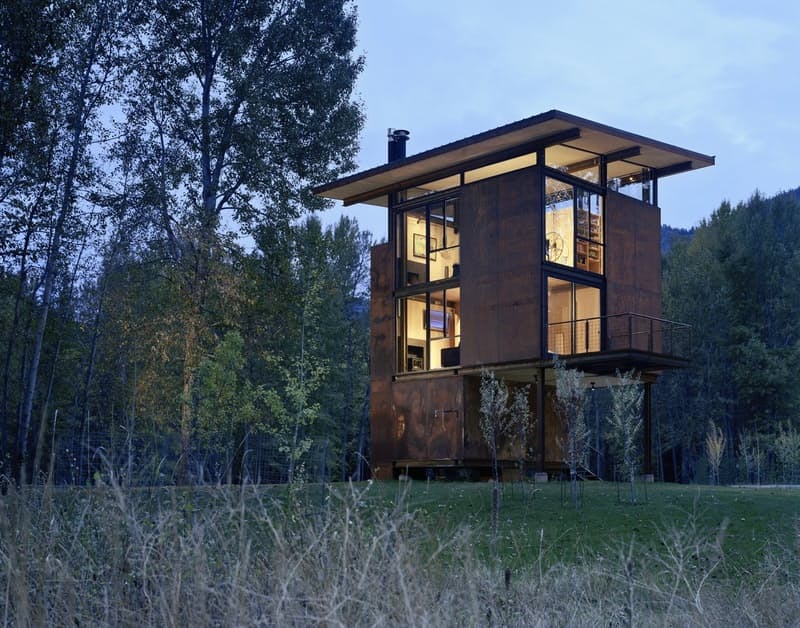 Liv Combe is a freelance writer in San Francisco who still feels a thrill every time she bikes over the Golden Gate Bridge. Follow her on Twitter and Instagram.

< How to Fall in Love with Colorado: Part 1
Chongo: The Climber Vigilante >