Surrounded by the Atlantic, this Rhode Island home isn't your traditional island escape 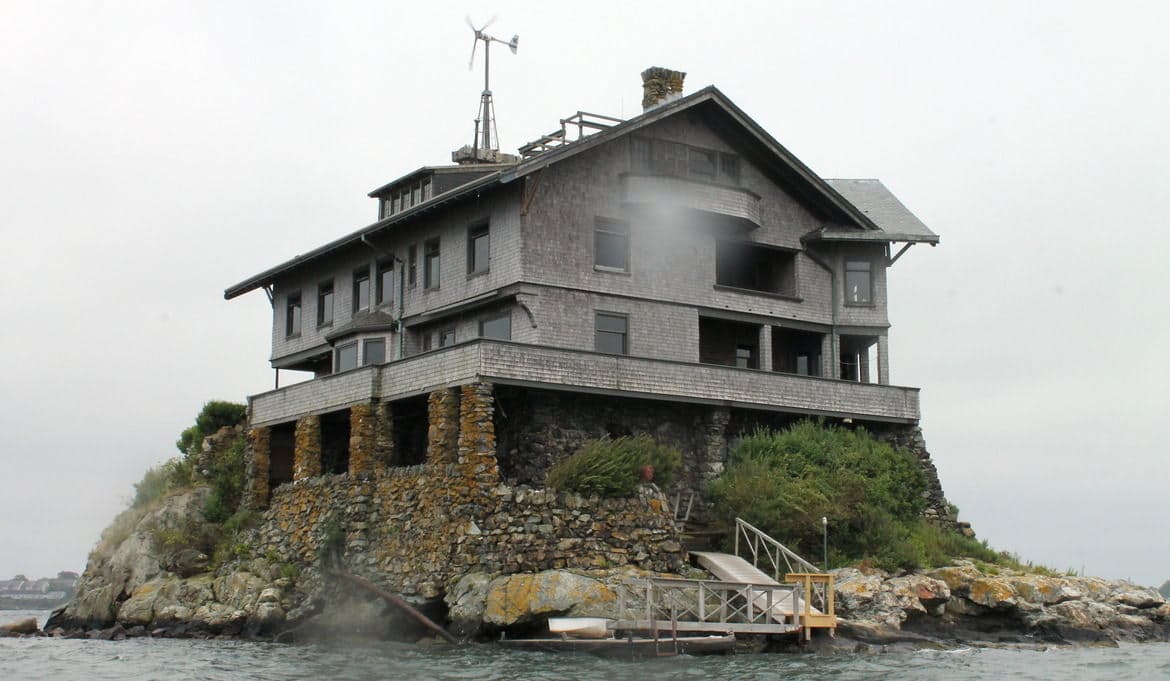 Nearly 110 years old, the all-timber Clingstone House sits atop a small island in Rhode Island’s Narragansett Bay. Truth be told, "small island" may be an understatement, as the piece of land barely fits the Clingstone at all. But what it lacks in land mass, the Clingstone makes up for with its unmatched 360-degree view of the Atlantic Ocean. 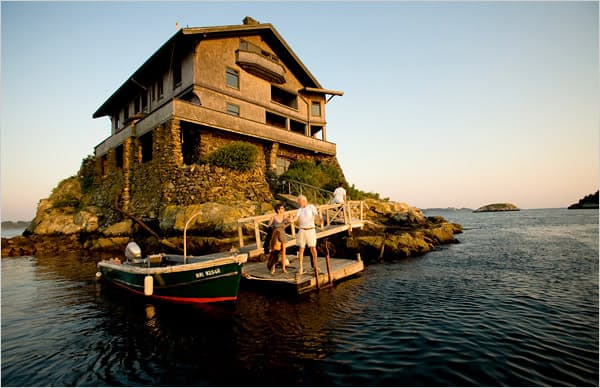 The Clingstone was designed in the late 1800s, and built as an escape when the original owner’s land was seized by the government, slightly differing its initial purpose from the motivations of a traditional "country home." Windows at seemingly every juncture display the ocean stretching about in every direction, underscoring the sense of isolation and escapism. 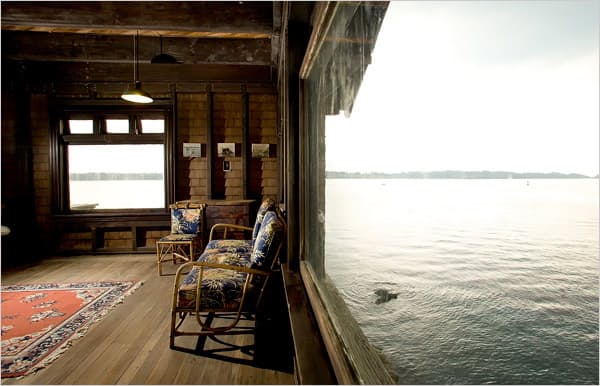 But for all its romance, escapism rarely means convenience. That was certainly the case when Clingstone was originally constructed. There were no on-demand delivery services nor were there power lines or plumbing. Everyday life was simple and every action within, thoughtful. 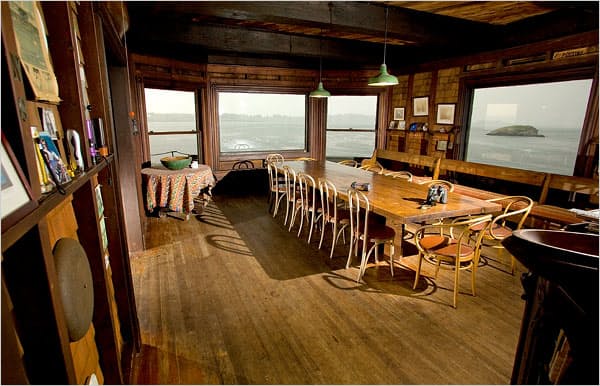 Today, though, Clingstone boasts any modern convenience that could be desired. Solar panels heat the water, a small wind turbine generates electricity, and a 3,000-gallon cistern collects rainwater. Add in composting toilets and Clingstone is a genuine, self-sustaining escape from the mainland. Purchased in disrepair in the 1940s, the added modern amenities to Clingstone over the years have done little to change its rustic, escapist spirit. 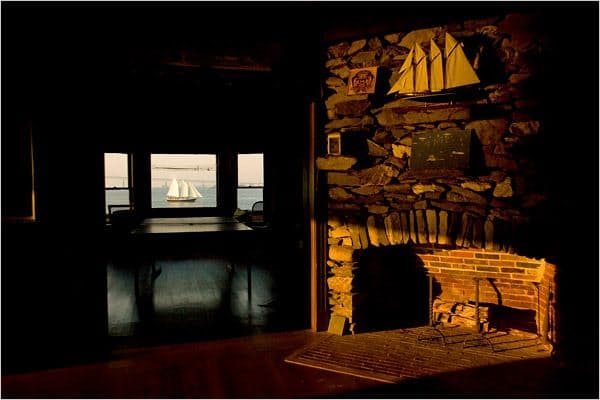 Clingstone stands at once as a picturesque northeastern coastal home, an island oasis, and a modernized escape from the modern. 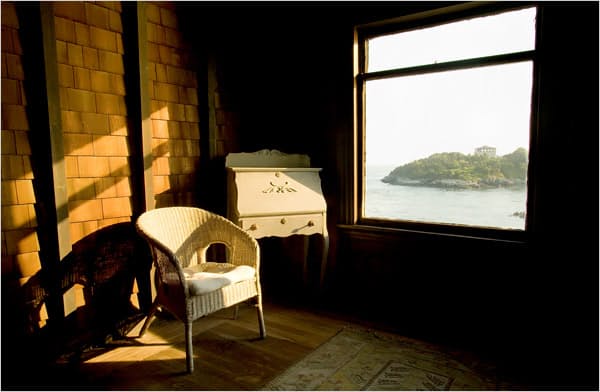 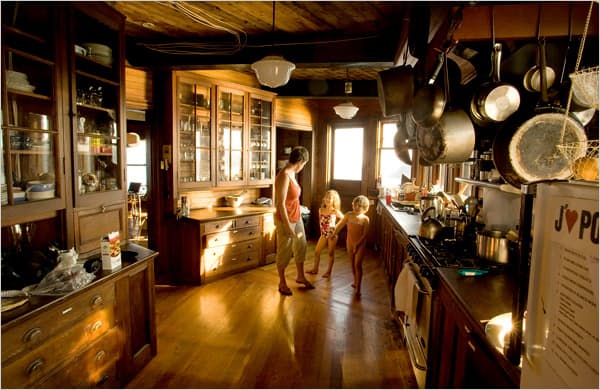