Heading out into nature can be tricky on a holiday weekend. Here's how to beat the crowds and get some solitude

We turn to nature for many reasons  — to gain perspective in the shadow of an ancient redwood, to find space to breathe in the open desert, to watch the sunrise from a peak with friends. And none of these reasons include being surrounded by crowds or waiting in amusement parks lines.

So why would we head into a major national park on a holiday weekend? For the 9-5 population, three day weekends are rare opportunities to venture further. Why not make them count? 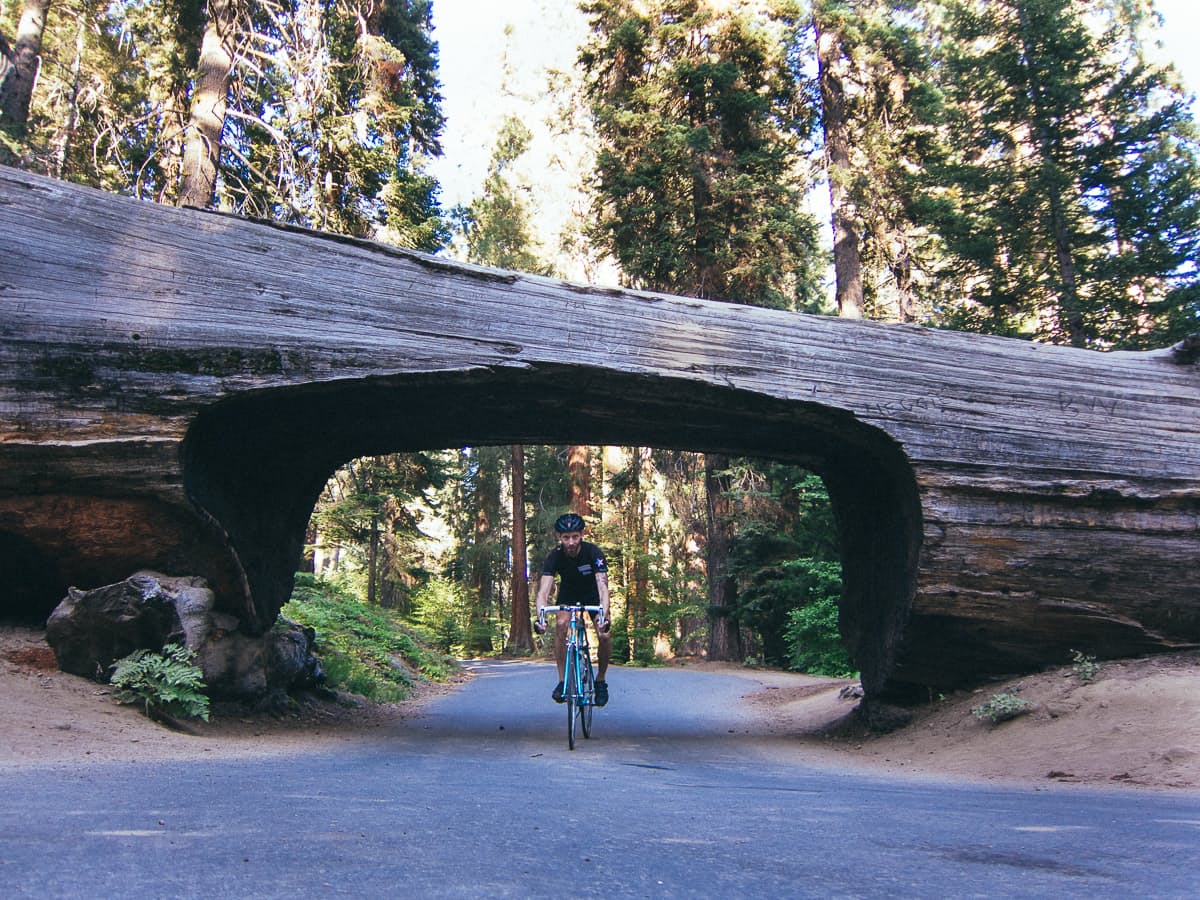 Over Labor Day Weekend, we traveled to Sequoia National Park, the grandaddy of national parks in California. Located in the southern Sierra Nevadas, Sequoia is home to General Sherman, the largest tree in the world. Not even smoke from the devastating Rough Wildfire in nearby Kings Canyon National Park could keep the throngs of tourists away, but we found plenty of other ways to enjoy ourselves.

Next time you have a three-day weekend, whether it's in the next month or next summer, here’s how to beat the crowds in Sequoia National Park. 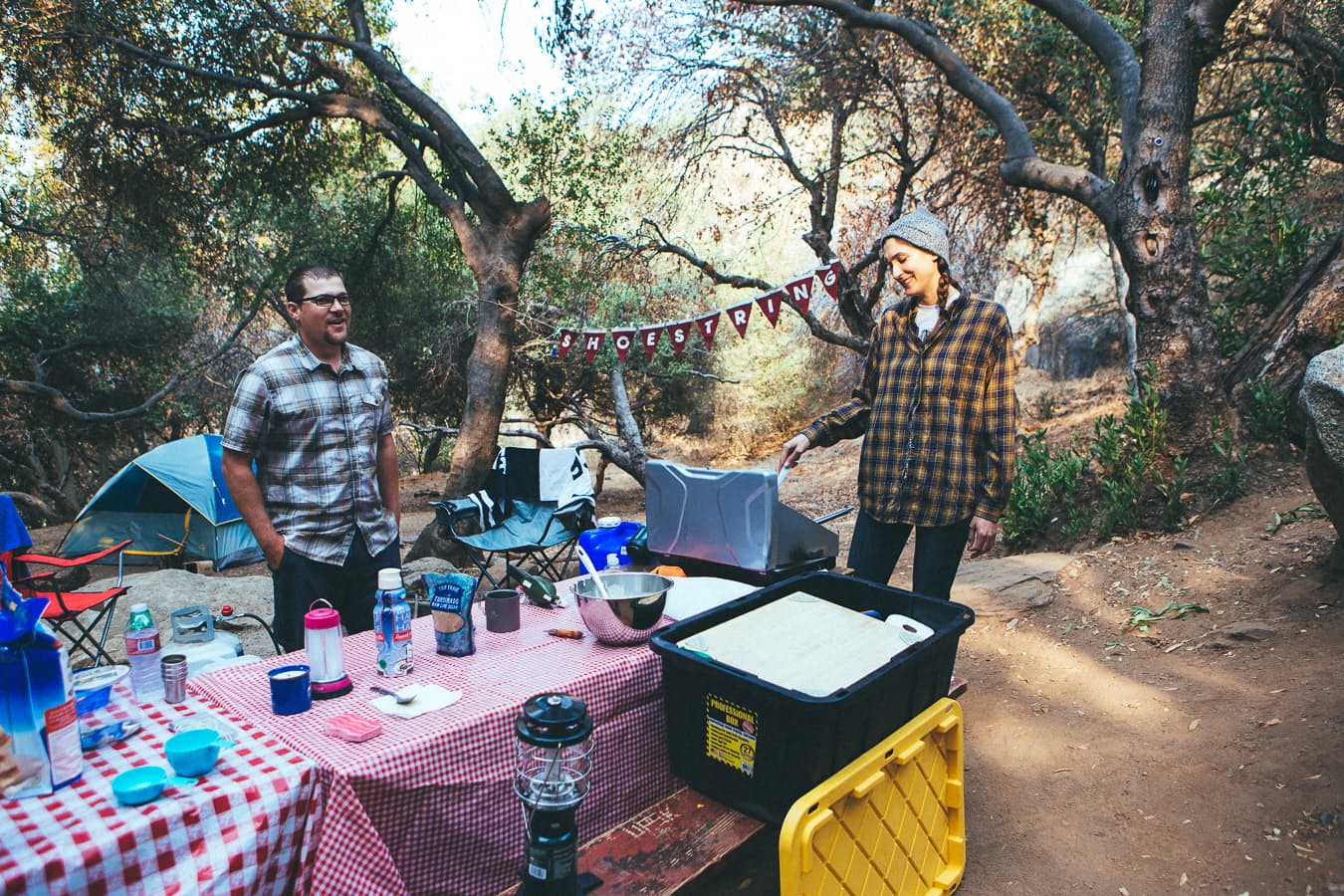 Most campgrounds are first-come, first-served with a maximum of six people allowed per site. This leaves room for spontaneous adventures, but you will also be competing with others, so arrive early before the weekend to secure a spot. Find out more information here. 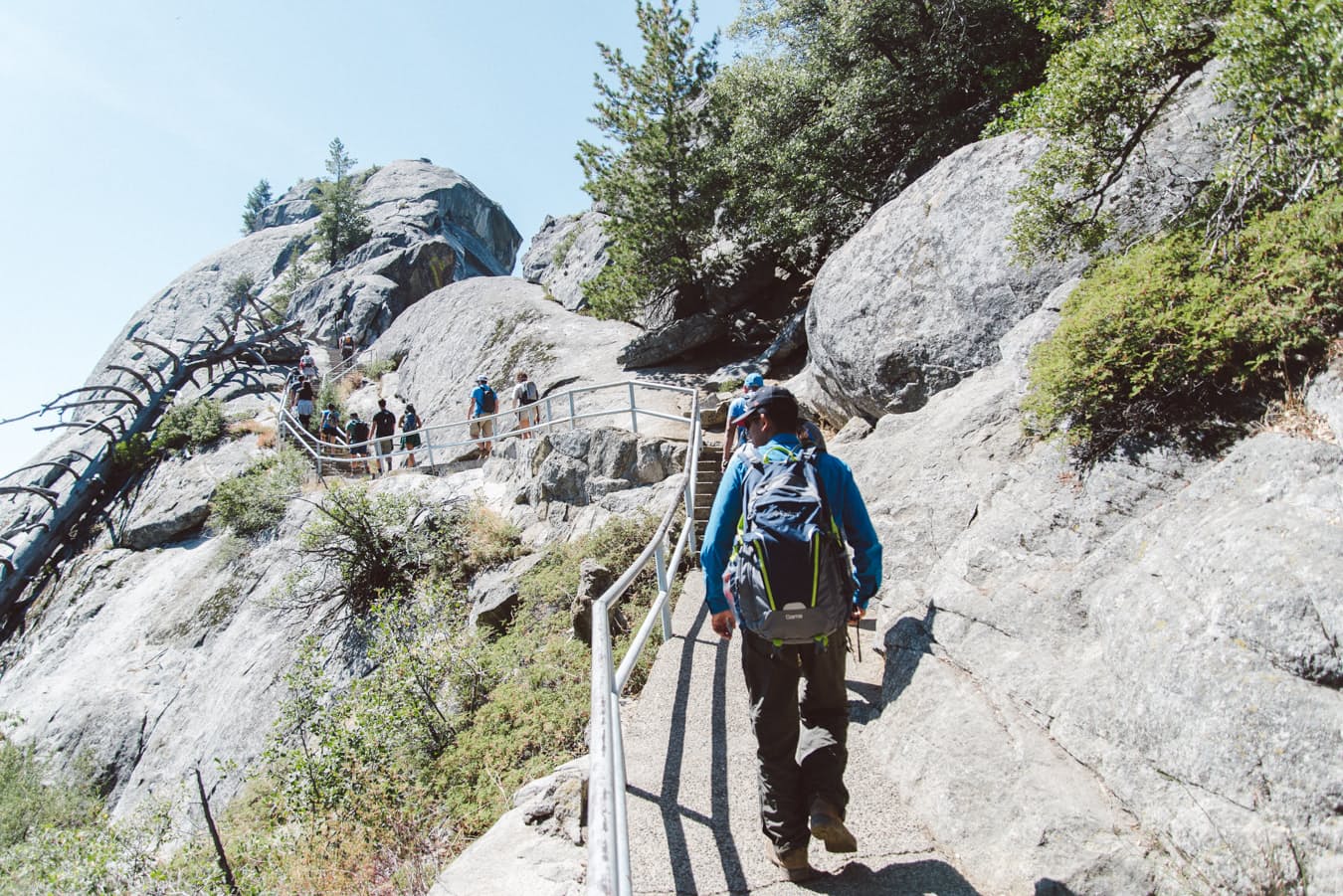 During the summer, the park’s most popular attractions are only accessible by shuttle, so get an early start to avoid amusement park-sized lines. Park at the Giant Forest Museum and get to know the locals, Sequoiadendron giganteum. From here, hop on the Moro Rock/Crescent Meadow Shuttle. 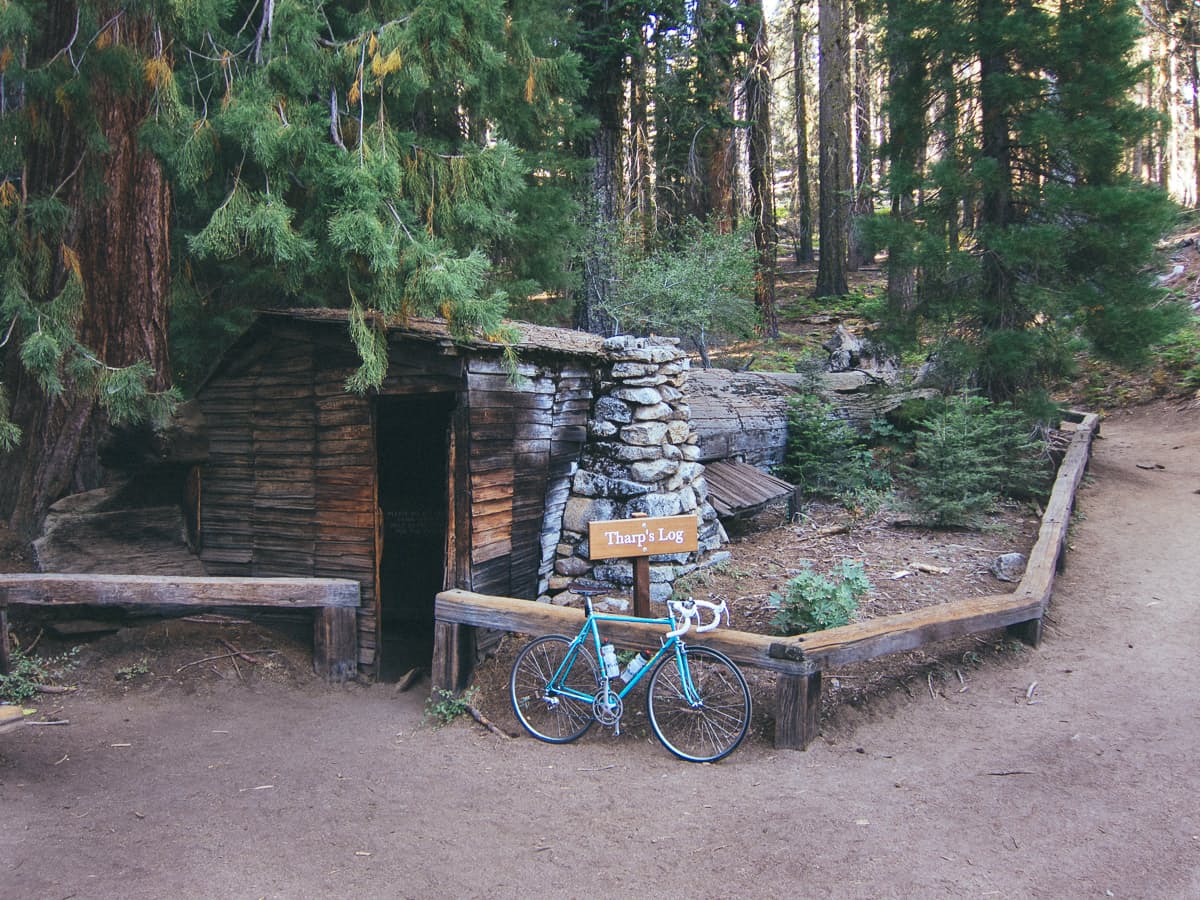 A short, steep hike up 400 steps to Moro Rock will test your tolerance for heights and reward you with a 360-degree view of the High Sierras. Then take the shuttle to Crescent Meadow, a relaxed 1.6-mile hike to Tharp’s Log, a cabin built into a fallen sequoia, and Chimney Tree, a standing sequoia hollowed by fire. As you ride the shuttle back to Giant Forest Museum, keep you eyes peeled for Tunnel Log, a fallen sequoia that visitors can drive though in the off-season.

Another shuttle will take you from Giant Forest Museum to General Sherman Tree, a one-mile hike to the largest tree in the world (by volume), currently 275 feet tall, 36.5 feet across, and still growing. 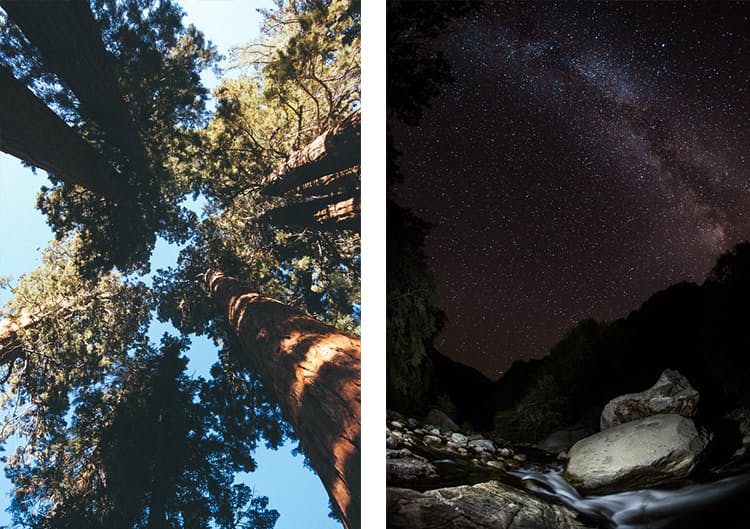 If the shuttle lines get too long, there are plenty more activities to offset the crowds. The Big Trees Nature Trail leaves from the Giant Forest Museum, offering an easy 1.4-mile tour of the giants surrounding Round Meadow. The trail to Sunset Rock leaves from the same location, just a two-mile round trip hike with a breathtaking view to watch the sun go down.

Or drive beyond Giant Forest to Lodgepole for a 3.4-mile round trip hike to Tokopah Falls, a 1,200-foot cascading waterfall. Park at the visitor center and walk through Lodgepole Campground to reach the trailhead. By early September, the “cascade” was just a trickle, but the rocks below offered a peaceful retreat during golden hour. 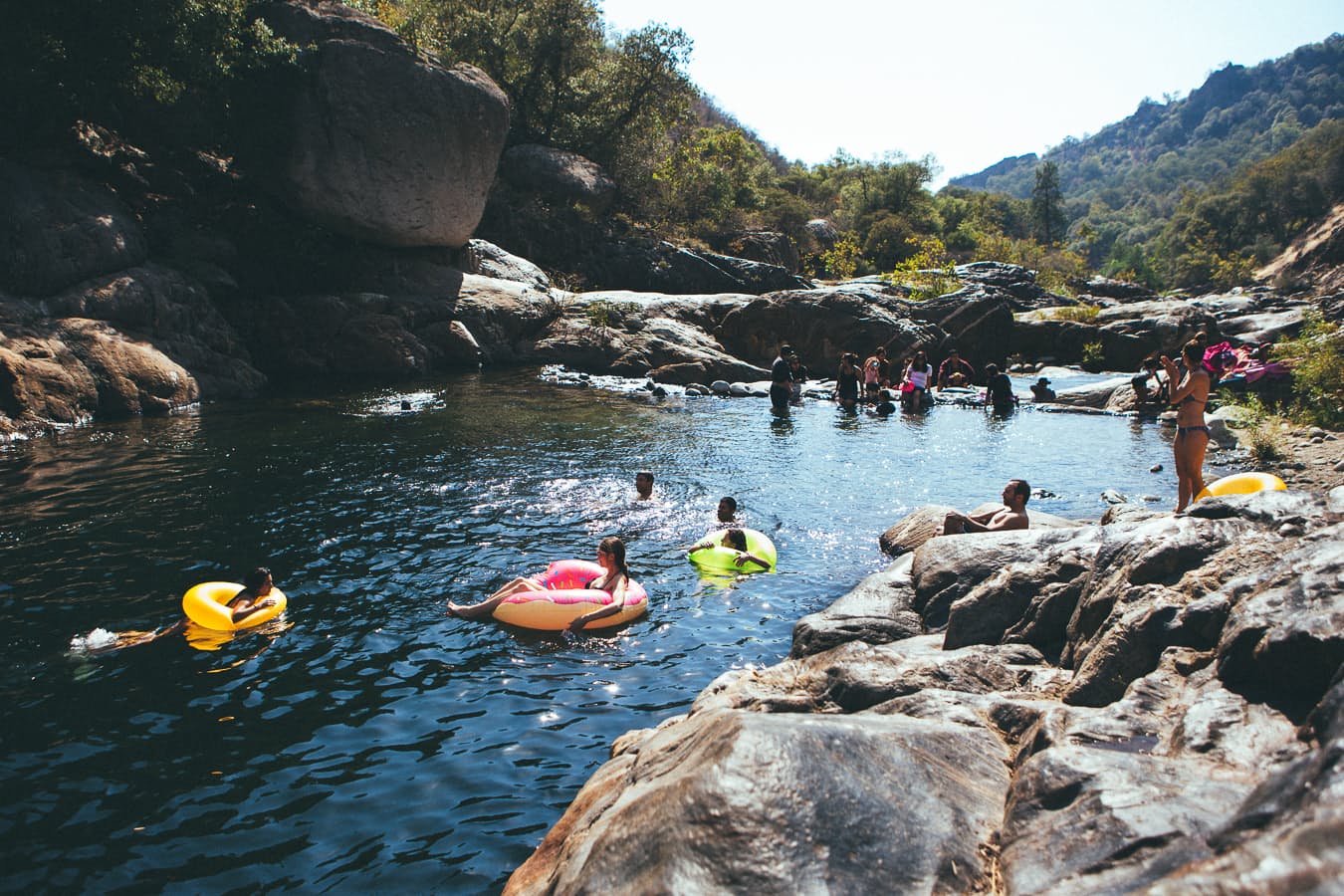 If all else fails, the Kaweah River runs through Sequoia National Park. By the end of summer, the rapids are calmer, and the snowmelt offers relief from the heat. Grab an inflatable donut and explore the river’s tributaries, which form natural rock slides and swimming holes. 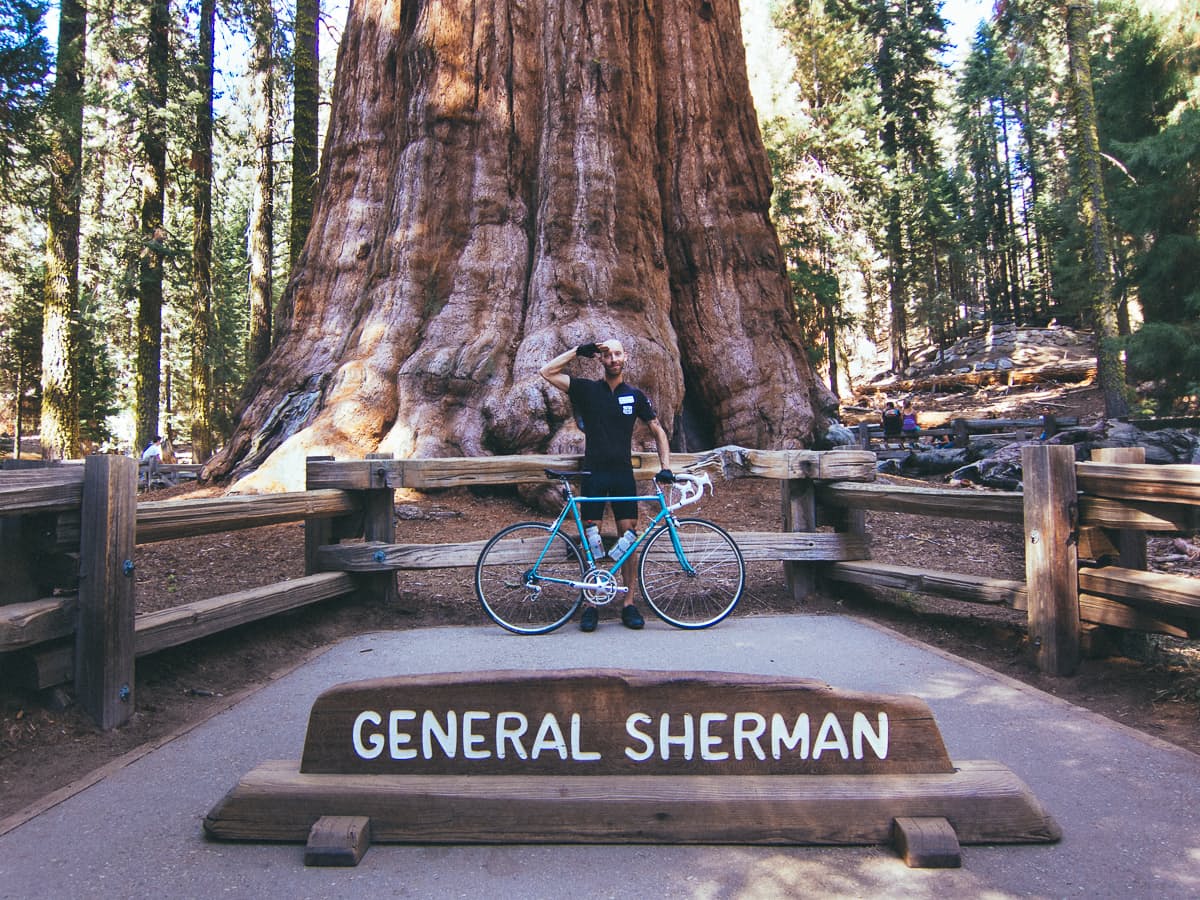 Ride the free in-park shuttle to avoid parking and to access popular park attractions during summer tourist season. Shuttles are also available from Visalia and Three Rivers to Giant Forest Museum for $15 round trip.

(Or be like my friend Robbie and skip the shuttle entirely by riding your bike.) 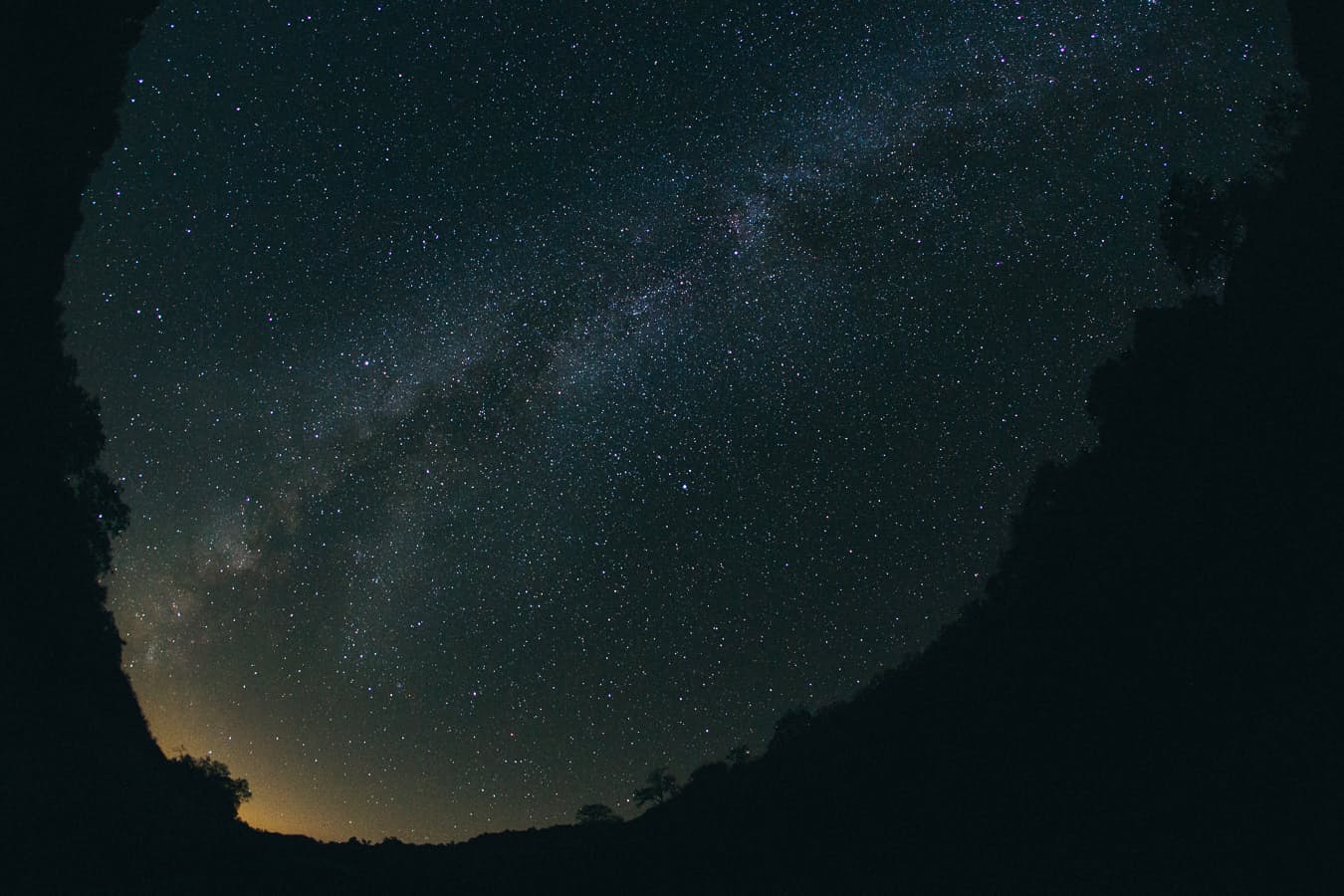 Consider a hike at sunrise, sunset, or at night. Bring your camera and tripod to capture the Milky Way.

Remember that camping is about enjoying nature with friends. Sleep in, prepare a leisurely pancake breakfast, take a mid-day nap. If you don’t see all the major attractions this time, you can always come back on a non-holiday weekend. [H] 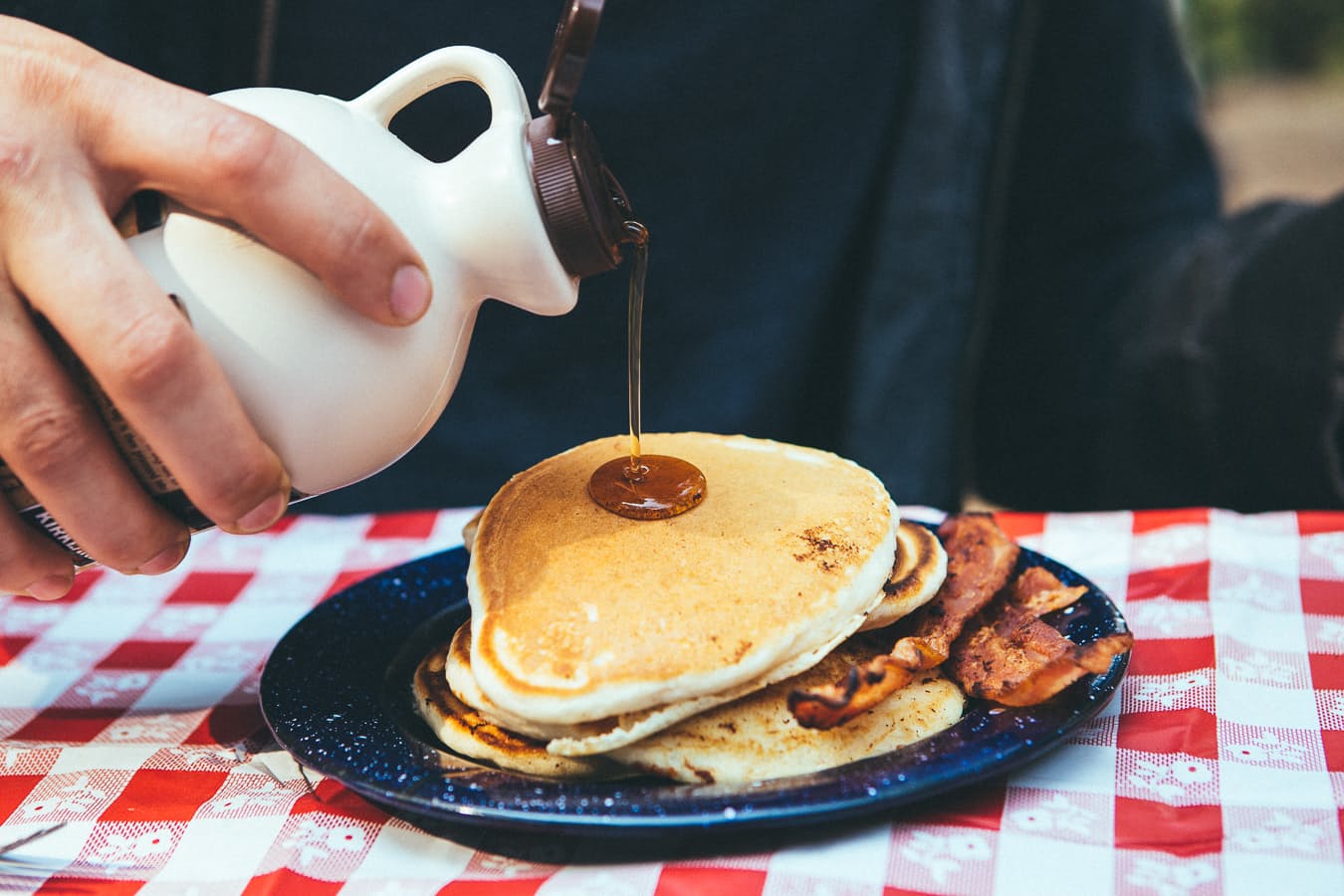 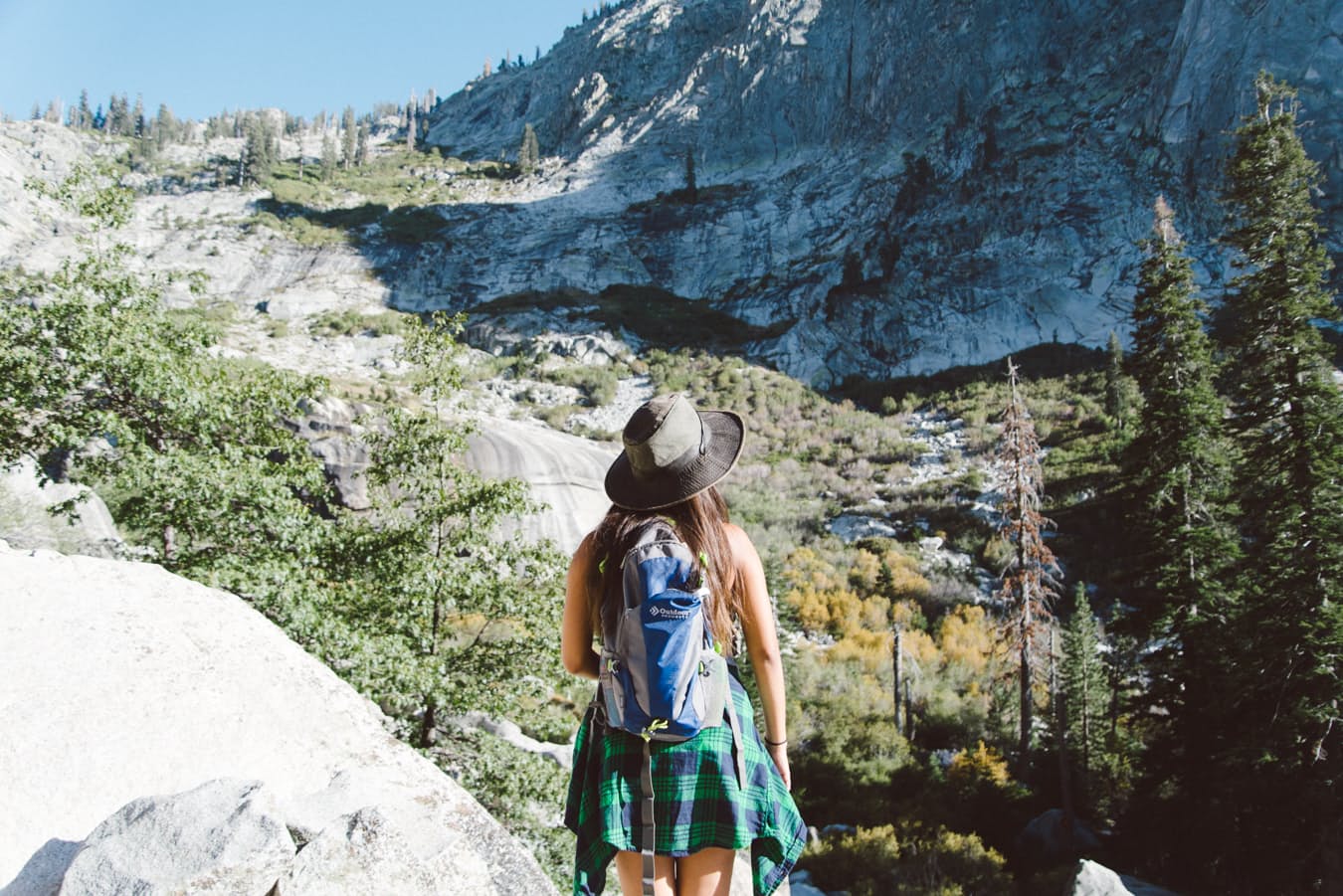 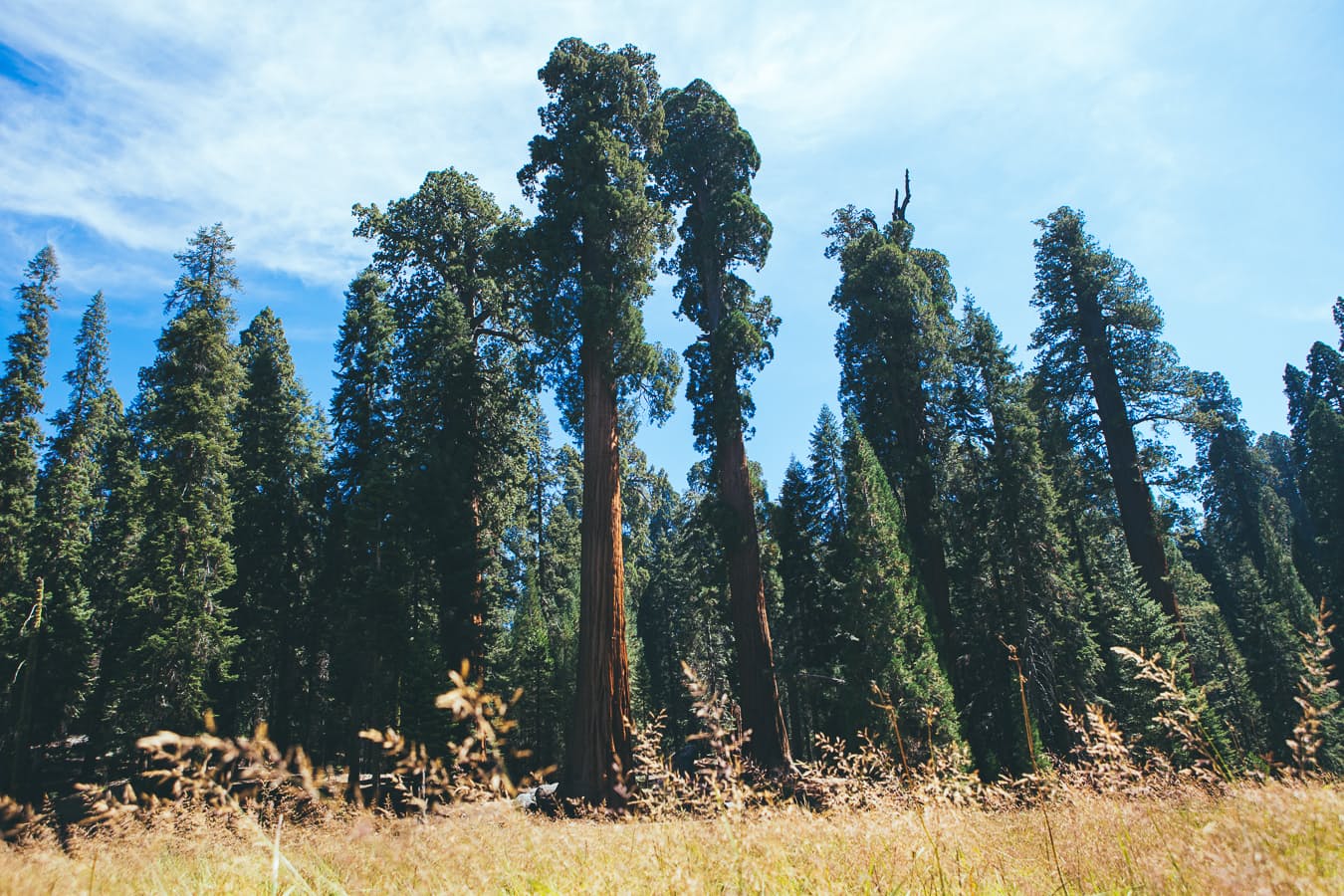 Alyx is the adventure guide and s'mores connoisseur behind Shoestring Adventures, bringing California weekend warriors into the outdoors.
She enjoys standing on top of mountains and turning strangers into friends over weekend camping trips.
You can follow her adventures on the Shoestring website and Instagram. Better yet, join Alyx on her next trip!

< Provisions: Campfire Shakshuka
How to Work Remotely Like a Boss > 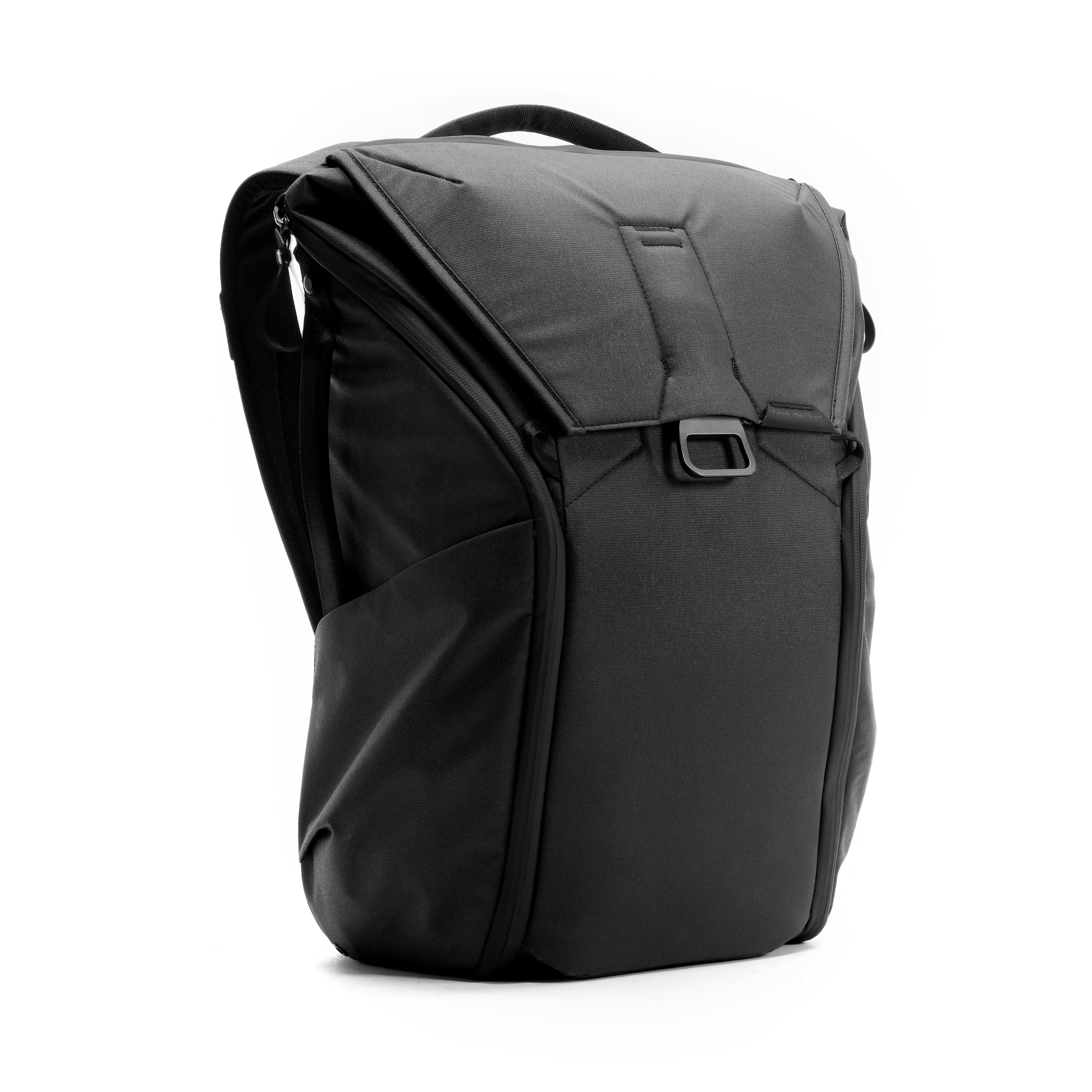