Roving HB correspondent Kyle Frost adventures into his own home state — or just off the coast of it, that is

ake Big Sur, wrap it around an island, then place some idyllic green countryside covered in wildflowers in the middle. Throw in a mountain for good measure, and sprinkle liberally with adorable island foxes. Now place it just a 45 minute boat ride off the coast of Los Angeles. Then you'll have Santa Cruz Island.

At just over 96 square miles, this place is California's largest island and the crown jewel of the Channel Islands chain. Although most of Santa Cruz was dominated by ranching for many years, it is currently jointly owned by the Nature Conservancy and the National Parks Service, and offers plenty of amazing kayaking, hiking and snorkeling. 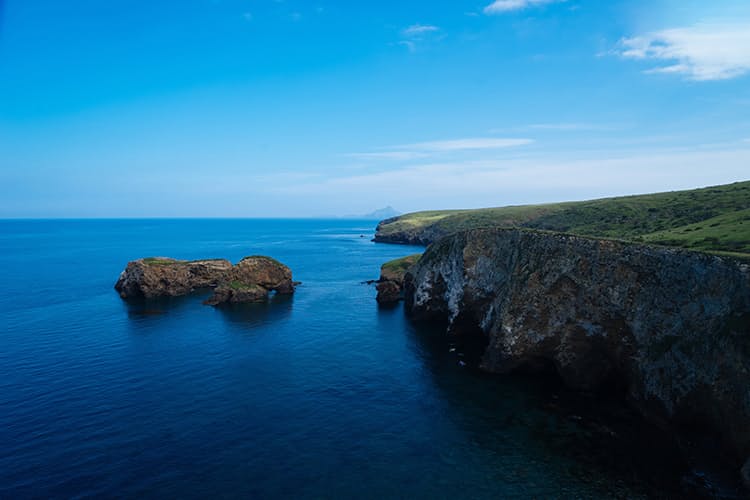 I‘ve lived in California for 25 years. Visiting Santa Cruz Island has been on my to-do list for a while, but I'd never made it out until recently. Boy, was I missing out.

To get to the island, arrange a boat ride with Island Packers from Ventura Harbor, which will run you about $60 per person. During high season, there is a early and a late boat return, but in winter, there’s only one boat back, so plan accordingly. After an hour boat ride, you'll arrive at Scorpion Anchorage, where we listened to a brief but mandatory introduction to the island from the rangers before heading out toward Potato Harbor. 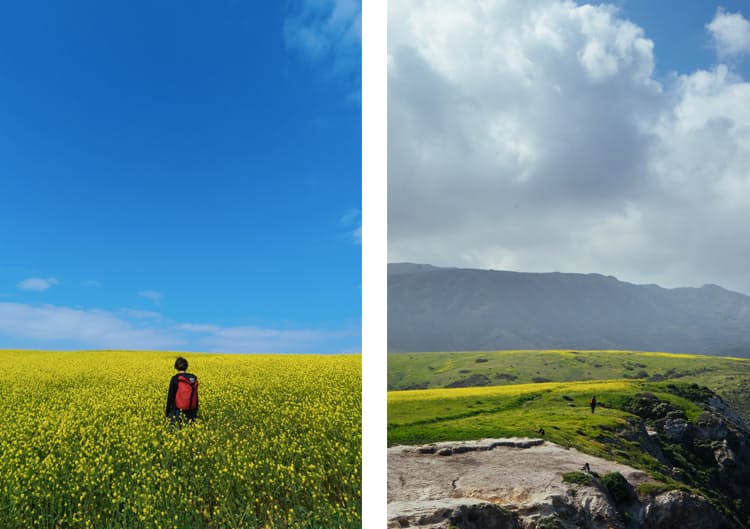 The bluff trail climbs sharply up from the anchorage through expanses of bright saffron flowers. The steep sided cliffs rival anything in Big Sur. It’s a relatively short hike so we took our time, taking pictures along the way and enjoying lunch at the harbor. It seems like it's possible to get down to the beach, but it looked pretty sketchy so we found a spot with a nice view about halfway down. 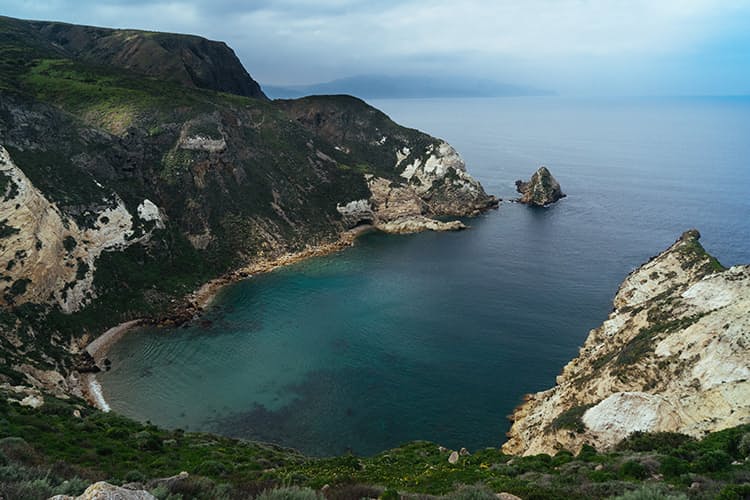 After an idyllic lunch at Potato Harbor, we took the trail back past Scorpion and onwards to Scorpion Rock, a quick climb up from the dock with incredible views down the other coast of the island and even glimpses of the other Channel Islands in the distance. 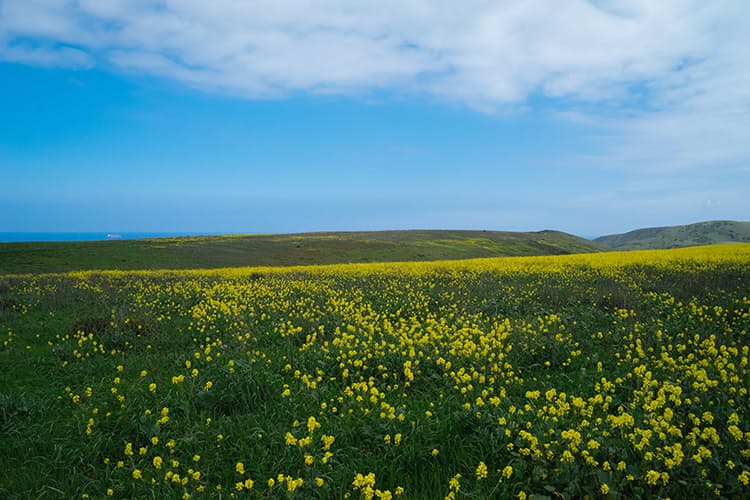 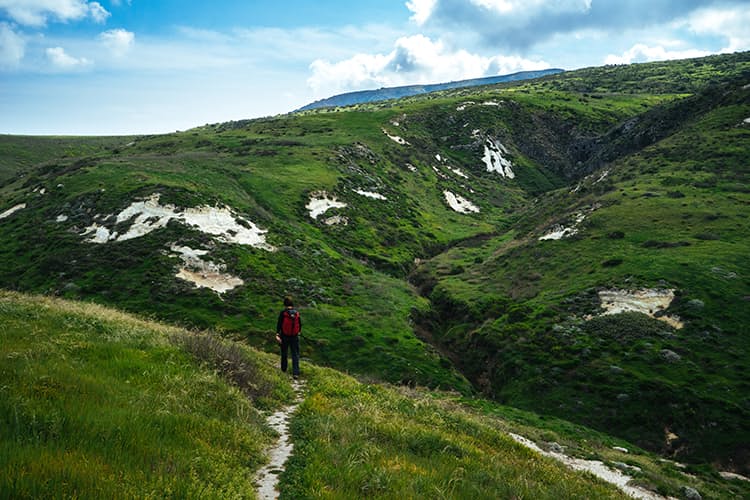 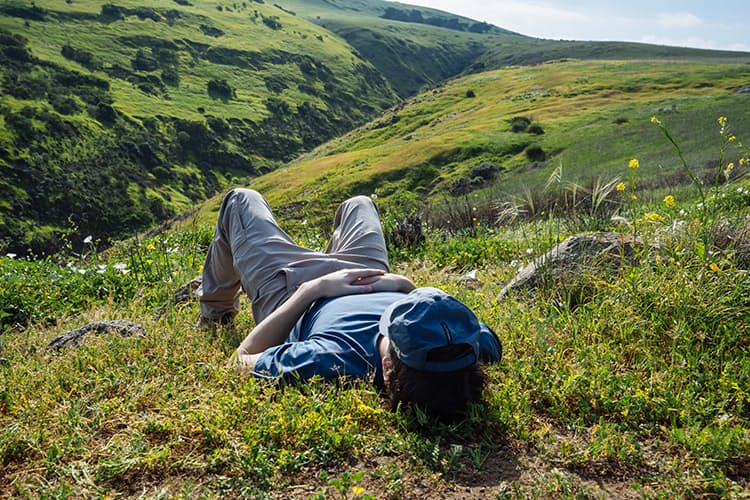 Kyle Frost is a Huckberry contributor and weekend warrior extraordinaire.
He's a fan of coffee, big mountains, and witty banter.
Follow him on Twitter or Instagram.