You Never Forget Your First Pair of Red Wings

More than 10 years later, this trusty pair of handmade boots has been with me through everything

Growing up, I was never really a boots guy. I realize this is a bit odd seeing as I’m from the Midwest where boots are basically a prerequisite for living in the region. But to me—and this is a massive generalization—they looked clunky, rugged, and heavy. And from what I had heard, they were terribly uncomfortable.

As the miles racked up, these boots became an extension of my feet—I soon forgot what life was like before them.

So I spent my high school and early college years popping around from sneaker to sneaker, never crowning loyalty to one brand, style, or look. Clearly, when it came to footwear, I was fine with the status quo and didn’t push my comfort level. (Sadly, you could probably make this case for my style overall at the time—think cargo pants.)

That was until I met my first pair of Red Wings in a little men’s shop in Minneapolis circa 2008. They weren’t flashy by any means. But they were highly detailed, sewn by hand with some TLC from a master stitcher. (Note: Unbeknownst to me at the time, all Red Wing Heritage boots are handcrafted at their HQ in Red Wing, Minnesota.) I loved that they fit the moccasin/trench boot silhouette but combined it with hand-sewn stitching that incorporated wax canvas elements. They looked sharp. Not too serious, not too casual.

At first, the rumor that “boots are uncomfortable” was confirmed. It was like walking on 2x4s for the first couple of weeks. (Note: Thick socks help ease the pain.) But after some time the footwear boot camp paid off, the leather loosened up, the Vibram sole began to wear in, and the boots began to replicate the shape of my foot. As the miles racked up, these boots became an extension of my feet—I soon forgot what life was like before them. 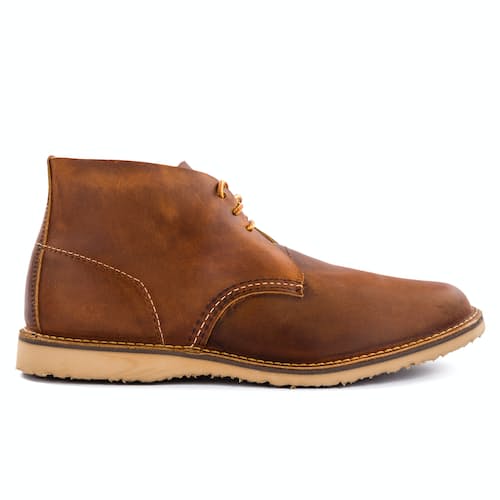 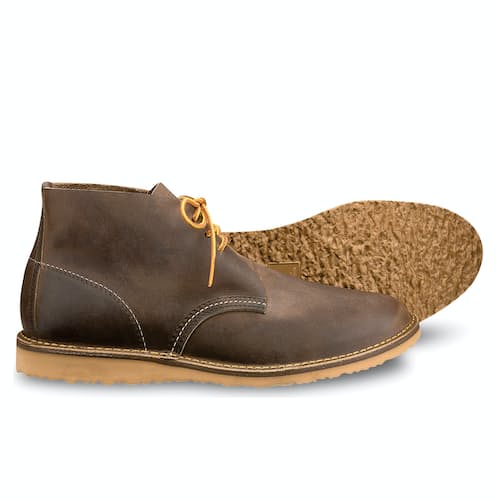 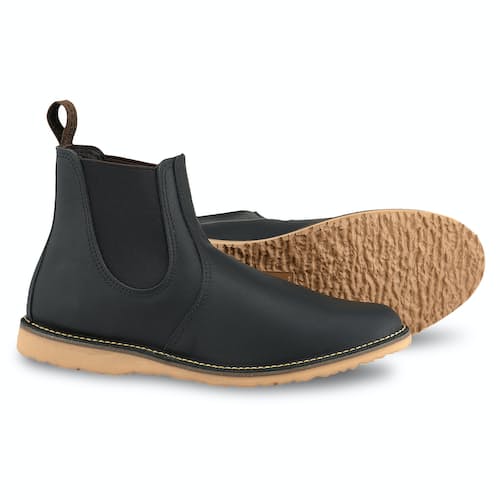 We spent the next decade-plus tag-teaming on some major life moments:

• Moved into an apartment with my girlfriend. (Note: While away attending a wedding in Wisconsin, our apartment complex caught fire and many of our possessions were ruined—the boots survived because they were with me, phew. Note 2: That girlfriend would later become my wife.)

• Tooled around Europe, hopping from city to city. (Note: Highly recommend boots for international travel… unless it’s peak summer during a heatwave.)

After three moves, to a more expensive city each time, our donations piles grew exponentially. But my Red Wings always made the cut.

• Got hitched, then bought our first home. (Note: If you think boot maintenance is tough, don’t buy a home.)

• Swapped jobs, more than once. (Note: Not boot related but “make the job you want” is the best career advice I’ve ever heard. I live by it still to this day.)

• Welcomed a hound… and then a little human. (Note: The hound ate one pair of laces. The child ate zero. Likely why child number two is on its way this spring and not another pup.)

• Moved three different times. (Note: That Marie Kondo is on to something. If a possession doesn’t “spark joy” toss it. So after three moves, to a more expensive city each time, our donations piles grew exponentially. But my Red Wings always made the cut.)

So here we are, some 11 years later, and my beloved Red Wings still hold a front-row seat in my closet—protected in a plastic tub to extend their lifespan, of course. They’ve seen rough days, slogging through rainstorms, blizzards and desert heat. But they’ve also seen relaxing days, being cleaned and otter waxed every six months. I still crown these boots as my favorite pair in a Red Wing collection that has grown to include nine different styles.

(Note: My wife doesn’t know that last bit, so please don’t share this article with her.)

>>Next: A Love Letter to My Hiking Boots

Bourbon: Heritage in a Glass...