The great Miami equalizer? That would be a sandwich from South Beach's finest

Forget what you thought you knew about Miami. We took a chunk of time out of the office to head to Florida and discover the city's true character, from South Beach to Key West. A crucial stop along the way?
La Sandwicherie.

was halfway through a seven-dollar sandwich when my opinion of Miami changed. This was several years ago and I was in town for a friend’s bachelor party. Miami for a bachelor party made sense to me – it was Las Vegas with a beach. On previous trips as I’d stumbled through mega clubs, waited for drinks at faceless hotel bars, eaten in boring, overly priced restaurants. 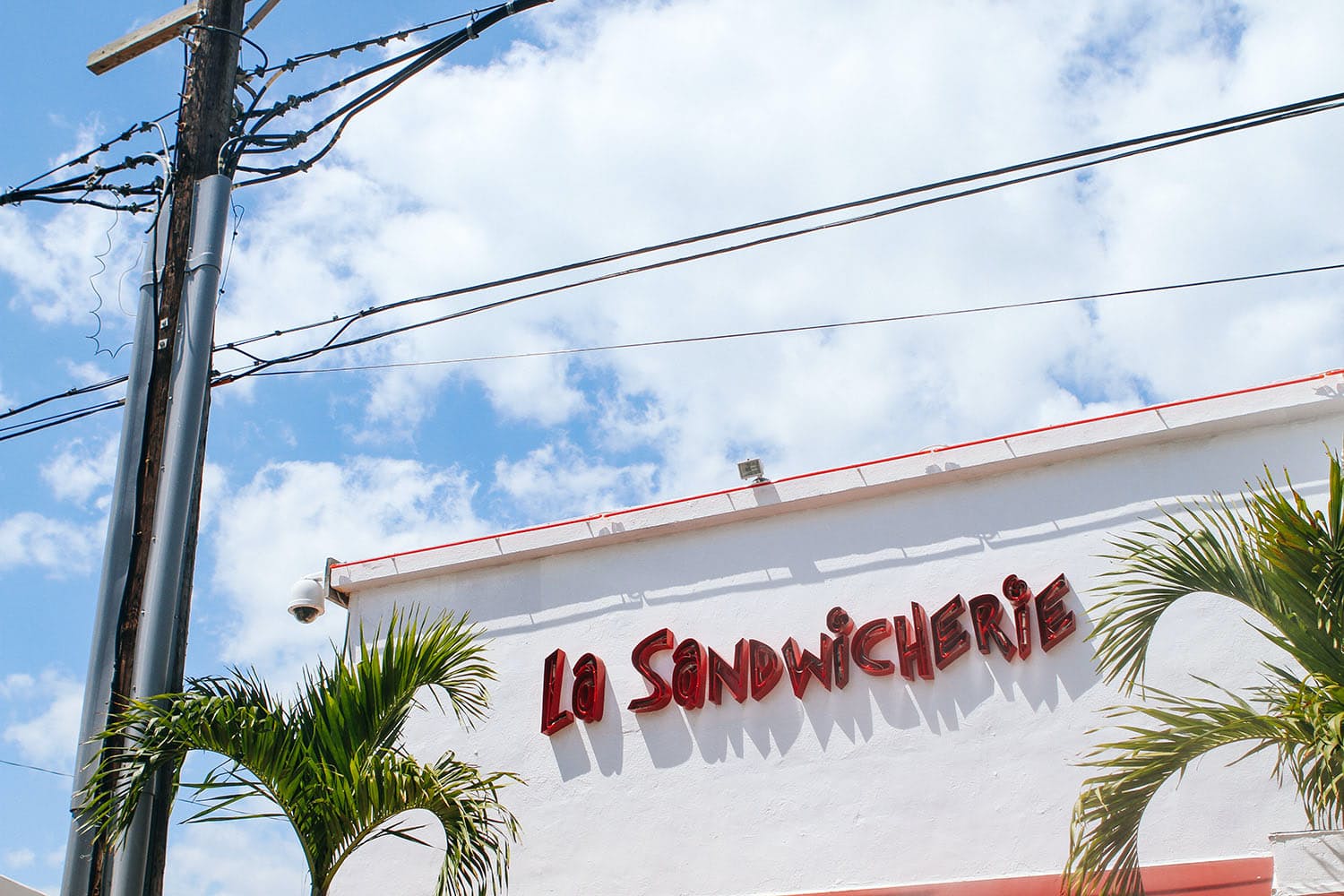 But La Sandwicherie, on South Beach, is another Miami altogether.

I am perched on a stool, elbows on the counter, the gentle spray emitting from strategically placed misters landing ever so gently on my face, alleviating the merciless June heat. I devour heavenly tuna salad on a flaky, buttery croissant and topped with brilliant red tomatoes and crisp cornichon. Every few bites I apply a fresh dab of horseradish-y vinigarette from a translucent squeeze bottle. 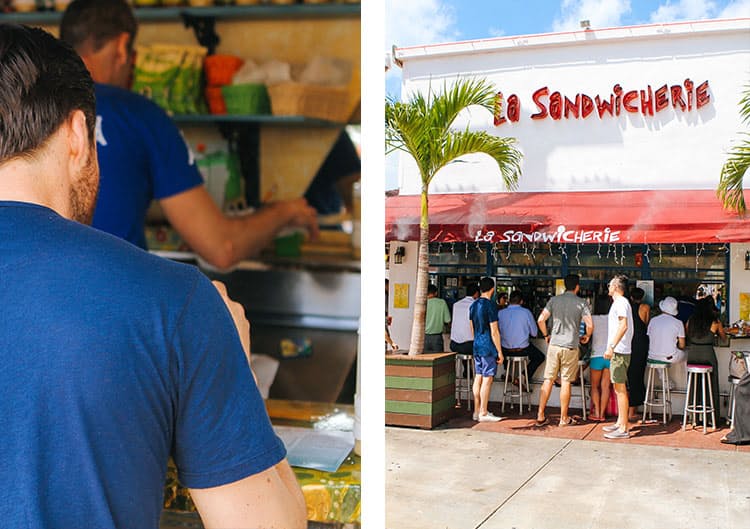 Under the red awning, alongside me, there are girls in bikini bottoms and T-shirts, still damp from the beach. They share space with strung out club kids in fancy sneakers who haven’t been to bed. A local construction worker snaps a photo of a group of smirking European tourists. There is general merriment amongst the patrons here. A co-mingling of cultures. Every Miami is represented.

The French proprietor behind the counter is at the center of the production; he takes the dozens of orders through a steady flow of off-color wisecracks – once he offers to remove his shirt in exchange for tips. 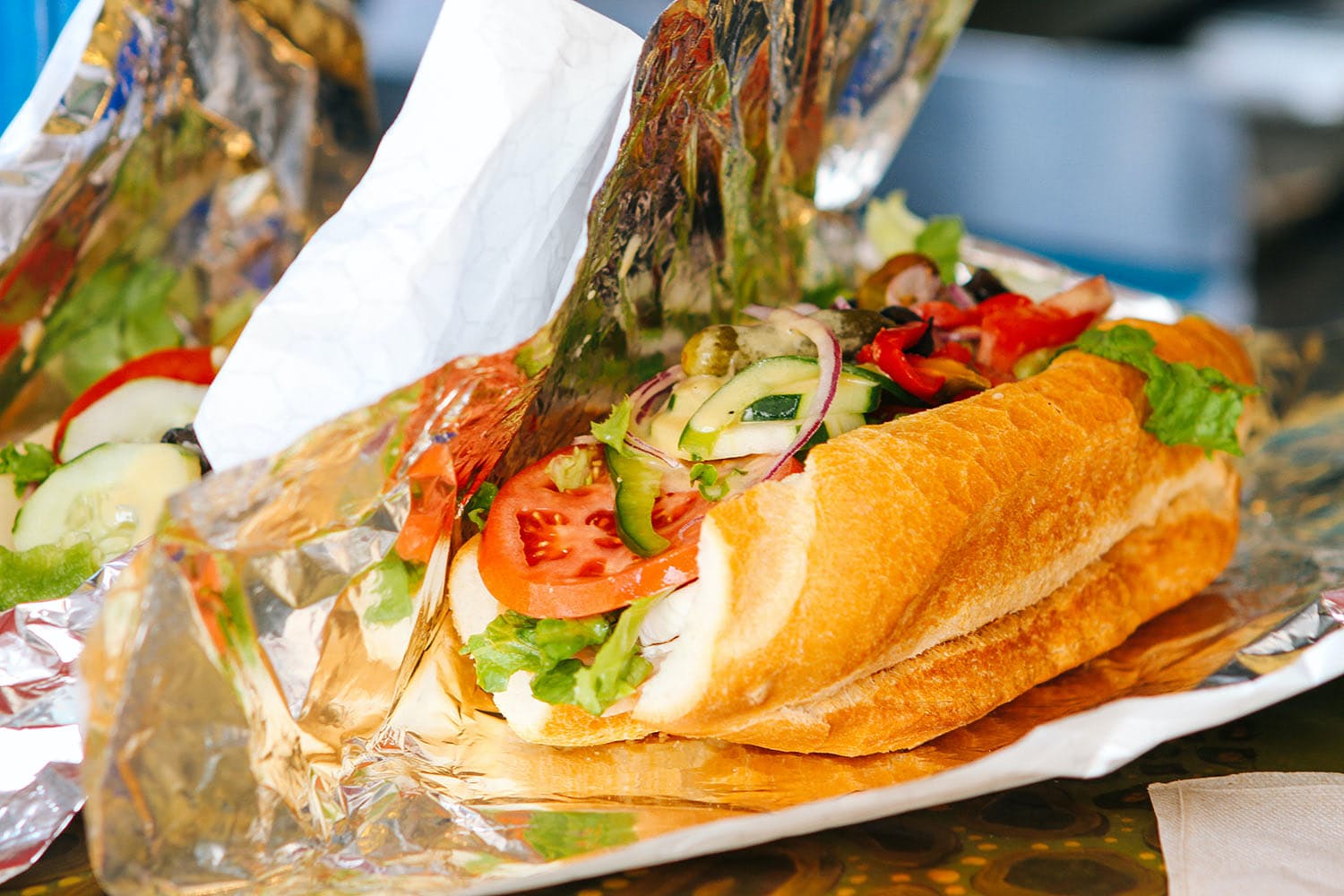 The following morning, I’d walk through Calle Ocho as the sun came up and the men gathered in Máximo Gómez Park for dominos. I’d sip sweet Cuban coffee out of small Styrofoam cups. Later, I’d get lost amongst the murals of Wynwood -- the arts district – after dark; our own personal gallery illuminated solely by streetlight.

There’d be more tastes of the Miami I’ve come to enjoy so much on that trip. But it all started with a sandwich. [H] 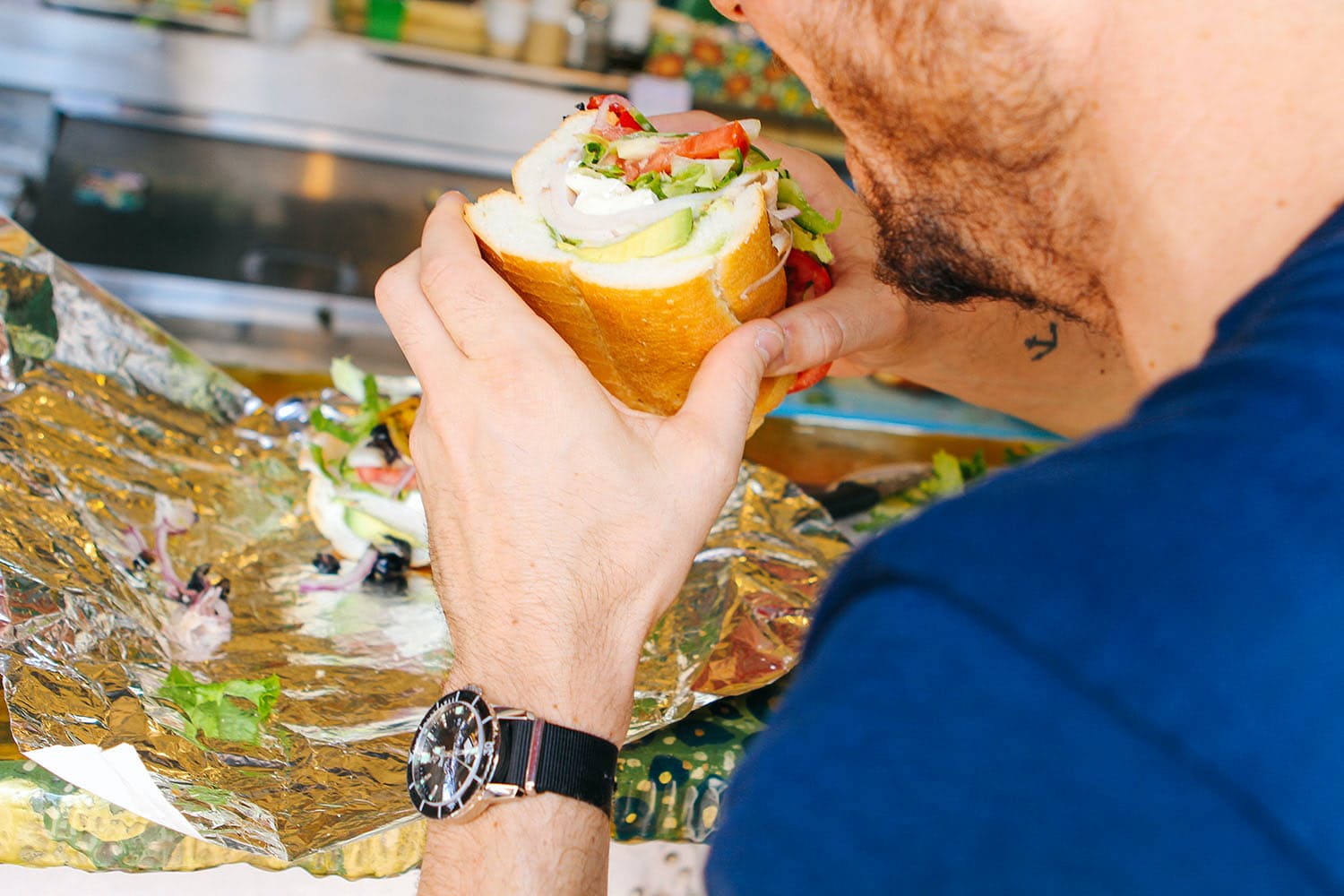 Sean Hotchkiss is a writer and creative consultant based in Brooklyn, NY.
His writing has appeared in GQ Magazine, The Wall Street Journal, and Esquire.
You can follow him on Twitter and Instagram.