Our buddies at Salt, Fresh & Field head to the wilderness to catch and cook a trout — just the way Ernest did

Ernest Hemingway's prose is almost as well-documented as the writer's impressive appetite. We've covered his famed hamburger recipe before, but for this Provisions installment, we sought to examine another one his favorite pasttimes a recipe it entailed: fishing, and the Bacon-Wrapped Trout. To accomplish this, we tasked our buddy Chad Brealey of Salt, Fresh & Field, who took his trusty Tenkara Teton rod to the streams around the foothills of the Canadian Rockies with a simple mission: to catch and cook a trout — just the way Ernest Hemingway would have back in the 1920s. The recipe belongs to Ernest, but the words are from Chad.

ull away the bravado of the bull fights, the search for German U-Boats in the Gulf Stream and African big-game hunting, and you'll learn Ernest Hemingway was a simple trout fisherman. Hemingway's most self-actualized character, Nick Adams, was never bogged-down with gadgets and gear made to impress anglers. He fished with grasshoppers caught by hand and kept them in a glass jar around his neck. He didn’t thump out 95-foot casts or rely on a machined reel that could slow a running labrador. 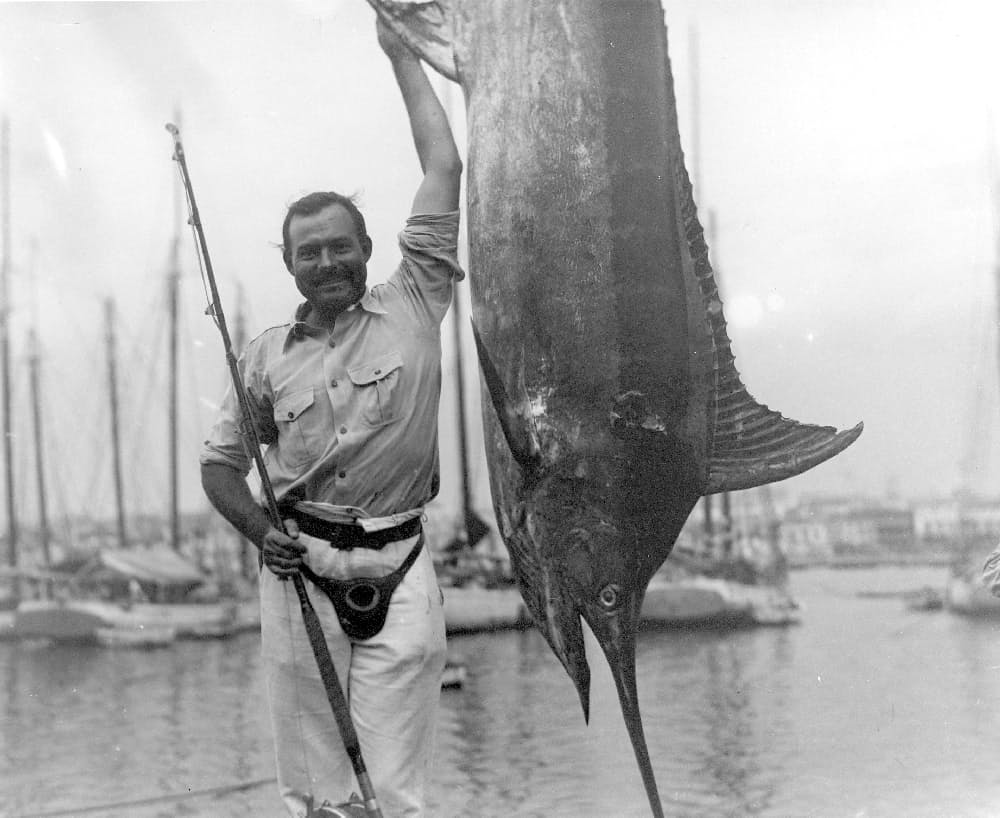 Fly fishing is simple, confined to a tapering, flexible rod, a length of line and a clear leader attached to a thinner tippet. And tied to the end, is a fly: an assemblage of feathers and fur. Dry fly fishing is widely considered the pinnacle of the sport, perhaps for the fine matrix of elements that must line up perfectly for success. But, since most of a trout's life is spent looking for food under the surface of the water, using a fly that imitates a nymph — the larval stage of many aquatic insects, and the dominant, year-round food source for trout is most often what brings trout to hand.

Hemingway stripped the world bare and rebuilt it with his own lens. Often graphic and cutting, but always simple to the core. In a similar manner, a Tenkara rod peels away layers of gear-ladened complexity and provides a fishing simplicity that is surprisingly addictive. At the outset, the Tenkara style requires a mind shift away from the mechanics of traditional fly casting, hauling and line control, shifting focus instead on reading the water, and the drift of a fly through the current. 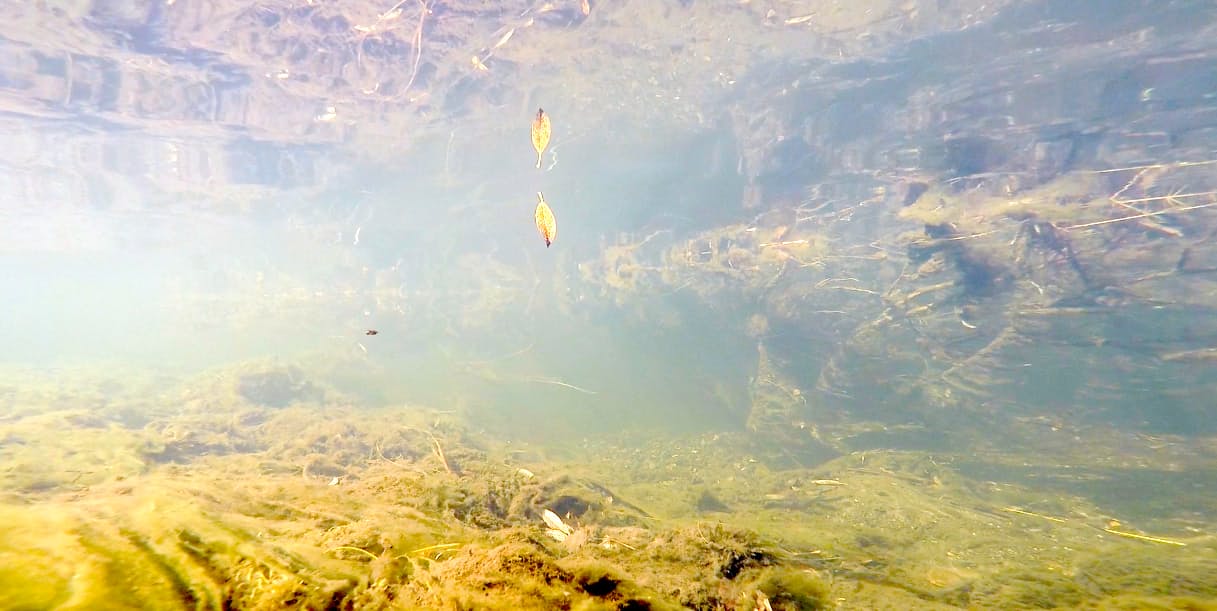 I took my simple fishing outfit into the mountains. The stream was as I remembered. It cut a clear, thin line through an old bison plain at the foot of an slope that had once burned. There were still blackened snags on the highest ridge overlooking the clearing. The grass was low and the wind had not yet started to flow down the valley.

Like most wild food, trout you have caught yourself should be simply prepared with minimal ingredients and fuss. While writing as a young reporter for the Toronto Star, Hemingway penned an essay called Camping Out around 1926. In it, he explained how to deal with proper shelter and how to protect from biting insects. He also provided a recipe, of sorts, for wild trout wrapped in bacon. It’s unadorned and simple.

Recently, I went into the Rocky Mountain foothills west of Calgary, Alberta to assist Trout Unlimited with non-native Brook Trout suppression program. Brook trout are beautiful fish, but not actually trout. They are technically Char and, therefore, piscivorous — or rather, fish eaters. They were planted in the area decades ago and have since come to dominate the small streams in the area at the expense of the native cutthroat trout. Specially licensed anglers have been deputized to help cull the Brook Trout populations and by rather pleasant happenstance, Brook Trout are delicious.

The stream was set up perfectly for the Tenkara, and we landed seven fine Brook Trout in under two hours — with an equal number lost. We cooked them on a ridge above the stream — a vantage point that was once a lookout for local First Nations hunters. 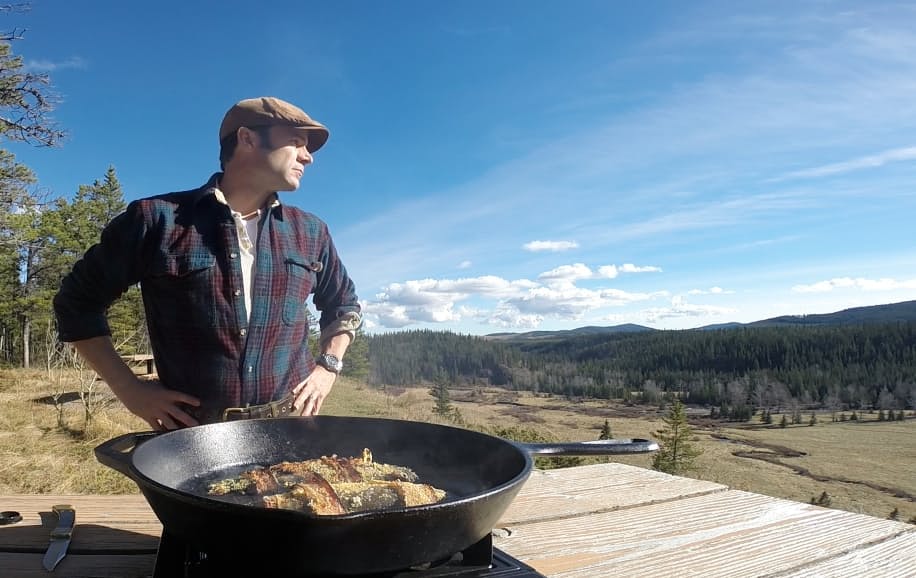 The stream looked cold and clean. I tied a soft hackle fly to my 5x tippet, cupping my hands over my eyes to shed them from the glare. The brook trout were there, woven into the tangle of fallen branches and brush, feeding at intervals on insects floating through the seams of current. They favored the dark waters where they could hide from ospreys. I caught one fine brook trout from the slack current behind a log and killed it quickly with a rap on the head with the handle of my knife.

I made a small fire and cleaned the trout, leaving the entrails for the mink to find. After preparing the fish with corn meal, thyme and thinly sliced bacon, I introduced them to the heat of the pan where they sizzled and spat. After five minutes, I turned them. The eyes had become opaque. Five more minutes passed, and I took the pan off the fire and ate the fish with my fingers. The sun was at its peak and a grey jay took the stripped skeletons to the top of a nearby fir tree. A raven made a croaking sound and the wind swirled the last of the campfire smoke in my direction. 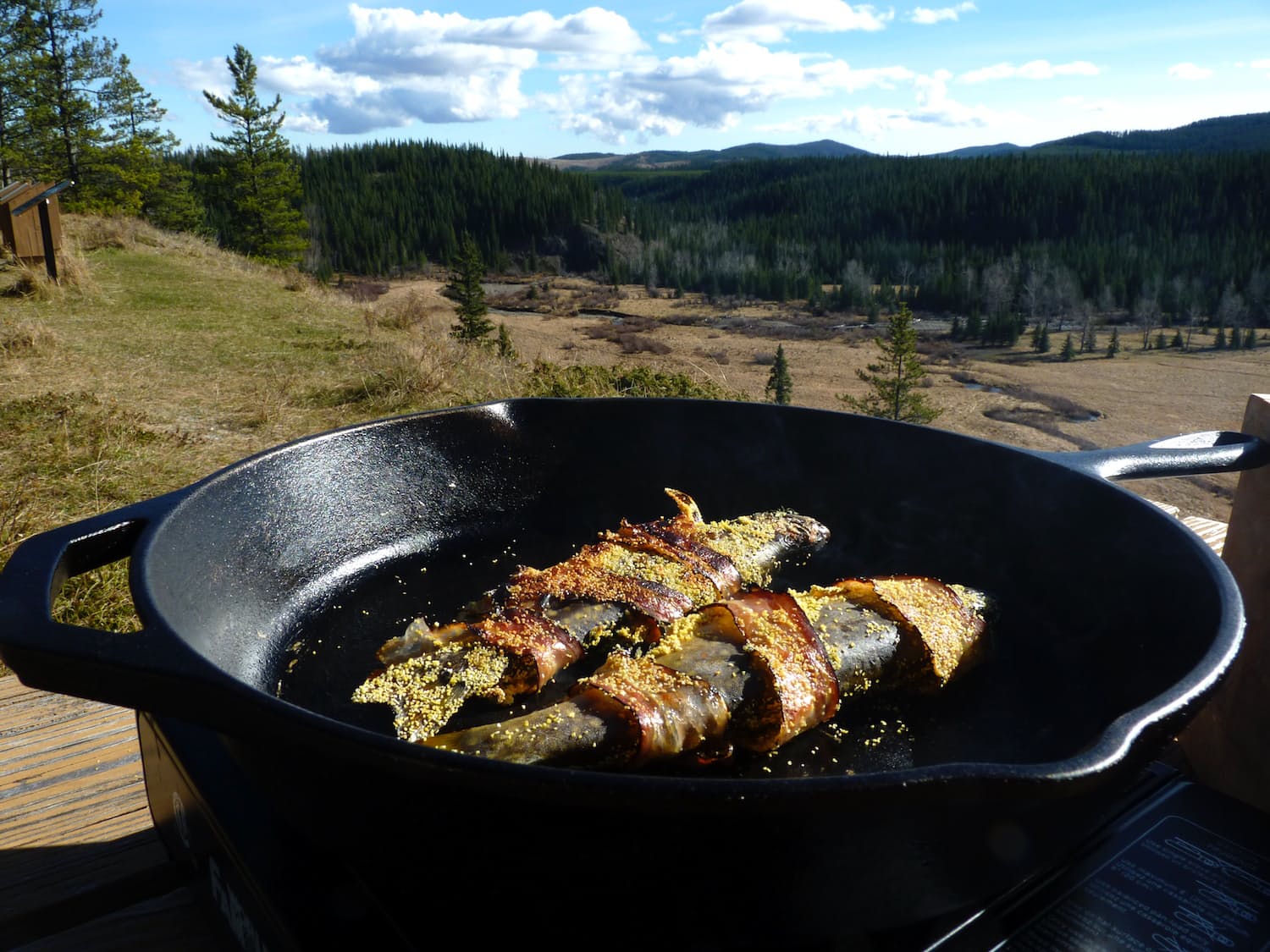 Chad Brealey is a modern hunter-gatherer, and a gentleman of the wilderness.
He shares stories about getting outside and gathering your own food on Salt, Fresh & Field.

A Brief History of Tartan...