An homage to the era that didn't frown on mainstream luxuries—it embraced it. 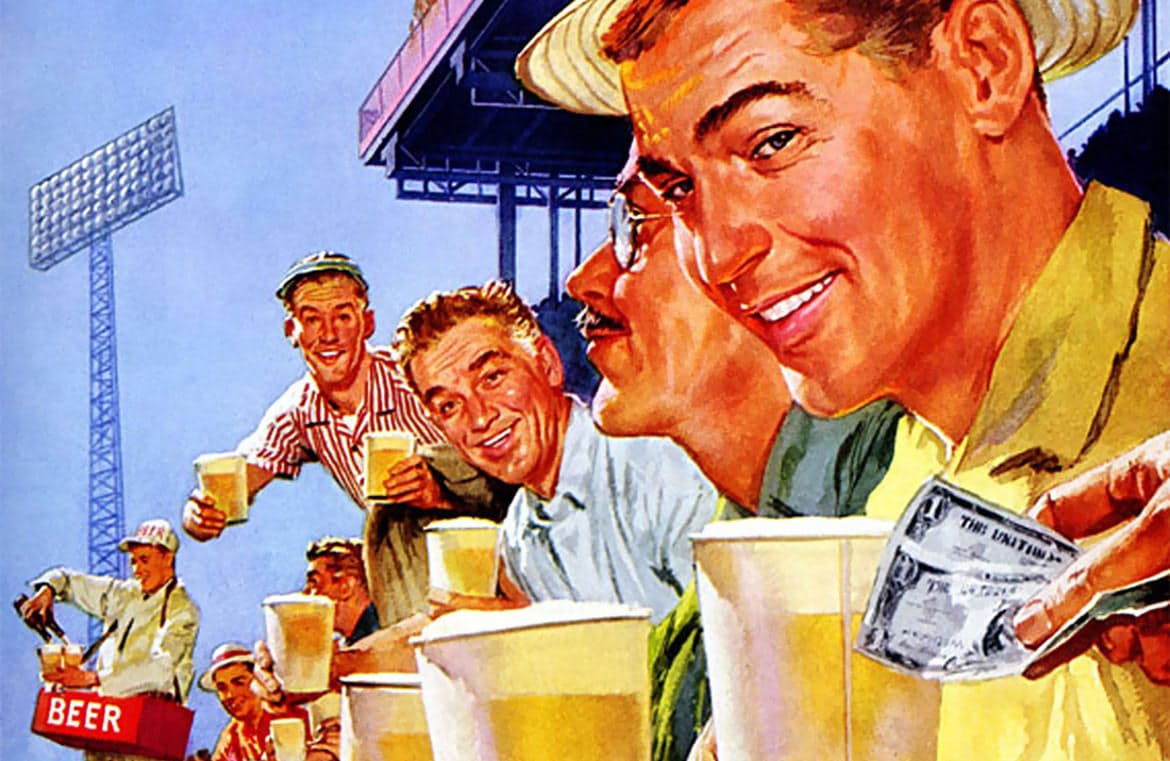 Populuxe was a mid-century art movement combining the popular and the luxurious. Viewing populuxe art from this side of history, it's hard to see it located anywhere but the 1950s and early 60s. And why not?

The post-war era stands as a time in American history of unparalleled optimism. Back then the future was a promise, not a threat. Populuxe reflects this moment with carplanes, personal submarines and monorails. And, of course, no glimpse into the radically optimistic post-war era would be complete without at least one flying car.

Even weather control seemed just outside our grasp. 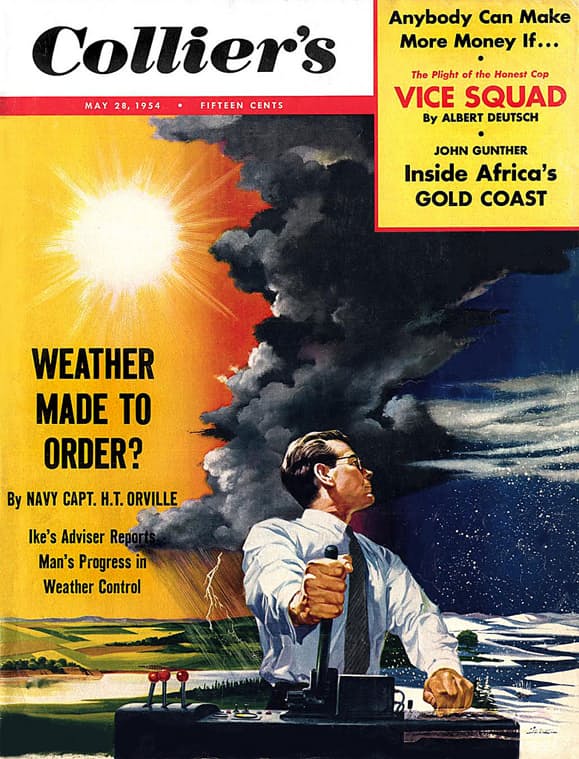 Comfortable work clothes offer a life of manual labor with less hassle than the war years. You could relax on the job with the rich, smooth flavor of your favorite smoke—which nine out of ten doctors (not to mention Dutch Reagan) still prefer. At the end of your day, you can look as dashing as Rob and Laura Petrie.

Square-jawed men provided for happy wives who made tidy homes with beautiful children. TV time was a family activity, but married adults with kids still knew how to cut loose after the tiny tykes hit the sack. Dad was even allowed a little taste of the bachelor life. 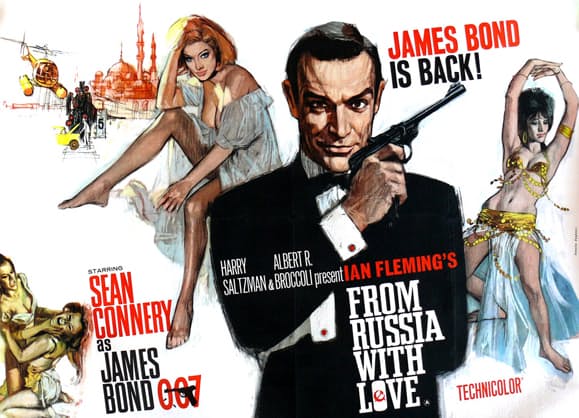 Call me a historical revisionist, but I suspect these images provide a far more accurate account of the 50s than the usual guilt-ridden hand wringing on the subject. Just compare the design and aesthetic standards of these images to contemporary advertising—they appeal to a higher instinct, a desire to be more than.

Perhaps more to the point, this was an era when the working and middle classes were aspirational; an era when a t-shirt and jeans were (basically) never appropriate, when men took pride in their laws, washed their cars every Saturday and people understood that appearances mattered.

As we now stand in the umpteenth decade of grungy edginess for its own sake, it's hard not to feel a sickly sad nostalgia for a bygone era when the average man sought to emulate his betters rather than sneering at the very concept of "better." An era where the concept, even the word, "populuxe," was accepted, endorsed. 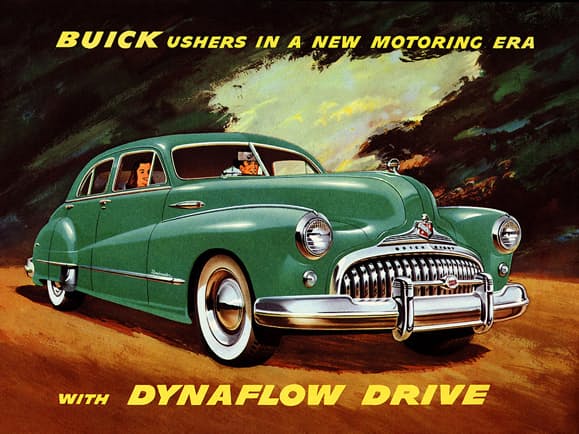 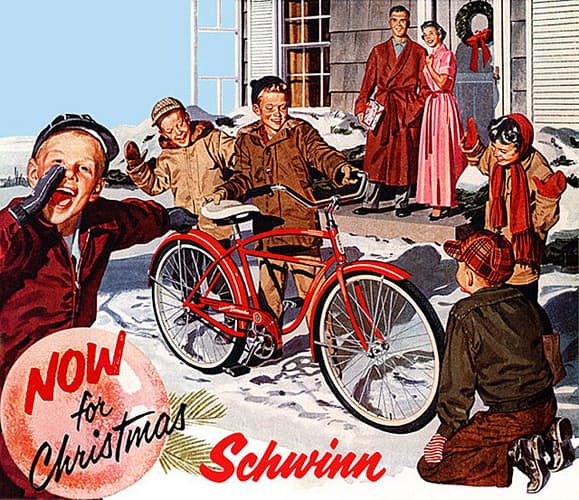 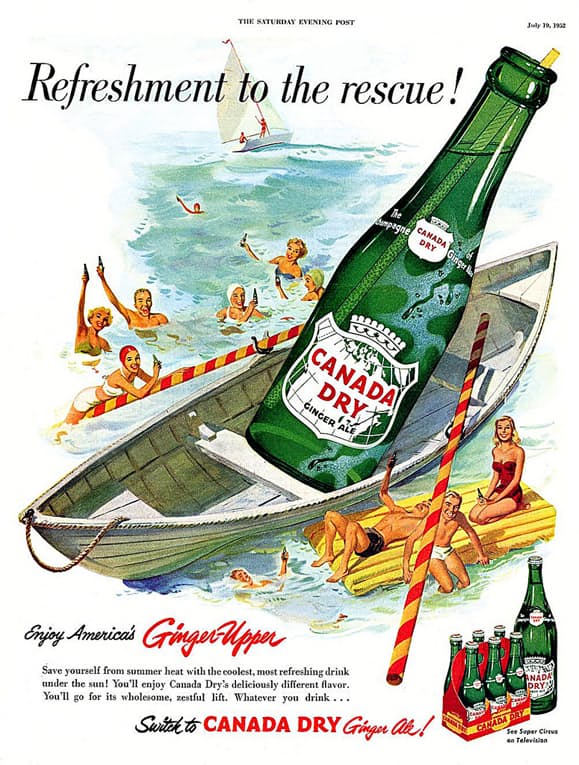 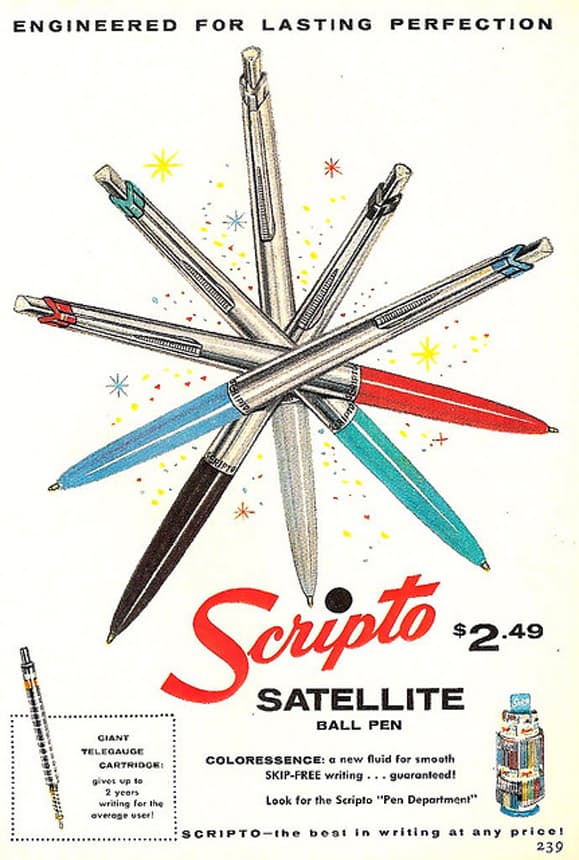 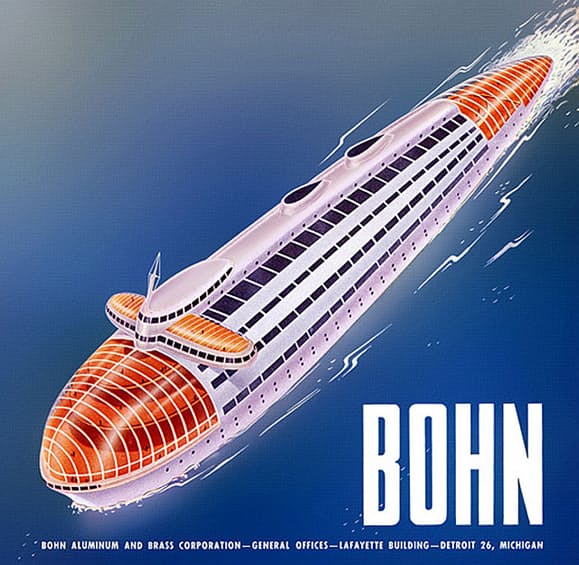 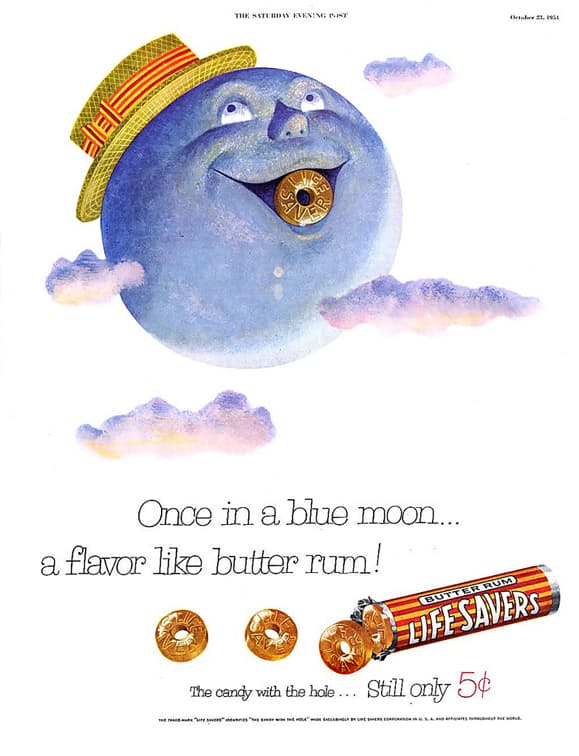 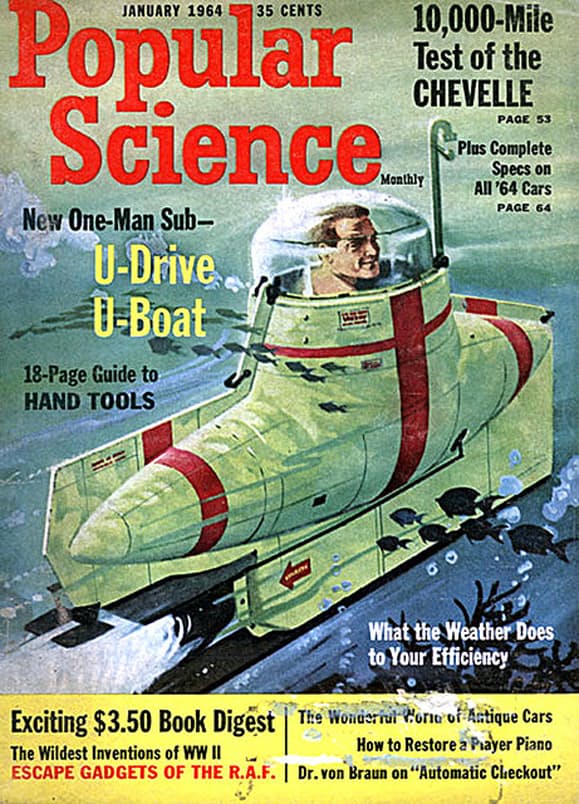 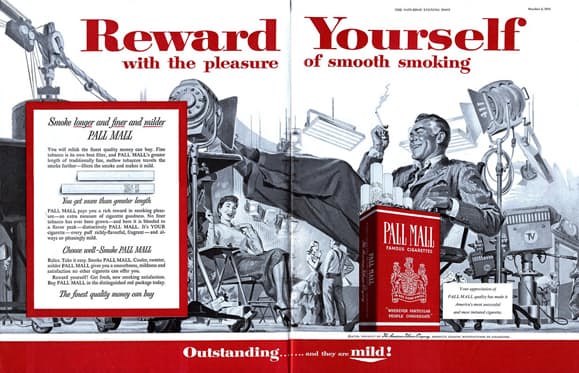