Laying in the shadow of granite cliffs at 12’000ft I understand why ancient people worshipped the sun… I could be persuaded to convert.

ooking back on all of the hikes my brother and I went on while growing up in the Chugach Mountain Range in South Central Alaska, I quickly remember the heavy, external frame mountain packs we used — the same ones relied upon by previous generations to haul hundreds of pounds of game out of the hills and into the kitchen. With the spirit of those men still living in my brother and I, we took up our father’s aging gear and headed north. We had previously agreed that all of the equipment we would carry on this adventure be representative of what would have filled our packs fifty years ago. With no electronics or modern materials we set out for a year-end trip that we would hopefully remember for the years to come. With candles to light our way, Woolrich and whiskey to keep us warm, and potatoes instead of freeze-dried meals to fill our stomachs; this is surely how the pioneers of old must have experienced the world as they explored it.

Sixty-five miles of the John Muir Trail through Evolution Valley in the Sierra Nevada’s were mapped out in front of us and Adventure 16 frame packs previously owned by a couple of 1970’s Boy Scouts were on our backs. The weight of the period correct gear and lack of oxygen at the 9000ft base camp weighed heavy on my shoulders; one of which had been badly damaged recently in a motorcycle accident. 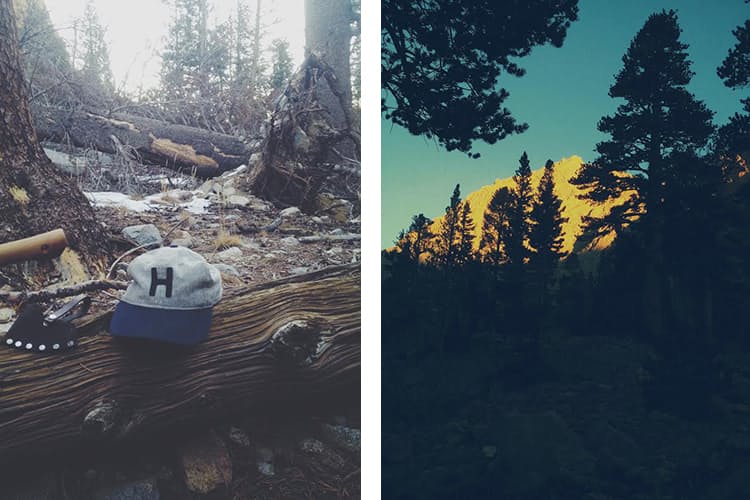 Ten miles of incline lay between our first night’s sleep and where we stood. Alaskans aren’t very well acclimated to elevation as we live at sea level and rarely venture north of 5000 feet unless we ride a chair lift. Needless to say I was wholeheartedly convinced I was going to throw up and then die. After four hours and two water crossings we made camp as the sun was setting over the mountains and the failing light left us with bitter cold and snow. We made a cooking fire, boiled drinking water and had some whiskey to stave off the coming chill. 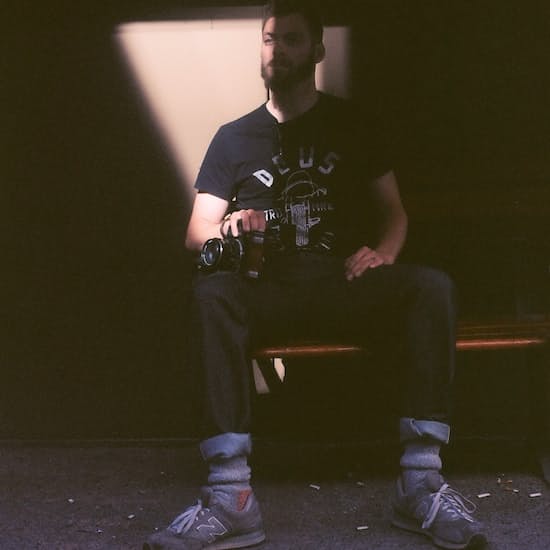 Sleeping on a bed of pine tree boughs and wool blankets we watched the moon march across the sky. That lonely moon cast shadows, shadows I was convinced were mountain lions all around us, savoring the quiet and drinking in our fear. We drifted uneasily into something resembling sleep, when the dying fire and first light woke us to the harsh realizations that come with a morning at elevation. Decisions had to be made at that point; to leave the quasi-warmth of the sleeping bag to relieve yourself and boil water for coffee, or suffer in silence — I chose the latter.

With one triumphant burst of light the sun rose over the cliffs and burned off our desire to slowly freeze alive wrapped in 30 year-old nylon and down. Checking our toes and noses for what felt like freezer-burned black skin and finding none, we broke camp, cooked a side of bacon and stared blankly into the Kelly Kettle for the first signs of boiling water. At this point our brotherly extra-sensory perception engaged and we agreed that we return to base camp. 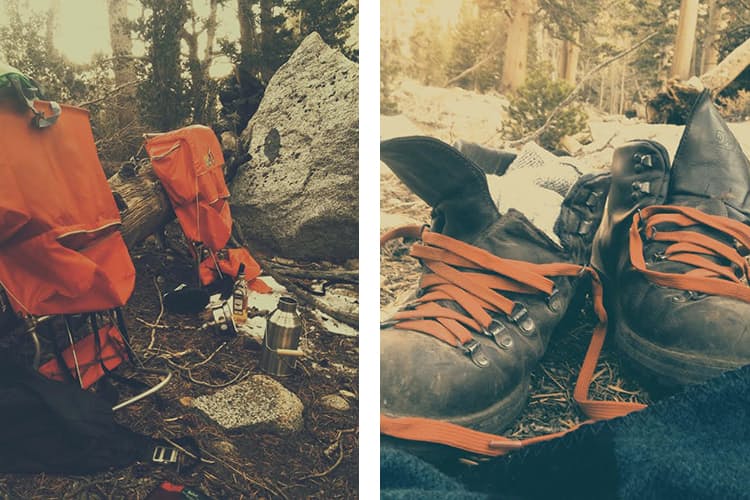 On the way down we realized how far we had come and congratulated ourselves with the promise of a large hot breakfast when we arrive in Bishop, California. Passing the trees, granite slabs, and sheer mountain walls cascading with waterfalls of scree, we both considered, and reconsidered our place in this pass along with our decision to not continue the trek. My philosophy on mountaineering and backpacking is that if the journey's challenges are no longer fun or have become outright dangerous, then abandoning the cause is justified. Whether it is a mountain pass, a turn in the trail or an abandoned mineshaft, these are horizons that once crossed, the possibility for injury and calamity becomes a reality not worth dancing with.

Sitting in a warm restaurant surrounded by families and elderly couples on a fine Saturday morning, my brother and I stared quietly into our cups. Without speaking to one another, we both agree that the noise of this place is both with and without its merits. But that time spent in total darkness, in the quiet of the mountain pass amongst bitter cold and racing thoughts, were so much louder and real than anything we will ever experience again. [H]

“How glorious a greeting the sun gives the mountains.”
- John Muir 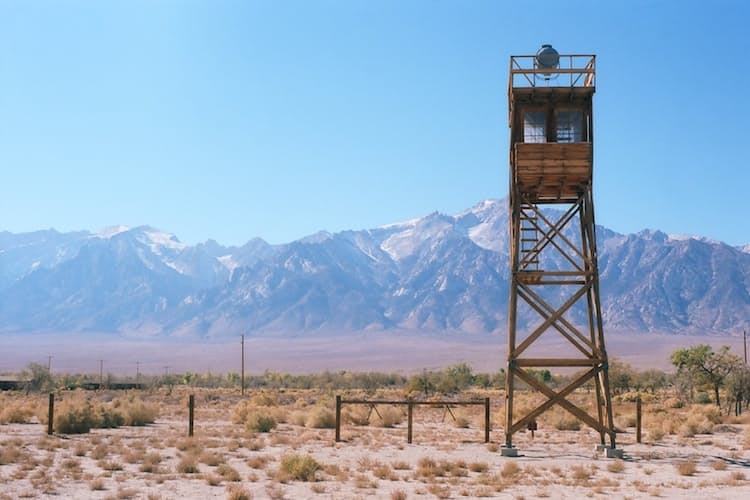 Chase Eckert is a freelance writer currently based in Chugiak, Alaska. Give him a follow here, on Instagram.

< The Realities of Living the Dream
18 Hours of Cocktails > 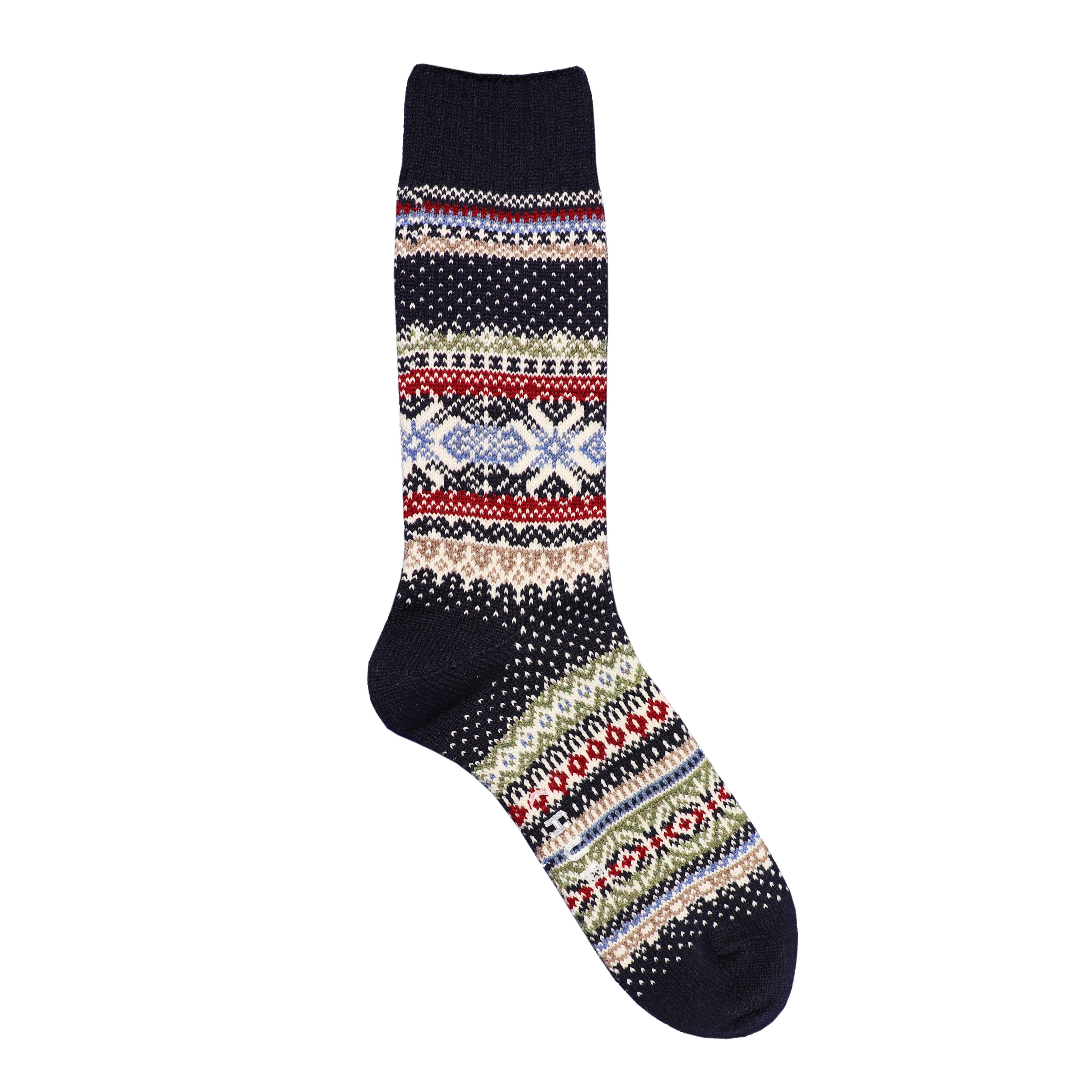