Spend a week with El Camino Travel and you'll meet more than your fair share of locals, expats, and fellow travelers

ravel is a funny, ever-evolving thing. At different times, across blurred borders and time zones, my travels have had the power to knock my feet out from under me or, sometimes more gently, prod me awake when I've felt myself starting to check out of my life. You can't count on too much when you're on the road — that's kind of the whole point, at least for me. But the one thing that's always stayed constant on my adventures? It's the people that matter the most.

During my eight days in Nicaragua with El Camino Travel, we rarely set foot onto the proverbial beaten path. From packed marketplaces to peaceful volcanic crater lakes, quiet treehouse bungalows to lung-busting surf lessons, there's plenty I could wax on about the country and my time there. New skills were learned (hello, cigar rolling); the landscape of Nicaragua, deep in dry season and starkly arid, was beautiful; the food was simple and fresh. But it was the people I was there with, both fellow travelers and locals met along the way, who will forever stand out the most. Say hello to a few. 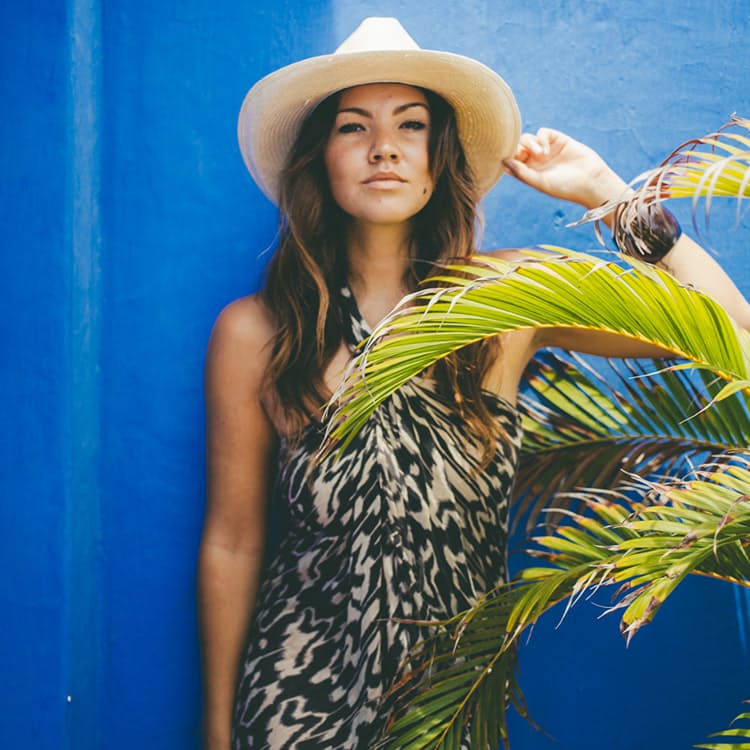 "Travel is my drug. When I don't do it, I go through withdrawals. When I do it, I feel alive. It's my fuel for my fire which lights the way of my creative path. Travel has become my lifestyle. It's a necessary and integral part of my life that feels as seamless as brushing my teeth." 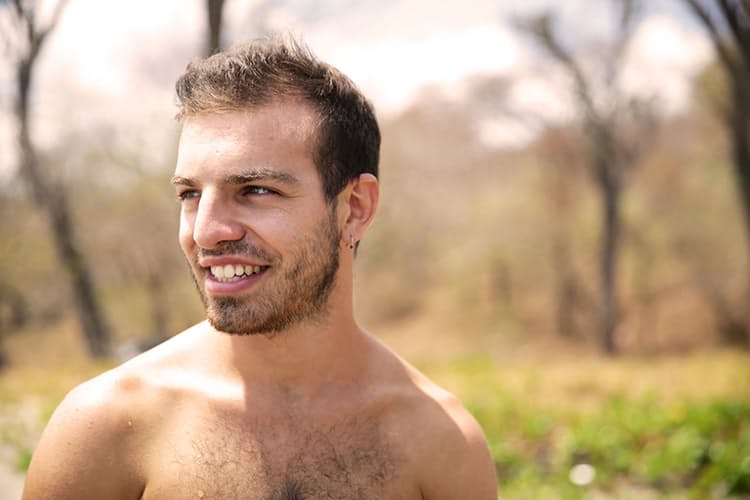 "I've been traveling for the past two years. I started in Argentina and then I went to Venezuela, Colombia, Panama, and Costa Rica. I've been in Nicaragua for two months, and next I'm going to Mexico. My dream is to make it to California." 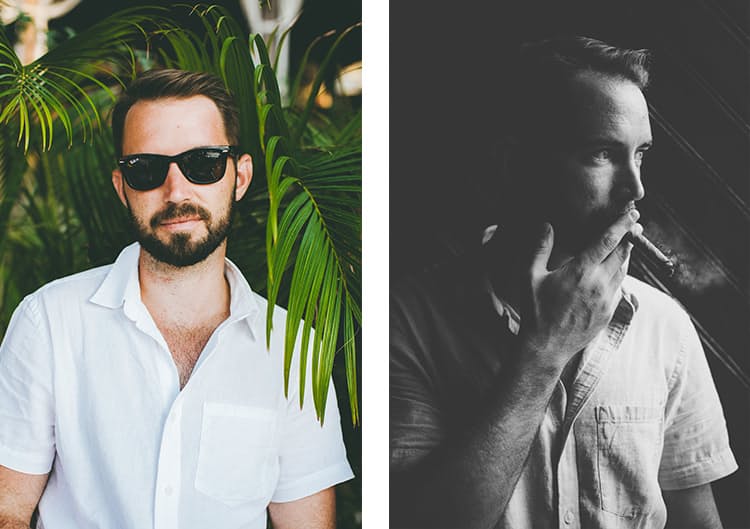 "After I joined the Army, 9/11 happened during basic training. My unit's job was to train soldiers to go into Iraq and Afghanistan — we dressed as insurgents and staged large-scale training sessions. I'd always been into filmmaking, so I had a little camera with me most of the time; I'd take the footage back to my room and edit it into these little videos set to music. Eventually the rest of the unit found out about them, and people started requesting them.

"Three years into the Army, it was my unit's turn to deploy to Iraq. But one lieutenant colonel — his nickname was Mad Max — had seen my films and two weeks before we deployed, he called me into his office and told me that he thought I was onto something. He was taking me out of this deployment, he said, and my new mission was to tell these soldiers' stories. He wanted me to find the best film school in the world and go to it. Two years later, in the same week I got my acceptance letter to the University of Southern California's film school and a letter from the Pentagon, recalling me to active duty. So I went to Iraq for twelve months, and then I came back to USC. Years after walking out of his office, I got to look up that lieutenant colonel's contact information and tell him, 'Mission accomplished.'" 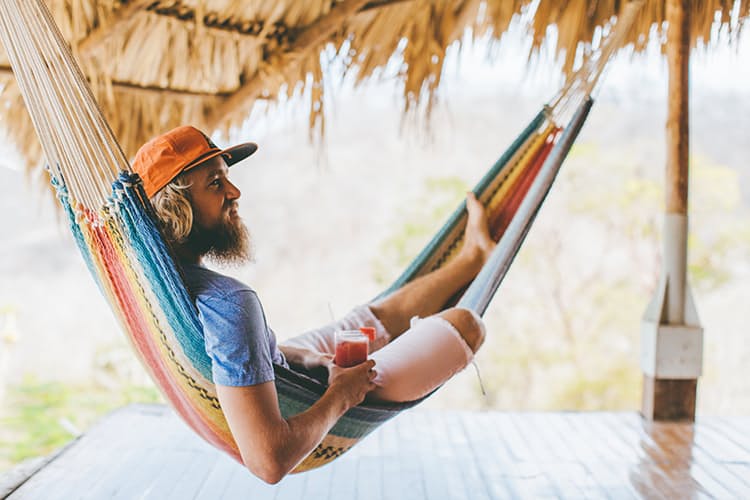 "Personally, I haven't really changed since I moved here from Toronto. My world views haven't changed. It's my perspective that's changed — what I think is important, like helping people come together and make connections. At Maderas I have the opportunity to always be meeting new people; I'm 32 years old, and I make five new friends a week. Not everyone can say that." 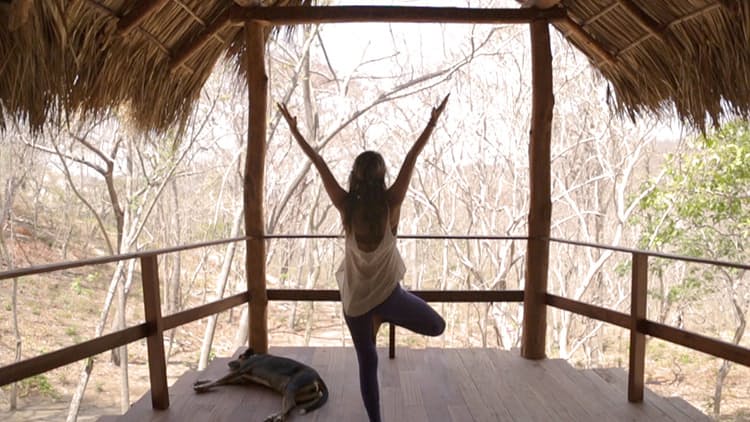 "I'm from Poland, and I've lived in San Juan del Sur for a little more than a year now, teaching yoga. When I started my practice, it was with Bikram yoga, then I moved onto Hatha, and then Vinyasa. I teach all the styles now. It really just depends on my mood." 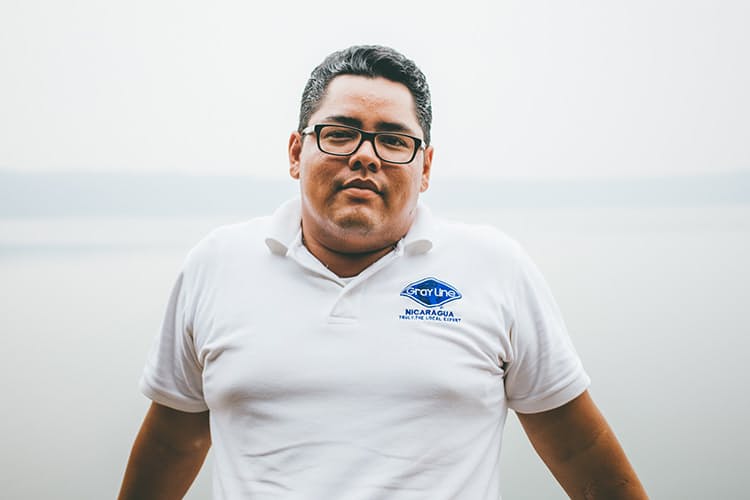 "A nurse or a teacher in Nicaragua makes about $200 a month. A doctor makes about $500 a month, and a lawyer or an engineer makes $1500 at most. Who makes the best salaries? Tour guides like myself. Sorry, that was a bad joke. It's really the politicians." 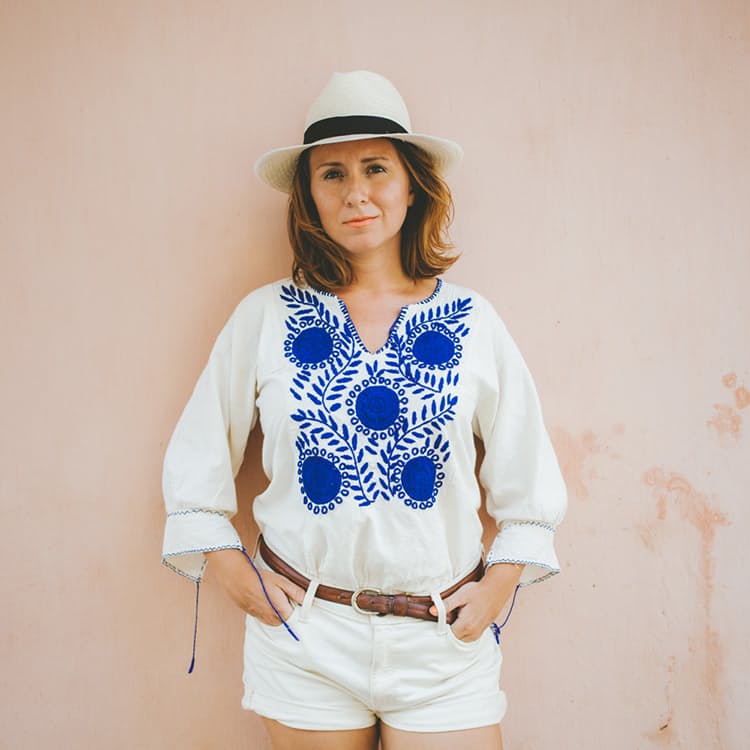 "We are always seeking the unexpected for our travelers. When we get wind of a location or experience that sounds extraordinary, we will chase it down, scout it  out, and if it makes sense for our brand, do whatever it takes to integrate it into the itinerary. We want our travelers to have experiences that the average tourist does not have access to or is unaware of. I love when our travelers tell us that they could have never done this trip on their own or known about these activities without us. When I hear that, I know we are doing our job right." 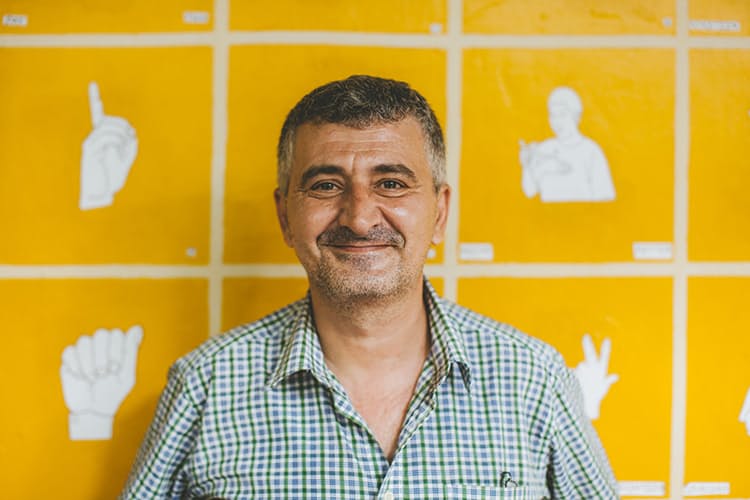 As told by Hector Prieto, General Manager, and translated by Byron

"The idea is to create consciosness in the businesses around here in Granada, to show them that people with handicaps can work just as well as people without. When Tio Antonio Hamacas opened, they weren't selling the best hammocks, but they noticed that the tourists were still buying them. But Tio Antonio didn't like that — he wanted there to be quality. So the center closed for a short time, and when they opened back up, they were making some of the best hammocks in Nicaragua — maybe even some of the best hammocks in the world. And they're all made by people who are deaf, blind, mute, and who come from the streets." 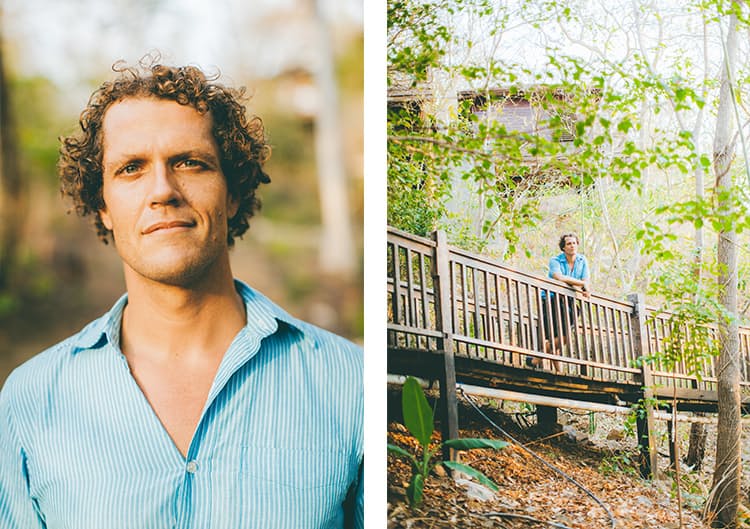 "Nicaraguan culture is all about treating people well, about respect. Our goal here is to be the leaders of sustainable hotels in the country — to build around and within the environment. We're all residents here, after all. We're not just here to make a buck and leave. I came to Nicaragua 12 years ago for a food security project and never left." 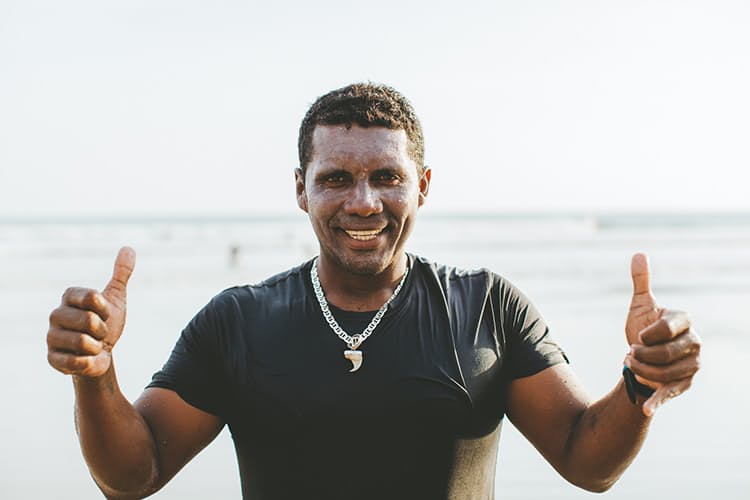 "I've been surfing for a long time. I surf lots of waves — four feet, five feet, ten feet tall. There's a big swell coming in, and next week we'll be having twelve-foot waves. You should really come back for more lessons."

Want to travel with El Camino? You're in luck — they've got three trips to Nicaragua coming up this year. Find out more and book here. [H]

Liv Combe loves having an excuse to ask people personal questions.
She's the Associate Editor at Huckberry in San Francisco.
Follow her on Twitter and Instagram.