A Guide to Monterey Car Week

Every year, automotive enthusiasts gather on the Monterey Bay Peninsula for a weeklong celebration of fine cars and the lifestyle they inspire. Huckberry's Director of Customer Experience, and resident car nut Ittai Geiger made the trip down for the weekend.

ituated 124 miles south of San Francisco is the Monterey Bay Peninsula. Every summer thousands of enthusiasts flock to the cypress-covered coast for one of the world’s most prestigious automobile gatherings on the planet: Monterey Car Week. 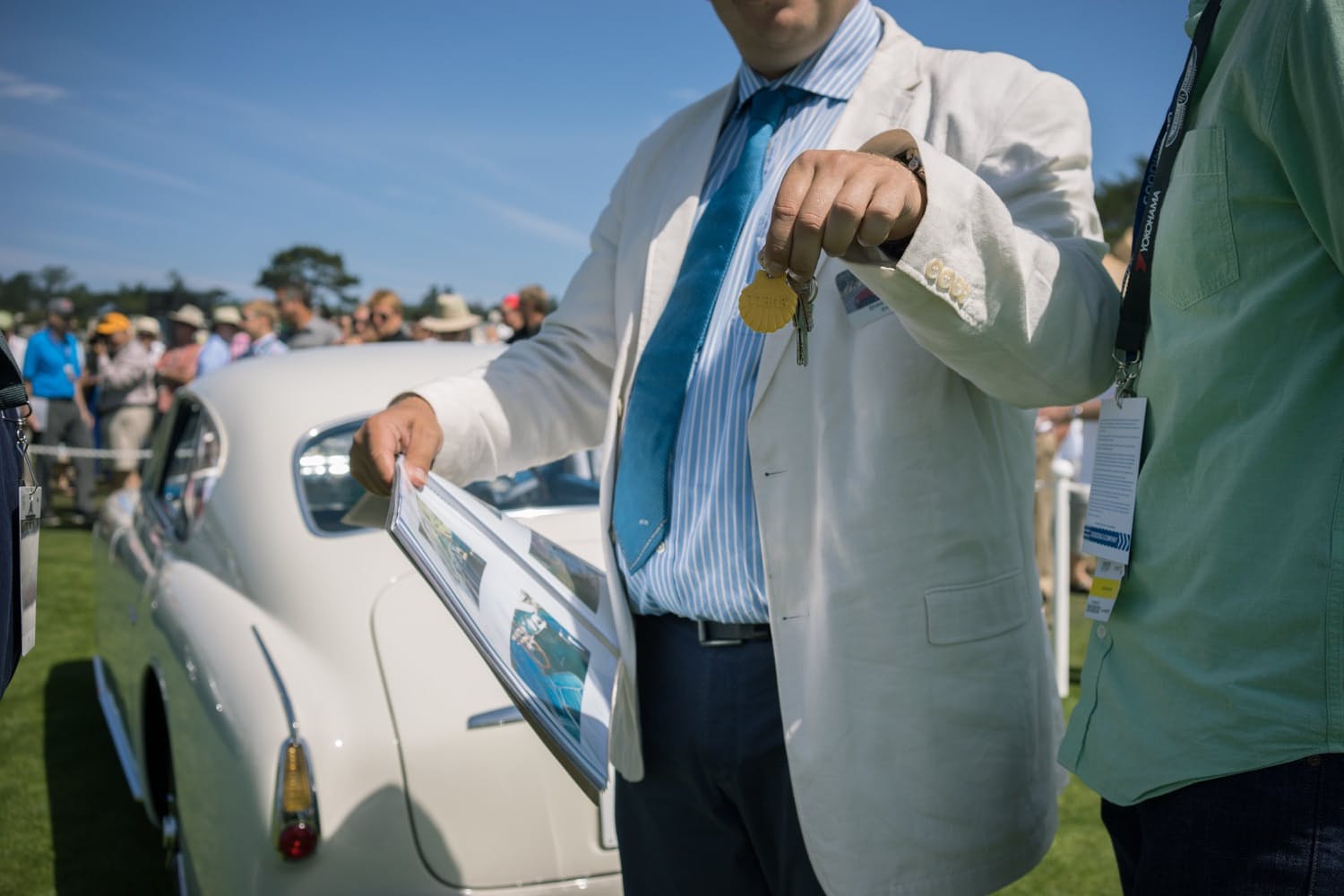 If you are lucky enough to be in town, you’ll be exposed to some of the most legendary, storied vehicles in existence. Like the Mercedes-Benz W196R Grand Prix racecar that won every race of the 1955 Formula 1 season except one, or the 1905 Pierce Great Arrow that won the Glidden Trophy, an 1,100 mile endurance run from New York City to New Hampshire in 1905. Dream machines. Time capsules of human ingenuity, perseverance, and unmistakable passion. 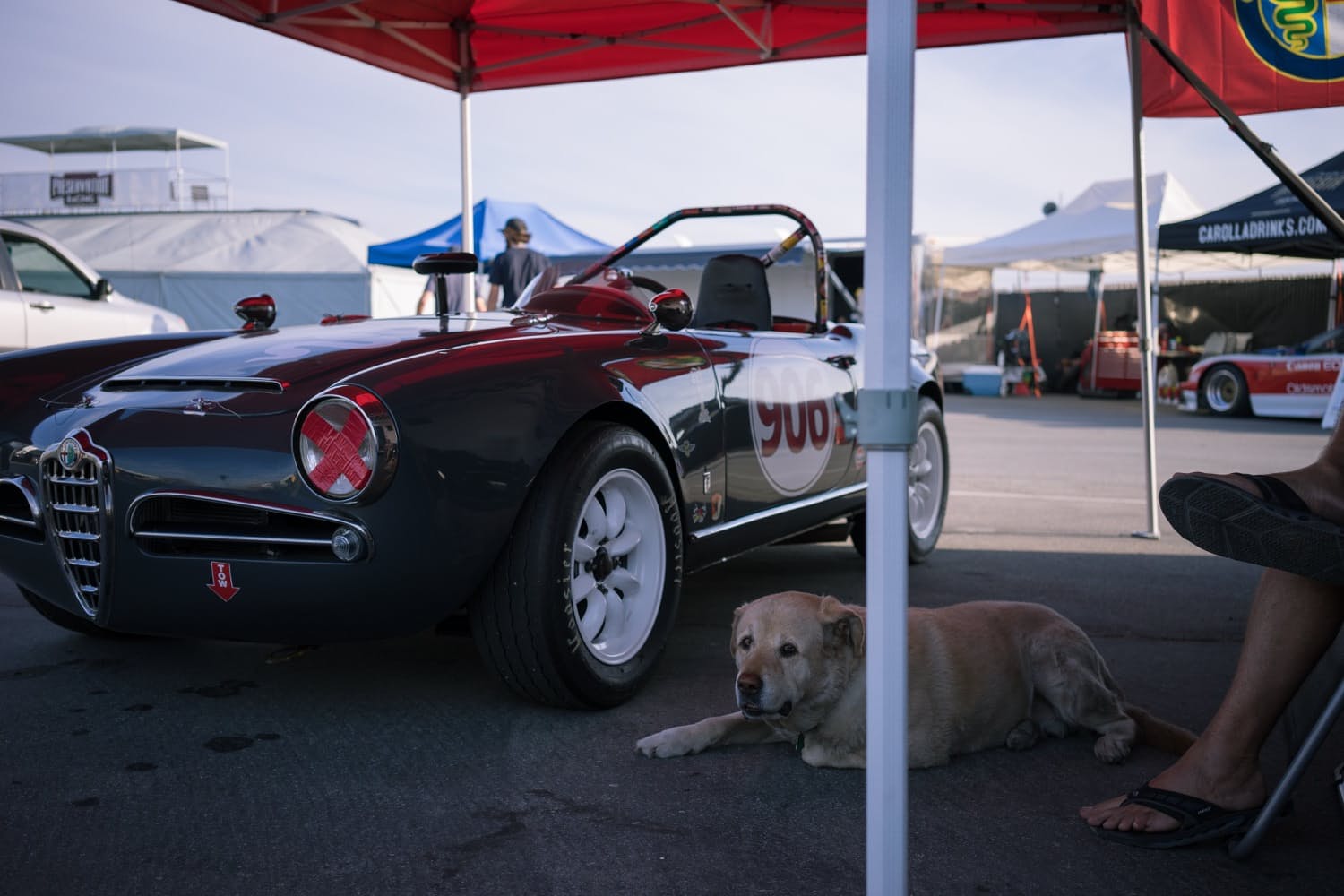 Driving in for the week, you realize very quickly the world around you has changed. The Toyota Prius has officially become the minority. Half million dollar Porsche Singers are not an uncommon find at the local breakfast house. 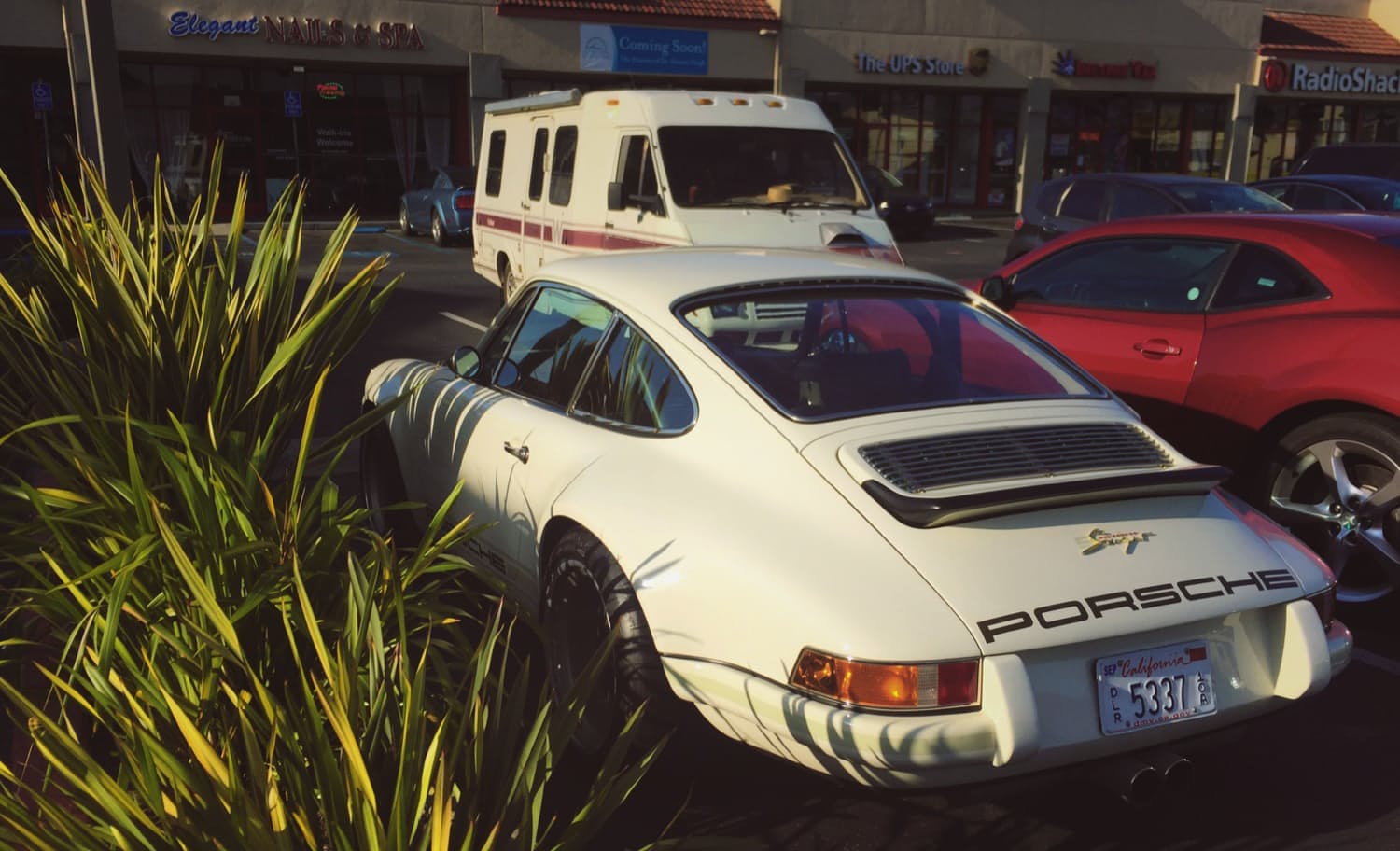 Over seven days, there are a plethora of car shows honoring the past, present and future, from the Concorso Italiano — a show where passion is the only word that comes to mind — to the Gooding & Co auction, an auction of the best of the best. 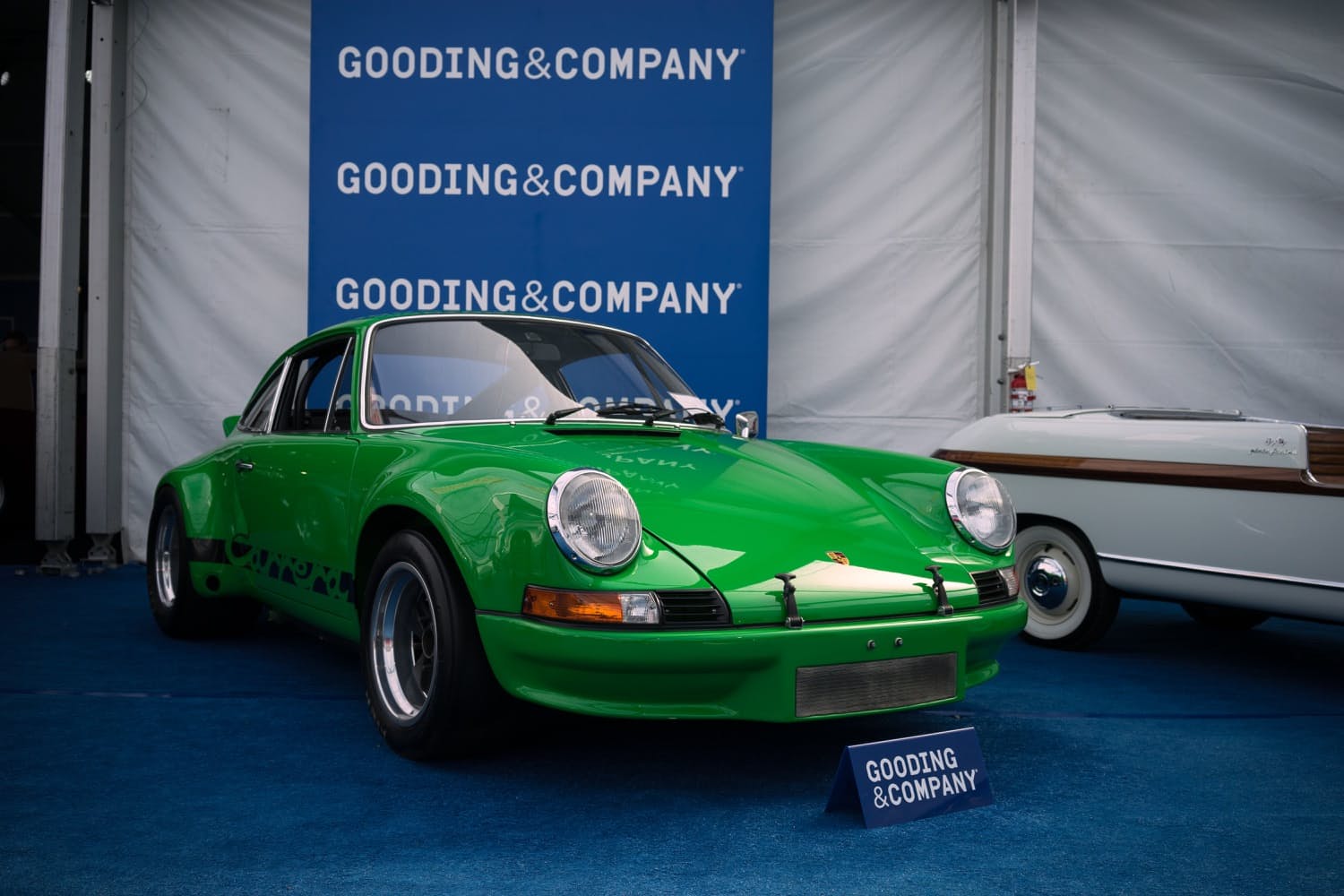 We decided to attend what are to be considered the crown jewels of the week:

Saturday: The Rolex Monterey Motorsports Reunion at Laguna Seca — A race event hosted to showcase the racecars of yesterday in true form: On the track and flat out. (Ear plugs are highly recommended.)

Sunday: The Pebble Beach Concours d’Elegance — Since 1950, this Concours has been one of the most prestigious in the world. Concours d’Elegance translates to “competition of elegance”, where vehicles are judged on their historical accuracy, technical merit, and style.

Bonus: The Gooding & Co. Auction — Featuring some of the most expensive cars in the world, this is the official auction of Pebble Beach. (Admission, however, is extra.) 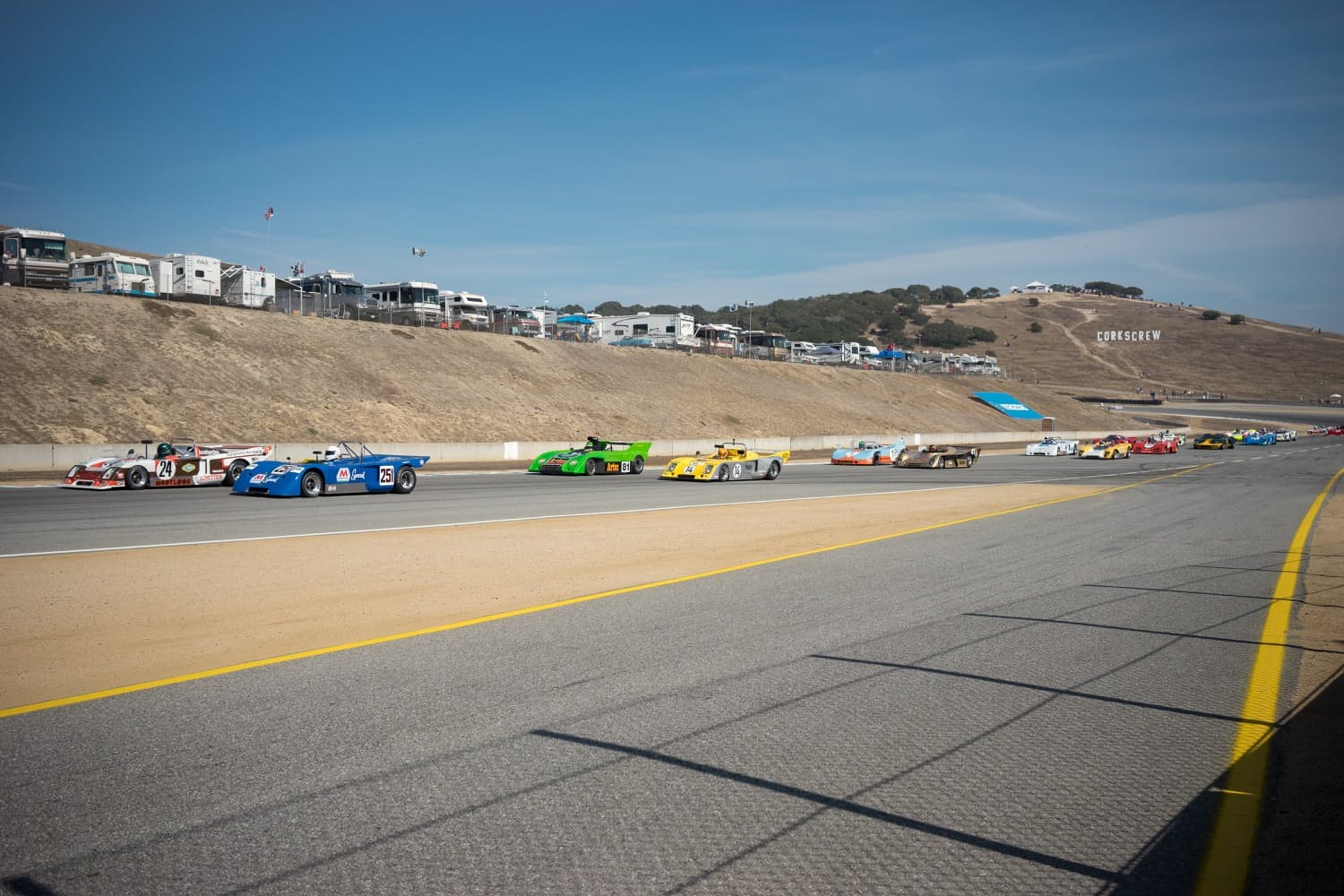 Saturday starts with the roar of V8 engines blasting through steel pipes from the 1967 Shelby GT350’s that blow past us at the entrance of the track, overlooking the start/finish line. We made it! “Eleven corners of pure adrenaline, 2.238 miles of speed, and the Corkscrew.” Ah yes, the Corkscrew! One of motorsport's most challenging corners, where boys become men, and men become legends. 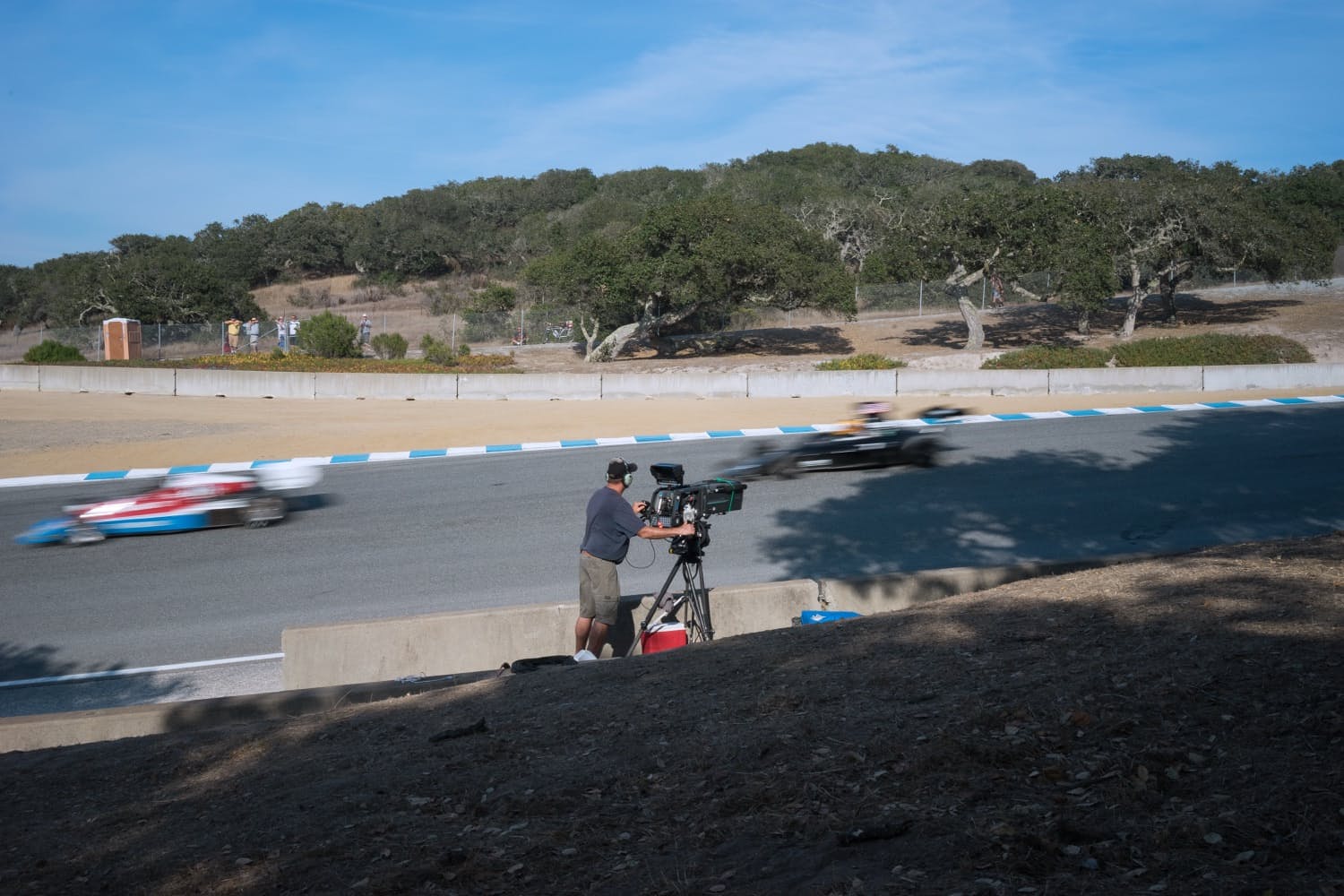 Glancing at the schedule, it’s packed, with thoroughbred machines ready to reclaim their honor. Early 20th century race cars, the first of their kind, hit the track with puffs of smoke billowing from 100-year-old clanking motors, showing the young guns what racing is all about. Meanwhile, Fifties and Sixties rock stars prep themselves for their chance to flash their muscle. 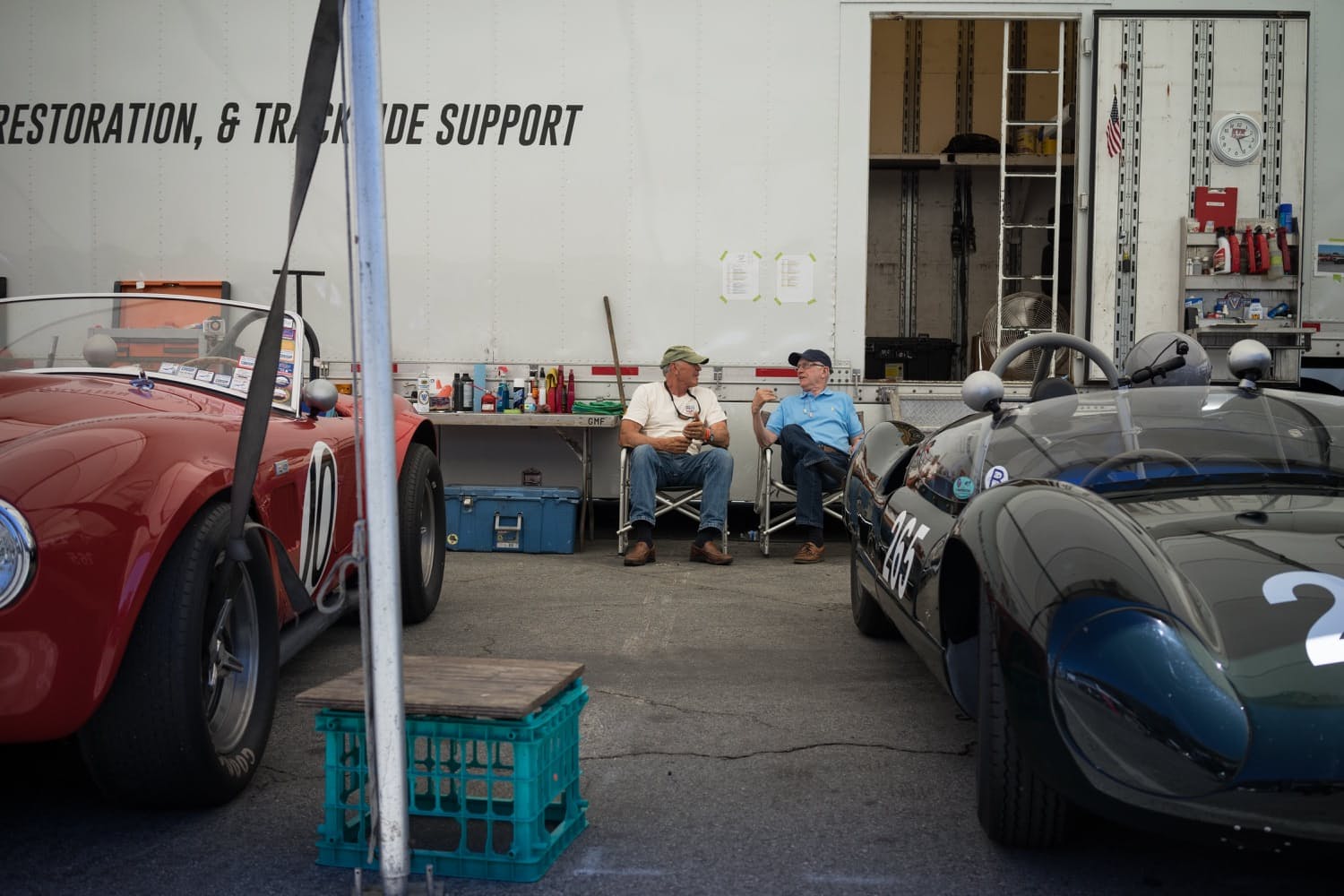 Let’s be clear here: Although these vehicles are priceless artifacts, they were born to race and that’s exactly what they did. Wheel-to-wheel into Turn 9, one of the many sections of the track where passing is nothing less than ballsy, the purebred racers echoed their anthem through the golden California hills. 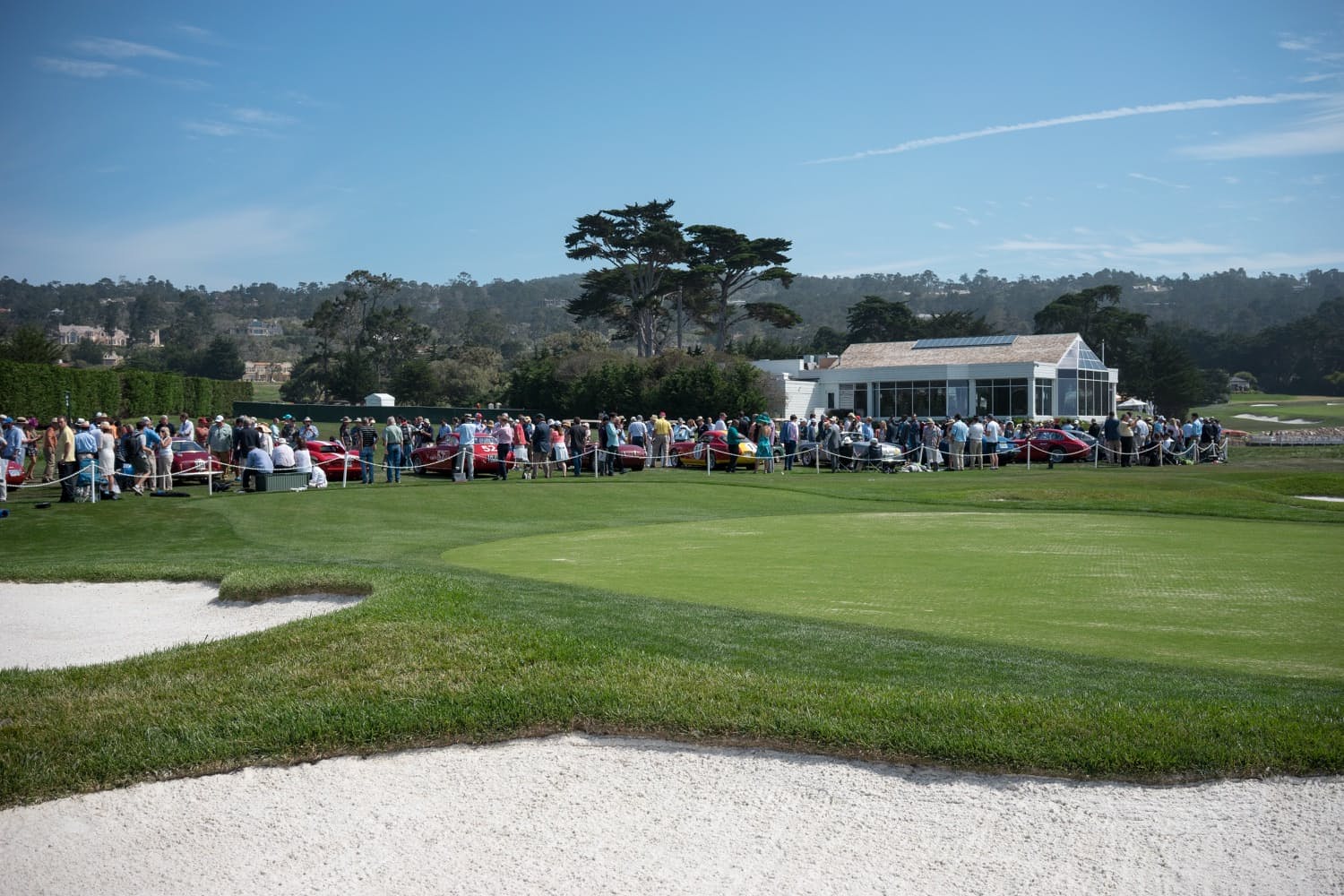 As we enter the gated community of Pebble Beach, the traffic ahead began to build up with yacht sized Rolls-Royce Phantoms, highly modified Ferrari 458 Italias, crayola colored Lamborghini Murcielagos and fleets of 253 mile-per-hour Bugatti Veyrons. We zipped past million dollar mansions in my modest 1995 Miata (a classic in it’s own right I’ll have you know), and a driveway lined with three Mclaren P1’s catches my eye. Only 375 P1’s were produced, finding one is a pretty magical moment, never mind three. Clearly the tone has been set as we cruise 17 Mile Drive. 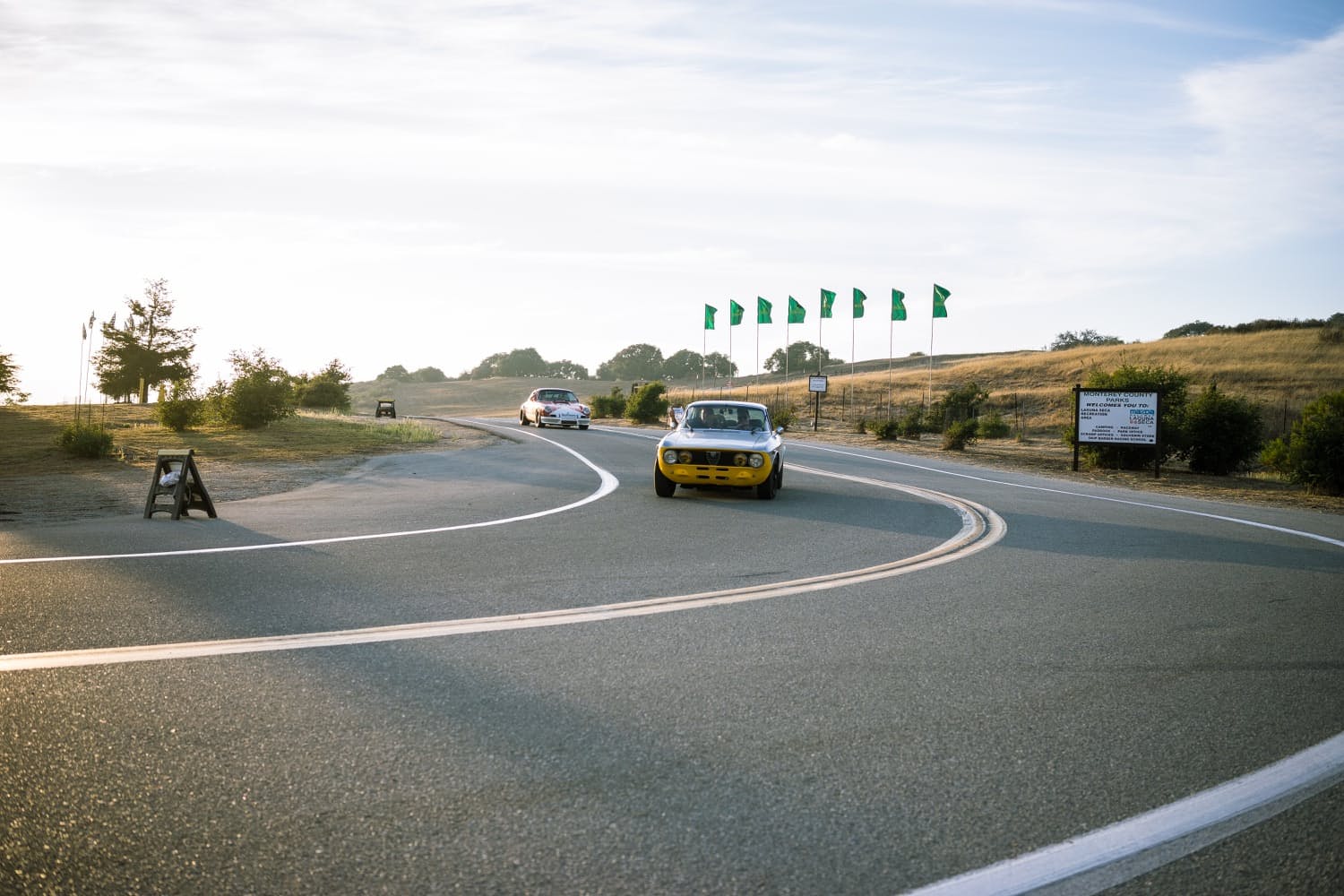 We make our way onto the glorious 18th fairway of the Pebble Beach Golf Links. You’ll find yourself bumping elbows with notable car fanatics like Jay Leno and Jerry Seinfeld and if you’re lucky you might get the chance to meet racing titans like three-time F1 world champ Sir Jackie Stewart or Sir Stirling Moss — known for his record smashing win of the 1955 Mille Miglia. 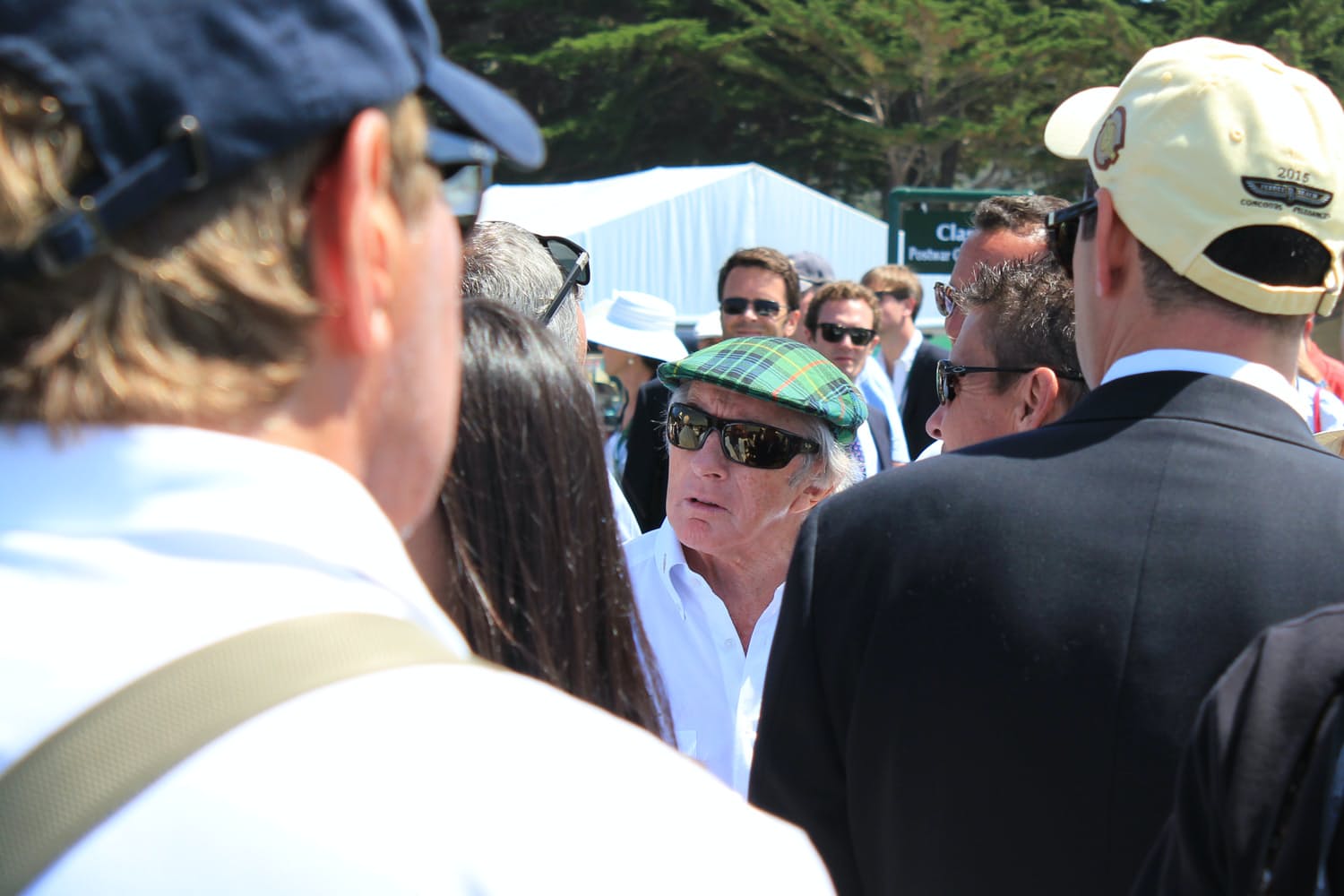 The Concours is not a race, but it’s still a competition. Instead of fastest lap, they’re shooting for Best of Show. 7 rows, 29 classes, over 200 automobiles.

The judges hover over the cars inspecting every tiny nuance. In the past cars like Ralph Lauren’s $40 million 1938 Bugatti Type 57SC Atlantic have been crowned champion. This year a 1924 Isotta Fraschini Tipo 8A F took top honor, another notch in the belt for a vehicle that won the 1933 Grand-Prix d'Honneur in Cannes, France. 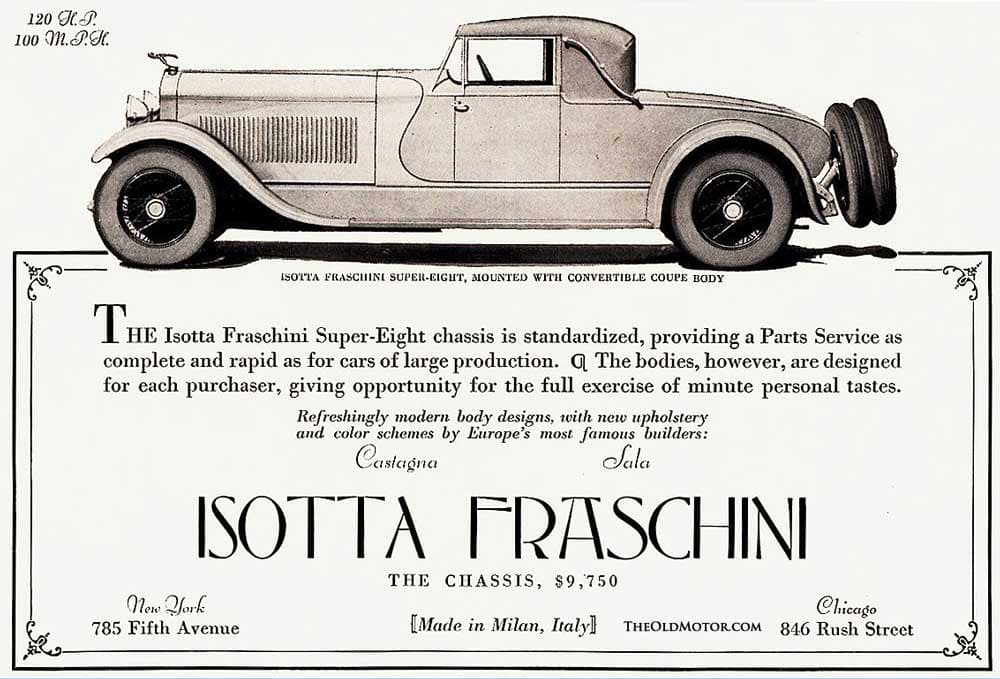 We got up close and personal with an all original 1950 Ferrari Inter 195 Ghia Coupe. Right hand drive, custom coach built, V-12. One of only 6 ever built, it was exhibited at the Turin Motor Show in 1950. It sat unrestored for nearly 30 years without it’s original motor, passing ownership several times until it’s 2nd to last owner purchased both the car and matching motor separately in 2001. A true Italian love story. 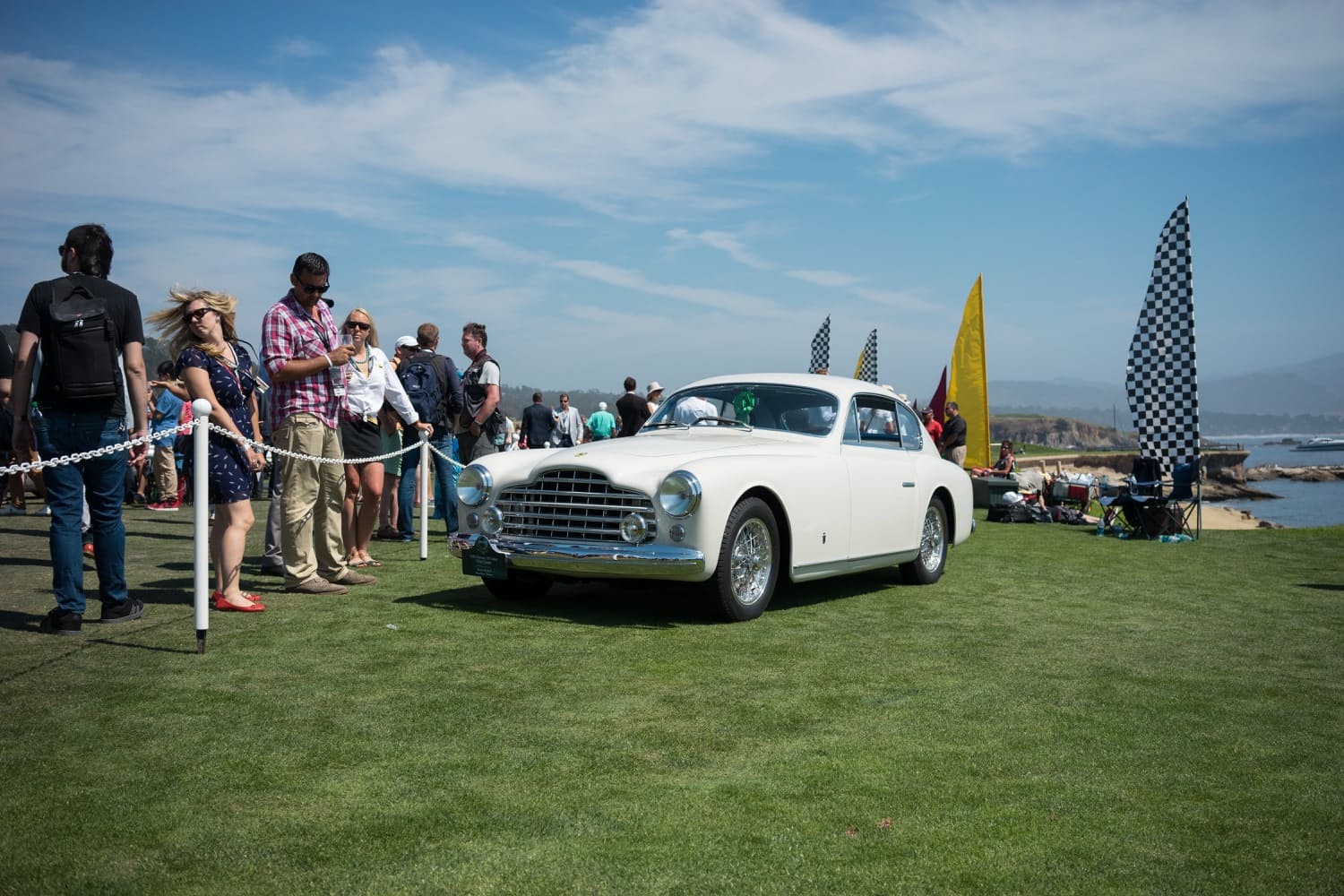 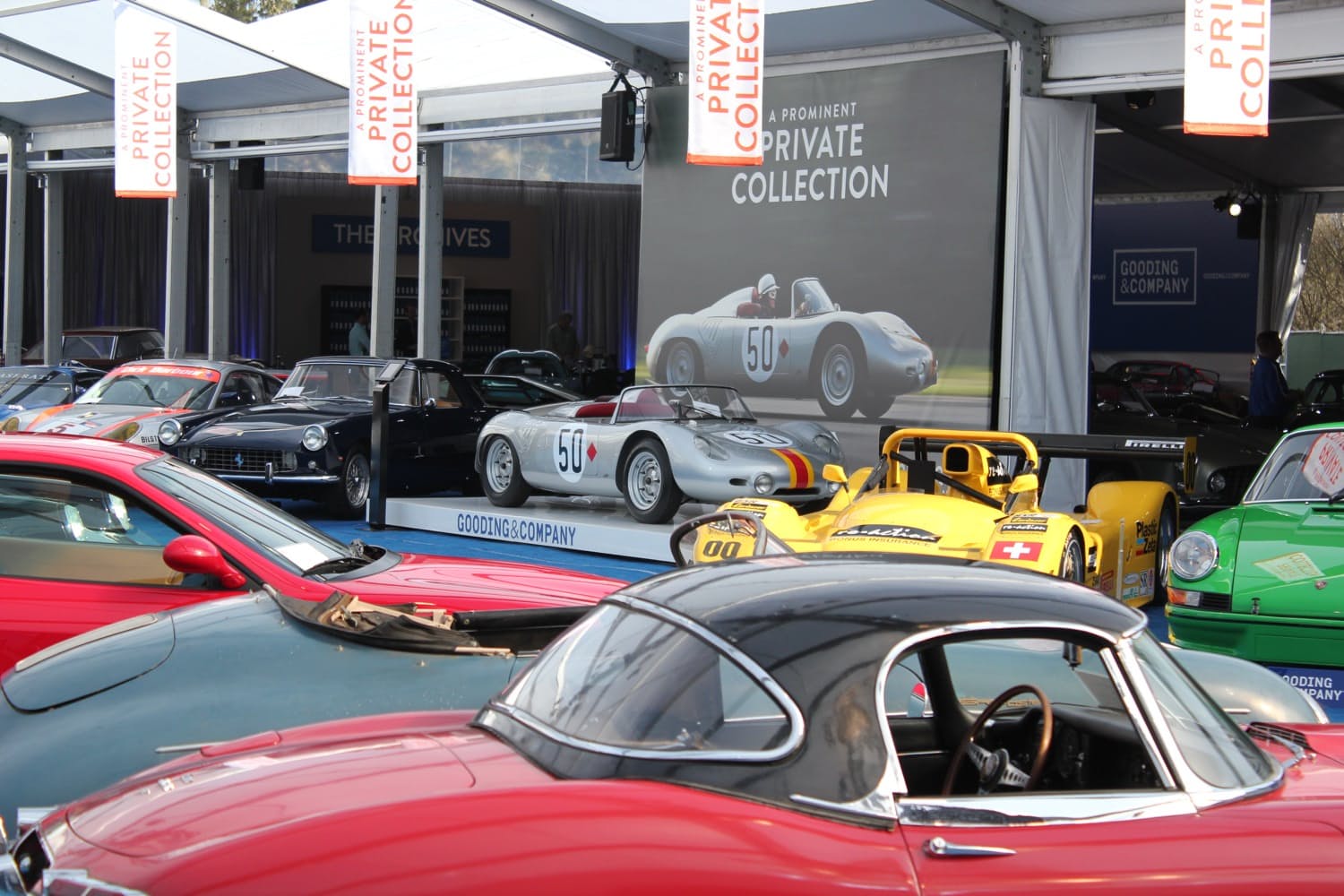 Some attendees were on the prowl for something special to add to their private collection. The best place to do that is at the Gooding & Co. auction. We got special access, as it’s not an event open to the public and found ourselves drooling over some remarkable equipment. I personally had my eye on a 1960 Porsche 718 RS60. It’s the last of only four built, and was raced by some of the greatest racing drivers of all time, including Sir Stirling Moss, Graham Hill, and American racing legend Dan Gurney. Too bad it sold for $5.4 million. Maybe next time. 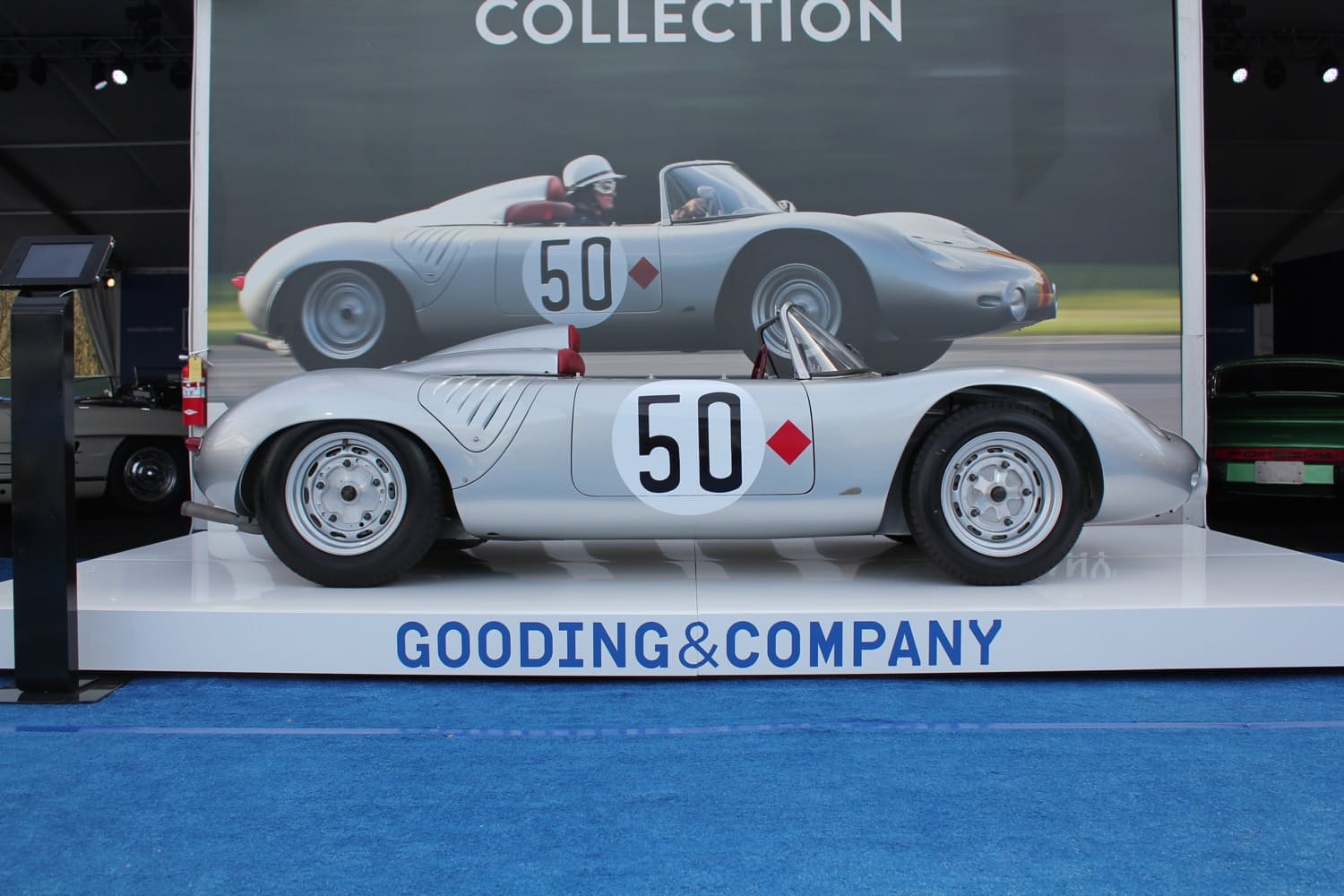 Whether you’re into immaculately restored, gazillion dollar Ferrari 250 GT’s or rusted out Maserati A6G 2000 Gran Sport Frua barn finds, there’s a little bit of everything for everyone at Monterey Car Week.

Where to park
Park on the coast of 17 Mile Drive. It’s a few miles away, so you get a chance to check out the amazing view, there are tons of spots and a shuttle system brings you right to the entrance.

What to wear
Layers, layers, layers! The weather can fluctuate by 15 degrees at any time. Usually it’s overcast and misty in the morning, with the sun breaking through in the afternoon. The sun was also an excited attendee this year and decided to add a nice tone to my forehead. Sunscreen would have been a good call. 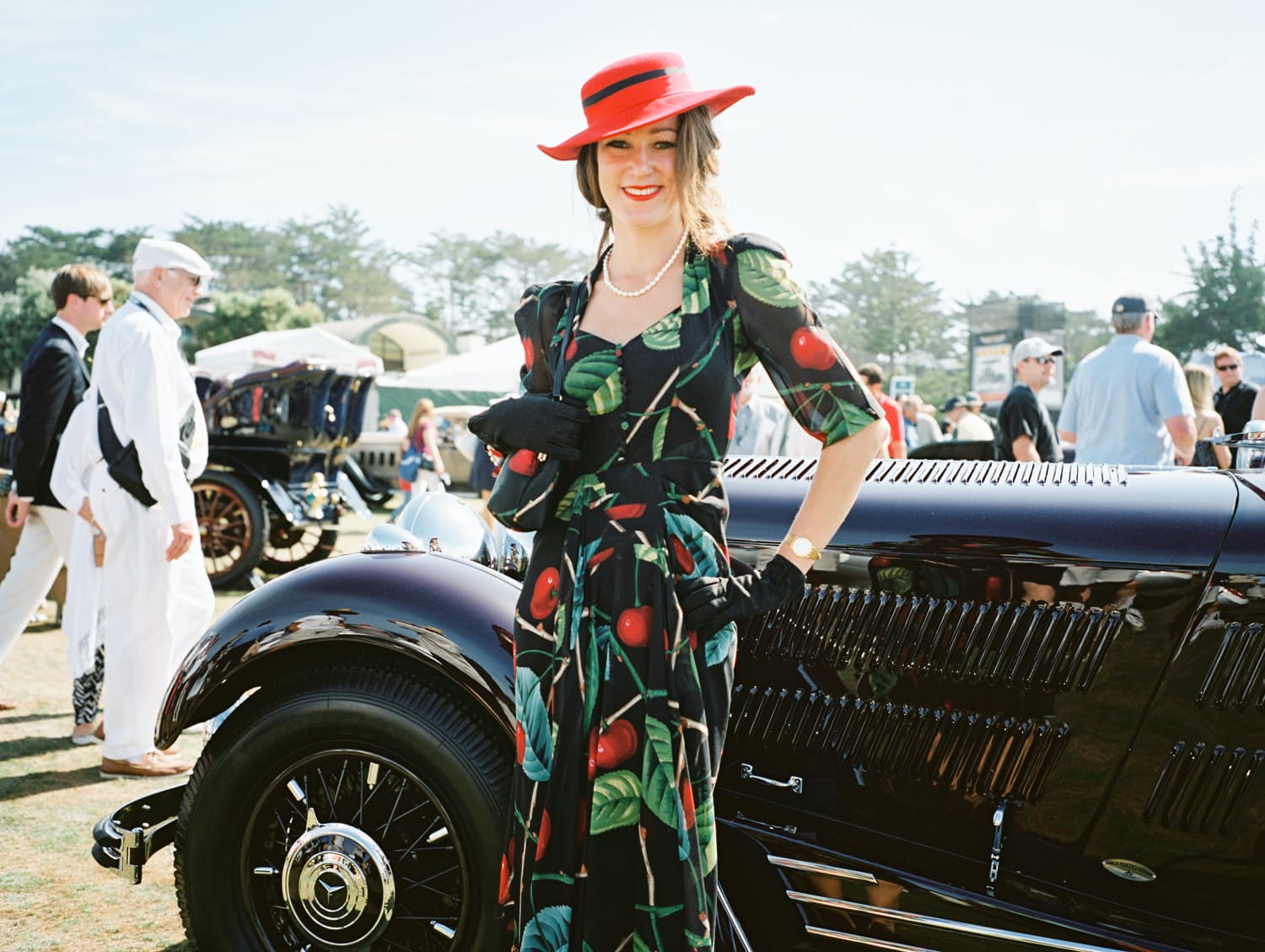 Best place to stay
Booking AirBnb months in advance is the best option. We dropped $400 on the Comfort Inn for one night. Not ideal pricing, but it meant we had a place to sleep.

Best place to eat
Pebble Beach is home to the upper class. Naturally there are some high end, pricey restaurants that you could treat yourself to, but my favorite spot is the Pebble Beach Market right across from the entrance to the Concours. Get there before 12pm, because the line this year was longer than usual.

Best roads to drive
Avoid Highway 17 if you can, it’s a nightmare with traffic. If you are looking for something super scenic to cruise, don’t ignore 17 Mile Drive (not the same as Highway 17)

Ittai Geiger is Director of Customer Experience at Huckberry and is a burrito crusher and car nut.
When he's not adventuring on his motorcycle, you can find him at the local Kart track.
Follow him on Instagram.