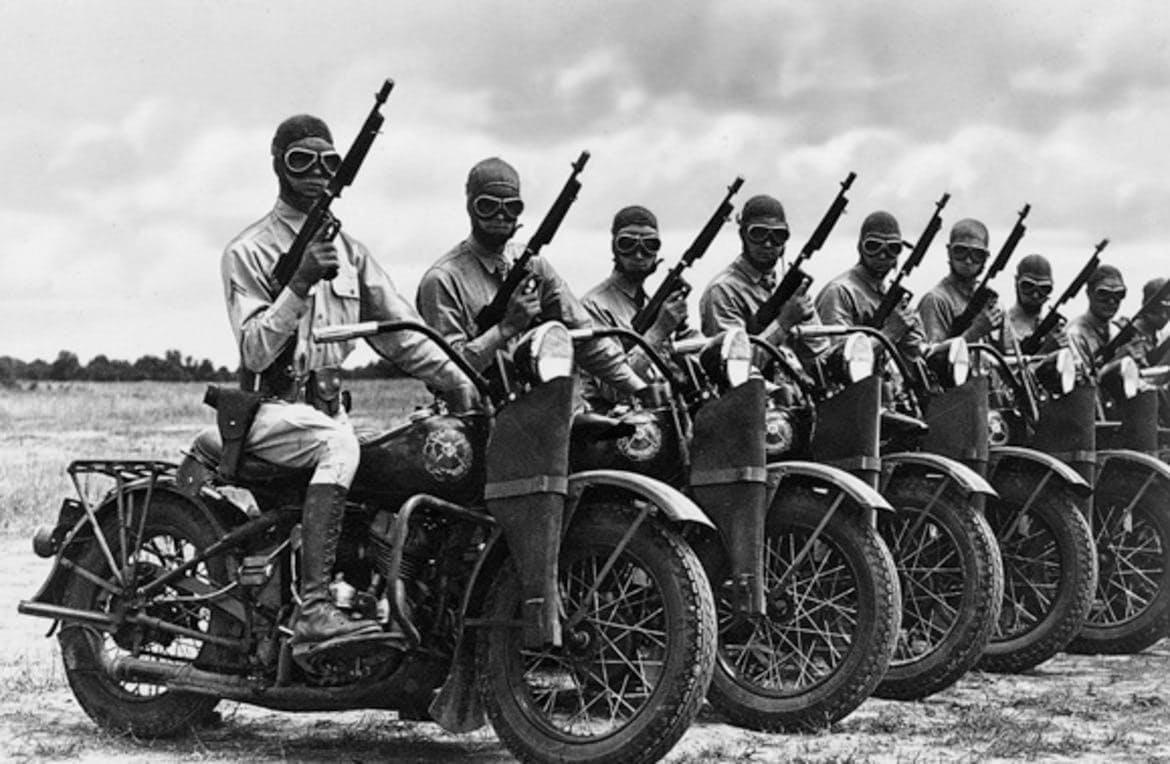 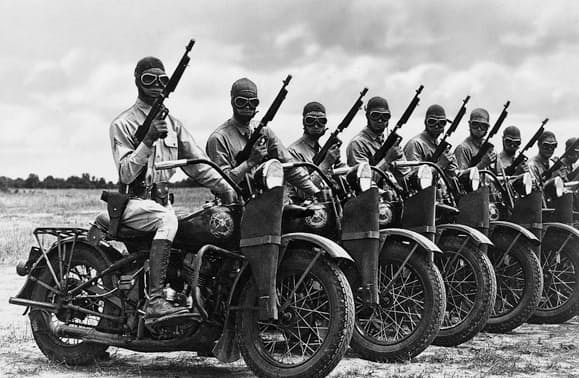 Few things are as American as Harley Davidson—the V-twin engine’s roar, a coast to coast ride on two wheels, a bike as audacious as its rider.

It’s been 110 years since neighbors William Harley and Arthur Davidson founded the legendary company, during which there have been sixteen US Presidents, two World Wars and a Great Depression. And Harley has ridden through them all. 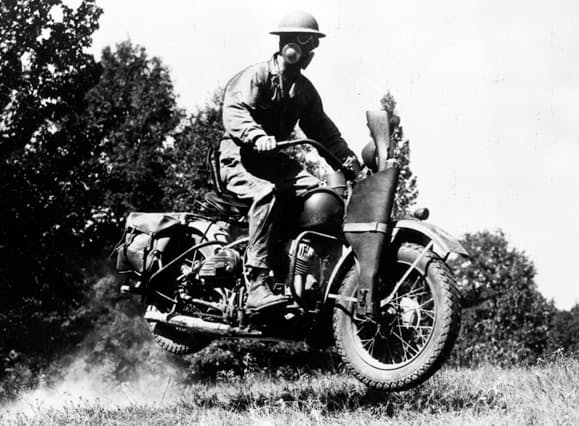 While Jeeps might be more synonymous with their military heritage, Harley also has an interesting story to tell. So let’s head back to 1916, when the US Military was chasing an elusive Pancho Villa.

Villa rode around on an Indian Motorcycle, and his mobility made him tough to capture. So, the army commissioned thirty-five Harley Davidson motorcycles, some armed with machine guns in the sidecar. 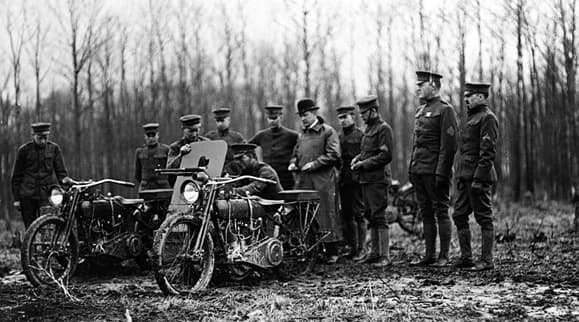 While it wasn’t Harley’s that eventually caught Villa, the machines proved their worth in the campaign, and the Army began ordering Harley’s by the hundreds.

In 1918, with World War I well underway, almost half of Harley’s sold went to the war effort. And, notably, on November 12, with the ink still drying on the armistice, Ray Holtz becomes the first American to enter a peaceful Germany—riding on a Harley, of course. 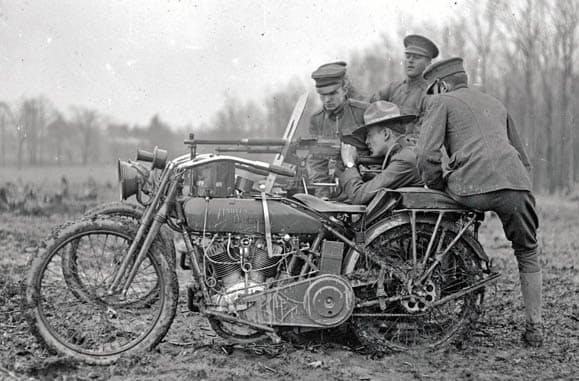 During WWII, more than 90,000 WLA motorcycles were produced for the US and another 20,000 for the Canadians (civilian Harley production was almost entirely suspended). Adapted from the existing WL civilian bike (with the “A” standing for America in the militarized version), modifications were made to enhance performance on the battlefield.

A heavy-duty carrying rack was placed in the rear to support an ammo box or two radios, blackout lights were added to reduce the bike’s nighttime visibility and the bike was reengineered to ford up to 16 inches of water without stalling. 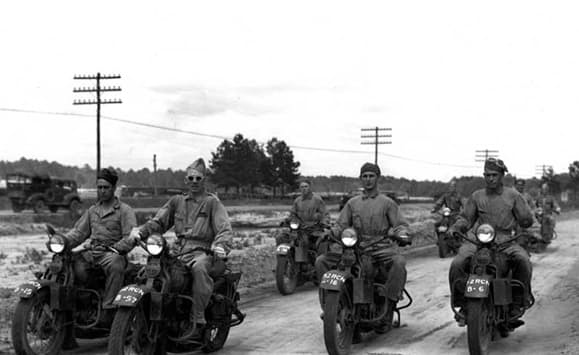 And what happened to all the bikes after the war? Ex-servicemen began snatching up surplus WLA’s and customizing the bikes. They reduced weight by removing or shortening the fender, and made adaptations to fit their personal use.

In a few years time, these customized bikes created the chopper culture, and led to the rise of Harley Davidson’s huge civilian popularity. 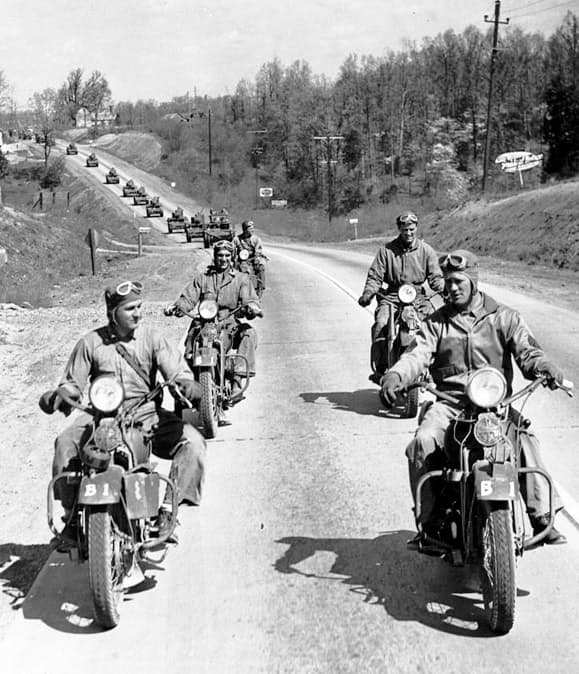 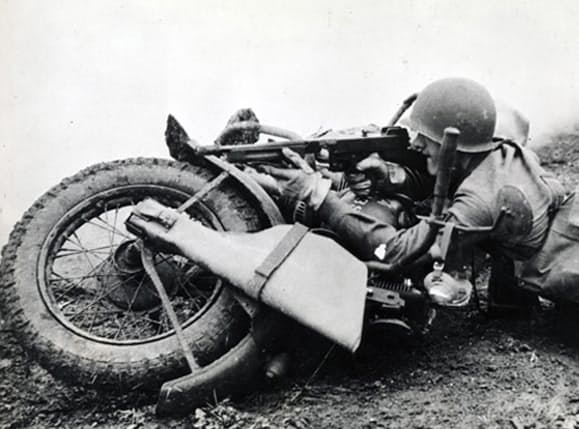 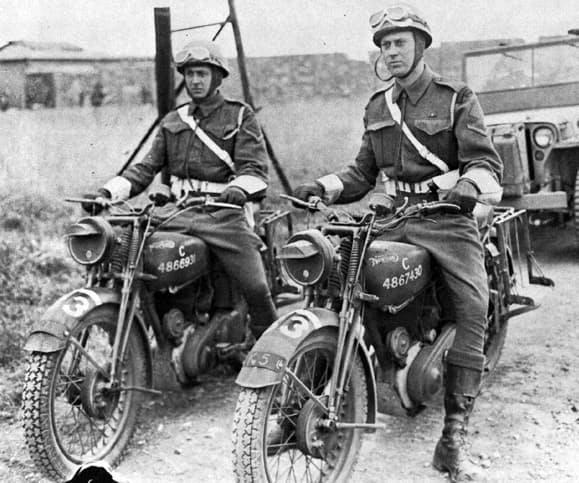 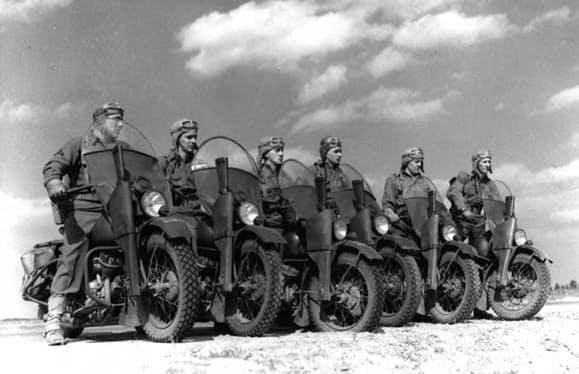 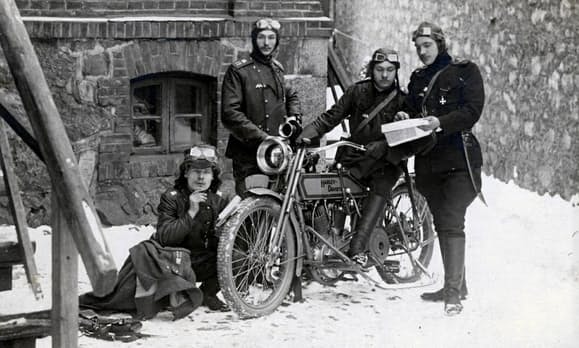 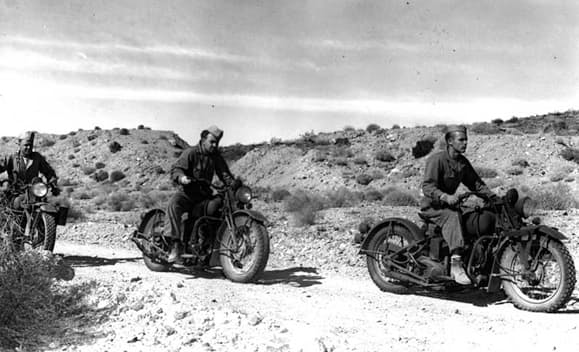 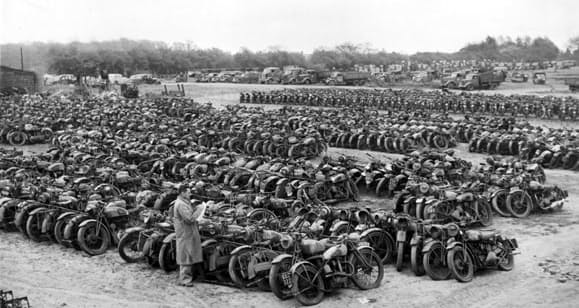 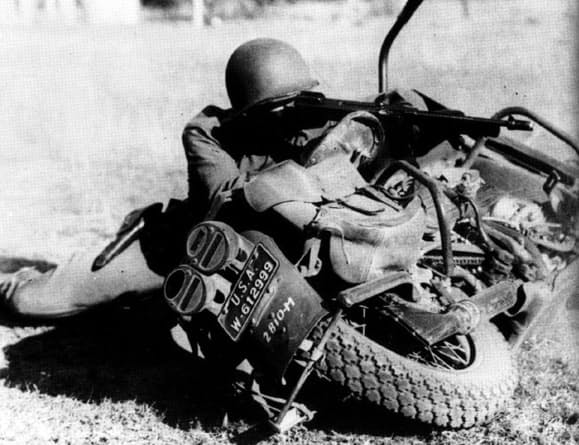 For more, visit Silodrome and the Harley Davidson Archives.

< AND THEN THERE WAS KLING
THE NEW OLE FISHING HOLE >