We head out into the Colorado backcountry with Instagram's most famous husky
March 10, 2016Words by Kelsey BoytePhotos by Boyte Creative

When Kelly Lund adopted Loki in 2012, he had no idea that the life and love he shared with this husky/arctic wolf/malamute mix would lead to full-blown Instagram stardom. What began as a personal mission to enter Loki's canine world and give him the life he was meant to enjoy outside quickly somersaulted into an international movement to experience the world with man's best friend.

Don’t let the monolithic numbers backing @Loki_the_Wolfdog fool you – Kelly’s got no pretense about him. A consummate good guy, Kelly above all cherishes the unplanned opportunity to inspire others to get out, make memories, and share in community in a whole new way.

In the past two years, Loki and Kelly have experienced most of the Western United States side by side. A highlight of this past summer was a trip to the Moki Dugway, Muley Point, and Valley of the Gods in southwestern Utah, where Kelly describes finding “incredible views, sparse crowds, and remote unmarked Native American art to find on old dirt roads.” In Colorado, they hit up Flattop Wilderness in September for the season of chartreuse aspens and freedom camping without the crowds. Appropriately, Kelly and Loki’s next great frontier is Alaska in 2016.

Like the rest of the world, Kelly shares the best of their life together on Instagram. When they’re not hunting fresh pow, Kelly holds down a full-time job working in Outdoor Recreation – which ironically involves more desk/computer time than you might think. Despite Loki’s propensity for mischief (in the early days Loki was a master escape artist, making frequent acquaintance with Denver animal control), they make it work. Loki is by his side most days at the office and hangs out in the truck when meetings or appointments aren’t so dog-friendly. Daily bike runs around Denver keep Loki happy and healthy before they’re off again looking for fresh air and wild spaces.

Some quests for big mountain turns are more wild than the rest, and the stoic photos you’ll fanboy over don’t share half the story. For instance:

“Just yesterday, we were backcountry snowboarding in Steamboat Springs," says Kelly. "We used a large cargo sled to pull Loki in behind a snowmobile. I rode in the sled with him. The snowmobile kicked up so much snow during the 30-minute ride that the entire sled filled with snow and created a packed mold around us. When we got to the destination, I told Loki to hop up because he was on top of me in the sled, but the snow was so packed around us that he couldn’t move. It took some serious nudging to get him to break the mold and get us both out. Loki shook off and was totally fine; meanwhile I stayed soaking wet and freezing the entire day.”

The friendship they so clearly have with one another, what some people would term 'just a pet,' is truly wonderful.

Another element to the real deal with Kelly and Loki? Comrades and partners along for support, safety, and – of course – fun. Nate Grimm joined us at Peter Rabbit Hut on Berthoud Pass, Colorado to film this short video. Nate has known Kelly since college; in fact, he was his RA senior year. He’s been along for the ride since Loki was a pup, and provides a palpable, grounding energy for Loki amidst the media roller coaster his likeness has inevitably inspired. Here’s Nate’s take:

“I liken Loki to one of those friends we all have who doesn't do surface-level friendships well, but has his core group of relationships that he goes really deep with. He's not super comfortable in crowds and takes a while to open up to people, but if you spend the time to love on him and go on an adventure or two, you've got a friend for life. I think that's one thing that has made Kelly, Loki, and myself a great team as we've experienced the backcountry. He's comfortable with us and there's a trust that been built up over a long time that creates the richness and synergy.

"For the most part, I try and just stay out of the way of Loki and Kelly, because I love capturing the candid part of their relationship. In my opinion, that is what's really inspiring and what makes the whole 'Loki experience' so captivating. The friendship they so clearly have with one another, what some people would term 'just a pet,' is truly wonderful.”

Loki’s hybrid breed mix requires an extreme amount of socialization and exercise. Kelly urges fans to carefully consider the lifestyle requisite for adopting a Loki doppelganger. If you’re curious if a canine pal is the next step in upping your adventure game, the answer from Kelly (and me) is a resounding YES. Kelly is emphatic: “There is no better way to experience the world than with a dog. Not only has Loki pushed me to the outer limits of wilderness and beauty, but he’s pushed me to the outer limits of my heart, too. It’s really hard to describe.” 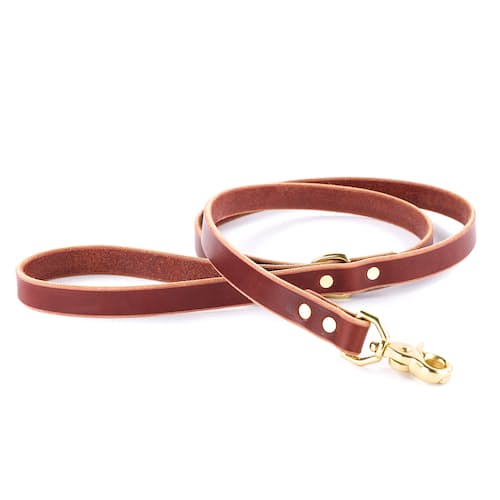 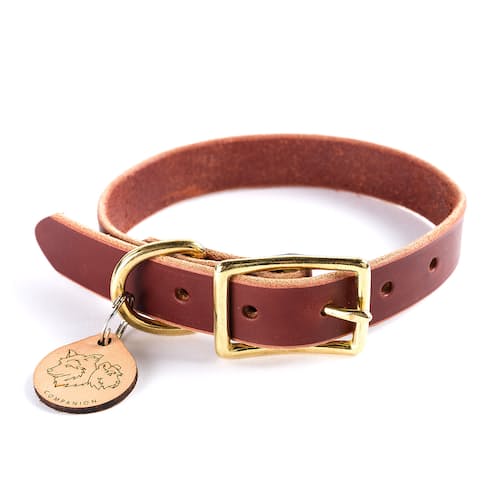 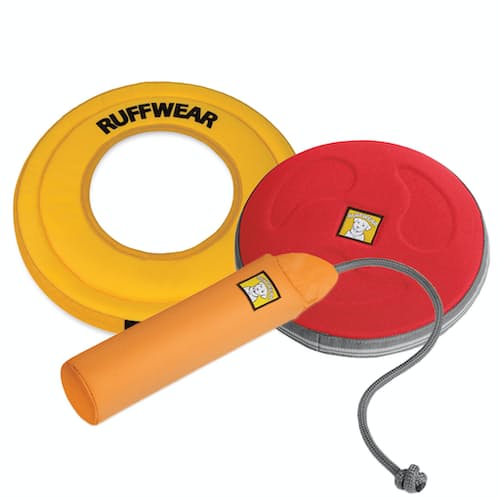 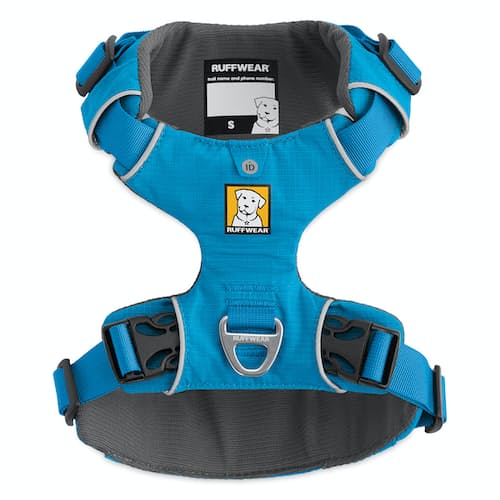 No shade to breeders, but according to the ASPCA, 7.6 million companion animals enter animal shelters every year looking for safe forever homes. Visit the ASPCA or Humane Society to meet and bring home your next ride-or-die.

Once they’re home, take it slow. Breeds like Loki’s are born to run all day long. My bae Tilly, on the other hand, has three legs and needs to be checked after 90 minutes on the trails. Watch your pal closely to learn their limitations. Consider boots or Musher’s Secret in rocky and snowy conditions. Keep their nails trimmed and consider supplements like Glucosamine or fish oil to keep joints and ligaments healthy. Loki loves this ‘Salmon Sauce.’

Beyond that, the right gear and a bit of backcountry sense is all you’ll need. Kelly keeps things simple: Loki gets dry kibble on the road and always keeps gallon water jugs in the truck. ”Hopefully I will remember a leash, and a long cable lead if I need to tie him up at a campsite.”

Ski season will yield only a few more solid weeks for most of us in the northern hemisphere, but it’s never a bad idea to “pete and repeat” when it comes to avalanche safety. Tyler Boyd, Boyte Creative’s resident Editor/AC (class act and avy safety guru) shares a few pointers before getting after it:

• Your number one priority: knowing how to stay out of harm’s way. Start with the Know Before You Go website and study their five step plan.

• Look at your local avalanche forecast before you head out the door. Refer back throughout the season to note trends in your area.

• Don’t ever go out without a beacon, shovel, probe, and the knowledge of how to use them all.

• Keep abreast of the conditions at all times. As you’re skinning up the mountain, note the  temperature, adjacent slope, while using your ski poles to probe to assess the layers.

• Trust your ski partners. If you don’t trust your partners to make good decisions, and to be able to dig you out in case of an avalanche, that's a problem. The human factor of decision-making is supercritical and really important when picking the people you ski in the backcountry with. For example, it's super easy for someone in the group to say, “I’ve skied here a million times and I’ve never seen it slide," which this might give a false sense of security and safety.

• Up the ante and take an Avalanche Safety class (Avy 1) on your own. No amount of knowledge from a friend is comparable to how much you will learn in a class. [H] 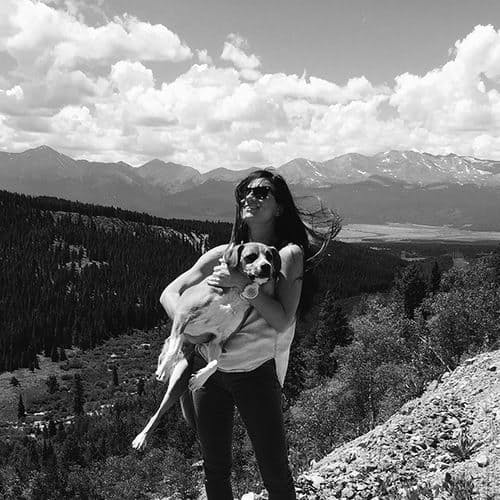 Kelsey is a writer and director. She lives and plays in the Colorado Front Range where she is SO ready for summer.
Shop her Ambassador picks here.

The Huckberry Guide to Hot Spri...