We rounded up five of our favorite short films on the environment, the outdoors, and social justice from this year's festival

t’s been a few weeks since Mountainfilm, which is about how long it usually takes for the magic to fully sink in. When I first stumbled into the Telluride, Colorado-based festival in 2011, I didn’t know what I was signing up for. Now, Mountainfilm is by far my favorite film festival, because it’s so much more than that; there are more reasons then there is space to list them.

It takes place every Memorial weekend in Telluride, which might be one of the most magical places on this planet. It’s packed full of some of the most stand-up, get-after-it and real people you’ll ever meet — and then there’s the films. Every year for the last five I’ve left buzzing with inspiration, outrage, and ideas. This year our film, Knee Deep, had the honor of having its world premier there, and we spent four wide-eyed days in Telluride watching films, conversing with incredible people, and not sleeping very much at all.

There were some incredible feature films, all of which I recommend you get in front of if you have the chance (especially Meru, Unbranded, The Diplomat, and Frame By Frame). I love short films, though, so I gathered up a few of my favorites for your viewing pleasure.

THE IMPORTANT PLACES
Directed by Forest Woodward
An emotional story that seamlessly weaves together the importance of preserving our wild places, the impact they have on us, and the shift that occurs as we grow into adulthood and our parents age. The Important Places takes us through the Grand Canyon, through time, and leaves us with a powerful message about legacy and impact. 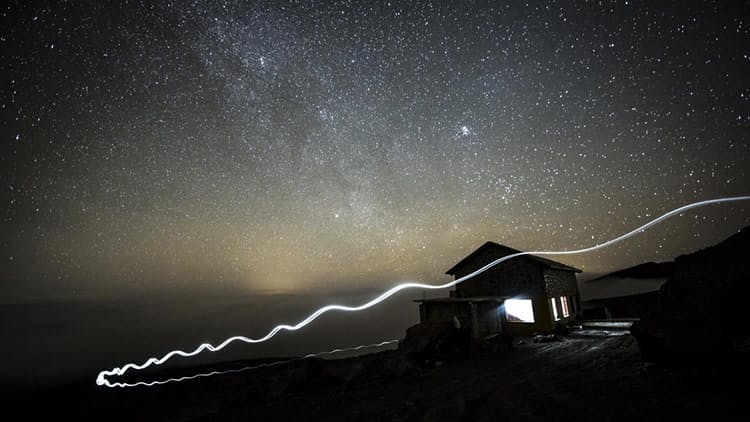 55 HOURS IN MEXICO
Directed by Joey Schusler and Karl Thompson
These guys take weekend warrior to a whole new level — in one short weekend a crew of four dudes fly from Denver to Veracruz, Mexico, rent a Jeep (a two-wheel drive one, which results in its own misadventure), drive up several thousand feet, climb the third highest peak in North America, Orizaba, and then ski down. Things get a little ridiculous, reminding us that an adventure that goes perfectly accordingly to plan isn’t nearly as memorable as when it doesn’t.

This is the only one not yet out online, but keep an eye out for it this fall, just in time for ski season.

Unless your heart is made of stone, you’ll want to have a tissue (or five) handy when you watch Denali. I saw this first at 5Point Film Festival in Carbondale, and somehow managed to cry more the second time around at Mountainfilm. I’ll admit I’m kind of a softie, but our entire row at Mountainfilm was essentially sobbing. Granted, all of us are friends with Ben Moon, whose touching relationship with his beloved dogfriend Denali is what the film is about, and most of us have very beloved dogs of our own, but still.

Director Ben Knight manages to make you laugh and cry at the same time with his brilliant narration as Denali, and the footage (shot by the mega-talented Skip Armstrong) is stunningly beautiful and drips with authenticity. The film is a much deserving tribute to the role our furry friends can play in our lives, and worth the watch.

THE COAST
Directed by Skip Armstrong
How do we want to live? What truly matters? What keeps us engaged, inspired? This is one of those films that you sort of inhale, like a deep breath on top of a mountain. Subject Hayden Peters confronts a potentially life-threatening illness and finds clarity on the Oregon Coast, easily one of the most beautiful places on this planet.

WE ARE FIRE
Directed by Orlando von Einsiedel
One thing Mountainfilm does exceptionally well is seamlessly bring together the genres of adventure and activism — this wouldn’t be very representative of the festival if I didn’t throw in one film about a powerful difference that’s being made.

The Gulabi Gang, a badass team of Indian women rocking hot-pink saris, shows the power women have when they come together in cultures where women are often marginalized and where domestic violence is common.

Want to see these films in person? Mountainfilm in Telluride has a fantastic world tour, and there’s a decent chance it’ll be coming near you—check it out here. [H]

Aly Nicklas is a writer, photographer and filmmaker based in Colorado, with a penchant for cabins and the simple life.
She also likes waking up in new places, many of which can be found on her Instagram here.