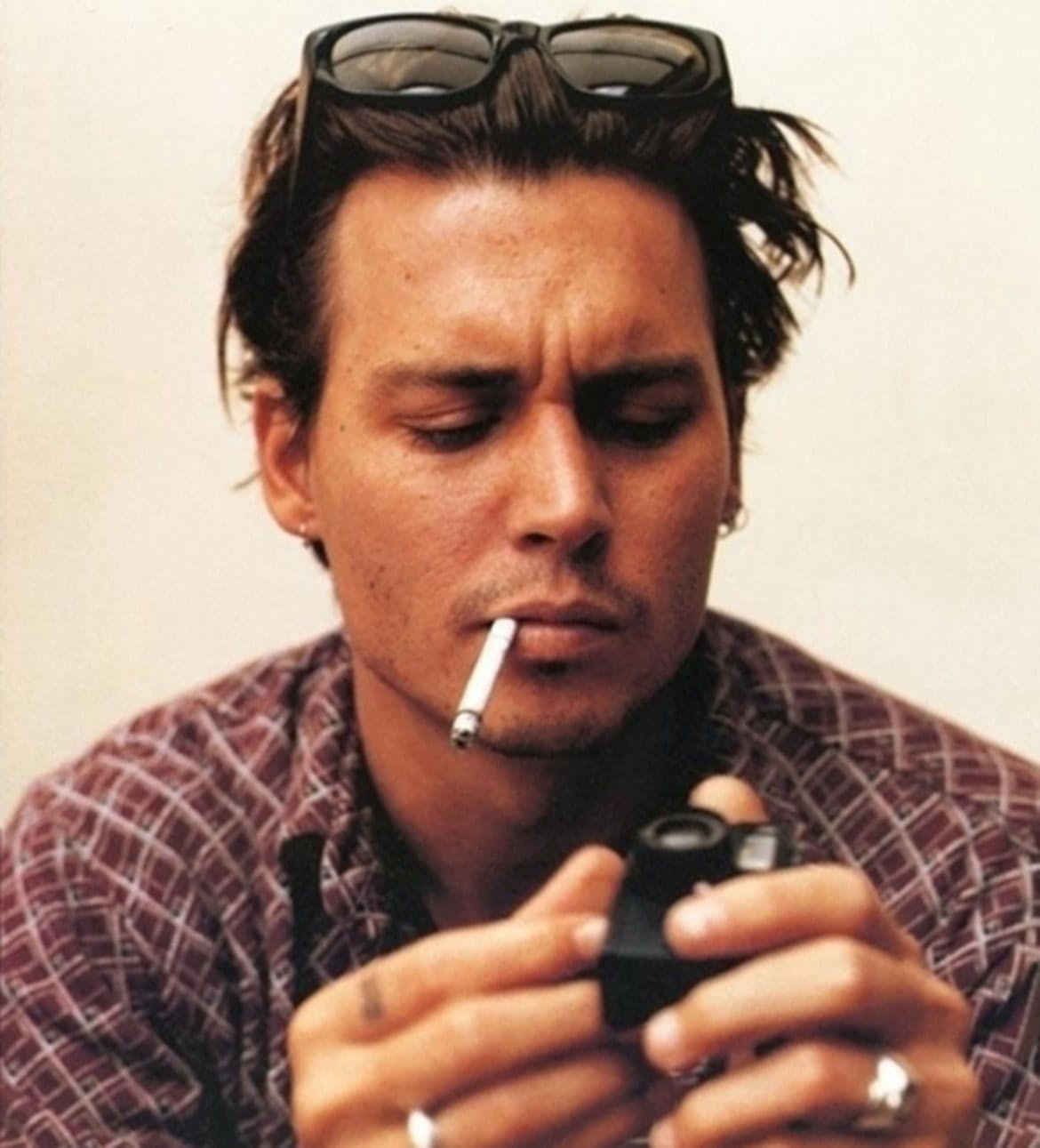 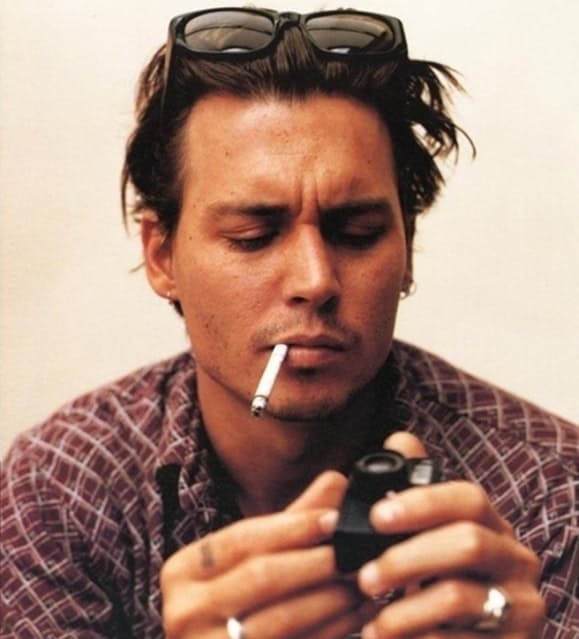 An original series where we unearth the story and style behind iconic photos.

The best Johnny Depp story we’ve heard goes like this: After hours of “entering character” for a scene, Depp emerged from his trailer. A young, overzealous extra saw him walking toward set, and shouted out an adolescent jab, Nice pair of balls you got there, Johnny. Depp snapped—came out of character—cursed the extra off the set, shut down shooting for the rest of the day, and fired the extra.

Two years later, the extra was waiting at a stop light when a blacked out El Camino pulled up next to him. The window rolled down slowly, and the extra turned to meet eyes with Depp. Johnny leaned out the window and said with a wink: Nice pair of balls you got there.

Maybe it’s all lies (people talk), but it makes sense. Depp carefully rides that persona of a renegade genius. He’s an artist savant—and it comes with a touch of lunacy. He wouldn’t handle frivolous banter on set, but he also wouldn’t forget a face.

Depp’s been talking lately about retiring. He turned fifty this year, and since he got his launch on 21 Jump Street back in the eighties, he’s established himself as the best respected actor in the game. His ability to immerse himself in a role—embody the character in totality—separates him from the rest of the field.

But his start, like many in Hollywood, is less than glamorous. He was raised in Owensboro, Kentucky, as the youngest of four. His parents divorced and Depp dropped out of high school to be a musician. He ran jobs from being a gas attendant to a pen salesman, before finding celebrity. Now, after thirty years on screen, he owns his own island.

Depp’s idiosyncratic, but he follows his good instincts. And for anyone to be remembered, there’s always an edge needed. If, as with Depp, that edge is made up of a genius’s relentless passion for perfecting their craft—the results are forever iconic. So, while Depp may be debating leaving the biz, his impact and legacy will be immortal.

For your own renegade acting adventure, we’ve assembled a Johnny Depp-inspired style guide:

Special thanks to Grant Swanson for the Depp story (true or not).