How to: Build Out a Sprinter Van, Part 1

This past July, our Van Man Jon Gaffney, embarked on a cross-country roadtrip driving a Sprinter van powered by our friends at Goal Zero. In this new Huckberry series, we'll learn why Jon selected a Dodge Sprinter, and get an inside look at his custom additions, getting some pointers on building out your own Sprinter along the way.

ar camping in the US really hit its peak in the late 80s and very early 90s. VW Vanagons were new, relatively affordable, and yet to turn into swiss cheese rust from driving thousands of miles of salty roads. Toyota also had some popular camper vans, along with numerous mini-campers built on their venerable 22RE pickup truck chasis. And Sportsmobile had starting building out Ford E-Series vans into drool-worthy adventure mobiles. Neon was in, camper vehicles were plentiful, and gas was CHEAP. 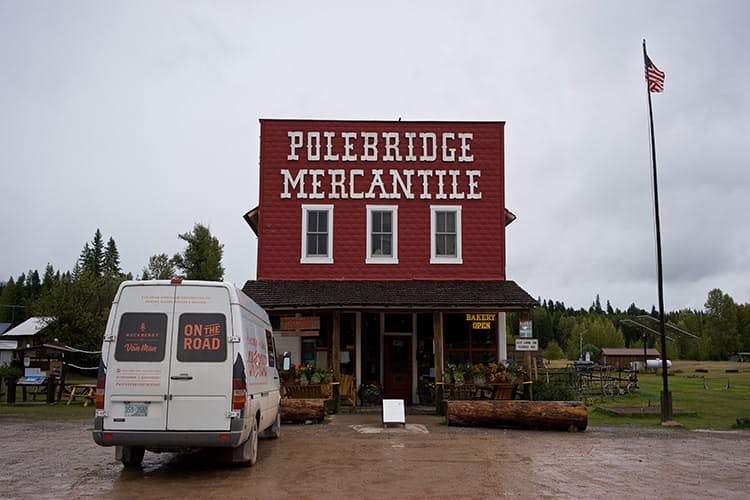 As a child of the 80s who maintains a pretty solid memory of the 90s, my initial thought of car camping's golden era was that "it wasn't that long ago." Turns out, it actually was. While being 30 years old for me isn't that old, for a van that's been driven as hard as most adventuremobiles have, 30 is damn-near ancient. And, like many of our favorite octogenarians, old cars get cranky, temperamental, and prone to a myriad of ailments.

Search any forum on VW Vanagons and if you and the horror stories of road trips cut short by a multitude of repairs, phantom electronic quirks, and a propensity to occasionally "light on fire" might skew your romantic vision of them. Even the poster boy for #vanlife, Foster Huntington, sold off his beloved Syncro because it was draining his bank account so quickly in the repair shop. 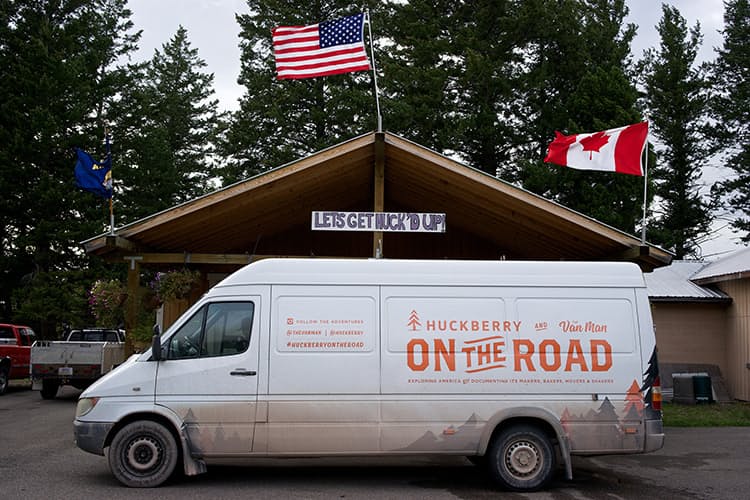 With all this in mind, my girlfriend and I still needed a suitable vehicle for the year long trip we'd planned. We wanted to explore the towns and National Parks of North America, not the repair garages of North America. So, we shifted our focus to newer vehicles. There were a few options out there and they're legitimately awesome, but they're also a staggering amount of money.

We wanted to go new(er), without requiring a mortgage. Down the rabbit hole of custom van buildouts we went (thank you Expedition Portal). Many late nights and lunchtime thread-reading led to a possibility, the economical and reliable Dodge Sprinter van. 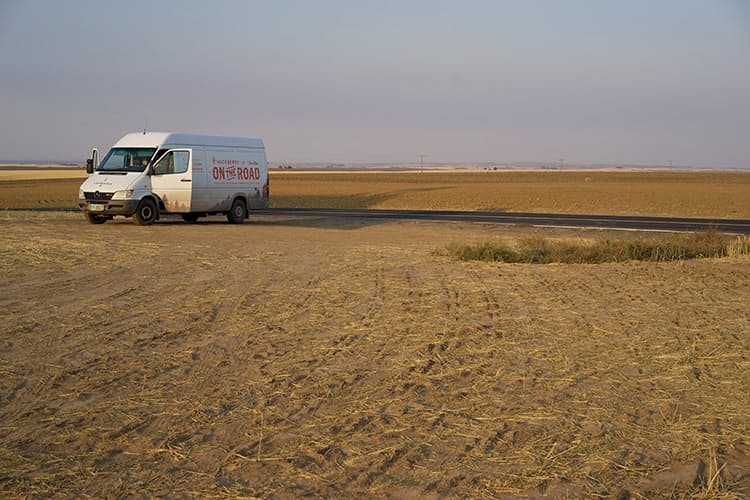 The Sprinter van is an interesting footnote in US automotive history. They're 100% a Mercedes vehicle, but the first ones to be brought over to the US were sold as Freightliner and Dodge vans under the Daimler-Chrysler merger allowing the cargo versions to circumvent taxes upon their import.

The first body style was sold from 2000 to 2006 in a number of trims and both as a passenger and cargo van. Called the T1N, this became our focus for a few reasons. 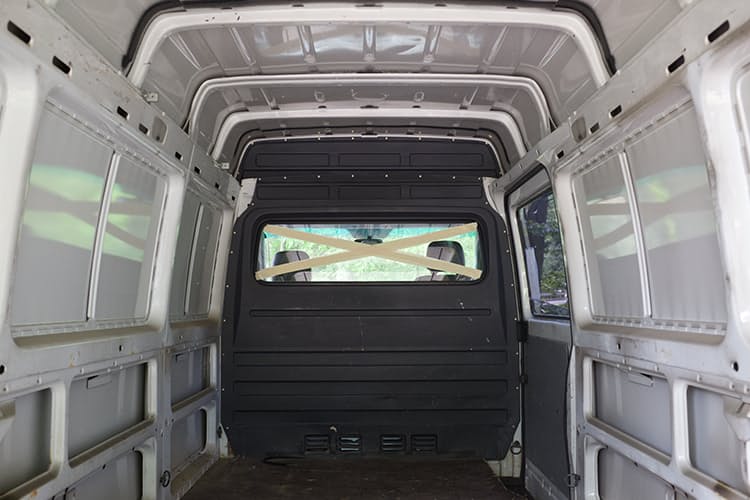 The T1N comes with a 2.7L turbo diesel engine good for a drool inducing 20-25mpg in even the largest model. Most camper vans are happy with mid-teens as a 'high' on mpg, but any mpg gained when you're living on the road is food on the table and beer money still in the bank. Another reason was the reliability of that 2.7L Turbo-Diesel, because later model Sprinters had a different turbo-diesel engine rumored to have way more issues.

The size of the T1N was also hugely attractive; they're tall enough for someone 6' tall to stand up in and long enough to open up incredible interior configurations. Lastly they were old enough to be relatively cheaper, but not so old as to need serious work. The search commenced. Craigslist, eBay, Auto Trader, and Car Fax became hourly haunts. 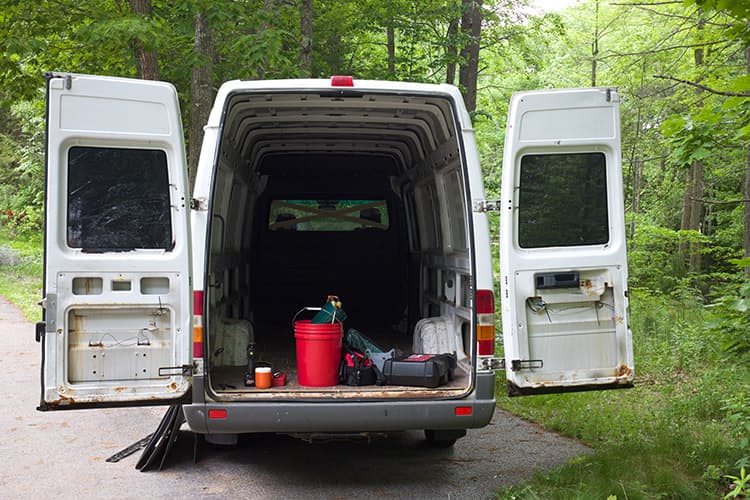 After a couple of false starts a promising lead finally popped up: a 2004 model with a high-top/long body, and 160,000 miles. It even had three windows in the back (rare for a cargo model), but it was in Cleveland and we were in Boston.

I called, negotiated, and made the purchase sight unseen. I booked a one way ticket to Cleveland. We now owned a van.

Stay tuned for part 2 when Jon breaks down the gear selections and buildout choices for the van itself. [H] 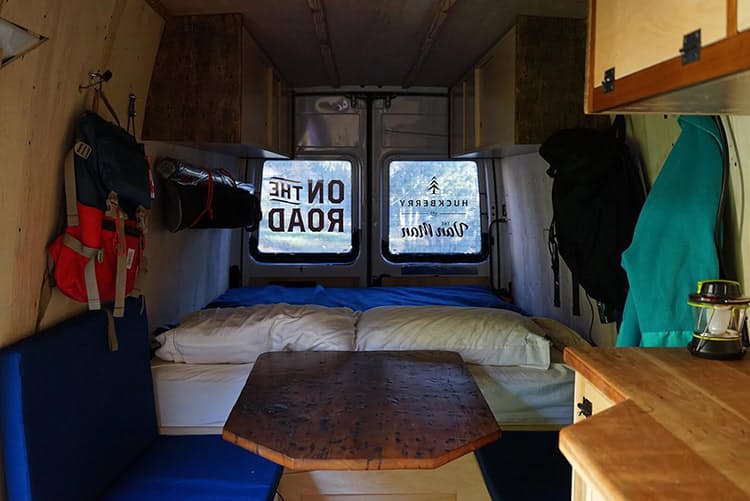 Jon Gaffney is currently a man of the road who enjoys testing the recommended use limits of everything he owns.
If he doesn't have a camera in his hand he's probably attempting to climb, hike, ski, or swim and needed both hands.
You can follow his continuing cross-country adventures as the Huckberry Van Man here.