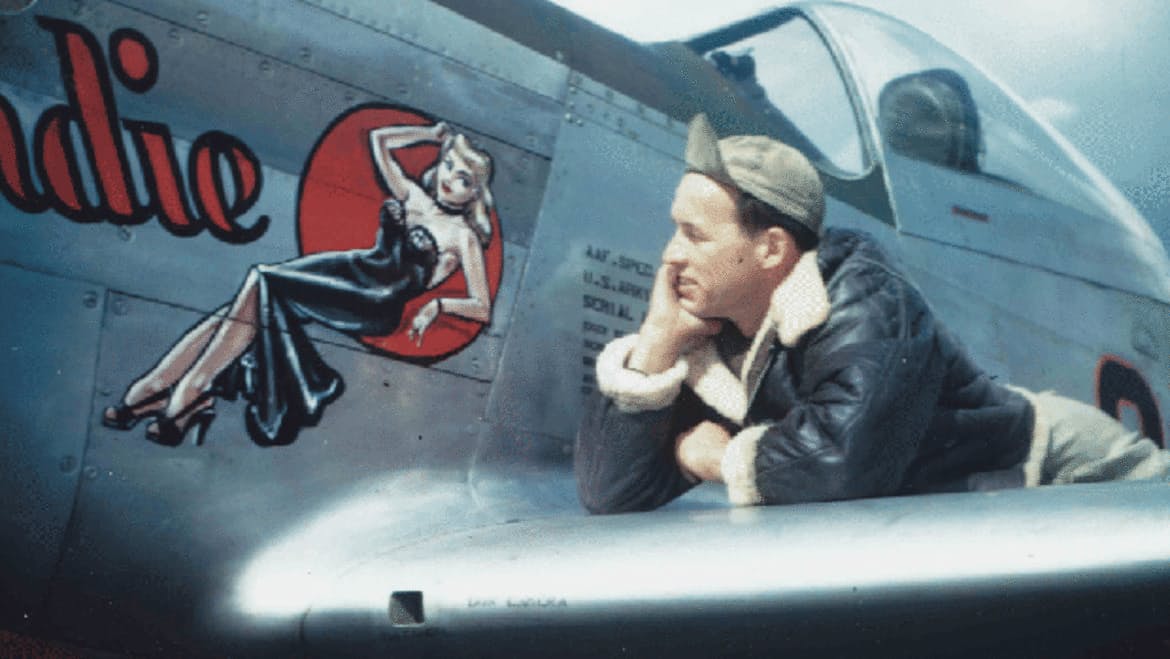 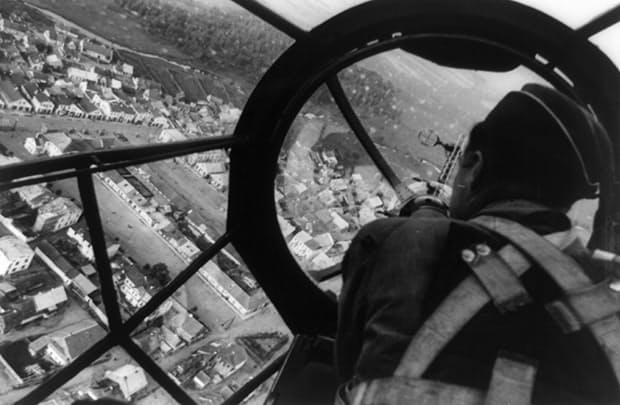 Pinups won World War II. Well... a lot like the Navajo Code Talkers, they helped win the war.
In one of the darkest, most violent and bloody periods in human history, could there be one specific idea, one more powerful than freedom or life itself, that could act as an encouraging light at the end of the tunnel? Scantily clad women, of course. 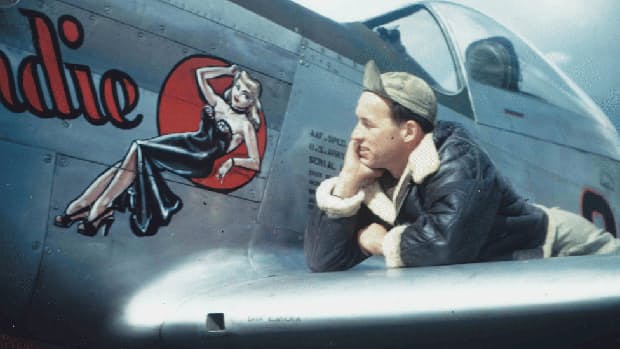 We're talking about the nose art at the front of these legendary fighter planes, piloted by maniacs with nerves of steel. These heroic airmen were faced with extremes across the board; hours of lonelineness in a sky of emptiness and the occasional enemy bullets, the traumatizing psychological effects of warfare, sleep-deprivation and the greuling physical strains due to soaring at 30,000+ feet at 300+ mph in temperatues as low as -50 degree Fahrenheit, with very little oxygen. 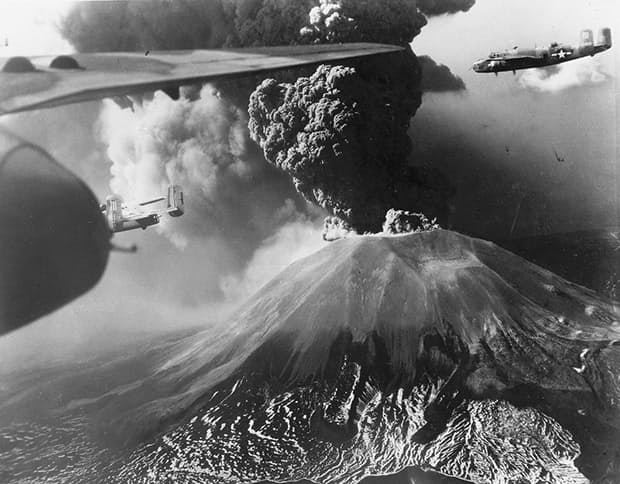 All this, and not a curvacious woman to be seen for months on end.
These pilots needed something to keep them sane, something to motivate them, to give them hope. So they created mascots for their planes and for themselves in the form of “nose art”. No, not facepaint. Artwork on their airship. For those who were handy with a paintbrush, they took on the creative task themselves. The gents who weren't so skilled, they commissioned talented artists to transform their ideas into 2D colorful paintings. These artists commanded up to $15 per plane, a hefty profit back then. 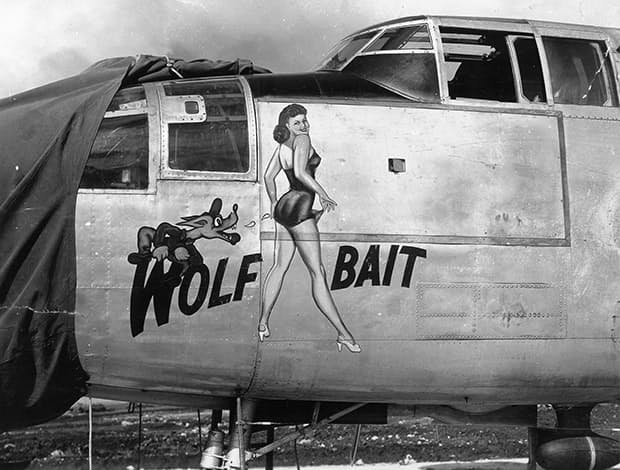 One of the more famous artists of the time was Don Allen (Eagle Scout), who could have an article here all his own. These nose art mascots would range from famous cartoon characters (Donald Duck, Popeye, etc), animals and insects of all kinds (wolves, wasps, sharks, etc), and other humorous images. All positive and lighthearted paintings, compared to grim imagery seen in today's renditions.
Most common of these mascots, were the images of women. Beautiful, vibrant, sultry women. Some of these ladies portrayed were fictional sensationalized vixens, simply the idea of a woman and her feminine beauty. This take was especially popular among planes that had 2 or more men in their aircew (up to 10 men on the B-17 Flying Fortress). They collectively agreed on a woman along with a tongue-in-cheeck tagline like “Memphis Belle”. 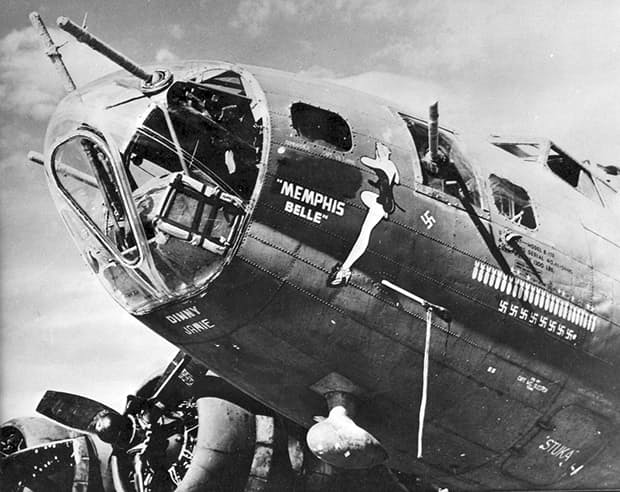 The nose art on single-pilot fighter planes on the other hand, was usually of a specific woman. A sweetheart back home across the Atlantic... a wife, a girlfriend, or maybe the one that got away. Whichever the case, this deep-rooted personal emotional connection was between the pilot and the muse in which was painted on the fuselage's front end, just beneath his cockpit glass.
Though often these portrayals of women showed quite a bit of skin, they were more often than not, still covered up. Nudes existed, but were more rare. Mr. Allen, mentioned above, recalls that he “tried to keep the necessary parts covered”, while still trying to make a “tease out of it”. Well Don, it looks like the carrot at the end of the stick worked. 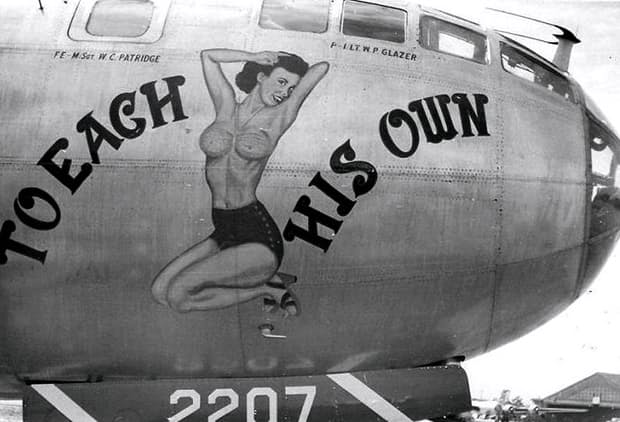 Despite the deadly hardships these aviators dealt with on a daily basis, these beautiful ladies (whether real or completely fictional) helped give these pilots a red-blooded incentive worth fighting for. 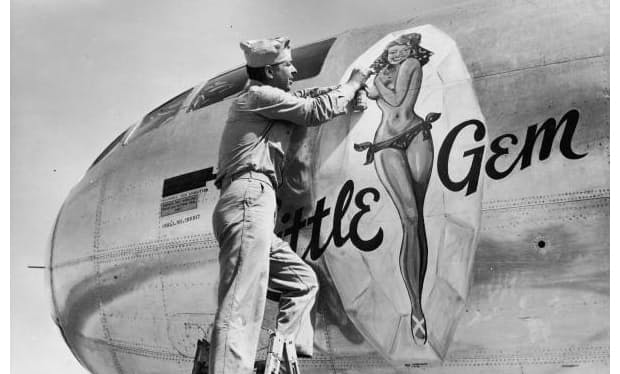 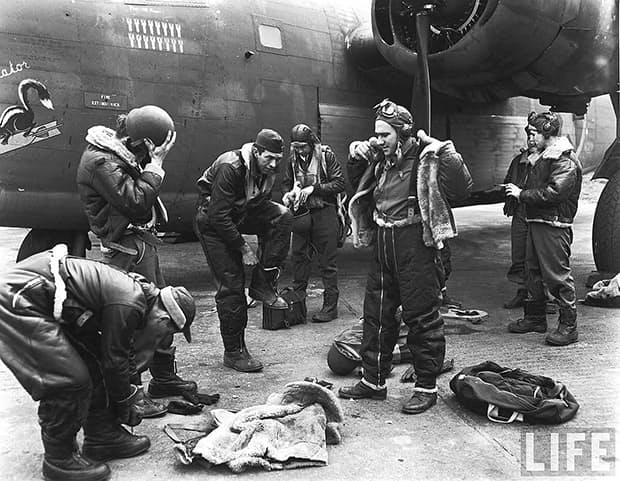 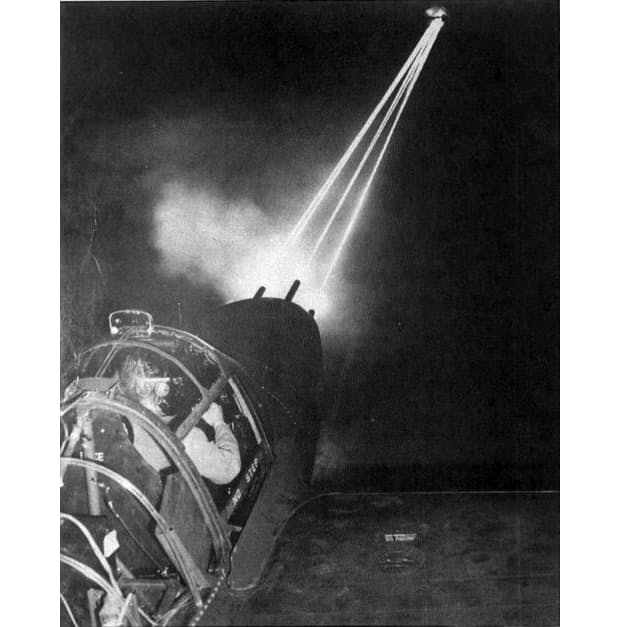 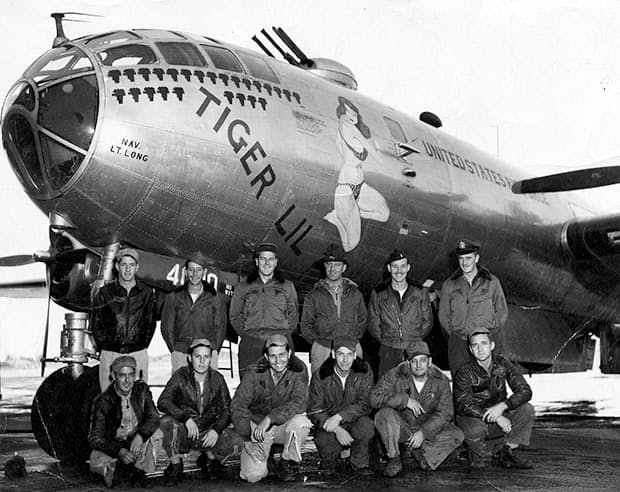 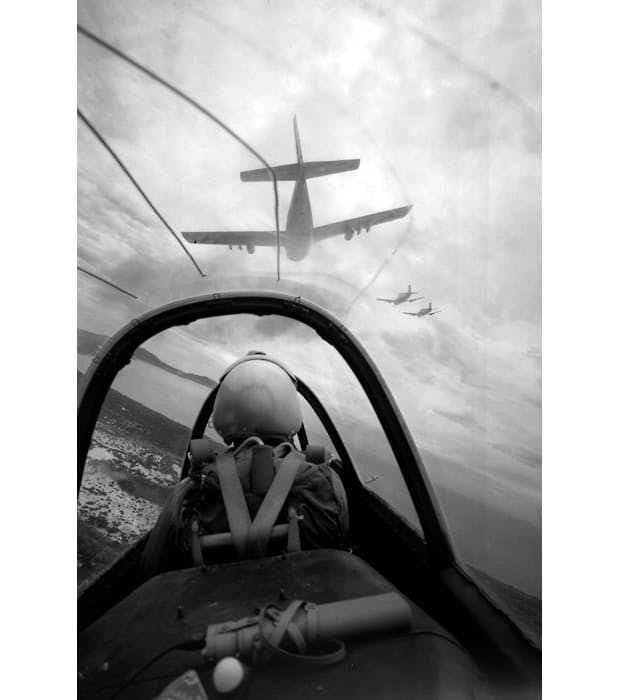 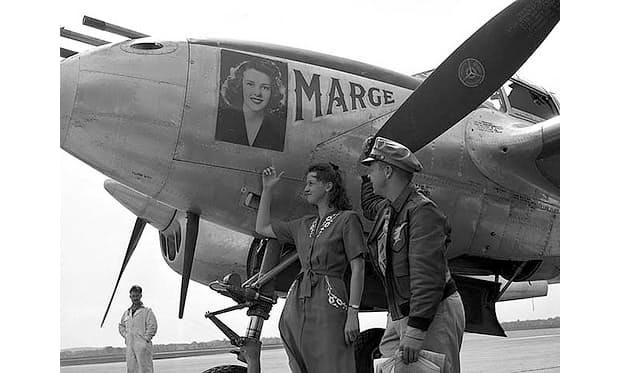 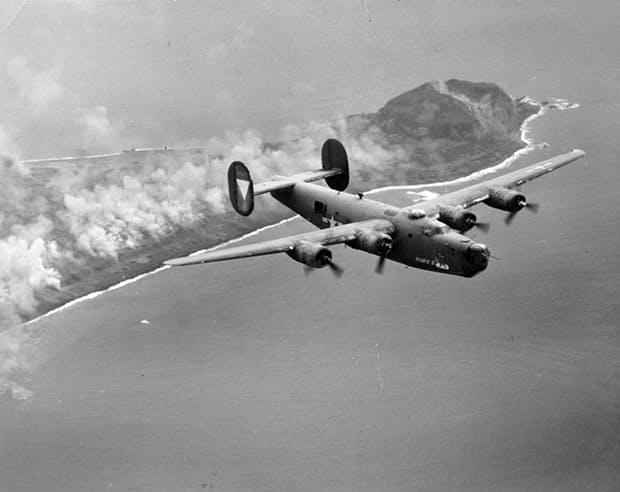 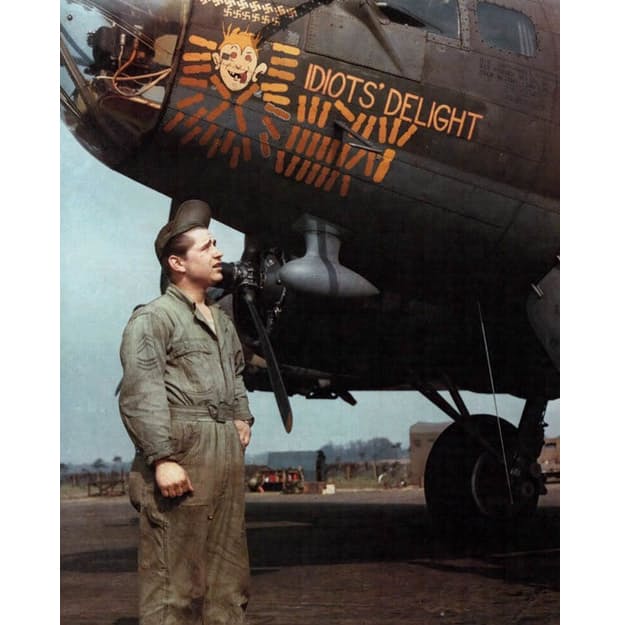 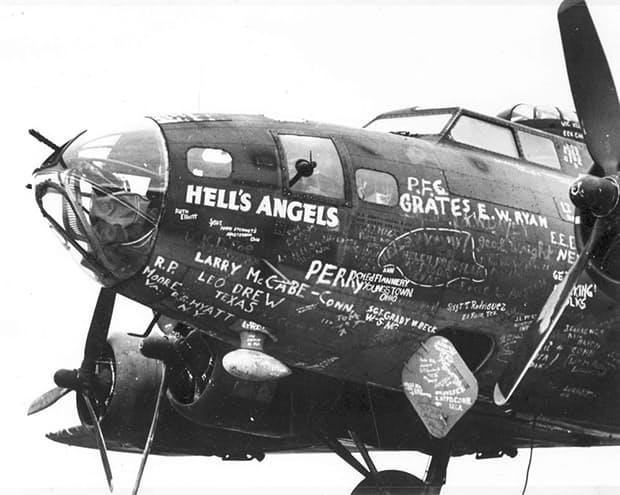 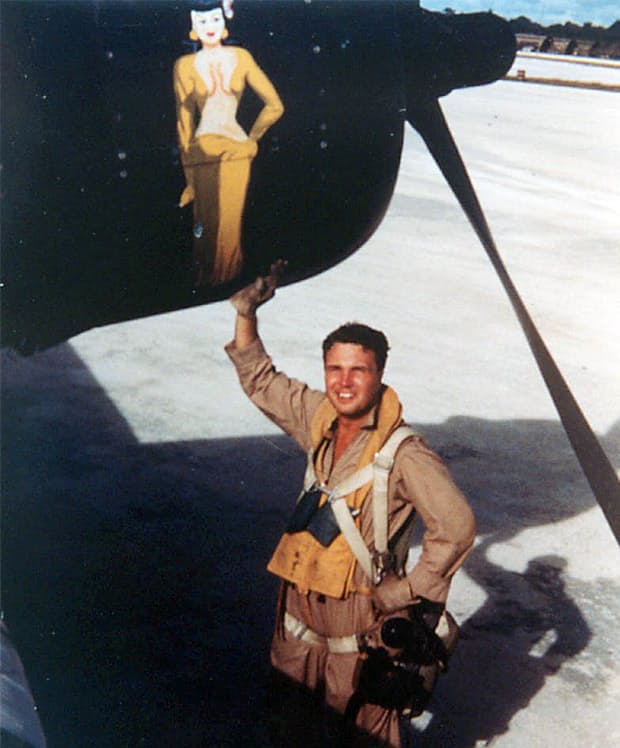 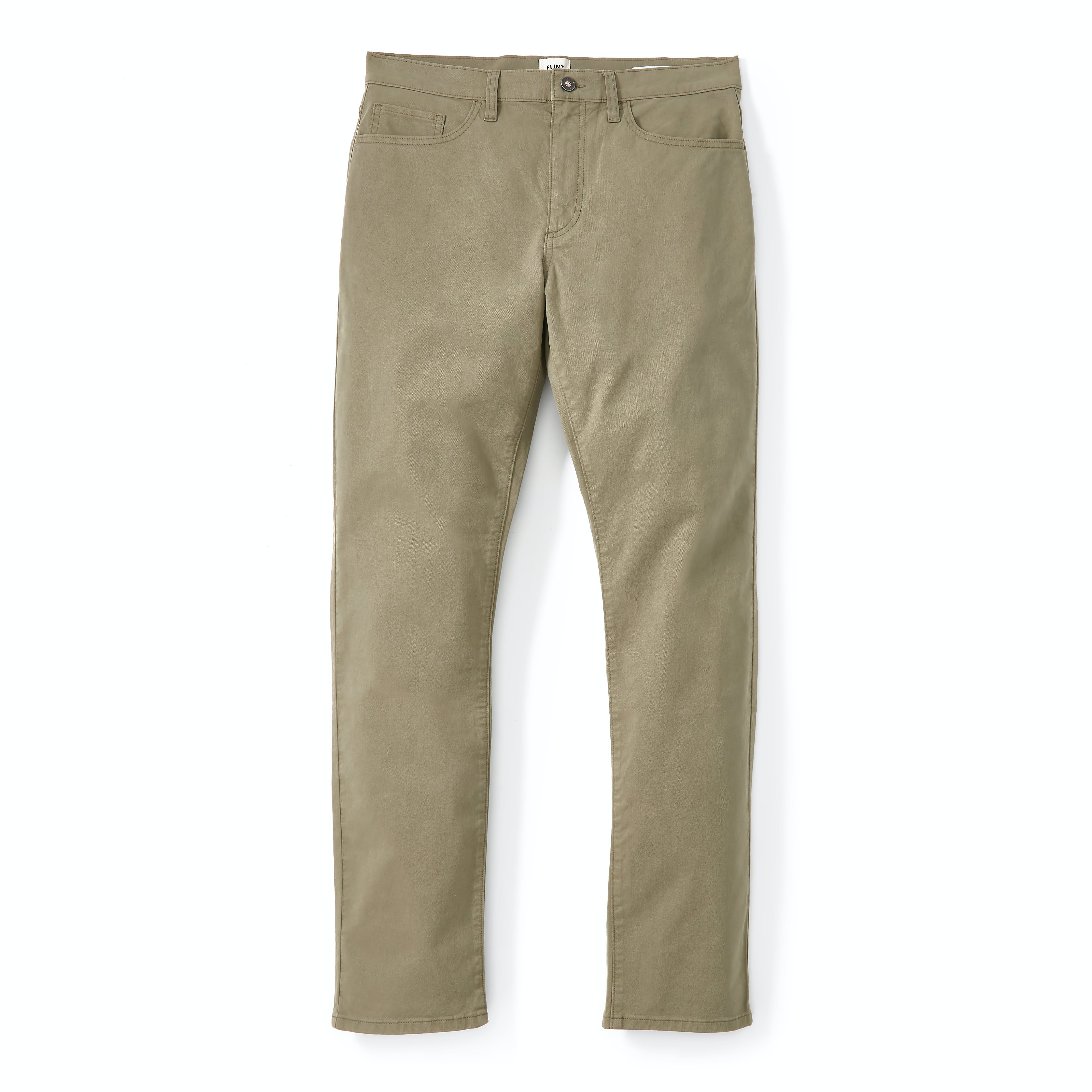