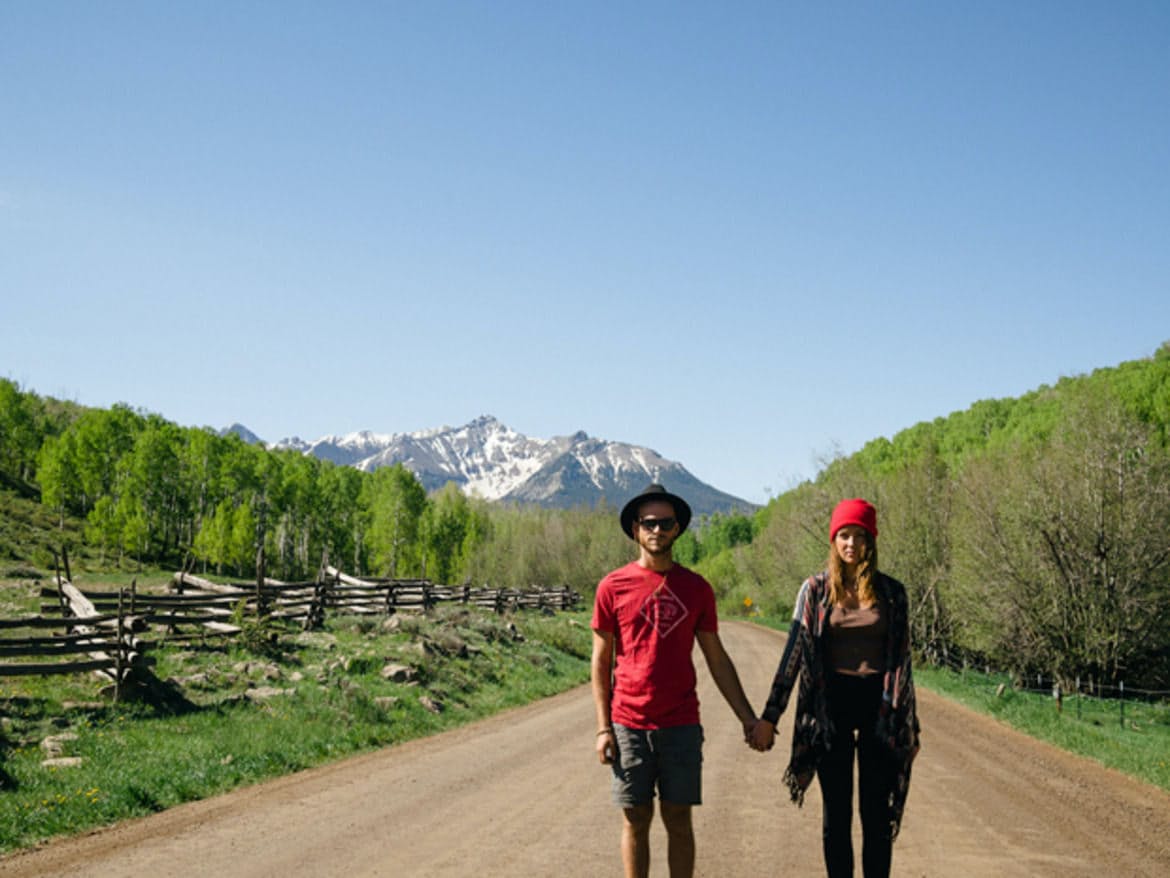 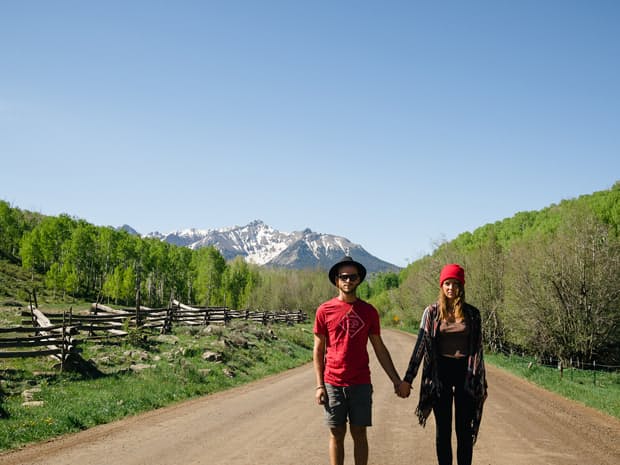 Our friends from Austin-based America Y’all recently returned from a nine-day, fourteen-National-park road trip, where they celebrated the great outdoors in the best way possible: with each other. 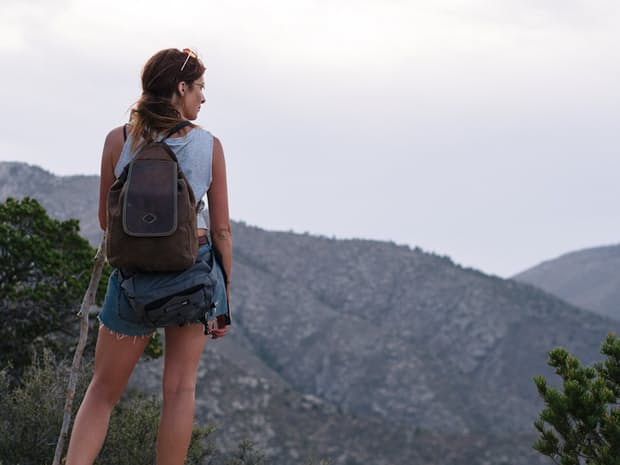 We start this trip the way we do most, heading west at the crack of dawn, straight through Texas and New Mexico. Over the past few years of weekend road trips, we've honed our uncanny ability to drive for hours and hours without getting bored (last year we drove to Slab City, California, out and back in two days—a forty-hour drive). 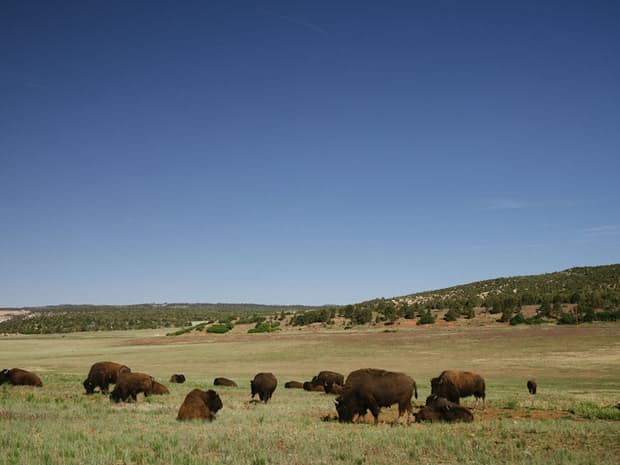 Crossing the Arizona border a little before midnight we found ourselves a place to park and sleep for the night. The next day was spent hiking and exploring the Petrified Forest National Park and the Grand Canyon, and day three, we stepped into Antelope Canyon (below). 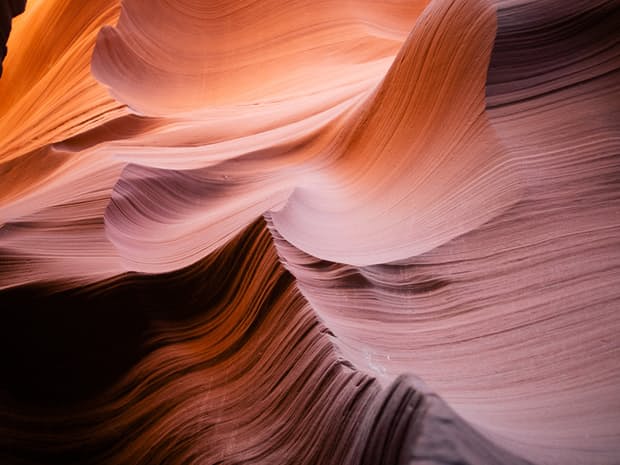 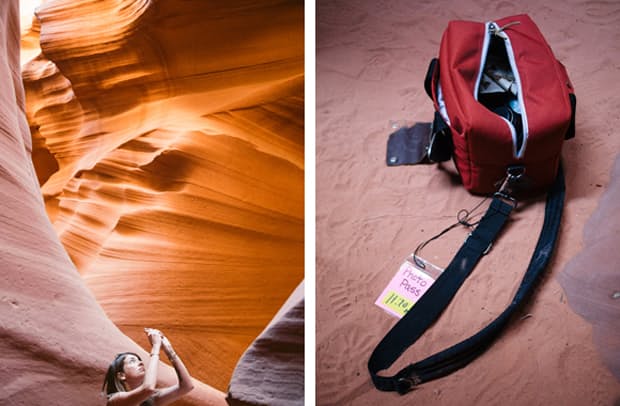 Located on the northern edge of Arizona, Antelope Canyon (above) is an extremely popular destination, and when we arrived it was already packed. Most visitors tour the canyons with a group, but for a few dollars more you can go through alone at your own speed, which we opted to do.

Descending into the narrow light filled canyon was like entering another world. We spent more than two hours meandering through, running our hands along the smooth waves of the water carved stone. As tour group after tour group passed us by, we basked in the glow of the canyon walls. 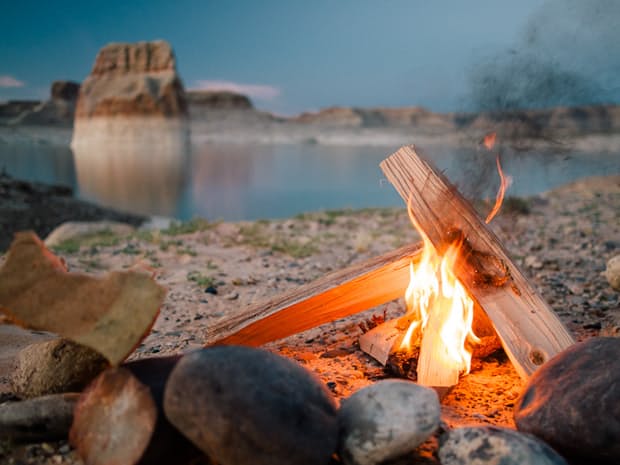 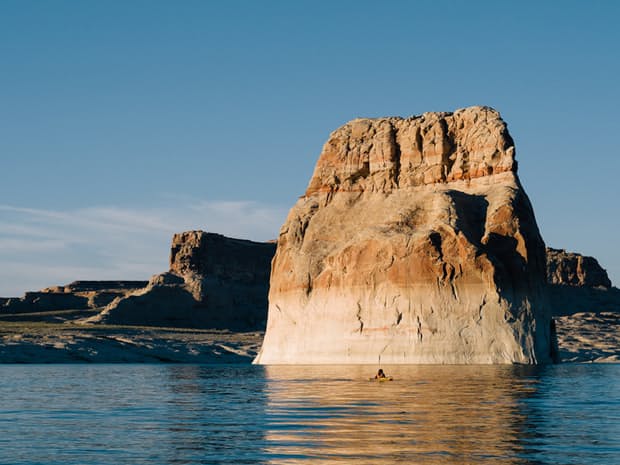 Next we headed north to Lake Powell (above) on the border of Arizona and Utah. After paying a small camping fee, we were greeted with quite a rarity: unorganized camping. Most of the places we camp have designated sites, but at Lake Powell you can just pitch your tent wherever you please.

Most campers tend to stay close to their cars, so after a short walk away from everyone, we found a secluded spot right on the water. After setting up our tent we took a dip in the cool water before relaxing infront of the campfire's crackle. 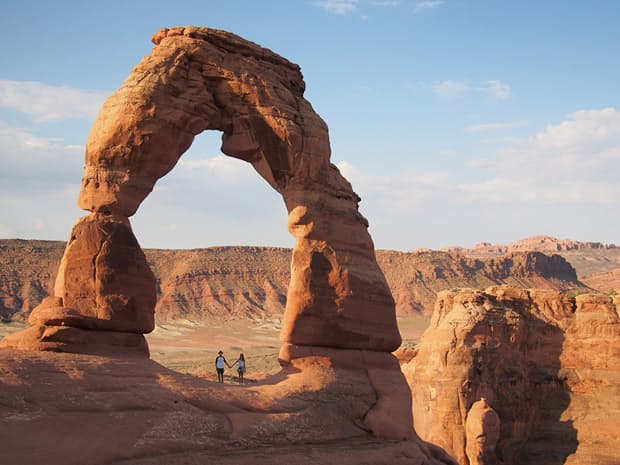 After cruising through Capitol Reef National Park and the Needles District of Canyonlands National Park on our fifth day, we started Day Six before daybreak. We raced through the roads of Arches National Park to beat the sunrise, then did an early morning hike to the famous Delicate Arch.

By now we’d learned that beating the crowds at America’s National Parks means you need to be an early riser, and by time we were hiking down from the Arch there were cars and tour busses backed up through the gates. 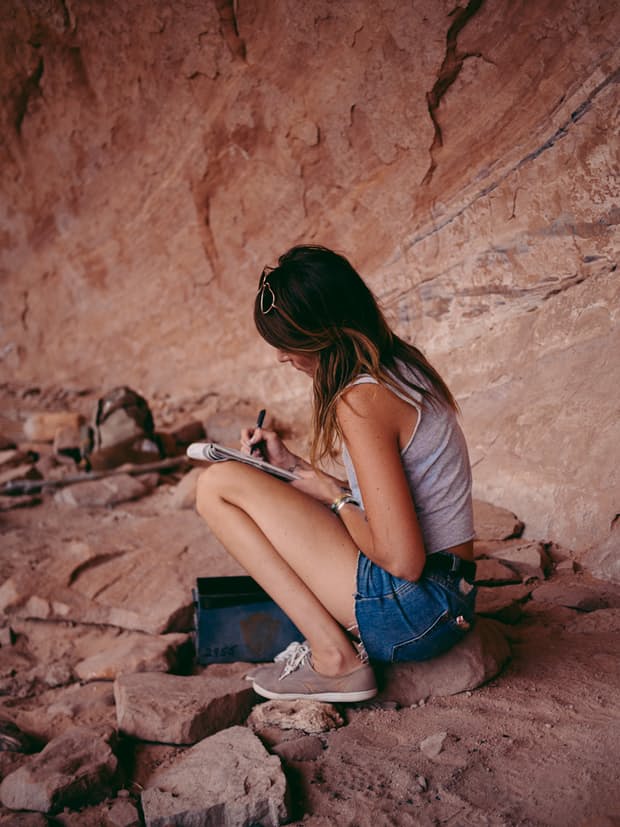 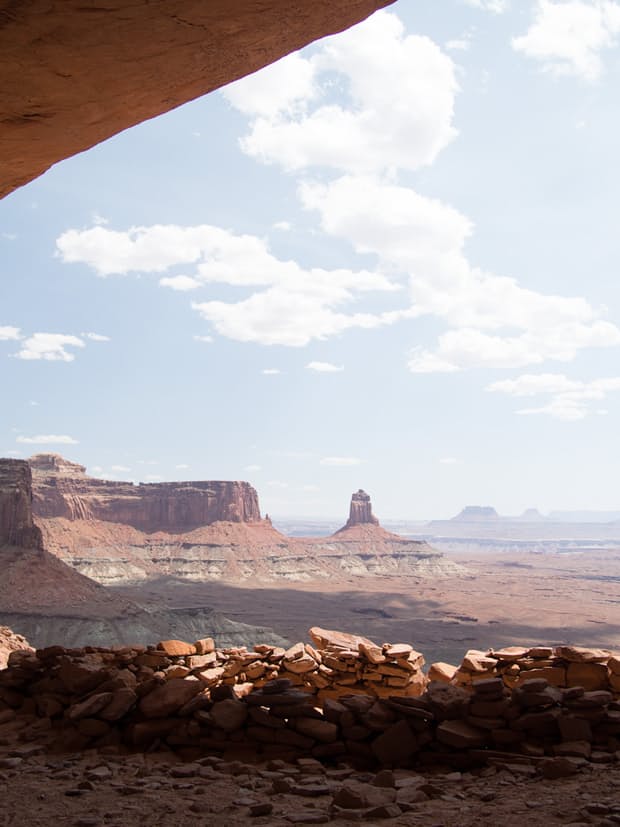 We made our way from Arches to Canyonlands National Park later in the day, and we entered the park with a mission—we were setting out to find the unmarked and unmapped False Kiva, a Native American ruin tucked away within a canyon wall.

We spent the afternoon basking in the solitude of our find (above). In a park that sees a half million visitors a year, we were alone. 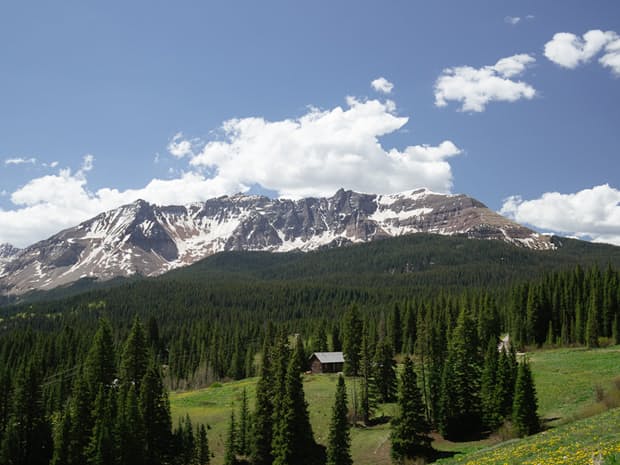 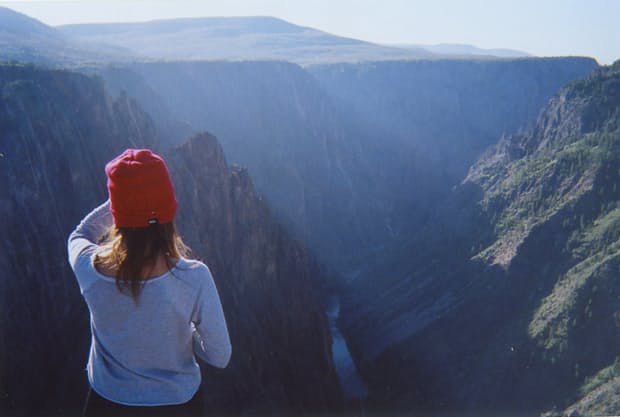 From Utah we drove east into Colorado (above), leaving the glow of the red rocks in our rearview mirror and entering in to picturesque backdrops of snow capped mountains and forests of pine. We spent the next day meandering through Black Canyon and Mesa Verde National Parks. 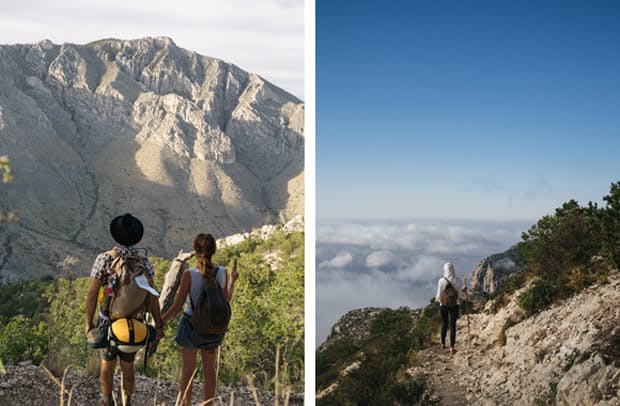 After a brief stop at Carlsbad Caverns we were on the road back to Texas, and our last stop, Guadalupe Mountains National Park (above). By this point we were tired and hungry, but we wanted to end the trip on a high note.

We talked ourselves into some backcountry camping and hiking atop the highest peak in Texas, Guadalupe Peak, at 8,749’ (below). 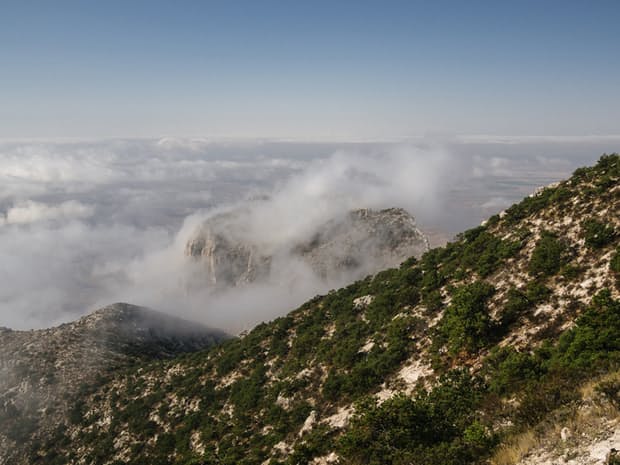 The End of the Trail:

After 9 days on the road we had driven more than 3,500 miles, been through 14 National Parks and Monuments, crossed borders into 5 states, hiked 50 miles and taken only 1 shower.

With miles of open road under a canopy of blue skies, the American Southwest is place rich in exploration, and it’s a landscape we’ll keep close for the rest of our lives together. 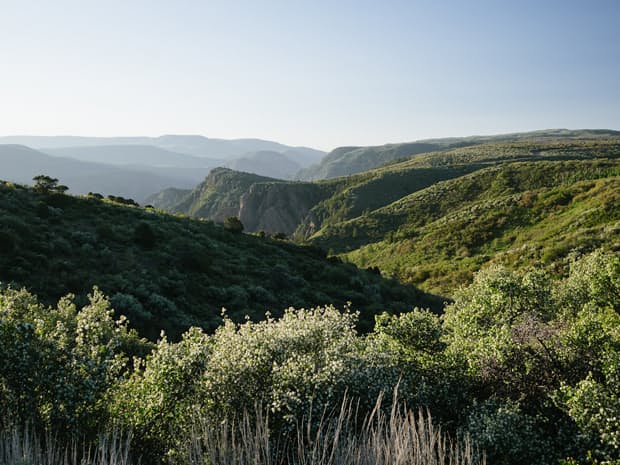 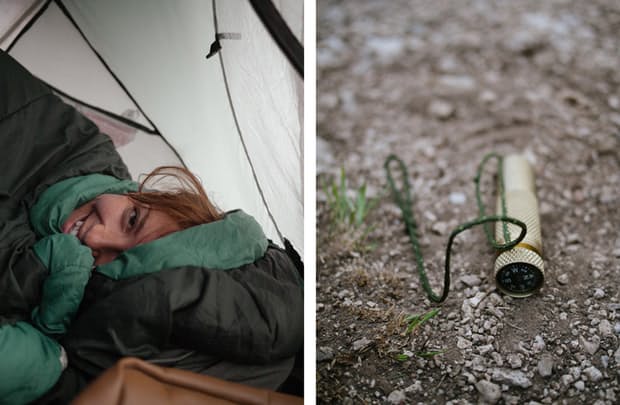 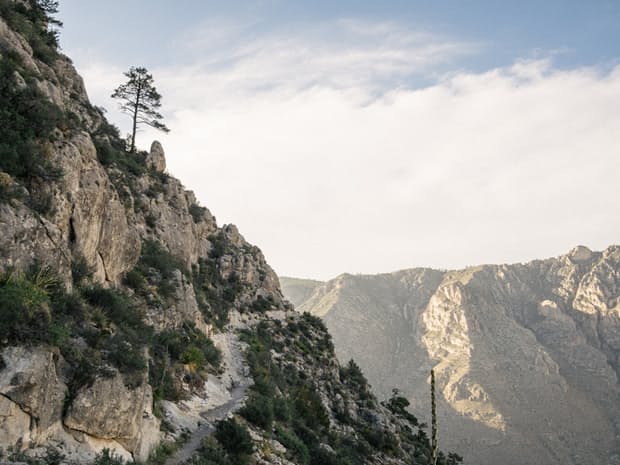 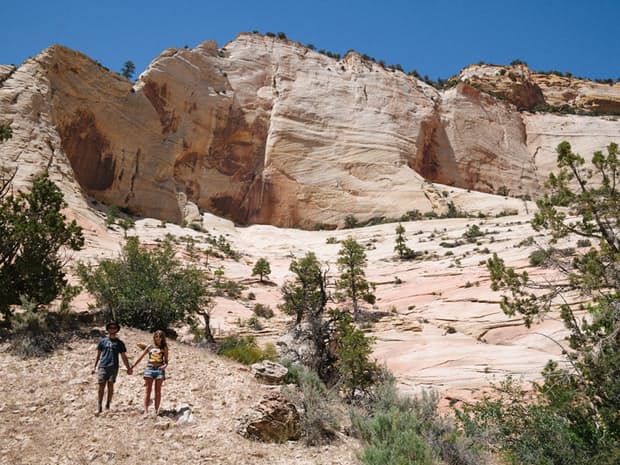 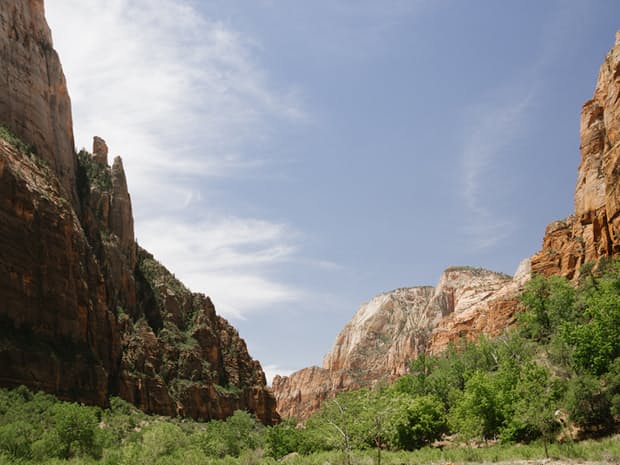 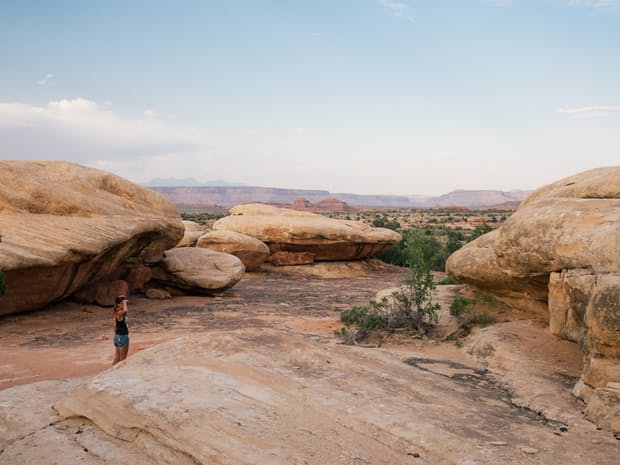 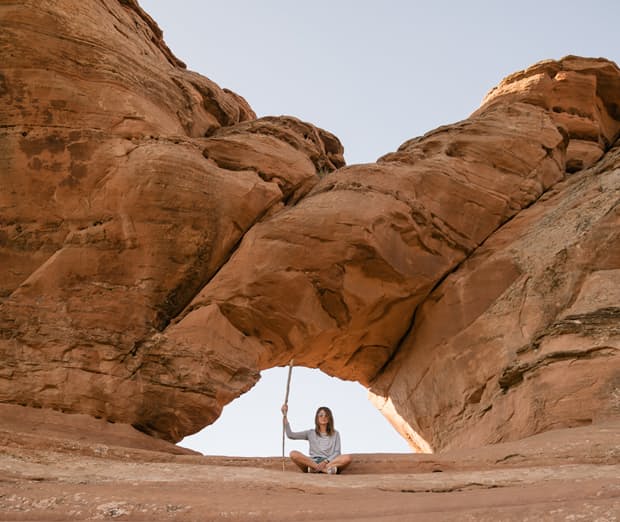 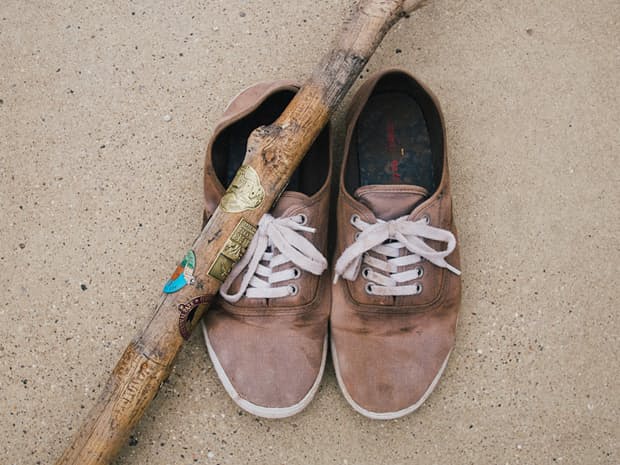 All text and photographs by our friends at America Y’all.