March 5, 2019Words by Jon Gugala and Will Porter

The day was February 9, 1964. Four shaggy-haired twentysomethings dressed in suits and Chelsea boots were about to take the stage on The Ed Sullivan Show and change rock history forever. It was the Beatles

“It was just such an explosion, culturally,” says Tim Hibbs, a Nashville-based rock historian who has worked for Gibson Guitars and the Country Music Hall of Fame. “Hairstyles, everything started to shift at that moment. Everything was there, and the Beatles were the spark that turned that whole thing.”

When Beatles manager Brian Epstein had to give the band a makeover (they were previously living the rock lifestyle in Hamburg, Germany), he turned to the Chelsea district of London, rife with affluent fashion houses and home to its namesake boot. After Sullivan, the shoe became so indelibly linked to the band that it was colloquially called the “Beatle boot.”

Today, you can find them in many forms, from sharp handmade Italian boots to rugged, hardworking Blundies. In the past 168 years, the Chelsea boot has proven itself to be remarkably adaptable, and if its track record is any indication, it’ll be in style for another century at least. Here are our eight favorite pairs this season.

If you’ve been paying attention to Huckberry over the past year or so, you’ll see that we’re obsessed with Rhodes boots. Their classically styled Dean boot had us clamoring for more, so they obliged and stepped in to make the more avant-garde Chelsea boot. As third-generation bootmakers, quality was never in question, but with this new release, we know that style is undisputably equal in importance at Rhodes.

Italians know a thing or two when it comes to shoes, and Astorflex has the skill down pat. They’ve taken a supple European nubuck leather and built a Chelsea exclusive to Huckberry that will—like the history of this iconic style—only get better with time. Rub some beeswax or mink oil into them right when they are dropped at your doorstep for a weathered look, or let the leather do its thing and patina over time. Either way, you’ll have a shoe that will be distinctly yours.

If you haven’t heard, we love Red Wing boots. Handcrafted here in the USA, Red Wing has been a staple in Americana for generations. Timelessly cool and built to last, you know exactly what you’re getting when you get into a pair of Red Wings, and the Weekender Chelsea is no different. Sleeker and easier to slip on than your lace-up Iron Rangers, the Weekender is the perfect choice for dressing up your look on the weekend or even throw on for some last-minute wood-choppin’.

For those looking for a Chelsea with laid-back California cool, the SeaVees Coronado Boot is the first place to go. Crafted in the classic look SeaVees is known for, you’ll find all the comfort of your favorite sneaker with the elevated style of a boot. Slip ‘em on, feel the signature memory foam footbed, and know that your dogs are taken care of straight out of the box. This year we even have two exclusive colorways only found on Huckberry.

With a combination of utilitarian style and modern comfort, the Mountain 600 Chelsea is one of the most versatile options in Danner’s line of boots for everyday wear. That’s not to say they don’t have all the rough and tumble durability that’s made Danner a legend in the outdoors though: durable full-grain leather uppers, grippy Vibram outsole with rugged lugs, and a supportive nylon shank ensure these will last you a long time.

Born on the rugged Australian island of Tasmania, Blundstone makes work boots that can go through hell but feel like heaven on your feet. Starting with the simple, iconic elastic-sided silhouette, Blundstone adds a premium leather upper with soft leather lining on the interior, a durable, grippy outsole, and a soft footbed with advanced Poron XRD cushioning. Slip into something a little more comfortable.

If you’re looking to add some serious class to your shoe rack, clear out a whole shelf for the Viberg Snuff Calf Suede Chelsea boot. Based on the look that rocked ‘50s and ‘60s London, this boot draws inspiration from traditional Argentinian riding boots and puts together a package that cannot be beat. Goodyear welted, leather-soled, and made by hand in Canada, these boots are certainly tough but also provide an elegance that is not easily found. 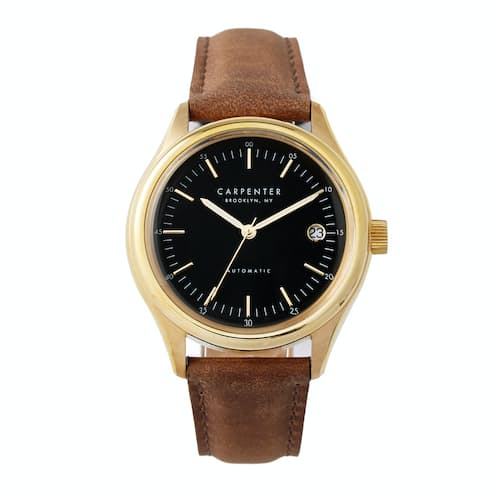 Since 2011, Unmarked has been working to recover the best Mexican shoe building traditions. Mix what they’ve found with updated materials and improved processes, you have one of the finest boots in North America. The Toro is built with a hardy Vibram sole and tough-as-nails leather that will only get better over time. These boots are so versatile we’d wear ‘em with a suit on Sunday and in the barn on Monday.