We take a look at the soldiers who drop from 35,000 feet into some of the most dangerous battlefields on earth

hen speed and stealth are critical, the military directly inserts some of its most elite units into the battlefield through a demanding jump known as a High Altitude Low Opening skydive. Commonly referred to as a HALO jump, it sends soldiers plummeting toward the ground until the very last moment of their descent, when they finally pull the cord and drift silently into the area of operation. 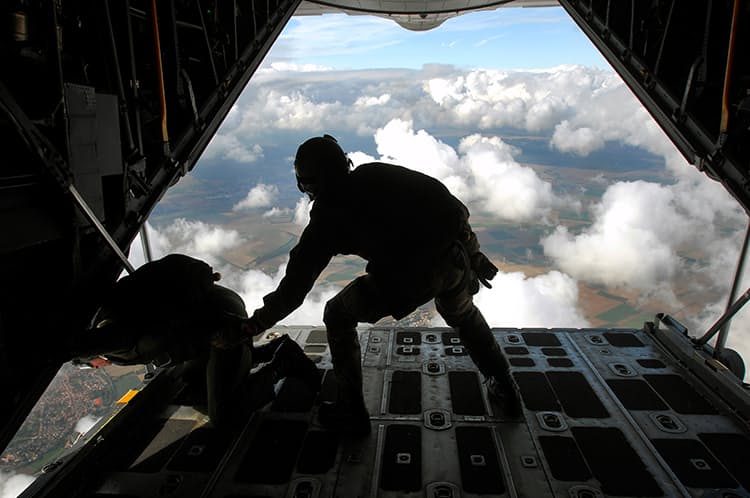 The HALO jump is based heavily upon research by U.S. Air Force Colonel John Stapp, throughout much of the 1940s and 50s. Stapp pushed the known limits of the human body, exposing himself to altitudes as high as 45,000 feet to test the survivability of pilots who needed to eject from aircraft at similar heights. His research was pivotal in the development of pressure suits and the ejection seat, both of which are now standard equipment in military flight operations today.

Stapp's research having paved the way, on November 16, 1959, Colonel Joseph Kittinger attempted the first high-altitude jump from a height of 76,400 feet. Midway through the jump, an equipment malfunction caused him to lose conciousness. Kittinger's limp body hurtled toward the earth, spinning at a rotational velocity of 120 rpm. While soaring toward the ground, the g-forces measured at his extremities have been calculated as exceededing 22 times the force of gravity. At the last minute, the automatic parachute opener in his equipment deployed, saving his life.

Just one month later, Kittinger jumped again, this time without incident, but from a decreased height of 74,000 feet as part of Excelsior II. The following year, on August 16, 1960, Kittinger made his final jump, Excelsior III, from 102,800 feet. He fell for four minutes and 36 seconds, towing a drogue parachute to stabilize his descent, topping out at an eye-watering 614 mph.

"If you're in a car driving down the road and you close your eyes, you have no idea what your speed is. It's the same thing if you're free falling from space. There are no signposts. You know you are going very fast, but you don't feel it. You don't have a 614-mph wind blowing on you. I could only hear myself breathing in the helmet."

Colonel Kittinger's records stood unbroken for 52 years, until October 14, 2012, when Felix Baumgartner broke the record for the highest altitude jump as a part of the Red Bull Stratos project. The 84-year-old Kittinger served as a capsule communicator with Baumgartner, helping to guide him through the jump. When the pressure had stabilized and the shuttle door opened, Kittinger radioed one last transmission, saying, "Start the cameras, and our guardian angel will take care of you." Baumgartner aproached the edge of the platform, radioed a short address, and jumped.

"I know the whole world is watching now. I wish you could see what I can see. Sometimes you have to get up really high to understand how small you are... I'm going home now." 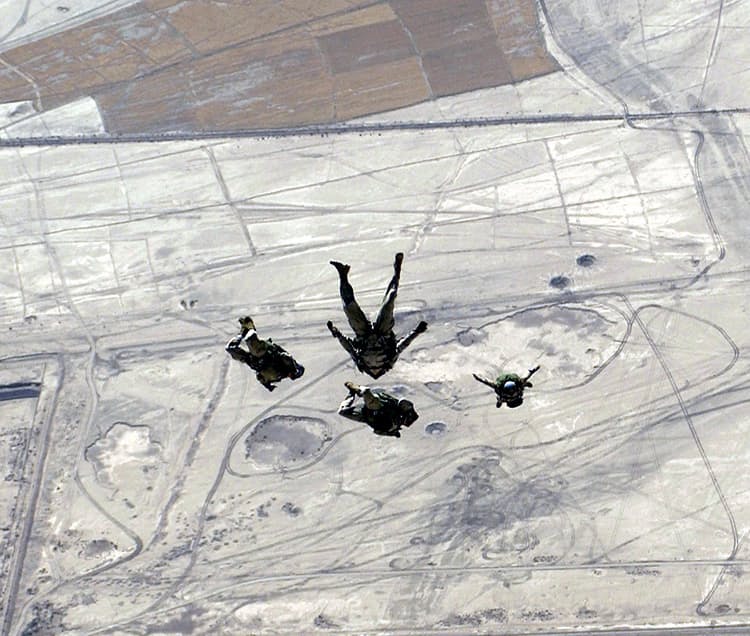 The first time HALO jumps were used in combat was during the Vietnam War, when MACV-SOG units were inserted into Laos. The HALO jumps proved to be extremely effective, as the combination of high downward speed, and minimal forward air-speed helped to defeat radar detection, while also reducing the total amount of time a parachutist could be spotted by ground observers.

Following these initial successes, Special Forces units then began introducing another insertion technique known as a HAHO (High Altitude High Opening) jump. HAHO jumpers deploy their parachute soon after exiting the plane, as this allows them to travel a longer distance because of increased canopy time, and prevents the loud noise of deploying a parachute at a low altitude from alerting enemy ground forces. 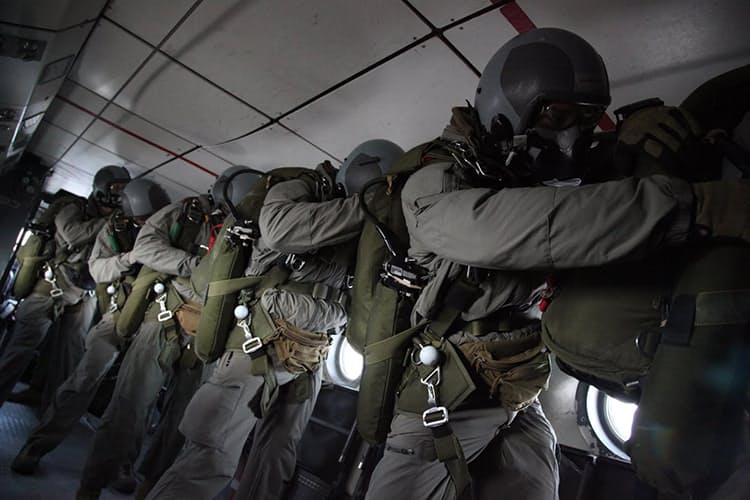 HALO and HAHO jumps are among the most dangeorus parachuting techniques, and they carry enormous risks to the soldiers attempting them. At altitudes higher than 22,000 feet, oxygen in the earth's atmosphere is low, so the jumpers wear a special breathing apparatus that helps prevent them from becoming hypoxic. The rapid ascent of the jump aircraft can lead to decompression sickness, so soldiers breathe pure oxygen for 30 to 40 minutes prior to the jump to acclimate and stabilize their bodies. Temperatures at 35,000 feet can dip as low as -50°F, so the jumper must wear a special polypropylene suit to keep from succumbing to frostbite while in freefall.

Despite the massive risks, HALO and HAHO jumpers continue to play an invaluable role in modern combat operations — and until there's a faster or stealthier means of getting behind enemy lines, there will be soldiers who stand ready to fall from the skies and into the firefight. [H] 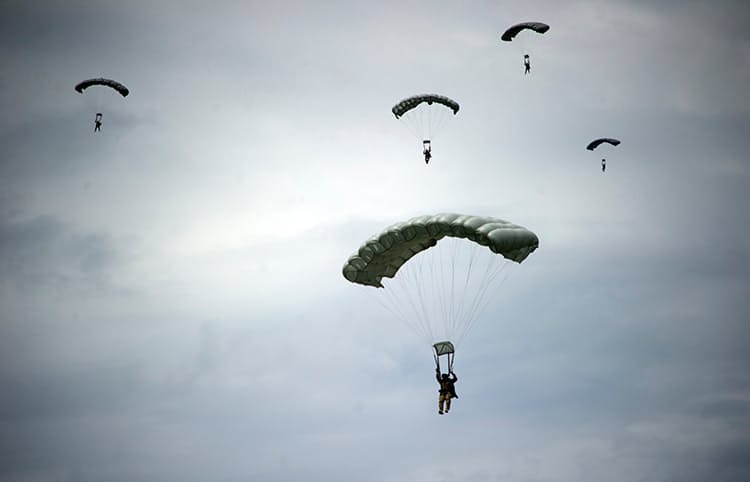 Thomas McDermott is an Editor at Huckberry
He likes big mountains, a good laugh, and breakfast food, and would
"probably jump out of a perfectly good airplane, if given the chance"
Follow his latest adventures on Instagram