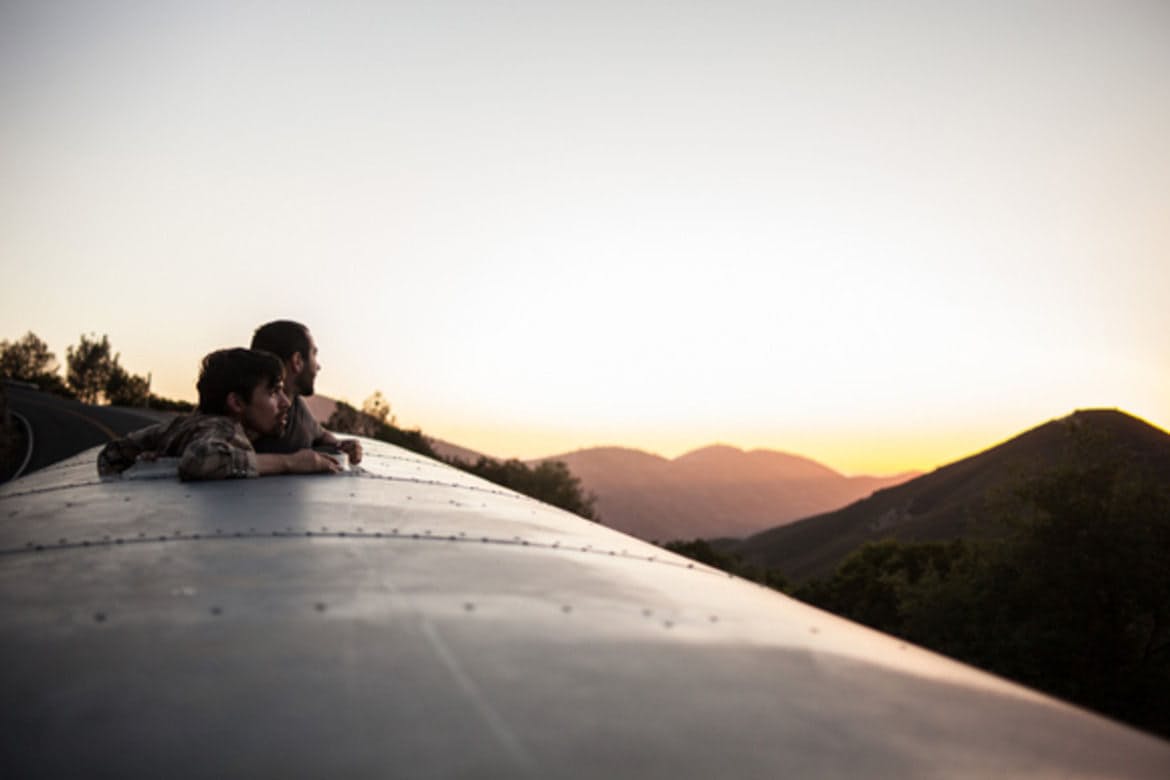 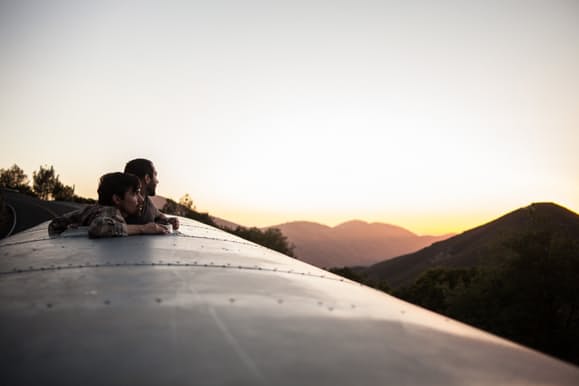 Something is happening in this country right now. As the economy recovers uncertainly and the real estate market remains tenuous, many Americans are looking at novel, alternative ways to live and save money. (In fact, we are moving to the suburbs in lower numbers than ever before).

Hank Buttita saw this trend, took the ante, raised it, and went all in. He doesn't pay a mortgage or rent an overpriced apartment or succumb to the soul-withering blackhole of the post-graduate job market. No, sir. Hank bought a bus. 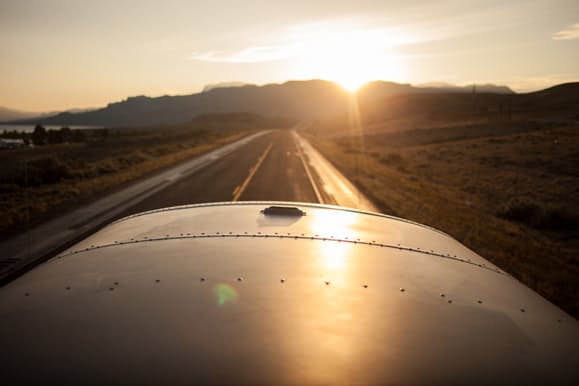 And not just any VW hippie van: this is a full-sized school bus. Painted gray, Hank dropped about $9000 into its purchase and overhaul, which isn't exactly chump change, but it's a lot cheaper than putting a down payment on a house.

The bus began as Hank's final project for his Architecture program at the University of Minnesota. What started as an ambitious grad school concept quickly became a real-life experiment designed to test the bus's functionality and encourage discussion about the Tiny Home Movement. 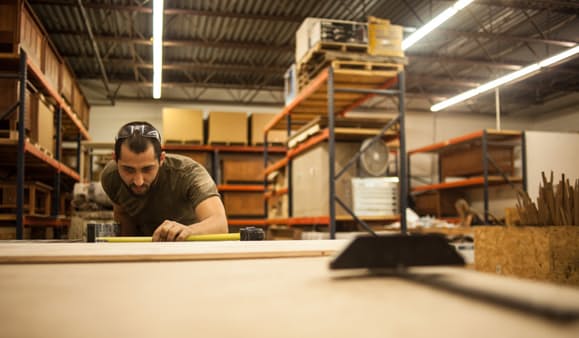 Fabricated of compressed plywood and ample ingenuity, Hank designed the interior of the bus to most efficiently utilize its narrow 225 square feet of space. 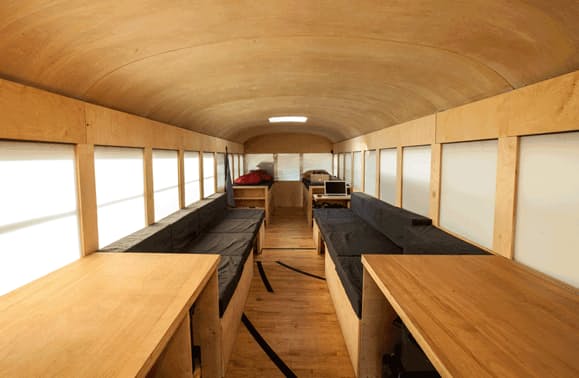 The flooring is reclaimed wood from gymnasium basketball courts. (Those lines are three-point lines, so shoot your paper towel into the trash from behind them for extra points). 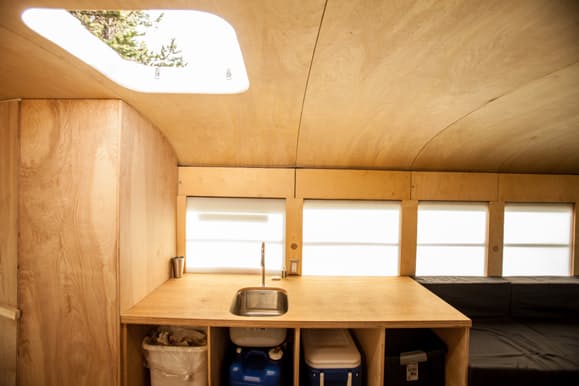 Multiple skylights provide a massive amount of natural light and are ideal places to enjoy an adult beverage. 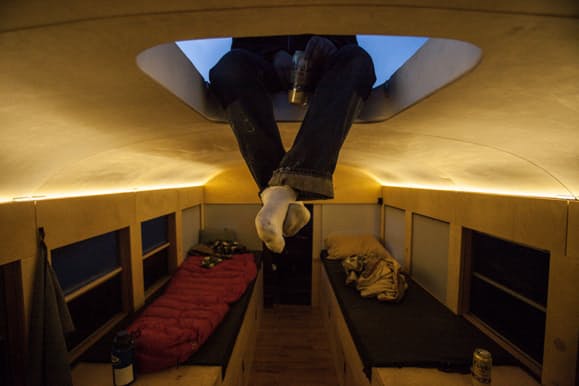 A long strip of energy-efficient LED lights illuminate the cabin and impress visitors. 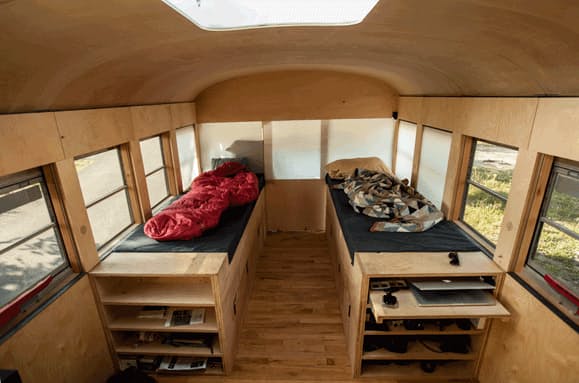 And would you just look at that sleeping area? That's nicer than our childhood bedroom. Where were you when we were kids, Hank?? The pillow fort potential is staggering. 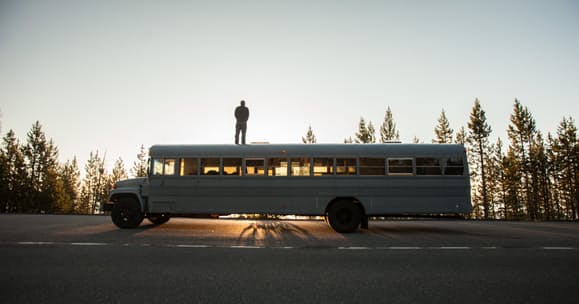 As for Hank's trip itself, it's happening right now: a meandering, 5,000 mile take-it-as-it-comes mission from Minnesota, down the West Coast, and then back up and east through the middle of the country. Hitchhikers, family members, friends, San Francisco party people: everybody rides the Hank bus. 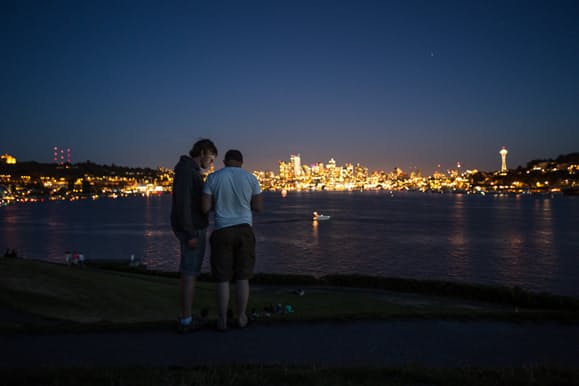 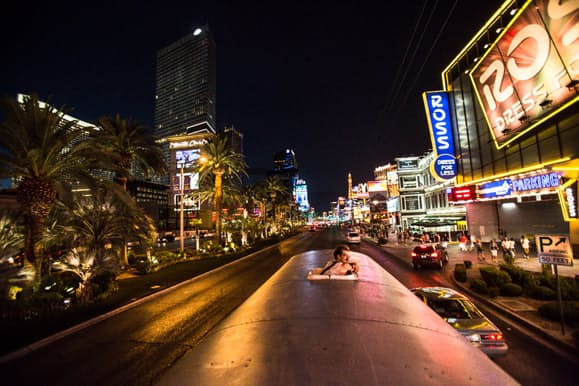 At last update, Hank and company were leaving Las Vegas (with that feeling of relief we all know) and heading into the Martian landscapes of Zion National Park, Utah. Let's briefly review some of their earlier stops, in Hank's words: 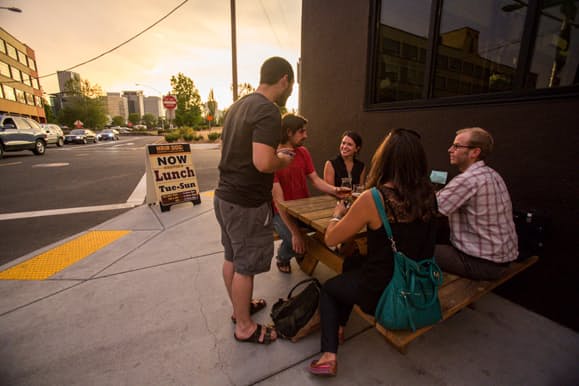 On the possibility of living in Portland: There was no machine to rage against. I would have grown a shitty mustache, joined a moped gang, and retired at 25.

On the spontaneous bus party in San Francisco: It was a wild ride, and I'm grateful the other passengers were only dancing on the roof while we were stopped. 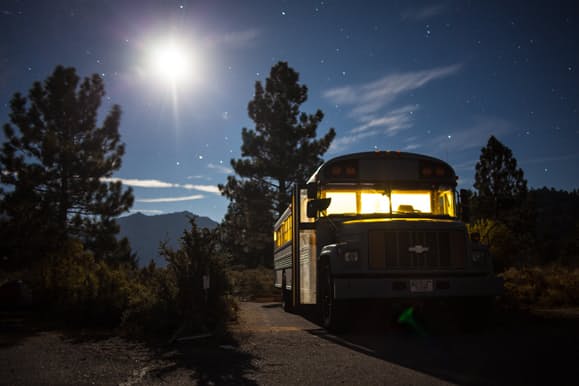 On encounters with Yosemite Sam: The [park] ranger stuck his head in the cabin and took a quick glance around. We held our breath for a moment, unsure where this was leading. After a brief pause, he simply uttered, "That's pretty rad," and left. 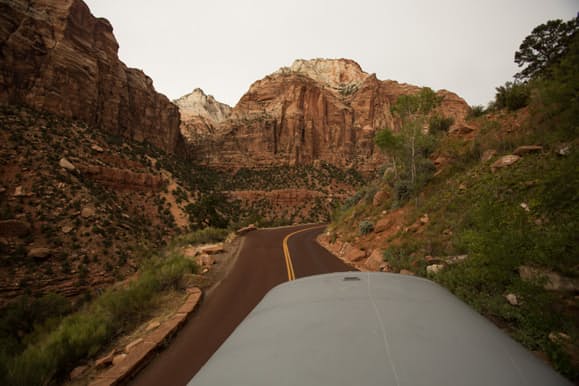 For more of Hank's mobile-living experiment (and funny anecdotes), follow his progress here.

Also, be sure to check out the lively comments section, where diehard Hank fans argue the merits of traditional plumbing versus composting toilets. 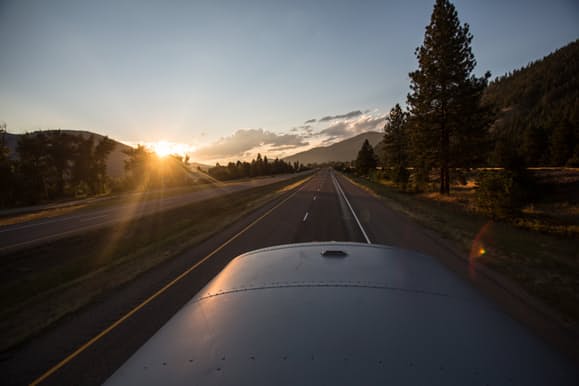 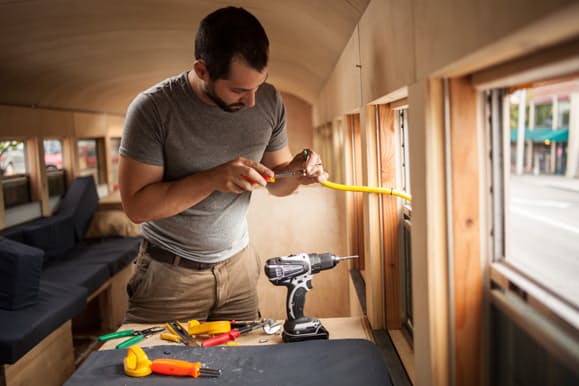 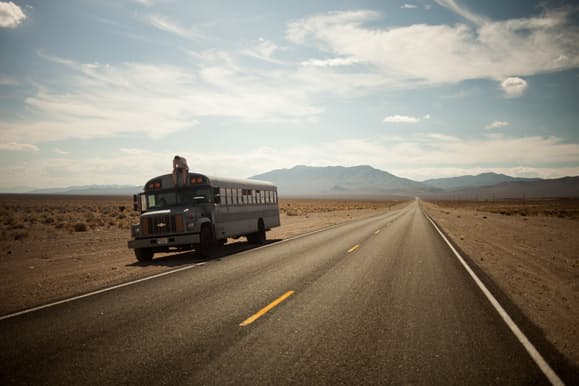 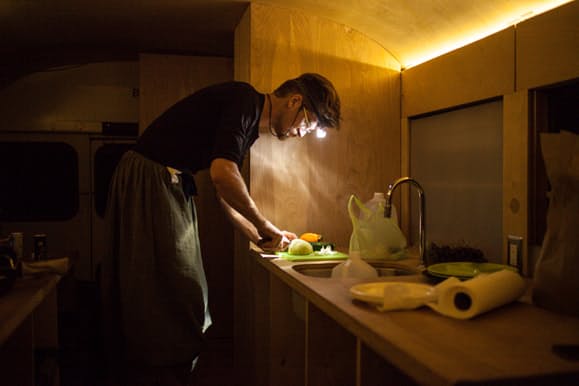 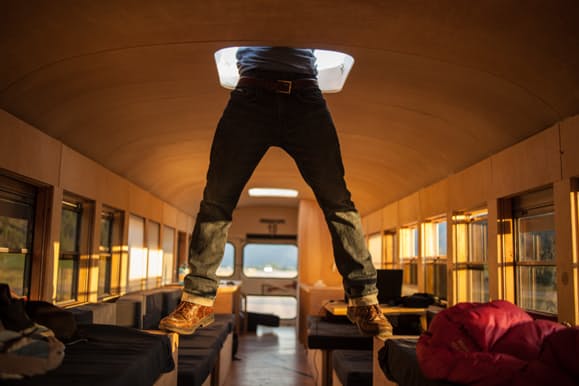 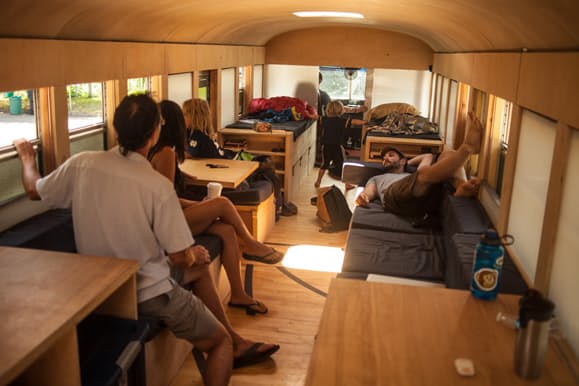 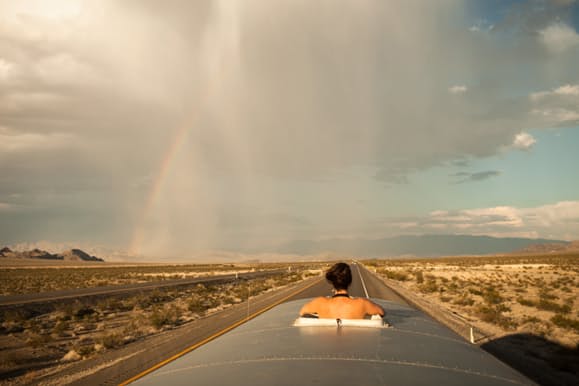 All images via Hank Bought A Bus.