A Guide to Manual Coffee Brewing

Whether you're under a roof or under the stars, you still need a cup of coffee in the morning

Shelby Moore is a freelance food writer and Assistant Director of Beverages at Crêpe Bar in Phoenix, AZ. Follow him on Instagram.

It comes as little surprise that coffee is one of the most widely-consumed beverages on the planet, but the figure is still astonishing — every day, Earth sips about 2.25 billion cups of the stuff. From iced caramel double-pump whatevers to shade-grown, single-origin craft coffees, the size and scope of the coffee industry is immense, and for good reason. Coffee, in more ways than one, keeps the world running — day after day, year after year.

For those of us who are coffee addicts drinkers, the last place we want to find ourselves without a cup of warm, caffeinated goodness is out on the trail, where more to see and do than there is time, and every bit of energy goes a long way to carrying on the adventure, while it lasts.

But while we drink coffee in both locales, there are coffee brewers that belong in the wilderness, and ones that should remain at home in the city — away from the knapsacks, campfires, carabiners and sheer cliffs. Here’s an easy categorical guide to selecting a location-appropriate brewer, complete with the quality and type of brew you can expect from each. 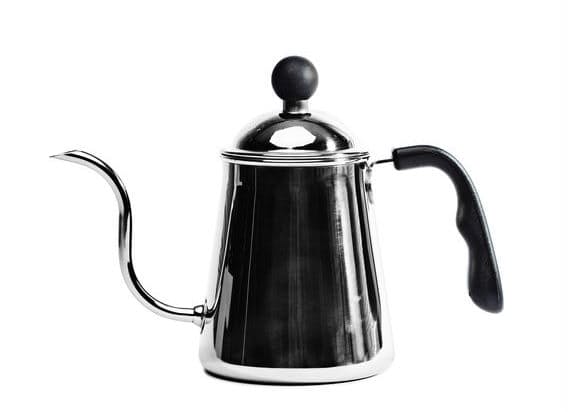 First things first: if you try to use any standard-issue kettle for these pour-over techniques, you're going to have a bad time. We're not saying that it can't be done — at least not nearly as easily (or well). You'll be hard-pressed to make a top-notch cup without the slow, steady pour afforded by a kettle equipped with what's referred to in the industry as a "gooseneck spout." We're willing to bet that it'll only take a cup or two of home-brewed coffee to convert your from your old machine, and a quality kettle like the one from Level Brewing Company is a hugely worthwile investment in the long run. 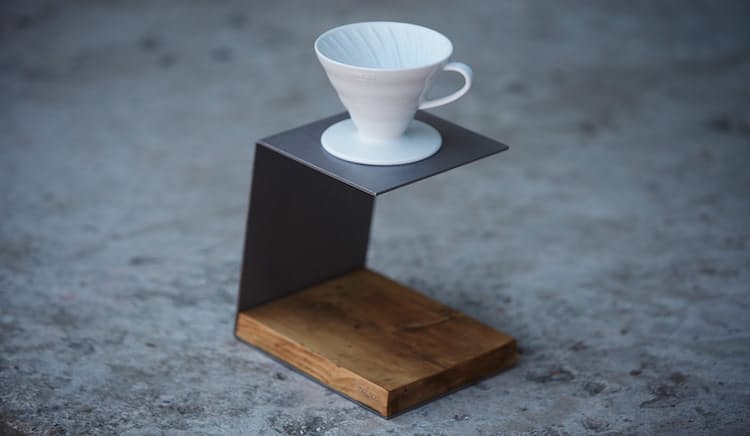 As common as modern, manual brew methods come, the Japanese Hario V60 is ubiquitous in the specialty coffee market (the brewer of choice amongst quality specialty shops) and is regarded as having revitalized the art of manual brewing. Though the commonly ceramic device can be found in travel-ready materials such as metal and plastic, the method remains fairly involved: a kettle with a precise, gooseneck spout is required, and for the purposeful brewer, so is an accurate scale to measure water concurrent to brew time. The filter is moderately porous and, as many professionals would claim, strikes the perfect balance between body and clarity.

As mentioned above, the Chemex is all-glass, rendering itself as the most fragile of the bunch. But a little extra care goes a long way, and its modern design savviness lies in its simplicity of use: the filter slips in the top, and once the coffee is brewed, the device become it’s own serving vessel. Chemex paper filters are some of the least porous used in coffee, and the result is a low and thin body but the highest available clarity of flavor. Most resembling tea, a coffee brewed by Chemex should be enjoyed on its own, away from the dominating flavors of pastries or juice, and with friends due to its high-capacity coffee bed. The Chemex belongs in any serious coffee drinker's kitchen — if you're not convinced, know that it appeared as none other than James Bond's brewer of choice in Ian Fleming's 1957 novel, From Russia, With Love. One place the all-glass brewer doesn’t belong, however, is the great outdoors.

The Kone first existed as a modification to the Chemex, allowing the home-brewer to opt out of buying and wasting paper filters in favor of a single, reusable metal filter. The latter lets through many of the flavorful oils that paper doesn’t, and consequently some of the finer coffee particles, for a cup of coffee with a richer body and enhanced mouthfeel. Able ditched the Chemex single-piece design and built their own house out of two ceramic pieces, the bottom of which doubles as a server. The Kone Brewing System is an investement — you’ll want to keep this one safe at home on the countertop.

Accessible, easy-to use, and relatively easy to clean, the French Press is as utilitarian of a brew method as it comes. Most of the time the device incorporates glass, but often it’s the more durable kind, and is held in place by a metal or plastic exoskeleton. Perhaps the most widely-used for traveling already, many are accustomed to the relatively heavy body that the metal mesh filter allows for — that classically strong, gritty campfire cup of coffee — and everyone knows how to use one.

The Aeropress is already the darling of specialty coffee-travelers a world over, whether by campfire or up in the air (see the #milehighaeropressclub for visuals). It’s like the French Press: easy to use, press-able, and has a relatively high body despite using a paper filter (though Able makes a metal filter modification called the Disk), which is more porous than its V60 and Chemex cousins. The device is fairly formulaic to brew with and, due to it’s fixed capacity, lends itself to you pre-weighing your beans ahead of time and ditching the scale. In this case, a precision spout isn't necessary: just pour quickly, stir, cap it off, and press. Made of space-age plastic, the Aeropress can be thrown as easily as the Aerobie flying disk, with about as little worry of breakage. What it doesn’t reward in throwing fun, it makes up for in predictable, outdoor-optimal brewing. For better or for worse, the device makes only makes around one cup per brew. 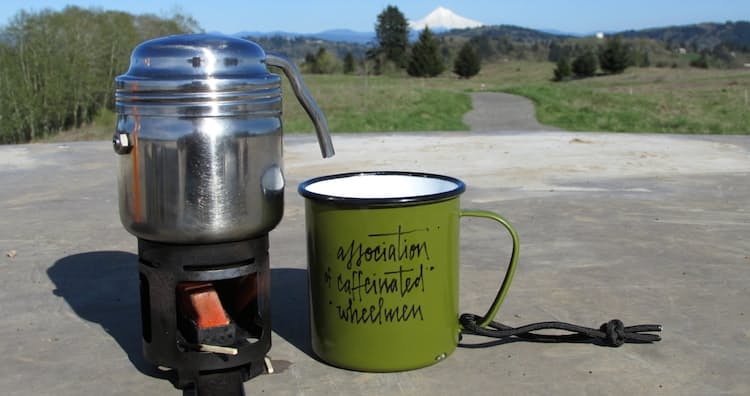 Unlike many of the other brew methods on this list, the Esbit is not widely used in specialty coffee shops nor at home in the kitchen. Actually, the entire purpose is the ease of use when paired with a portable burner or focused flame outdoors - and it doesn’t get any easier than throwing in your water and ground coffee, then letting the flame push the boiling water up through a mesh filter, through the spout and into a mug. The body is high, since no paper filtration is involved, but many of the manual brewing variables associated other common methods are largely out of your control.