Just south of the skyscrapers, Pioneer Square, the tourists and the ferry terminals in downtown Seattle, lies SoDo, an industrial neighborhood that has somehow managed to avoid some of the gentrification typical of the rest of Seattle.

The busy streets are shared by commuters, football and baseball fans heading to the stadiums as well as armies of container trucks heading to and from the Port of Seattle. There in a nondescript building, recognizable only by a red flag over the front door, there’s a distillery whose founders are single-handedly rethinking everything there is to know about American single malt whiskey.

At Westland Distillery, long before your eyes get a chance to take in the handsome tasting room decked out in exposed wood, your nose is greeted with a sweet and malty aroma signifying that you are indeed in the right place.

It was there that I met with Westland’s Master Distiller Matt Hofmann. We stood in the middle of a wide open room lined on two sides with marked and branded barrels - a single malt temple of sorts - and a red Westland flag hung from the tall ceiling.

It was still early in the morning and the room was dark, save for the rows of twinkle lights strung from the ceiling, but just because the distillery wasn’t open to customers, didn’t mean it was quiet. The copper stills in the room next door were humming away while technicians took readings and watched over the distillation process. We walked into a room lined with dozens of small bottles filled with varying shades of amber spirits. It’s in that room, isolated from noise, smell and other outside influences and senses, that Westland’s crucial blending work happens.

“We don’t really consider ourselves a craft distillery,” Master Distiller Matt Hofmann says, careful not to lump Westland in the same category as the other newcomers...and for good reason.

When Washington legislators eased regulations in 2012 to allow the creation of craft distilleries, the state was almost immediately flooded with new and aspiring startup distilleries all angling for their piece of the pie. Some have already gone out of business, others have had some degree of success, but only a handful have made such an impact with patrons in and outside the Evergreen state as Westland.

To achieve this, Westland has relied on all that is distinctly Northwest to create their spirits. The distillers take advantage of Washington's unique natural characteristics, like Skagit Valley grains, Washington State peat and Pacific Northwest oak, to craft a whiskey and the barrels for aging that whiskey. The whiskey itself is aged at a rack house in the cold and moist coastal climes of Hoquiam.

Hoffman calls it Washington’s “cultural terroir” and it’s no doubt not only helped Westland establish the Northwest as a new bed of single malts, but also establish the entire category of American single malts too. Cheers!

How to Taste Whiskey: Notes from a Master

There is no one right way to appreciate whiskey. But for the thoughtful analysis of what’s in the glass, the folks at Westland do follow a rigorous routine. Here are a few tips from their Master Blender to help you get the most of out of every dram.

GLASSWARE
The right glass can improve a whiskey greatly. A tulip-shaped glass like these from Glencairn Crystal work to concentrate the aromas and reveal a whiskey's full array of nuance. Fill it to the widest point in the glass and you’re ready to begin.

NOSING
The one common mistake in first nosing a whiskey is to take one large breath like you would with wine. Given the significantly higher level of alcohol in whiskey as compared to wine, you want to be careful to take a slower approach. Don’t stick your nose all the way into the glass. Instead, take several short whiffs from closer to the rim.

TASTING
Similar to nosing, you want to take a measured approach to tasting whiskey. Take a small sip first and move it around your tongue and mouth. This will help your palate acclimate to the alcohol level. From there, take sips as you normally would, making sure to allow some air to come in. Let the whiskey coat your tongue and mouth before swallowing.

WATER ADDITIONS
Adding water will change the chemistry and proof of the whiskey, and as a result, its flavor. Serious maltheads prefer their whiskey at Cask Strength (the alcohol level of the final matured spirit taken right from the cask) just like the Huckberry Exclusive cask. Adding water—just a few drops at a time—allows you to explore the whiskey at various strengths, revealing different flavors and ultimately letting you decide how you like it best. 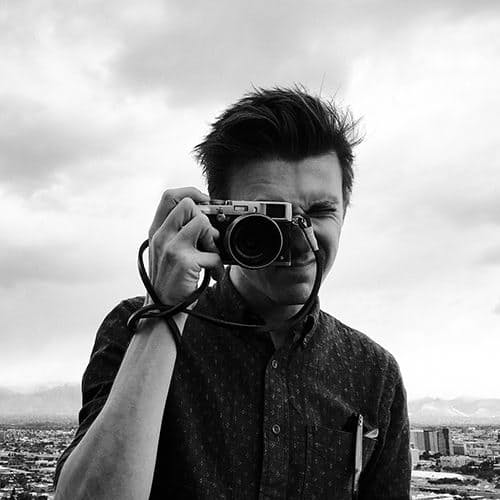 Andy Bokanev is a photographer based in Seattle, WA. He can often be found on two wheels, at a coffee shop, or at an airport.

Add These Cabins to Your Bucket...