liked my tattooed, jovial barber, already. When he found out I went to college in North Carolina, we started discussing the kind of happiness that only mountains and good barbecue can bring a man. Within just a couple of minutes, Dan and I were laughing like old friends, and I could see why this place had become such a popular spot.

Dan's been cutting hair and trimming beards at Fellow Barber ever since the San Francisco location opened up shop on the corner of 18th and Valencia more than three years ago. I'd passed by countless times on my way to the office, and finally decided I'd get a cut there one day after work. I stopped by on my way home, thinking I could just walk in, when I was told that the wait was two and a half hours. 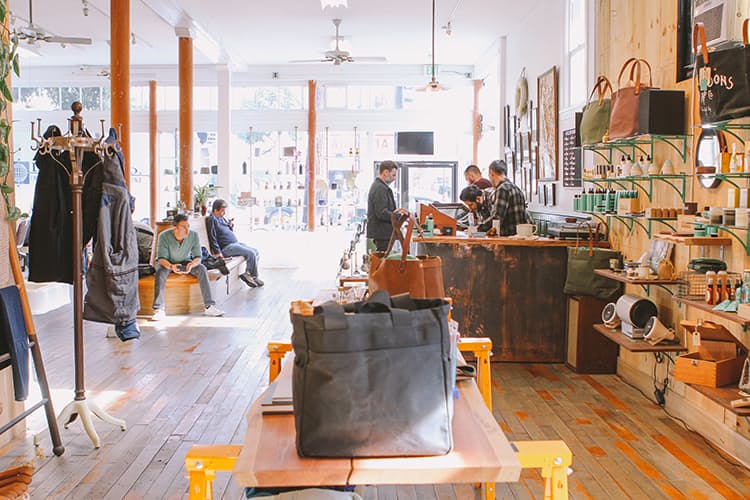 "Sometimes that's the only time you have to yourself. That little space in the morning or right before bed. That's why guys get so into shaving with a double-sided razor. It becomes a ritual."

The old-school barber shop and classic shave have seen a resurgence over the past few years. A new generation of men have chosen to buck the speed of an electric razor in favor of trying their hand at the straight razor. It's forced them to slow down and appreciate the process rather than just rushing through in a mad dash before work. The same goes for haircuts. More and more guys have started seeing a trip to the barber as a chance to enjoy a tradition, rather that just another chore to get through on a Saturday morning.

I asked Dan if he'd noticed the same, and he agreed. "Definitely. I think it's cause sometimes that's the only time you have to yourself. That little space in the morning or right before bed. That's why guys get so into shaving with a double-edge or straight razor. It becomes a ritual." 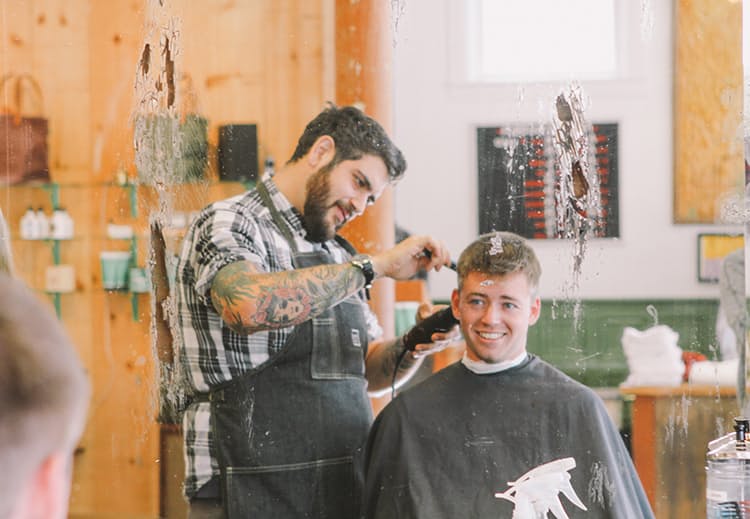 It makes a lot of sense when you think about it. Today, efficiency is valued over just about everything. The inevitible rush of the day-to-day has cost us our appreciation for tradition.

It's easier and faster to just mindlessly run an electric razor along your face, but to take the time to use a straight razor — to actually have to focus on the task at hand — has become a welcomed break in the day for a lot of us. 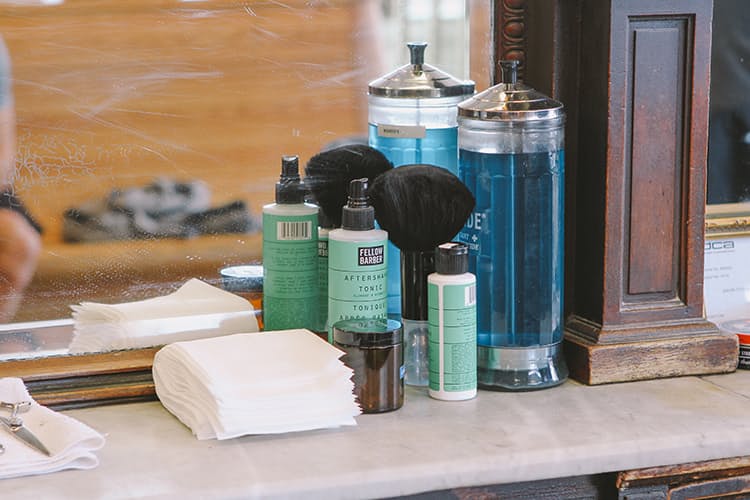 From the moment I walked in, I could tell the vibe at Fellow Barber was very different from every other shop I'd ever been in. First off, there was a whole wall dedicated to everything you'd need for your morning routine; from razors to aftershave — even the Filson dopp kits you'd need to carry it all. Then there was the group of guys hanging out, drinking coffee and talking on the benches by the window, and it didn't seem like a single one of them was in any particular hurry to actually get their hair cut.

This, Dan explained to me, was exactly what Sam Buffa had in mind when he founded Fellow Barber. When he opened the first shop in NYC, he wanted to create a place in the community that had more modern amenities, but was reminiscent of the barber shops from years ago. The kind of places where guys spent entire Saturday afternoons, not because they had to, but because they wanted to.

Whatever is that they're doing, it's working. That first shop in NYC has grown to include three more locations in different boroughs, plus the one here in SF, and there are plans to open up three more in Detroit. 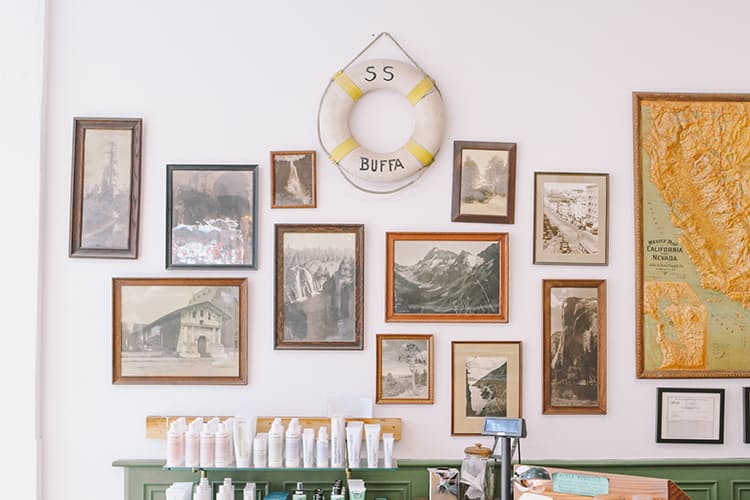 Like most guys, I don't spend a whole lot of time thinking about what to buy as far as grooming products, but Dan insisted that splurging for the good stuff can make all the difference when you know where to spend and where to save. I asked him what he considered a worthy investment and he came up with the following: 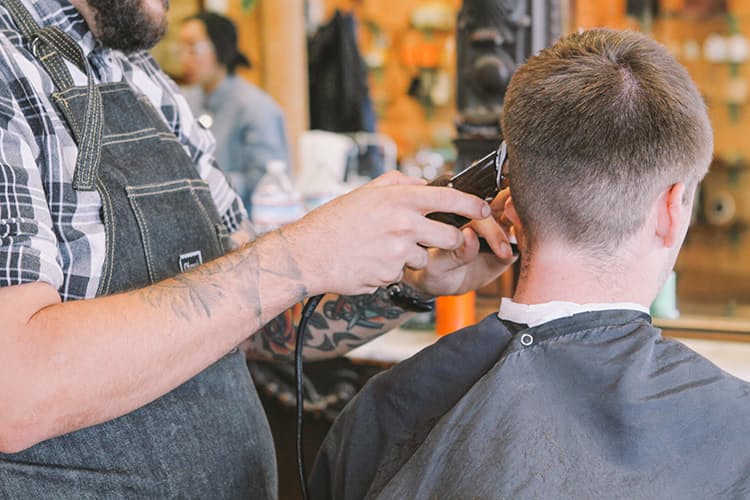 "What about the three most important tools you've got on your sink?" I asked, and with a little thought, Dan replied, "A good stainless-steel pair of scissors. You know for nose-hair, eyebrows, whatever. A quality pair are definitely worth it for how often you'll be using them." He paused, wiped his blade clean, and continued, "Two towels. one hot for after the shave, and one to dry off — and if you have a beard, definitely get a comb with big teeth to get the tangles out."

I watched as Dan flicked the scissors back and forth across my head. He seemed completely at ease — the mark of a man who takes pride in his work, but has done it long enough that he doesn't need to think twice about it. 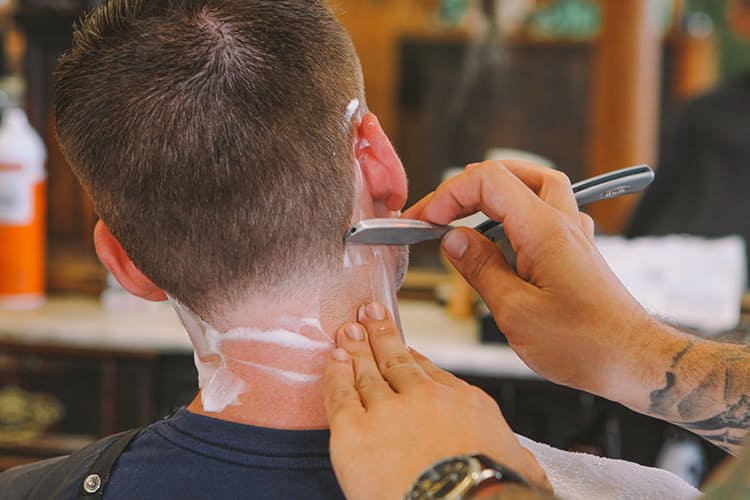 At one point he stopped, pointed to my head and said, "You see how you've got pretty thick straight hair? Well, you want to add texture and hold otherwise it'll fall flat. I'm blending our Texture Paste with a Strong Pomade and that'll help give it a little more definition and make sure it holds throughout the day."

"Make sure you always comb product in," he added, "even if you work it in with your fingers after, the comb is what helps spread it around." 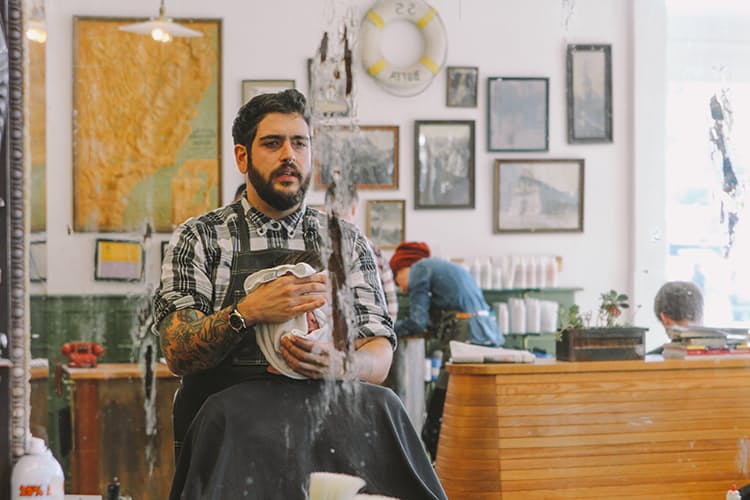 The more we talked, and the more I saw my haircut start to take shape, I started to realize what it was that set Fellow Barber apart from every other place I'd been. It wasn't just your standard 'high and tight.' You're asked more questions than just what number buzzer you want on the sides, or how many inches you want taken off the top.

Dan explained everything as he went because he wanted you to be able to walk into your next haircut knowing exactly what it was that you liked so much about the last time. As I said my goodbyes and stepped back out into the hustle and bustle of Valencia street, I had a new appreciation for what separates a good haircut from a great one.  [H] 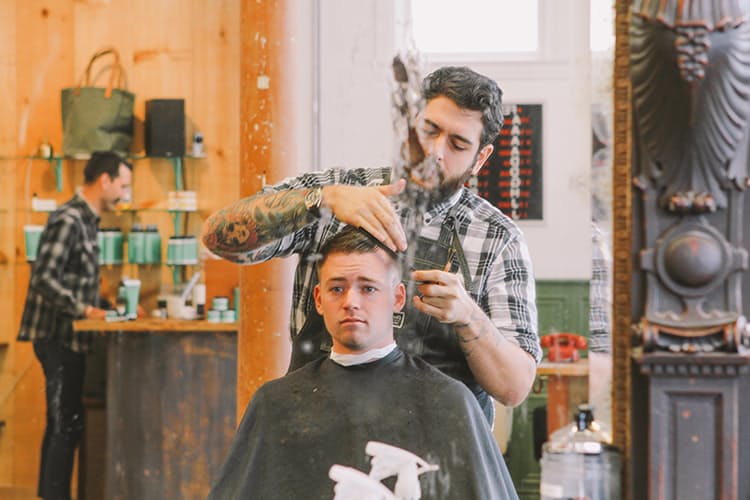 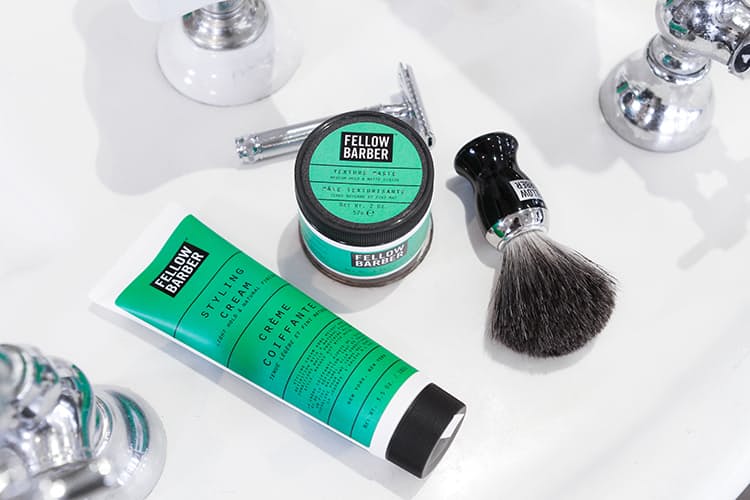 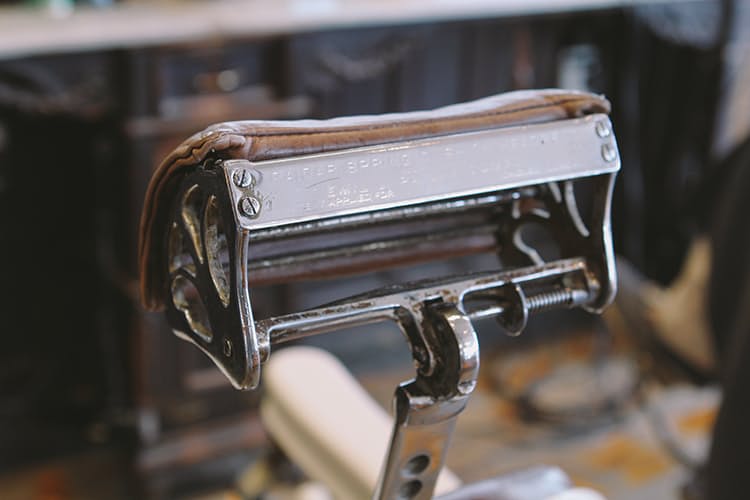 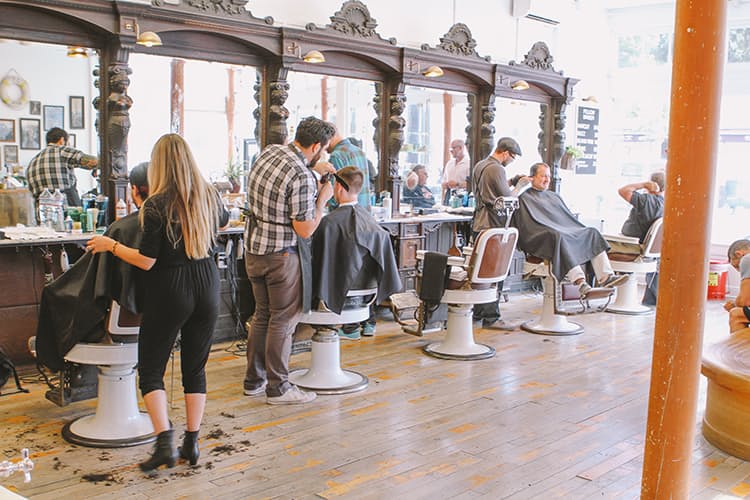 Thomas McDermott is an Editor at Huckberry.
When he's not getting a haircut, you can find him up in the mountains or down at the bar.
Follow his latest adventures on Instagram.