A Guide to Fat Biking

Don't let the snow slow you down. This winter, get rolling on a fat bike with our handy primer

By now, there’s a good chance you’ve either heard of fat biking or done it yourself. It’s one of the fastest growing winter sports, and it also happens to be one of my favorites. I first wrote about fatties two years ago, when the sport was just taking hold in ski towns along the Rocky Mountains. From my first fatty, a bike with 3.8-inch tires that I pedaled seven miles in snow to the Maroon Bells in Aspen, to the 4.5-inch Salsa I broke in on New Mexican sand, it’s plain and simple — fat bikes are fun.

The inaugural Fat Bike National Championships earlier this year in Utah prove that a lot has changed in the last few years. A growing number of resorts are allowing these winter-ready mountain bikes onto trails around the country, and brands are responding to the demand with lighter, cushier, and faster steeds. And where rental options were once hard to come by, now they’ll probably be gone before you get there. Get rolling this season with the information below. Just make sure you reserve your bike in advance.

Who can we thank for these shenanigans?
The fat bike is rumored to have its roots in Alaska or New Mexico, depending on who you ask. When the first Iditabike event was held outside of Wasilla, Alaska, in 1987, contestants realized they would need a larger tire to tackle snow and ice. Around the same time, a guy named Ray Molina was riding his bike on sand dunes in southern New Mexico. He also realized that a wider footprint would help him navigate the terrain, and began manufacturing a 3.5-inch tire and matching frame just across the border.

Nowadays, nearly every bike brand you recognize like Specialized, Salsa and Surly (and plenty you might not, like Fatback, 616 and 9:Zero:7) are producing their own version of what was once a very niche type of bicycle. Chances are your local ski resort is hosting a fat bike race this year, or will be soon, to meet the growing demand and enthusiasm around the sport.

Where do fatties work best?
The fatty was once seen as a specialty bike, but now it’s accepted as a normal bike with extra fun. True to their controversial origin, it is known as master of both sand and snow. The bike’s extra large tires provide optimal grip in sandy situations and on loose rocks, allowing you to power through obstacles that might cause a less endowed bike to swerve.

The reason? More surface area means more contact with the ground, and in turn, more pedal power. This makes the fat bike a capable ride year-round, in nearly any environment. And with an extra-sturdy frame and capable personality, the fat bike is also an ideal rig for bike camping, which allows the more advenutrous among us to take long, self-supported journeys through the woods or along coastlines on two wheels.

Does (tire) size really matter?
If you’re a passionate mountain biker, you’ve probably already tried to ride in the off-season, but you might’ve found it immensely difficult. That’s because the answer is yes — size definitely matters. When you’re selecting either a rental fatty or one to call your own, keep in mind that tire widths range from three inches to a ridiculous 4.8 inches.

Depending on the terrain you’ve got in mind — whether it’s sand, mud, slush, or snow — test ride a couple of widths to find one that feels the most fun. No matter what tire size you choose, expect the bike to feel a lot faster and nimbler than it looks.

Ok, I’m sold. Now what do I wear?
If you’re riding in the southwest, wear what you normally would for a day on the bike. If you’re riding in the snow, everything changes. Clipless pedals become suicide devices, and your fingers will likely freeze after one lap in the elements. Opt for comfortable waterproof boots with good tread — you don’t want to be locked into your pedals if you need to unexpectedly put your foot down (and you will). Lobster-claw cut gloves are the most adept at keeping fingers warm, but keep some hand warmers nearby just in case.

What should I know about snow biking etiquette?
Fat biking is like the snowboarding of the Nordic world; that is, you’re probably going to piss some purists off. To respect the order, always stay on designated trails. If you’re allowed to share a track with classic and skate skiers, do not ride down the center of the course. Doing so could create a rut that will literally launch people out of their skis. Trust me, I’m both a fat biker and a Nordic skier. And of course, if you’re making a rut to begin with, conditions probably aren’t right to be pedaling.

New Mexico: La Tierra Trail System
Built for bikers, the La Tierra trail system just outside of Santa Fe is a singletrack dream. Great for any time of year, the trails dip sporadically down into dry riverbeds full of sand (called arroyos) — the perfect places to test out your grip. Fatty rentals are hard to find in Santa Fe, so plan on bringing your own.

Colorado: Crested Butte Nordic Trails
Crested Butte and Marin County argue mercilessly as to who invented mountain biking. Regardless of who is to thank, Crested Butte arguably has better options for doing it in the winter. Pick up a rental at Big Al’s Bicycle Heaven and head to the Skyland Loop trail off of Brush Creek Road, where you’ll ride perfectly packed-down singletrack.

Editors Note: Sorry, Whitney. It's pretty obvious to us that Marin is the winner here.

Vermont: Kingdom Trails
For those on the East Coast, you can’t beat the trails at Vermont’s Kingdom Trails. They pack the trail (it’s nearly impossible to fat bike in powder) with snowmobiles and snowshoes, making a system entirely for your riding pleasure. Rent at the Nordic Center on Darling Hill and let ‘er rip.

Washington: Methow Valley Nordic Trail System
Methow Valley in Eastern Washington is renowned for its Nordic trail system. And with more than 120 miles of groomed trails in the wintertime, it’s easy to see why. While not all of these are open to bikes, it’s still at the top of the list for Pacific Northwest fat biking. Rent at Methow Cycle & Sport and start pedaling — you have a long way to go.

Alaska: Basically Everywhere
We’ve got New Mexico on the list, so it’s only fair to include Alaska. Any (populated) destination you visit in Alaska will likely have fat bike rentals, and some companies will even take you on overnight trips. Not only can you get off the trail in the last frontier, but you can do it year round. You know where to find me this winter! [H] 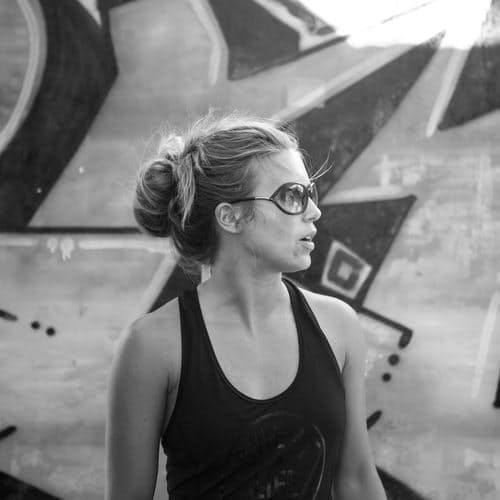 Whitney does marketing at Outside GO, loves donuts, and is a total endorphin junkie based in Boulder, Colorado.

The Rally for Rangers...