The Huckberry Guide to Fall Beer

fter a long hike, there’s pretty much nothing better than cracking open a cold one around the campfire — which is exactly what we urge you to do after you get done reading this guide. This, year, we’re heading into the outdoors with rich, dark stouts and hop-heavy IPAs, the kind of stuff that warms you from the inside out with every sip.

In the spirit of adventure, we’ve put together a guide to some of our favorite fall beers that stand out not just for taste, but for the fact that they’re in cans — they protect the beer from sunlight and oxygen, which are a craft brew’s two worst enemies; they’re easy to stash in a backpack and are unlikely to break on the hike in; and when they’re empty, they’re light and easy to pack right back out again. From year-round favorites like Anchor Steam Brewing’s IPA to newer finds like Peak Organic Brewing Company’s Fresh Cut Dry-Hopped pilsner, we’re raising a can and toasting to fall. 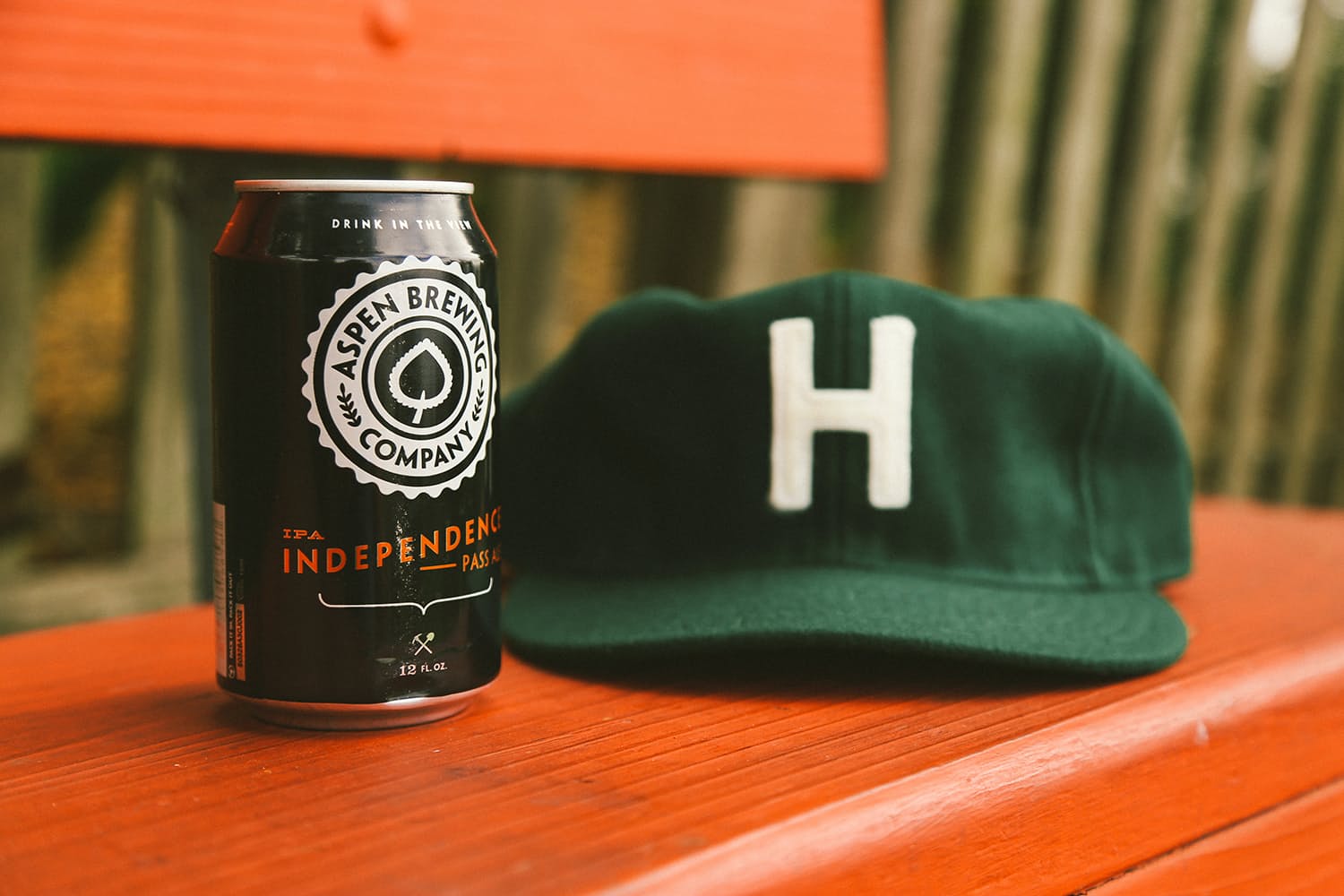 At 12,095 feet above sea level, Independence Pass looms above Aspen, Colorado, home to winter skiers, summer hikers, and one hell of an IPA from Aspen Brewing Company. Founded in 2008 by a nearby University of Colorado at Boulder graduate with a passion for craft brewing, this brewery’s love for the outdoors extends beyond bagging local 14ers — they’re one of three breweries in Colorado that have signed the Clean Water Act with Environment Colorado and the Environmental Protection Agency.

The Independence Pass Ale IPA uses bright, citrusy hops to give exceptional flavor to this hard-hitting and classic-tasting brew; you won’t be able to tell if it’s the altitude or the seven percent ABV that has you feeling a little tipsy.

Pair it with: Some top-notch barbecue. 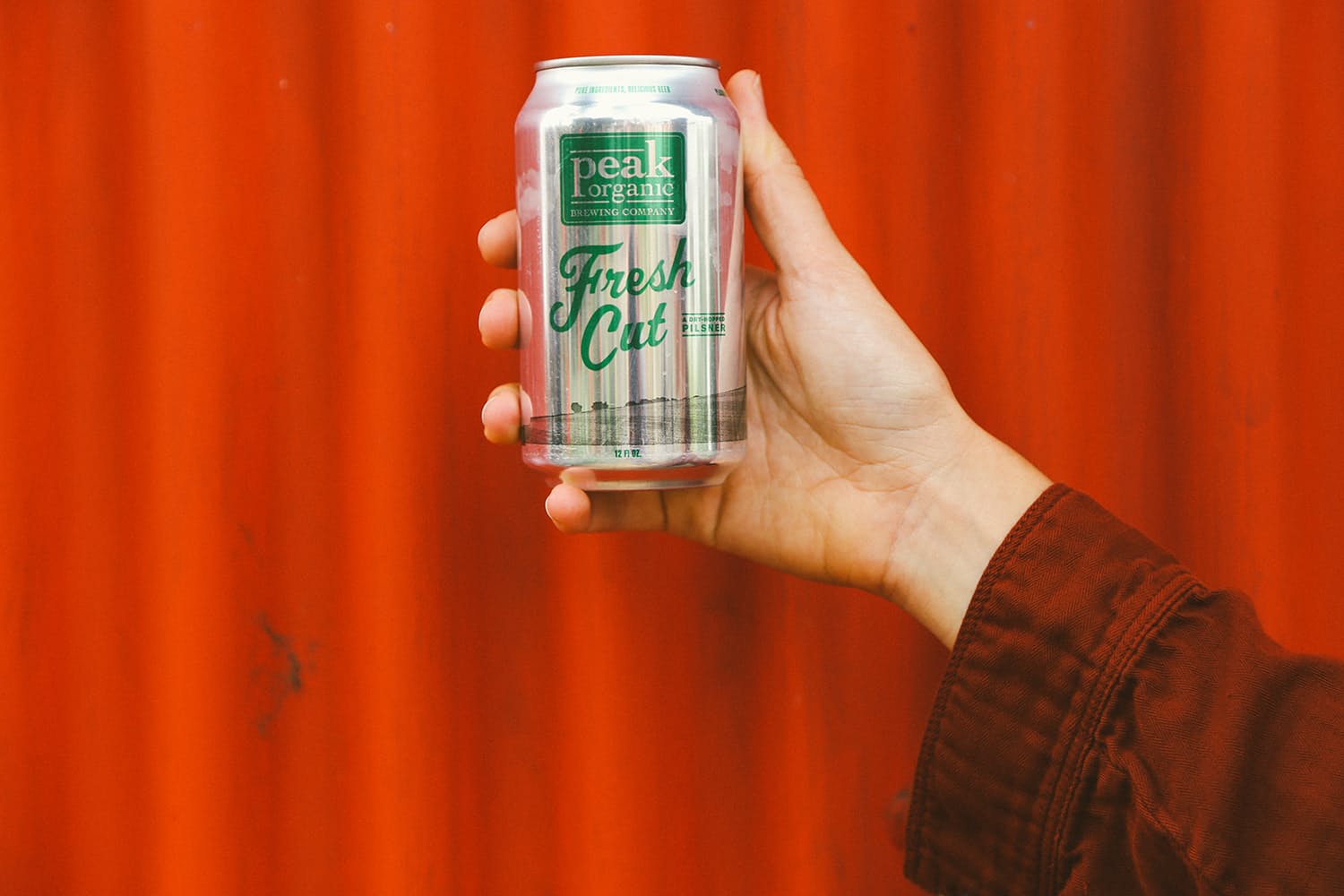 It was a landmark day when Peak Organic Brewing Company brewer Jon Cadoux realized that you didn’t have to sacrifice flavor for sustainability. From their origins in the mid-90s to today, Peak Organic has used hops and malts from farmers in and around Portland, Maine, each can a taste of home.

Fresh Cut is a dry-hopped pilsner that, on first taste, masquerades as an IPA with strong hops and citrusy, grassy aromas. The finish, though, is crisp, dry, and refreshing — a classic pilsner that compliments almost anything you could eat with it.

Pair it with: Grilled lobster. 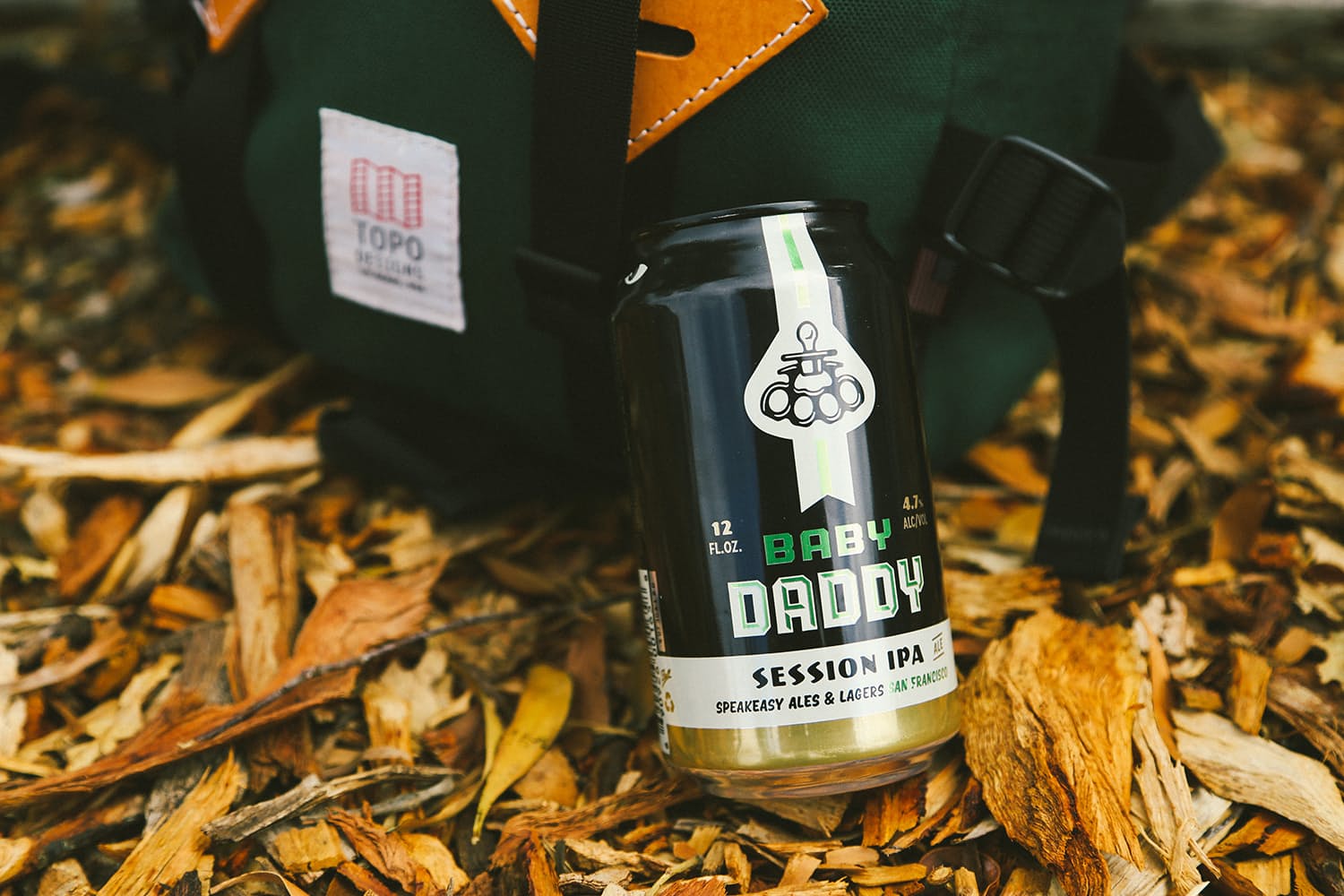 Speakeasy’s 1920s-themed bottle artwork and Prohibition-style lagers had us at hello, and tasting any one of their brews had us hooked. The San Francisco brewery celebrated 2015 with the opening of a 60-barrel brewhouse and all-new fermentation systems, increasing their capacity to 90,000 barrels per year.

We’re stoked to try out Speakeasy’s Sessions 47 Series, their first beer in cans that makes for incredibly easy drinking at a 4.7 percent ABV. Their first release was this Baby Daddy IPA, a hop-loaded, crisp beer with citrus and tropical notes like grapefruit, melon, lime, and passion fruit.

Pair it with: Campfire enchiladas. Hops are great for cutting through spicy food. 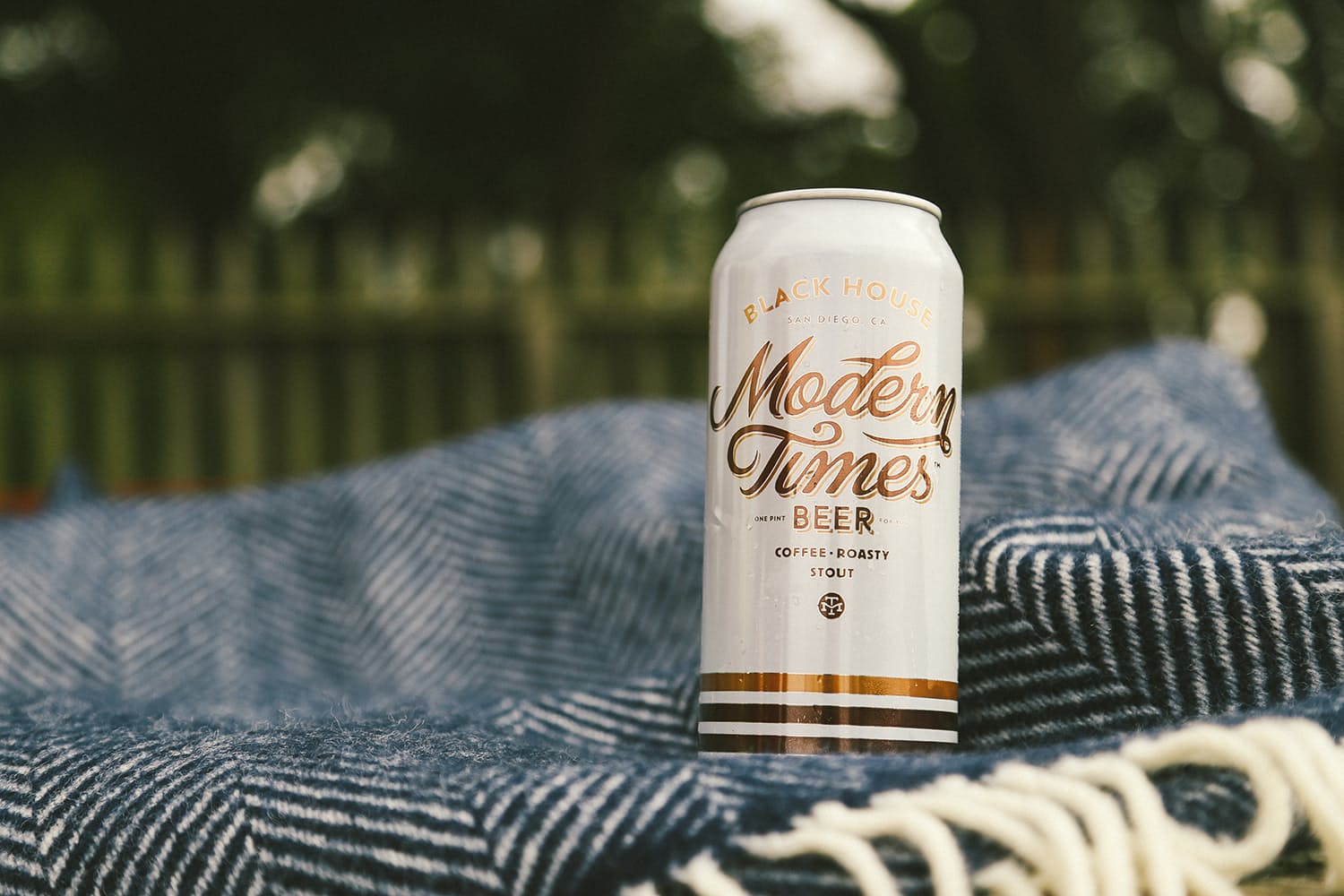 Based down south in San Diego, Modern Times Beer is one of the only breweries in the world that also roasts their own coffee. Lucky for us, the result is the Black House Coffee Roasty Stout, which uses a handful of different malts and two coffee varietals (Ethiopian and Sumatran) to create this incredibly rich and flavorful beer. This oatmeal stout has a creamy, chocolate-covered espresso bean finish — one that you, too, can create at home following Modern Times’ home brew recipe. 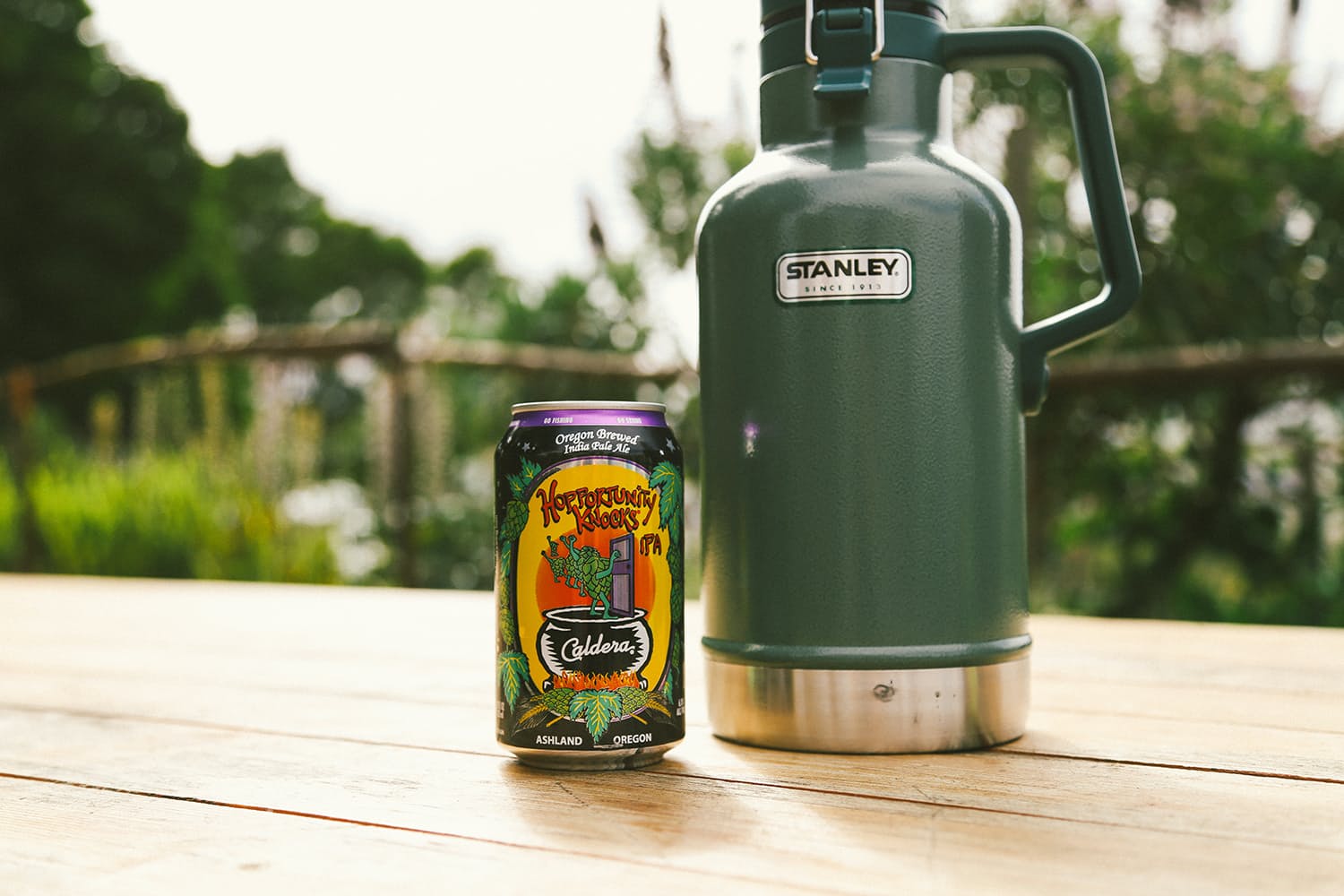 Back in 2005, Caldera Brewing Company was the first craft brewery on the West Coast to can their beers. Ten years later, we’re raising a toast to these trendsetters with their Hopportunity Knocks IPA, a classic India Pale Ale that’s hoppy, slightly bittersweet, and has notes of pine, citrus, and cedar — that is, perfect for drinking outdoors, and preferably under a canopy of old-growth redwoods.

Pair it with: Hazelnut marionberry s’mores. 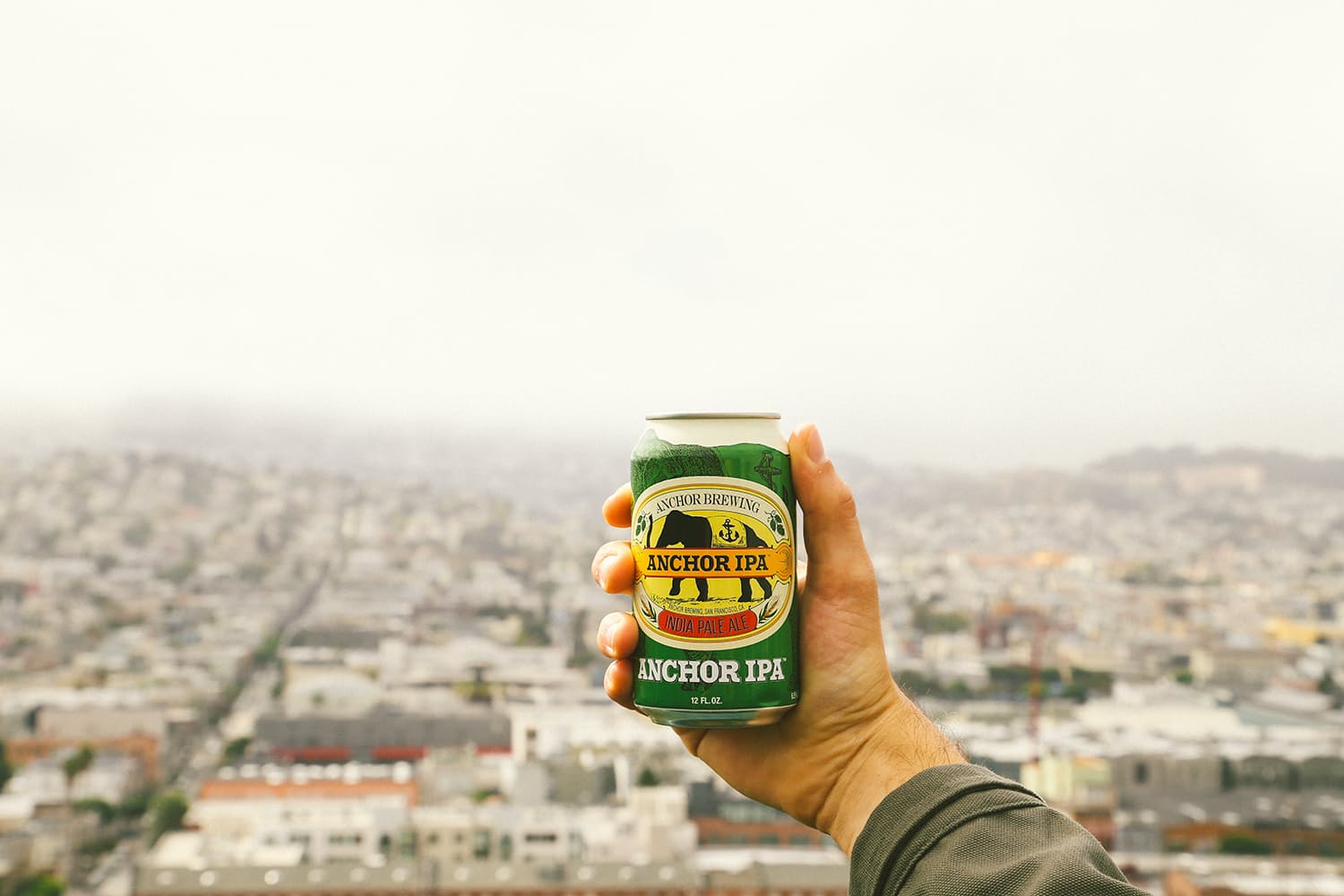 When the California Gold Rush lured thousands of Americans west in the 1800s, someone needed to make sure there was enough beer to go around once the crowds hit San Francisco. That someone was Anchor Brewing. The United States’ first craft brewery has been in business since 1896, and today operates out of a traditional copper brewhouse just blocks from the Huckberry office in Potrero Hill.

In 1975, years after the Gold Rush had ended, Anchor pioneered the American revival of dry-hopped, handmade ales. 40 years later, we’re celebrating that tradition with the Anchor IPA now in a can — a perfectly adventure-ready vessel for this flavorful and timeless IPA.

Pair it with: Another San Francisco classic, a hearty cioppino. 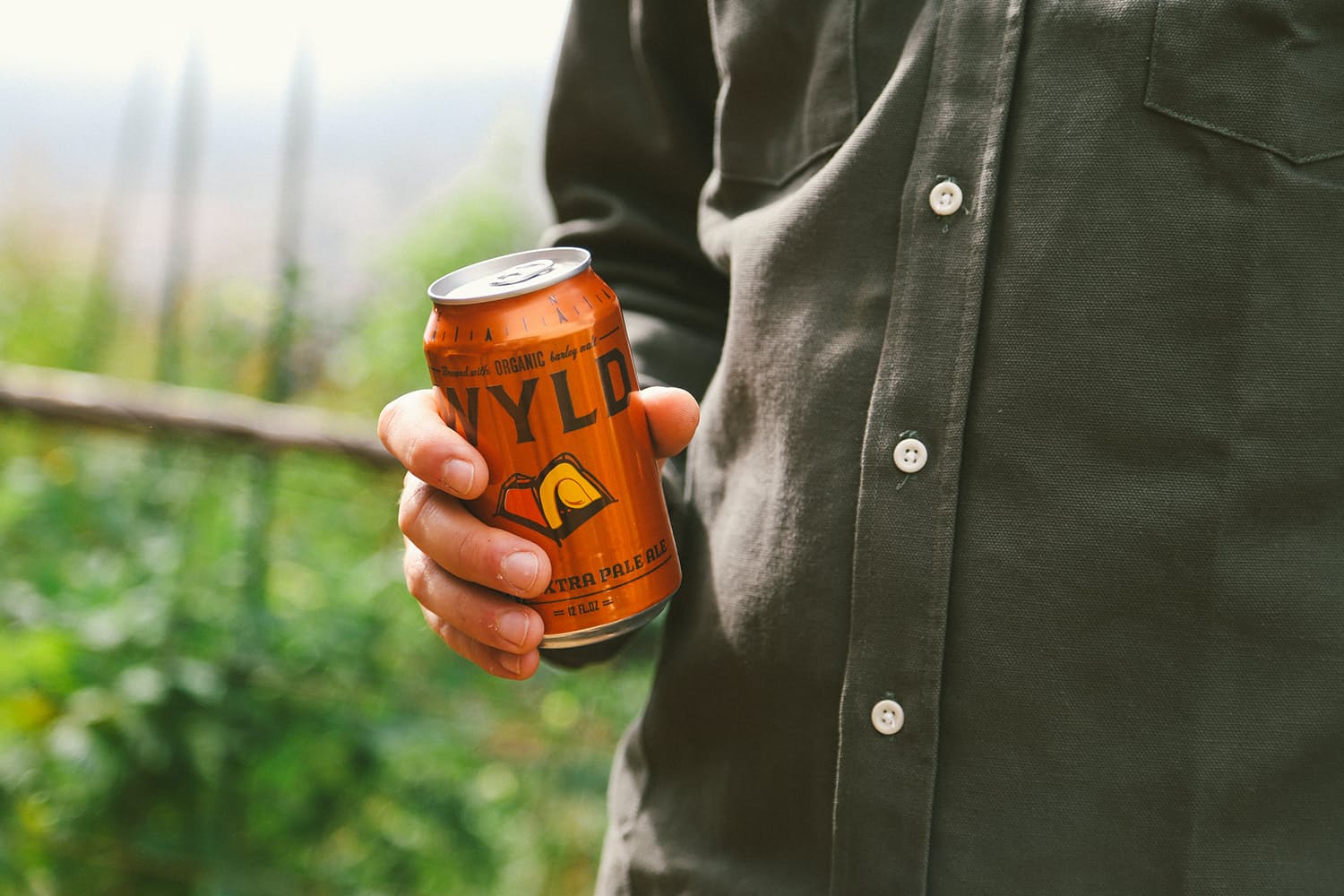 Named after the mountain range in northeastern Utah, Uinta Brewing Company was founded in Salt Lake City in 1993, and in 2001 became the first 100 percent wind-powered company in Utah — which means that their beer is brewed using entirely renewable energy.

We’re packing up a can or two of their Wyld Extra Pale Ale, an aggressively dry-hopped brew that showcases Uinta’s heavy hop flavors and bright notes of citrus and pine.

Pair it with: BBQ chicken and sharp cheddar calzones.

< Cooking in Small Spaces
5 Easy Hacks for a Healthier Life >