Elvis Presley was an absolute gearhead. In the 50's, he made two Cadillacs famous: a pink Fleetwood Series 60 and an Eldorado with Fins that would make a 747 jealous. In the 60's it was all about dapper Limousines; Lincoln, Cadillac, and even Rolls Royce. In the 70's we saw the King dabble in sideburns and sports cars, like the De Tomaso Pantera and even a Ferrari Dino 308 GT4.

What most people don’t know is, in the late 50’s, during his stint in the US Army, he snuck in a quick love affair with the iconic BMW 507; one of the most sought after Bimmers ever built.

1958 - With The Cold War looming over the world, the US instituted the only extended peacetime military draft in its history. Elvis, at the prime drafting age of 23 years old, was drafted into the Army and shipped off to Friedburg, Germany for two years of military service.

While there, the mega star found himself at a BMW dealership standing in front of an all-white, hand built, sleek two seat roadster, powered by a 3.2-litre V8 with twin carburetors that delivered 148 horsepower. All it took was a short test drive, and Elvis purchased it without any hesitations. Fortunately for him, he didn’t live on the base at the time, which gave him plenty of opportunity to cruise the German streets and use the Bavarian dream machine as his daily driver. Everywhere Elvis drove, stampedes of international fans swarmed the car, leaving traces of red lipstick kisses all over it’s pristine white body. This drove the King mad, and he had the entire car painted red.

When his two years of service were up, Elvis returned to The States, and nobody knows quite how he parted with the BMW, but he did, and, according to records, it made its way to a Chrysler dealership in New York. From there, the 507 traded hands between only a few owners who raced the vehicle without knowing of its royal past.

Fast forward to a few years ago, and 30 miles south of San Francisco, Elvis’s 507 sat untouched, under a dusty car cover in the back of a barn on a pumpkin field in Half Moon Bay, CA. It sat there for nearly a decade without a motor until BMW’s Classic Department was informed about it.

2016 marked BMW’s 100-Year anniversary, and at the Pebble Beach Concours d'Elegance, they chose Elvis’s 507 as their torchbearer. BMW considers it the grandaddy of their motorsports and performance legacy, and only 250 of them were ever produced, which means, at auction, they fetch up to $3,000,000 depending on condition and historical importance. 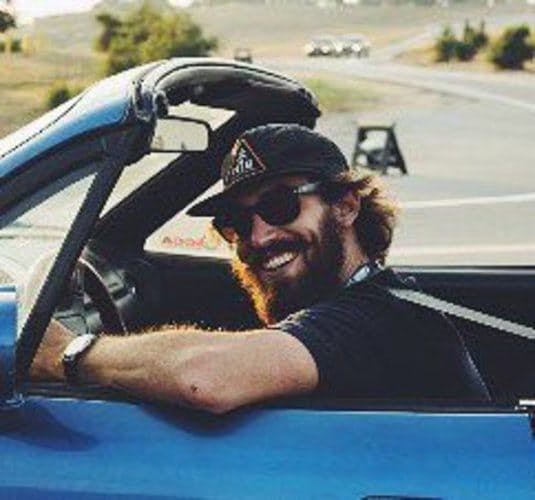 Ittai Geiger is a local San Francisco car nerd and comedian. When he's not capturing a #streetfind, he's cruising around on his moto or putting in laps at the local kart track.

The Obstacle Is the Way: an Int...