onnie Vincent grew up on the novels of Jack O’Connor and his father’s hunting journals. He developed an interest in wildlife and exploration as a kid, seeking out snapping turtles and leopard frogs. That turned into full-blown passion by the time he arrived at college, majoring in Wildlife Biology, which led him to distant corners of the Earth: studying Bengal tigers in Bangladesh and Nepal and Pacific salmon in Alaska. 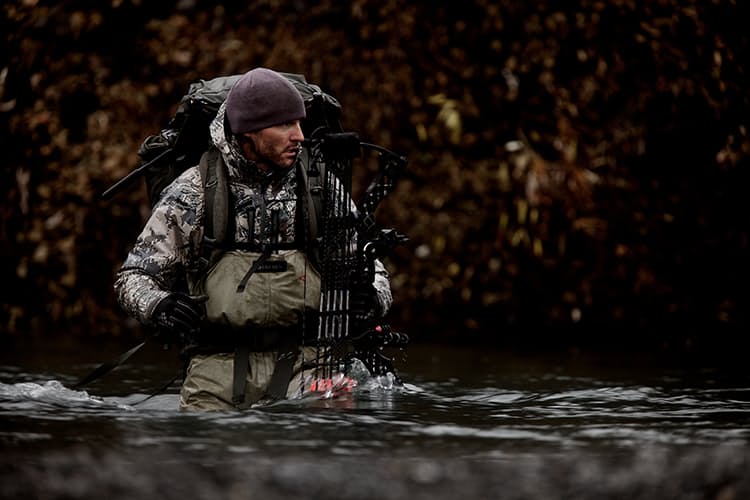 That passion later turned into a sense of adventure and, since then, Donnie has been defining adventure for himself. What began as a series of summers spent living and researching in Alaska has turned into a lifestyle with expedition hunting at its core. It has taken him to places such as Patagonia, Newfoundland, and the Arctic Circle – finding locations that take several days to reach.

These days, Donnie is focused on bringing the story of adventure to a larger audience. In doing so, he has begun releasing a variety of films – both short and feature-length – in an effort to show the true nature of expedition hunting. You may remember him from the stunning Vimeo Staff Pick, Who We Are, from September of last year. Well, we were lucky enough to track the busy hunter down for a few questions.

After decades of hunting, what inspires you to continue?

DONNIE VINCENT: I am a hunter. The act is inspiration in and of itself; that notion can be represented with a simple photo or idea. The desire to hunt lives in my soul – I come from ancestors that were strong hunters. I can’t imagine losing that yearning for the outdoors, to hunt and fish outside. I believe adventure lives within each of us. We all have this gene. No matter where you live – the suburbs or the Himalayas – the need to explore – to go look – never goes away. 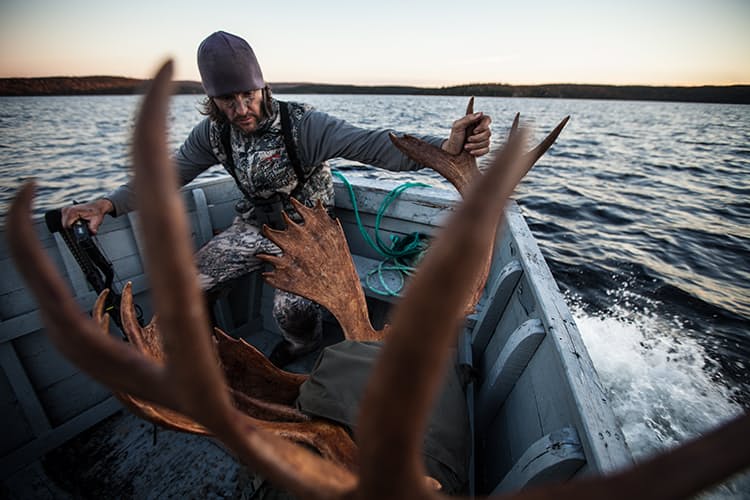 What’s the biggest misconception about hunting that you’d like to dispel?

DV: Oh man, there are so many misconceptions, that’s actually part of the reason we put our video short, Who We Are, together. What leads up to a larger point is that hunters are merely expressing an ancestral urge. We all have it, yet it lives stronger in some than others. Hunters aren’t bloodthirsty; there's nothing interesting about killing an animal; The act represents something larger, something symbolic of heritage, not sport. Animals aren’t trophies. Even if you collect the horns, antlers, skulls, or skins in addition to the meat, those pieces are preserved as a remembrance to an incredible day, a tribute to the animal, or a type of art.

I encourage others to step back and consider what their routine might be if there weren’t grocery stores and restaurants. I think it changes one’s perspective.

You’ve mentioned that you can spend upwards of a month on an expedition. Do you have a plan for the duration of each trip or is it an indeterminate period of time? What are the limiting factors with an expedition of this length?

DV: When deciding on the timeframe for an expedition, we’re usually looking at the distance we’ll have to cover on foot, by raft, or kayak. But, most of the time, we’re planning to stay out for as long as possible – an entire season if it’s a shorter hunting season. The longer we can stay, the more incredible the experience; it’s almost always a direct correlation.

Two years ago, we went up to the arctic to hunt Alaska-Yukon moose. We stayed for twenty-two days. When we arrived, the leaves were bright green, the temperature was mild, and the moose’s antlers were in full velvet. By the middle of the trip, the leaves had turned a spectacular golden. Every time the sun came up, it took our breath away, and the moose were really starting to do the deal. By the end of the trip, everything was brown; the leaves were gone, ice was forming everywhere, and the big bulls had harems of cows. Every day was different, truly different. 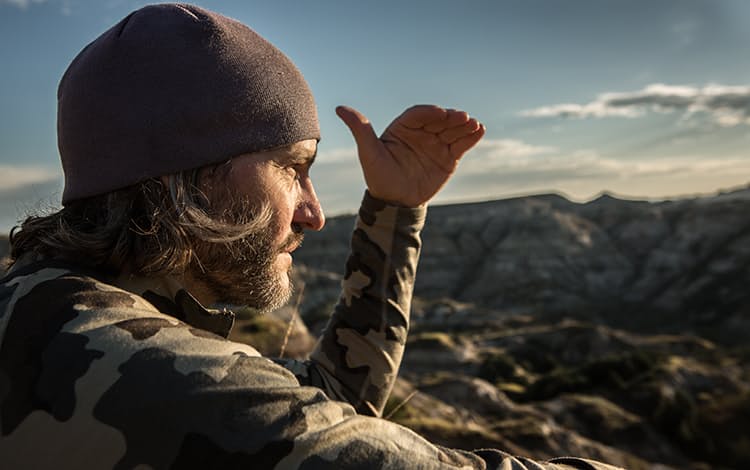 What’s the most undervalued piece of gear that you bring along? Is there something you use each trip that others may be overlooking?

DV: That’s a difficult but great question that I’d like to answer two ways:

First and foremost, bring a personal locator beacon – a SPOT, DeLorme inReach, or an ACR – just do it. Some might feel like it doesn’t make you tough or fit to be called a survivalist, but if you’re sitting in a Super Cub that has just crashed and staring at your femur sticking out of your pants, you’ll love that damned thing.

Secondly, a rule that I learned in Alaska several years ago (and still live by): "Two is one and one is none." If you only bring a single item to cover a task, you’re at risk of being left without if it fails. I’m not suggesting bringing multiple items, rather bringing items with multiple purposes. For instance, we use a wood stove in our floorless tipi. It works for heat, obviously, but also for drying our clothes and as a backup for warming water in case our other stove fails. Our down gear functions as a backup sleeping bag, our rain gear can be a backup tent – my point is that if you plan for failure, you’ll end up safer. 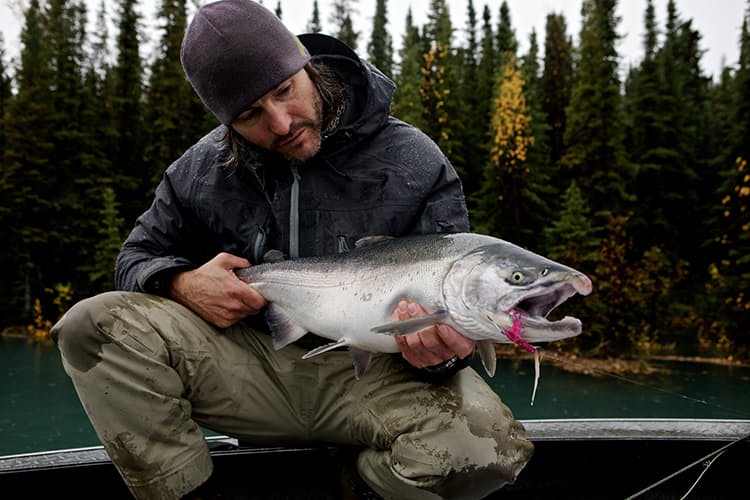 You’ve just returned from being out; it was a successful hunt. What’s your go-to recipe for that first meal?

DV: Eating and sharing what we kill at the end of a successful hunt is one of the most rewarding aspects of being a hunter. We usually pack along some olive oil, salt, pepper, and a giant white onion so that we can fry up some strips of meat when we return to the tent.

Imagine: the wind is howling, rain is pelting your every step, you’ve just carried close to eighty or ninety pounds for the better part of the day or night, and now you get to enjoy and share the spoils of your effort with dear friends. It’s a meal everyone needs to experience. 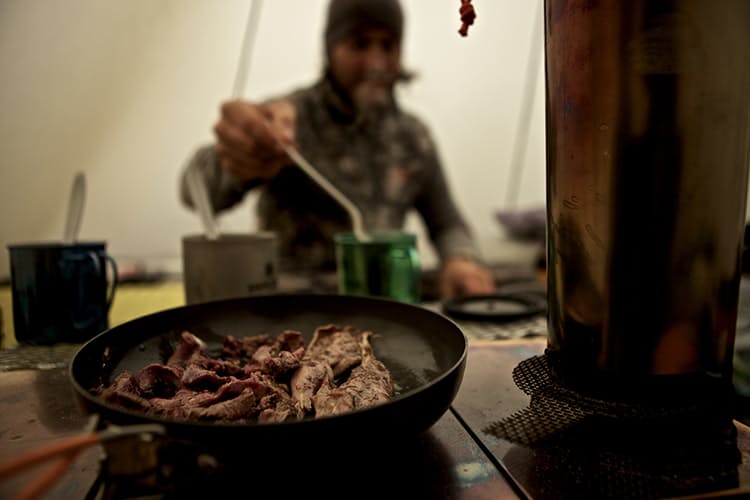 What drove you to begin capturing these experiences on film?

DV: In the beginning, we taped our hunts simply because we wanted to show our friends and family some of the cool things we were seeing. Our first attempts were less than inspiring – we didn’t take anything quite seriously – but we progressed. We bought better cameras and took bigger trips, despite still considering our audience to be friends and family.

Then, in 2009, I did an expedition hunt in the Yukon Territories with a professional photographer who was working on a magazine piece. The hunt went well and I returned with countless beautiful photos – the type of photos that tell a story. The response was incredible; it was a moment of inspiration. I realized that it was time to expand the scope of what we were doing, to truly begin telling stories on a bigger scale to a bigger audience. One thing lead to another and here we are. 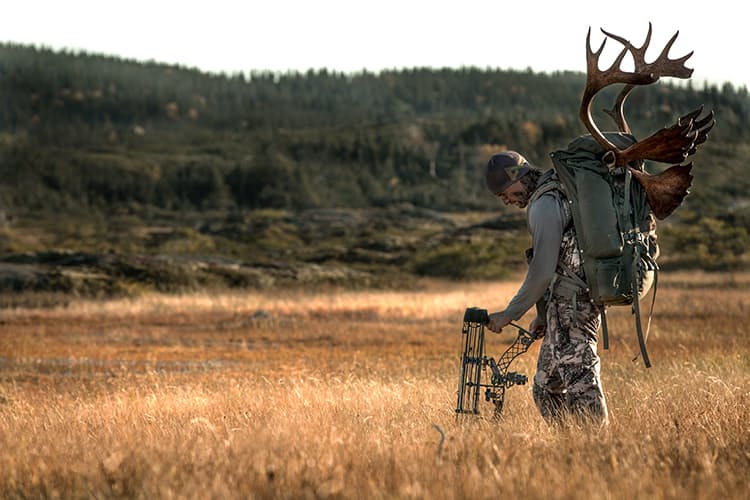 The River’s Divide seems parallel to Ahab and the white whale – were there times you felt like the mad captain while hunting Steve?

DV: Well, “Steve” didn’t crash my first ship and cause me to lose a leg, but that would be pretty gnarly. At times, my ground blind may have felt like Ahab’s Pequod, but I didn’t experience any madness toward Steve – certainly not like Ahab felt for the white whale – but I spent plenty of time thinking about my course.

Hunting Steve was a sincere experience, certainly a journey, and even though I would lose my way occasionally, I wouldn’t change a thing. Well, except maybe missing him clean with my second arrow that first time around…

You’ve had an exceptional series of experiences – from studying Bengal tigers in Nepal, living and working for the U.S. Fish and Wildlife Service in Alaska, to taking prolonged expeditions into the Northwest Territories – is there anywhere you’ve been or any experience you’ve had that stands out against the rest? 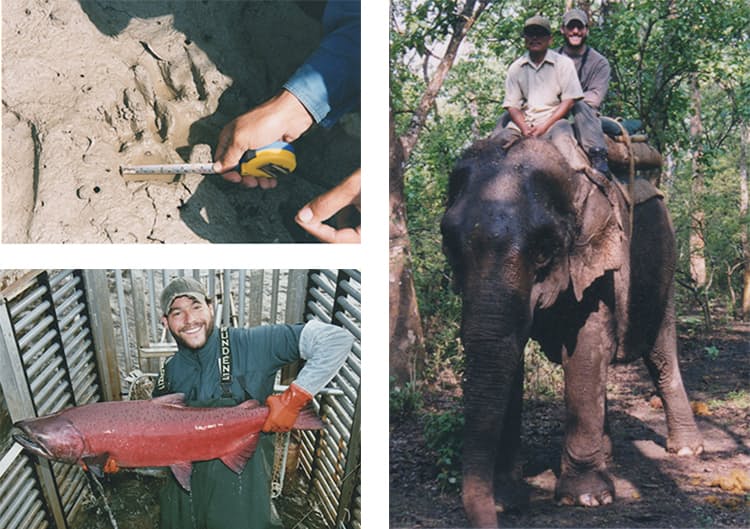 DV: It’s really tough for me to pick any single event, but I can give you a short list of moments that that I think of often:

First, while in Alaska, a jet-black wolf walked into camp on a snowy afternoon. I’ll never forget his golden-yellow eyes; we stood politely close and stared at each other for quite some time. He was beautiful. 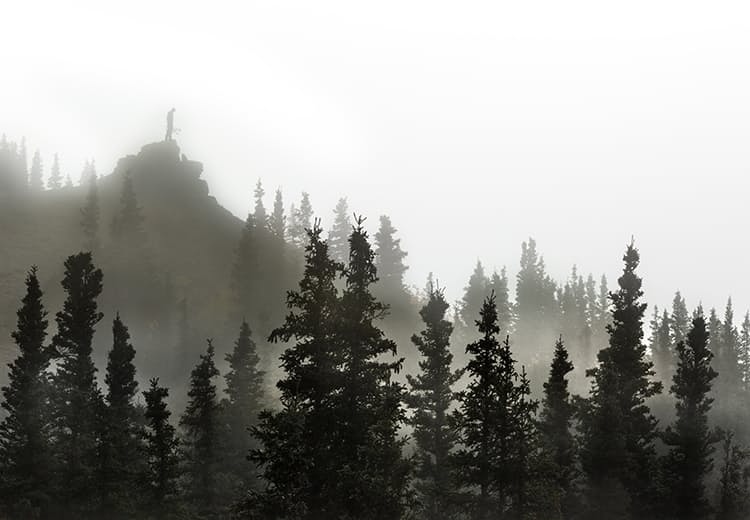 In Bangladesh, I was invited to help work on a tiger project in the Sundarbans – the world’s largest mangrove swamp. We were marking tiger tracks at the crossing of the canals, which is a technique used as a variable to estimate population. It was likely the single most dangerous thing I’ve ever done. At night, we would anchor the boats in the middle of the canal and lie on the roof, listening to the tigers roar in the jungle. Those nights will live with me forever; they were few, but incredible.

Lastly, while I was researching salmon in Alaska, I was fortunate enough to watch the fish return to their spawning grounds. One day, the river would be eerily quiet; then, in the next three days, the first push of fish would return. I was watching an entire ecosystem come to life. I often think about that part of my life. I miss it dearly.

These moments may sound simple, but that’s part of what makes them so exceptional. [H]

You can learn more about Donnie's next big hunt, follow his blog, and catch up on any new video releases at his website here. We'll see you out there. 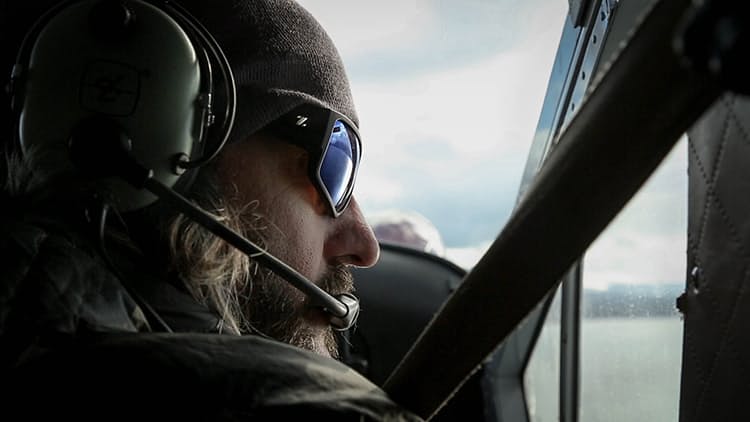 David Ethier is a Huckberry Correspondent based in 'Lil Rhody' with his wife and three pets.
If out of the office, he’s likely somewhere in the Appalachian Mountains eating novelty ice cream treats.
Give him a follow on Instagram here.

< How to Hit the Road
Fitness Travel Guide >